The Sleeper House: All Decked Out for the Holidays

If you’ve ever driven up 1-70 from Denver to the mountains, you’ve seen the Sleeper House, more formally known as The Sculptured House—that spaceship-esque residence built almost as if an extension of Genesee Mountain. The distinctively elliptical home was crafted by architect Charles Deaton in 1963 and went on to be featured prominently in the 1973 Woody Allen sci-fi comedy, Sleeper.

Well, Matthew Bliss, creator of The Modern Christmas Tree, has stepped inside the Sleeper House for a noble cause. A portion of every sale of his lightweight-acrylic, A-frame Christmas trees goes to the Alzheimer’s Foundation of America—a cause close to home. Bliss created The Modern Christmas Tree company in tribute to his late grandfather, Lawrence “Bud” Stoecker, who was an architect and engineer before battling Alzheimer’s later in life. 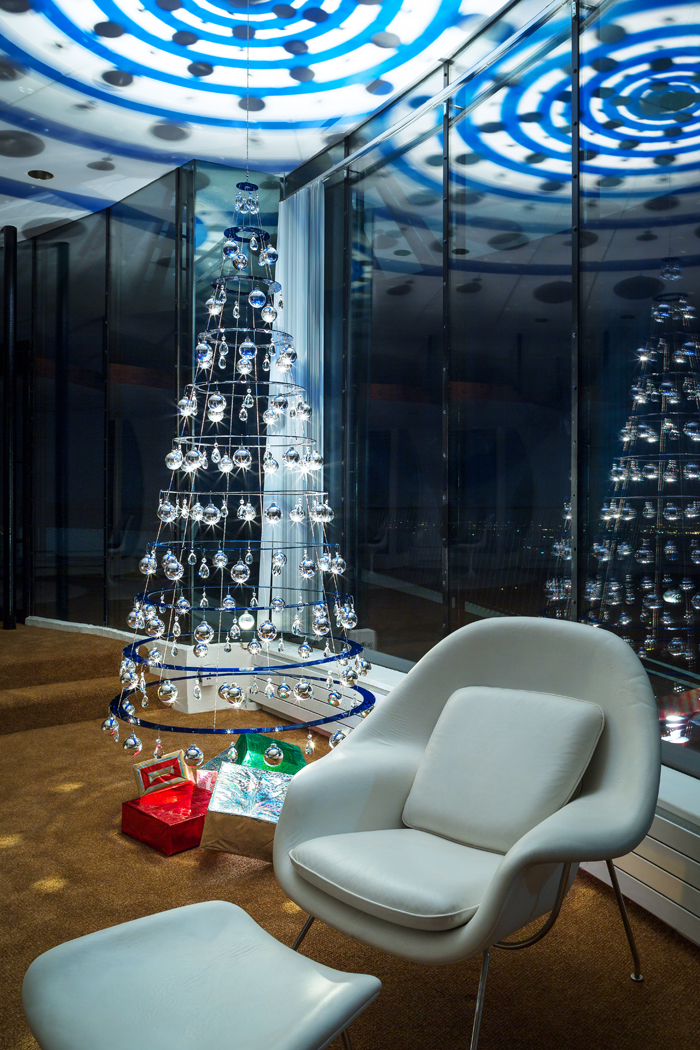 “Grandpa Bud,” as he is called, specialized in building A-frame homes in the Rocky Mountains of Colorado and is the original designer behind the Modern Christmas Tree. Bliss continues the legacy and pays homage to Bud's passion by updating the design and making the trees available to homes looking to enliven their modern decor for the holidays. And it is a special treat that his trees are displayed at The Sleeper House. 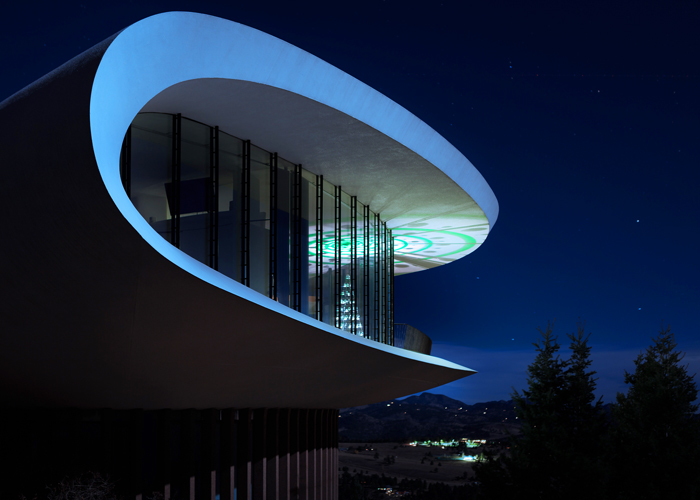 “When I was a kid, our family would drive up 1-70 on our way to go skiing,” says Bliss. “Every time we approached Genesee, we would look for what we called the Spaceship House. It’s a mysterious, iconic house to anyone who grew up in Colorado. My grandpa must have driven by it hundreds of times while making A-frame cabins all over the Rocky Mountains, so to be able to photograph his trees in such an important home was a dream come true.” 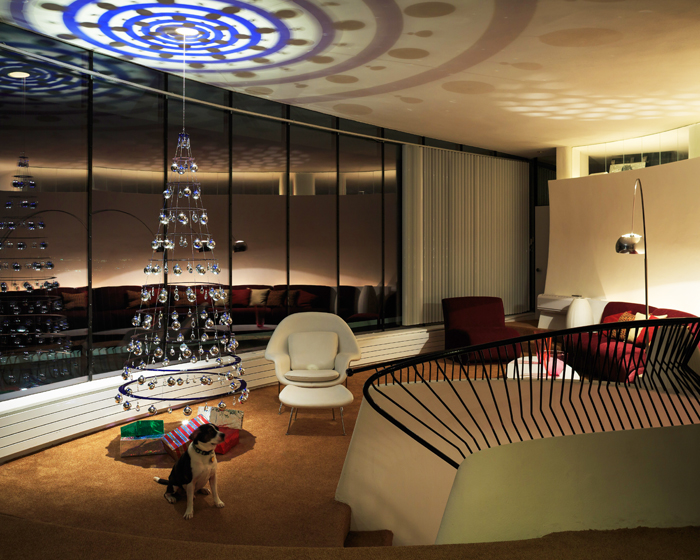 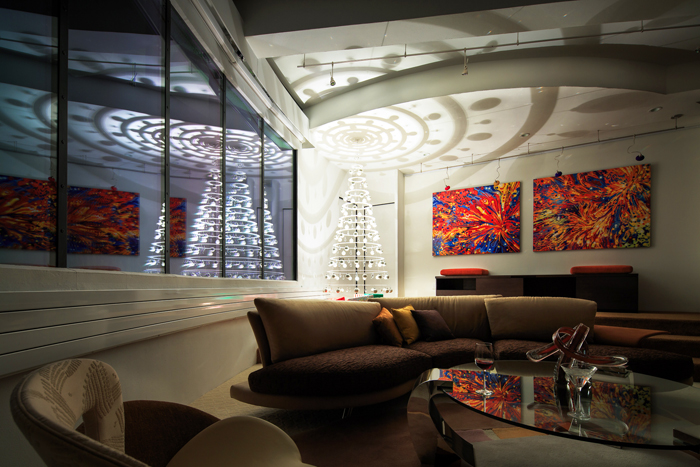