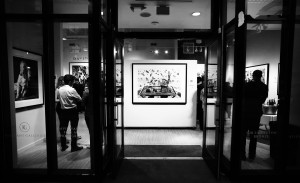 When seeing a David Yarrow photograph for the first time, your inclination might be to assume it’s photoshop. Against your better instincts, the fine art photographer is simply capturing what’s in front of him. On display at Relévant Galleries in Cherry Creek, his stunning black and white photographs are sure to draw you in. 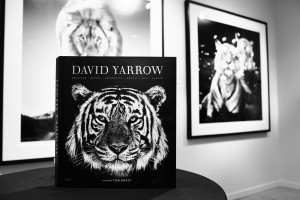 Opened in July of 2021 just steps away from Hotel Clio, the gallery receives a large amount of foot traffic. With faces of all ages pressed to the glass walls, it’s obvious that Yarrow’s work appeals to the masses, fostering an aquarium for curiosity. Passersby typically find themselves attracted to either the striking wildlife photography or the staged pieces that tell a unique story. The range of Yarrow’s work at the gallery makes for a diverse display. 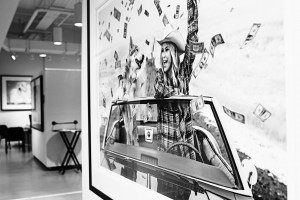 Fine Art Advisor at Relévant Galleries Courtney Olson boasts about her favorite piece of Yarrow’s: Fargo. “It exudes happiness. Yarrow was driving down the road in Montana several times trying to get the perfect shot but felt like he was missing something. After calling it a day and grabbing a drink at a local bar, he took cash out of an ATM. When the cash spilled out of the machine, a lightbulb went on. The flying bills in the image made the rest of the story come together,” says Olson. 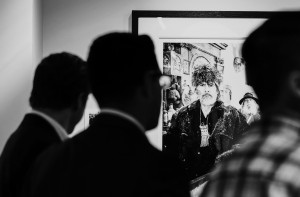 Familiar faces like Cara Delevigne, Cindy Crawford, The Wolf of Wall Street and more are main attractions. As if featuring wild animals like wolves and lions weren’t enough, Yarrow ups the ante by juxtaposing celebrities within the frame. 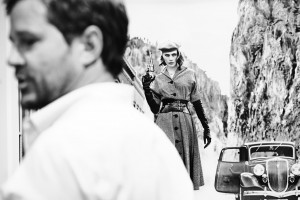 Since emerging in the last 5 years in the US market, Yarrow’s prints have blown up across the states. Each photograph only exists in 20 prints or less.