Two Denverites Change the Face of the Vanilla Industry

By farming with humanity and grace, their vanilla hits the sweet spot 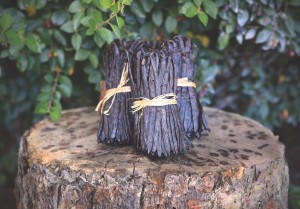 Coloradan Shana Gilbert moved to Uganda in 2005 at age 31 to make a documentary film. What happened over the next seven years led her to the vanilla farming industry, where she subsequently helped a group of street kids find sustainable work in a suffering country. Today, Gilbert and childhood friend Laura Lind own The Sweetest Bean, one of the most socially conscious vanilla bean companies in the world, and have deeply impacted the Colorado food industry— especially if you like vanilla ice cream. 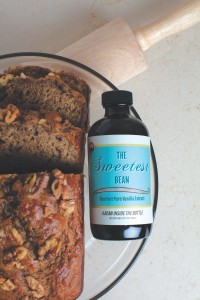 The Sweetest Bean vanilla extract holds up particularly well in high heat, making it perfect for baked goods, such as cookies, pancakes and breads. The vanilla bean powder has proved delicious in a barbecue rub on baby-back ribs. | Photo by Kevin Von Qualen

How did you find out about the vanilla industry in Uganda?

SG: Living in West Africa in my 30s, I learned firsthand that even when you build a school and sponsor everyone in your community to get an education, there is still no economy to get a job or sustain a family. After years of selling chickens and pigs, starting a hair salon, sewing clothing and running taxi cabs, I decided to find an industry that was both international and would generate enough income to create life-sustaining jobs for the kids I had met in Uganda. That’s when I started to search for quality vanilla farmers and a viable crop. 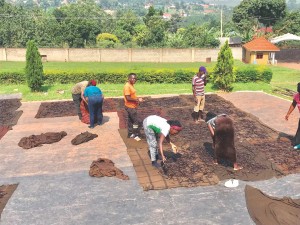 Daily wage in Madagascar is $.75 a day, which is less than half of what determines extreme poverty,” says Gilbert. “Our business pays above minimum wage, with a bonus every season and provides at least two meals a day.” I | Photo Courtesy The Sweetest Bean

SG: I had no intention of going into the spice industry, especially a corrupt one. But Uganda is in a unique position in that it’s landlocked, so it doesn’t suffer the number of natural disasters like Madagascar, Tonga and Papua New Guinea [other top producers of vanilla beans]. The world views Madagascar vanilla as the best-flavored, but Uganda has the same vines with much less human abuse and child labor. My community in Uganda started working with over 400 farmers to gain organic certification, and through that arduous process, a stable connection was forged. 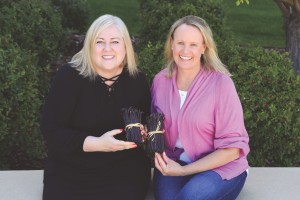 Lind and Gilbert grew up together in Colorado making their way through various nonprofit management jobs.  | Photo by Zonya Hamilton

Describe the process of growing vanilla in Uganda.

SG: We have two crop seasons each year and don’t actually do the farming ourselves; we’re the “middleman” in the process. Vanilla beans grow from an orchid flower that must be fertilized in nature by a very small bee. So the farmers run the vines all day ready for a flower that opens for only an hour or two in the hot sun before shriveling up and dying. The bean then takes nine months to grow before it goes to the market, where our team buys it. That’s when our curing process begins. Our team blanches the beans, cooks them in the hot sun for an hour every day for months and rolls them in wool blankets to sweat all night. 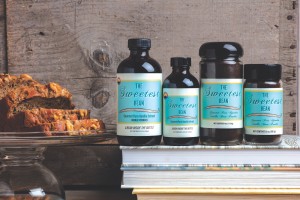 The Sweetest Bean puts a vanilla bean inside every bottle of extract, ensuring the continued aging and enhancement of the extract. Also unique to the industry is gourmet vanilla bean powder, which is ground-up whole beans with no additives or sugars, making it pure. | Photo by Kevin Von Qualen

What happens after the beans are shipped to Denver?

LL: Once the whole beans arrive in Denver from Uganda, we ship them all over the country. We provide beans to large breweries (including New Belgium), distilleries, bakeries, chocolate and ice-cream companies, such as Little Man Ice Cream in Denver and Cream Bean Berry in Durango.

Fact #1
Excluding saffron, vanilla is the most expensive spice in the world.

Fact #3
Ugandan vanilla beans are unique in that their robust seeds are more abundant than other varieties.

Check out a recipe for The Sweetest Bean’s Vanilla Shortbread Cookies.

An Eagle Eatery to Rival the Rest of Vail Valley