The Most Popular Wallpaper Trends of 2022

From chic Chinoiserie to bold geometric designs and a maximalist aesthetic, there’s a wallpaper for almost every design style this year 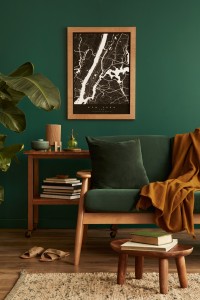 Over time, the popularity of wallpaper has ebbed and flowed. Sometimes considered a chic status symbol and sometimes seen as an outdated remnant of ages past, designers have long been divided over this trend’s place in modern room decor. Recent years have seen an uptick in the minimalist gray and beige interiors, but all trends so far in 2022 point to the end of minimalist shades and the rise, once again, of wallpaper.

In fact, Fixr’s 2022 Paint & Color Trends Report finds that wallpaper is one of the hottest design choices du jour. Here’s what experts are saying about what types of wallpaper will dominate the industry this year. 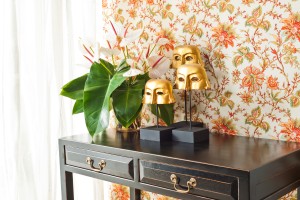 For starters, florals never really went away. Walls of bold, large-scale foliage have already been established as key players in this year’s wallpapering trend. Additionally, Fixr’s report predicted that green and nature-inspired themes — including florals — will be the most popular choices for wallpaper this year.

The majority (56%) of design specialists chose this theme, which ties in well with the similar trend of natural, earthy tones and subdued yet expressive decor.

“Wallpaper can bring in one color or several colors at a time. It can also introduce a pattern or create a focus in the room, so it is as much about the color as it is a theme or enhancement of the area,” the report reads. 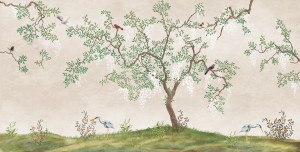 Chinoiserie-inspired patterns are also on-trend this year. These offer the European interpretation and imitation of Chinese and other East Asian artistic traditions, including mountains, cranes and other outdoor landscapes. It can also include people or whimsical designs, meaning it’s versatile and flexible to fit a range of design styles.

Chinoiserie has been the darling of upper-middle-class decorators for decades, whether it’s used to create a large mural or a smaller, overarching design theme. It makes sense that the return of wallpaper would not be complete without it.

Geometric patterns might be on what some may consider the other end of the spectrum entirely, but they’re equally popular this year. Many modern spaces may opt for the subdued, muted and almost minimalist possibility of geometric design, while others may use its penchant for bold lines as a way to evoke interest and personality in a space.

Much like Chinoiserie-inspired wallpapers, geometric designs offer a wide range of options for everyone, from the low-key and conservative to the most daring and experimental. 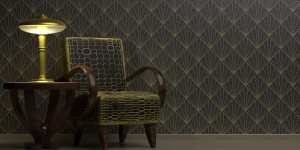 Another popular trend got its start 100 years ago, but Art Deco is back for this century’s own take on the Roaring ‘20s.

It’s largely characterized by exuberance — starkly contrasting the more cerebral and practical Bauhaus and De Stijl aesthetics that emerged during the same time period. Images of the Art Deco look today may evoke something adjacent to a Great-Gatsby-esque ball, but the sleek, geometric and stylized design elements pair nicely with the recently surging Dada art movement, making it another trending aesthetic for wallpaper this year.

In general, color is back. Last year’s Scandinavian minimalism is out and maximalism is in. Wallpaper is a good way to bring color and pop to a space that otherwise may have been overtaken by the soft, Ikea-esque simplicity that dominated the trends for the last few years.  Maximalist wallpaper designs may include a more stylized and dramatic take on florals, or satin-like damask reminiscent of table linens and upholstery.

By combining different textures, patterns, materials and other design elements, a room in the style of so-called “organized chaos” will stand out.

Wallpaper pays a unique homage to the timelessness of past aesthetics while still embracing the freshness of modern design. In the hands of a thoughtful designer, the sky is the limit.