The Lowdown of the 2016 Denver DerbyParty

On Saturday, May 7th, 2016, people of all ages and from all parts of the country (and beyond!) flocked to the second-largest derby-themed event in the country, second only to the original Kentucky Derby: The Denver DerbyParty®.

Despite the dreary gray skies, the 15th annual bash was “the best Derby yet,” according to Mark Barger, one of the key players of the Sean ‘Ranch’ Lough Foundation—the meaningful and generous cause behind all the fun.

“The Derby Spirit really shone through nearly all the guests, with the right attitude to look beyond the weather. We even heard from one guest—who is from Kentucky—that this party was even better than the actual Derby!”

Check out the recap below to see just how successful the 15th anniversary celebration was! 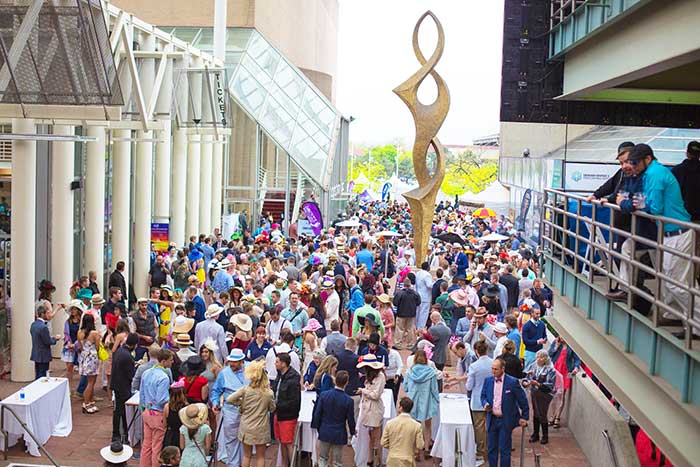 The DerbyParty was held at the Denver Center of the Performing Arts complex. 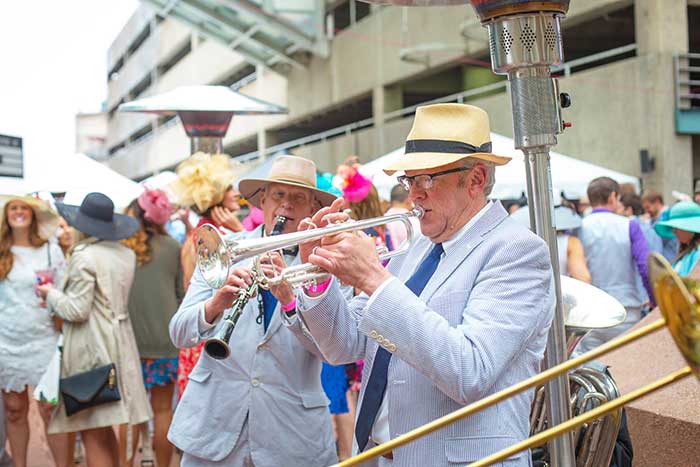 People traveled from as far away as London and Brazil to attend. 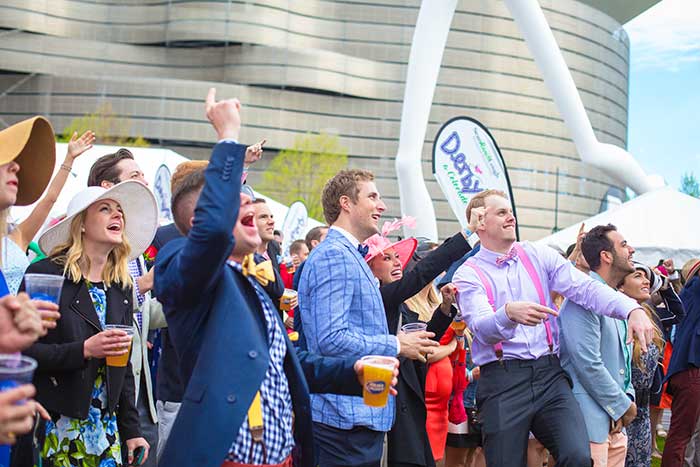 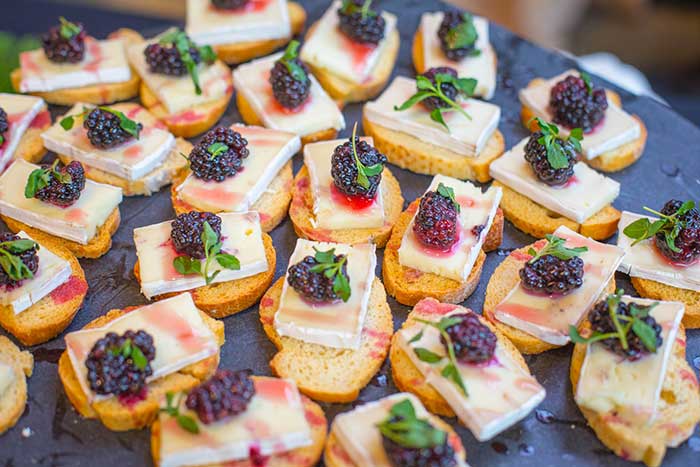 To curb guests' hunger, there was great food from Denver's top restaurants and caterers. 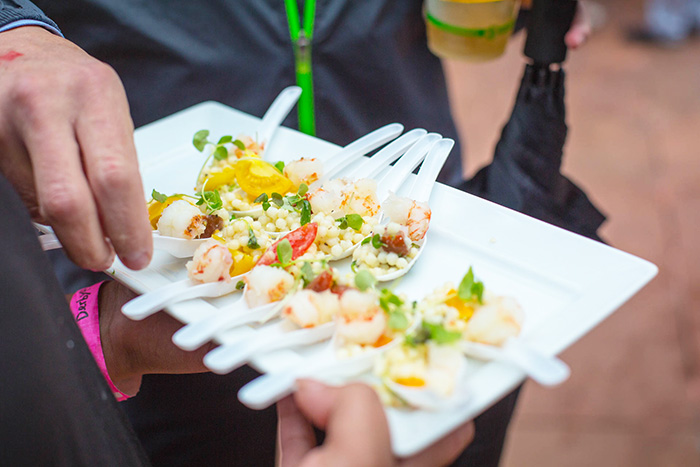 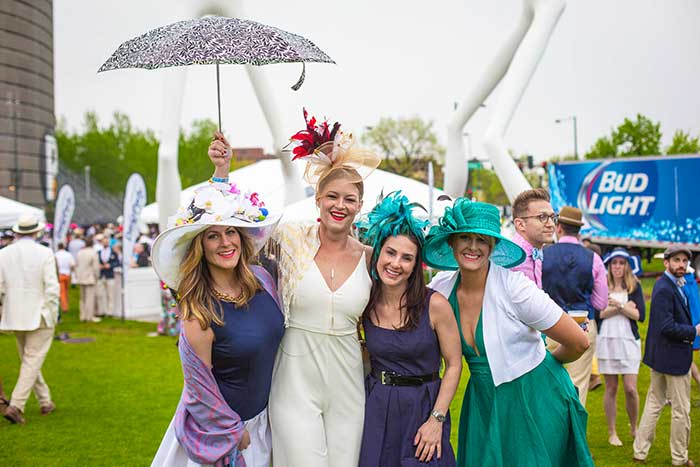 Guests came in their finest Derby attire—equipped with rain gear, too, to weather the showers. 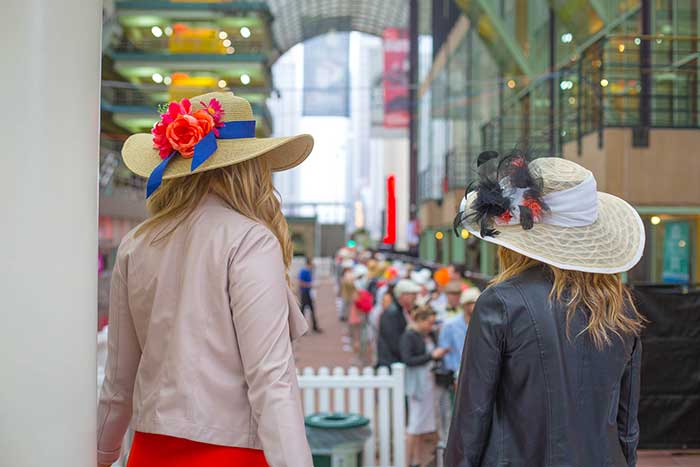 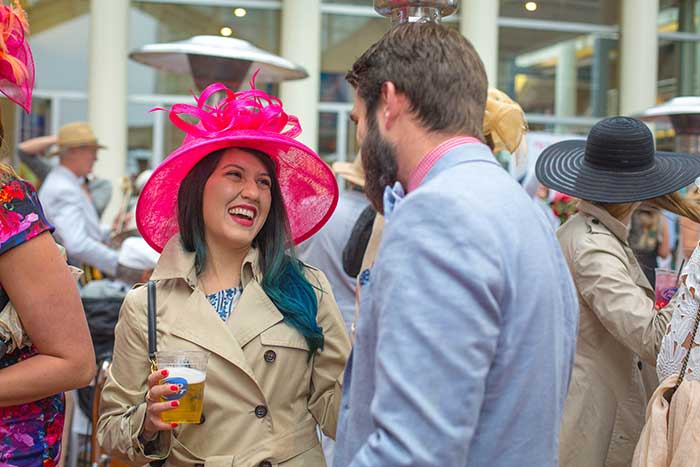 The Derby hat tradition was in full force! This year's contest trend? Cupcakes and butterflies. 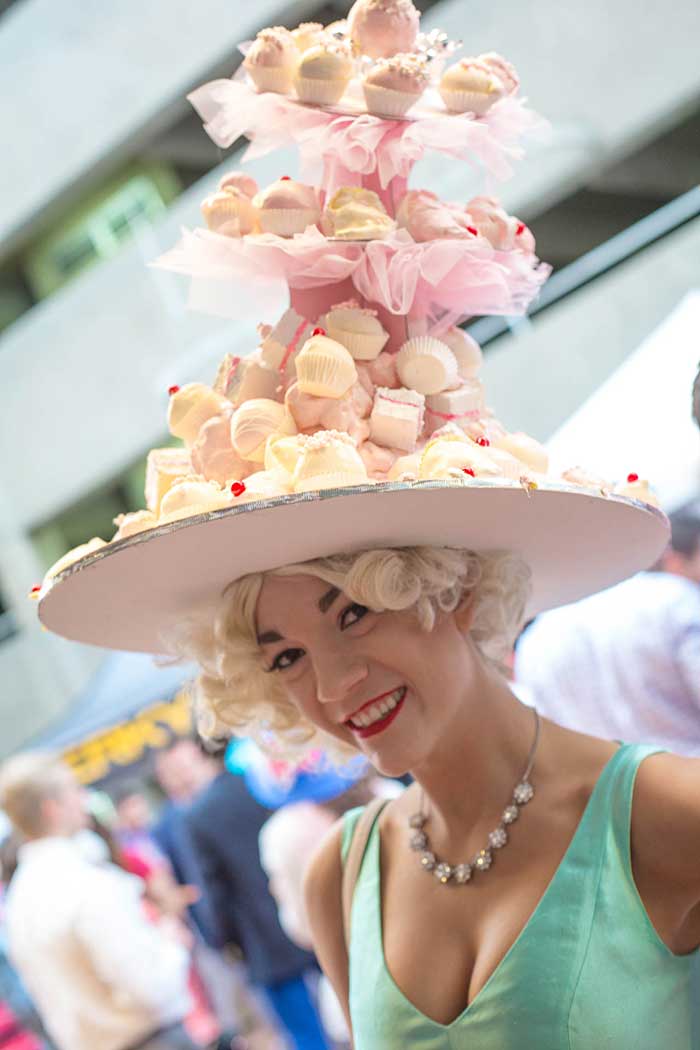 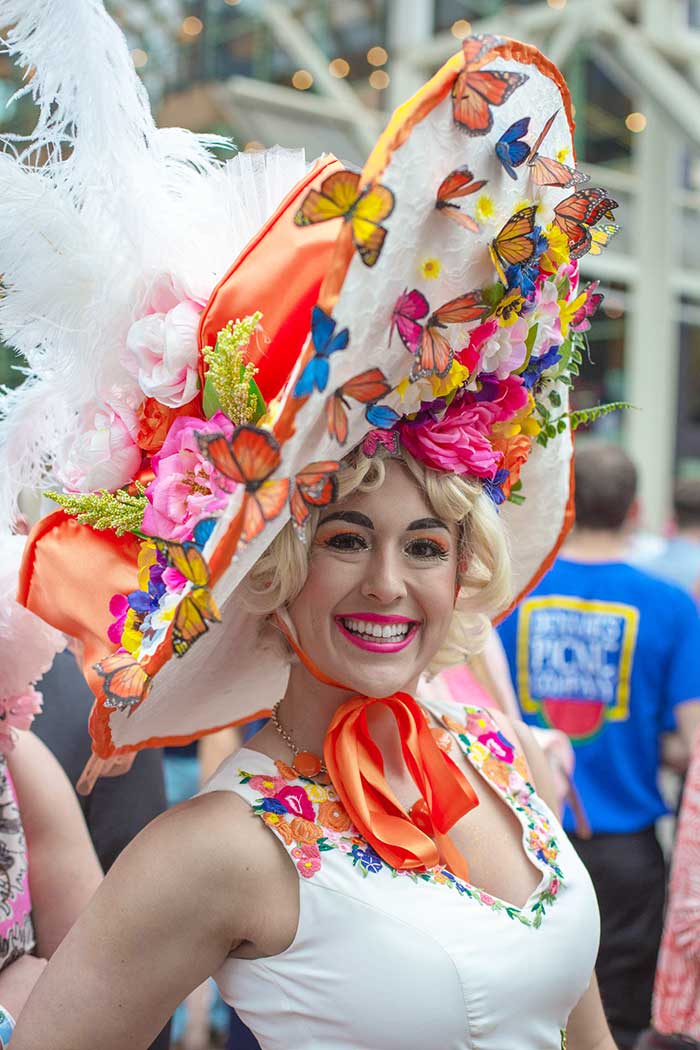 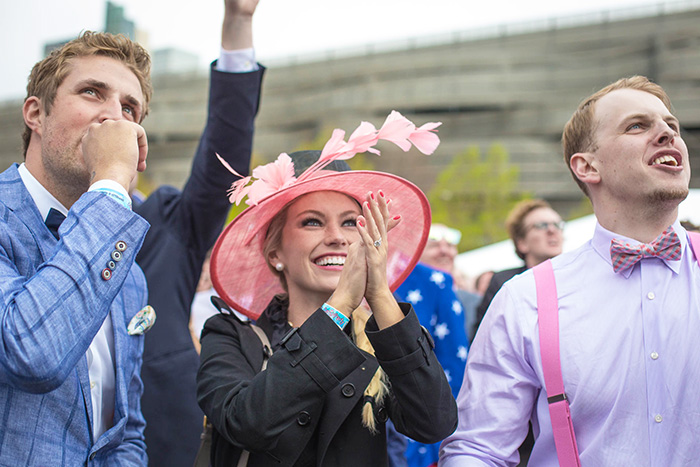 Of course, guests watched the Derby on the giant screen. 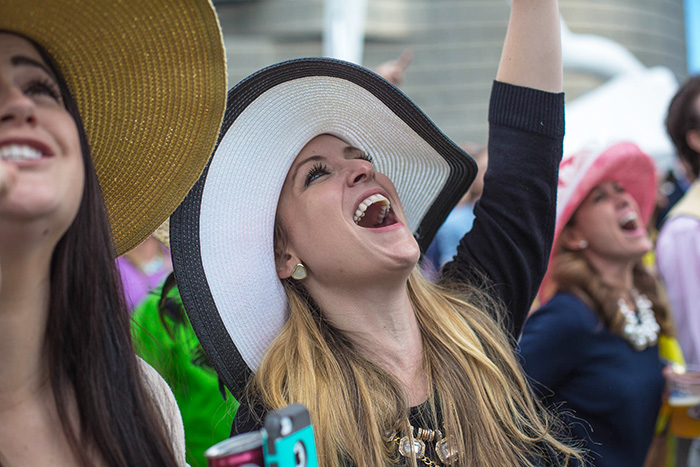 During the scholarship award announcements, both runners-up were surprised to learn they, too, would receive full rides—giving the most the Foundation has ever awarded in its history! 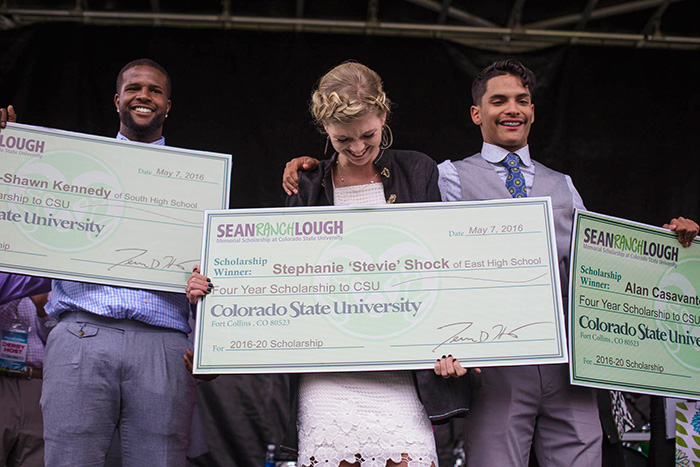 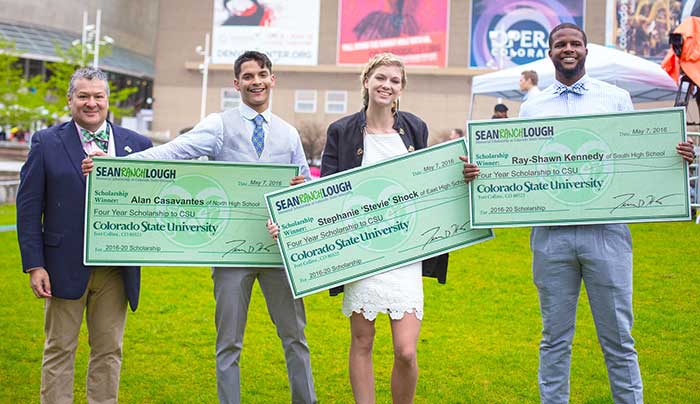 The band Stereo Clone rocked the party, as well as world-class DJ Michael Smith, who kept people dancing for over 2 hours—and an hour past serving alcohol! Over a thousand stayed to enjoy the music. 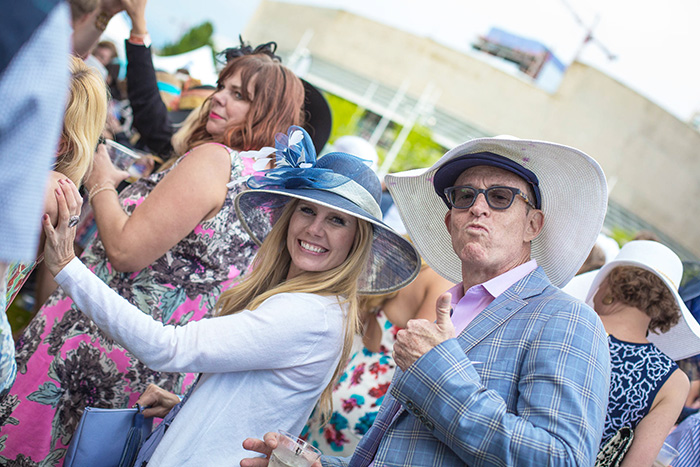 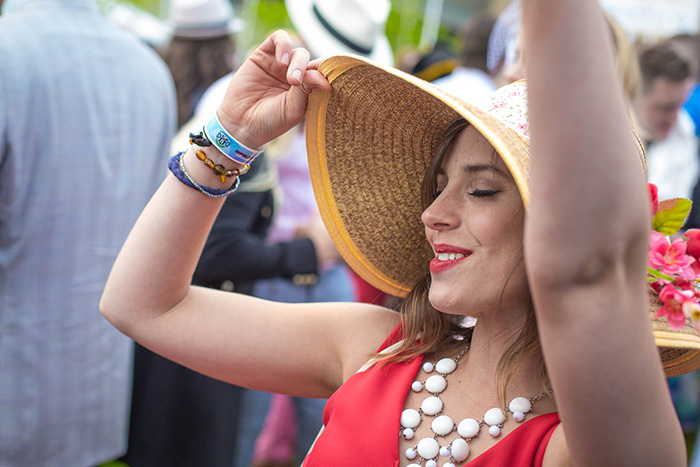 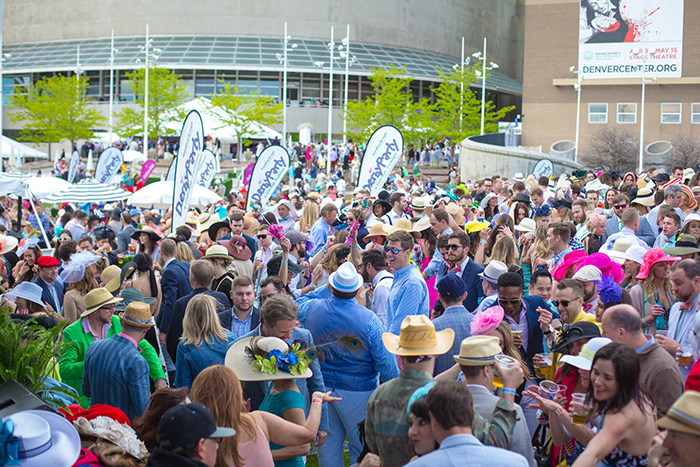 All in all, it was an incredible turn out, and vendors and guests alike were not deterred by the rain. Here's to next year's Denver Derby Party, slated for May 6, 2017!