I learned to ski at age 8 in Pennsylvania at a sleepy resort about an hour and a half from Pittsburgh, appropriately named Bear Rocks. I know it’s an odd spelling, but they had a bear in the logo. I treasure the photo of that very first day (below), and ever since then, I’ve been in love with heading downhill with the wind in my hair and snow beneath my boards. 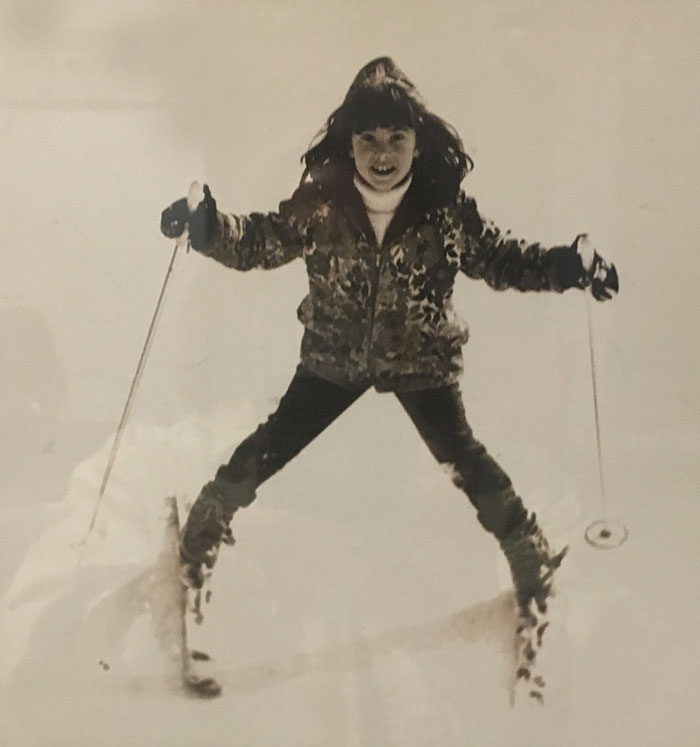 My first day on skis at Bear Rocks, in western Pennsylvania

I’ve had a long list of skis—K2, Rossignol, Atomic and Olin are a few of the names I can remember. But like all lovers of the sport, I lust for new equipment, so after I met Wagner Custom CEO and Founder Pete Wagner, I was determined to have his cutting-edge custom technology and thrilled with the opportunity to design the skis myself. Full disclosure: I suggested this story, because I knew I couldn’t write about the process without experiencing it first-hand. So I am now the lucky owner of my very own custom sticks.

WHY I CHOSE WAGNER: Pete Wagner is an engineer who first worked in the golf business, customizing equipment for the pros, and he developed a program that adapted that customization process to skis. He lives in Telluride and has a factory in Mountain Village, so I have the privilege of claiming skis handmade on a mountain
in Colorado.

THE PROCESS: Potential buyers can go to wagnerskis.com and fill out their Skier DNA questionnaire, the final step of which includes scheduling a brief phone chat with a ski designer to discuss your preferences. (Where do you ski most? What terrain do you love?) I am an accomplished skier and I love bumps, so I wanted skis that are delightful to turn. But the custom ski-making process has the potential to help beginners even more because its technology provides an assist from the get-go. 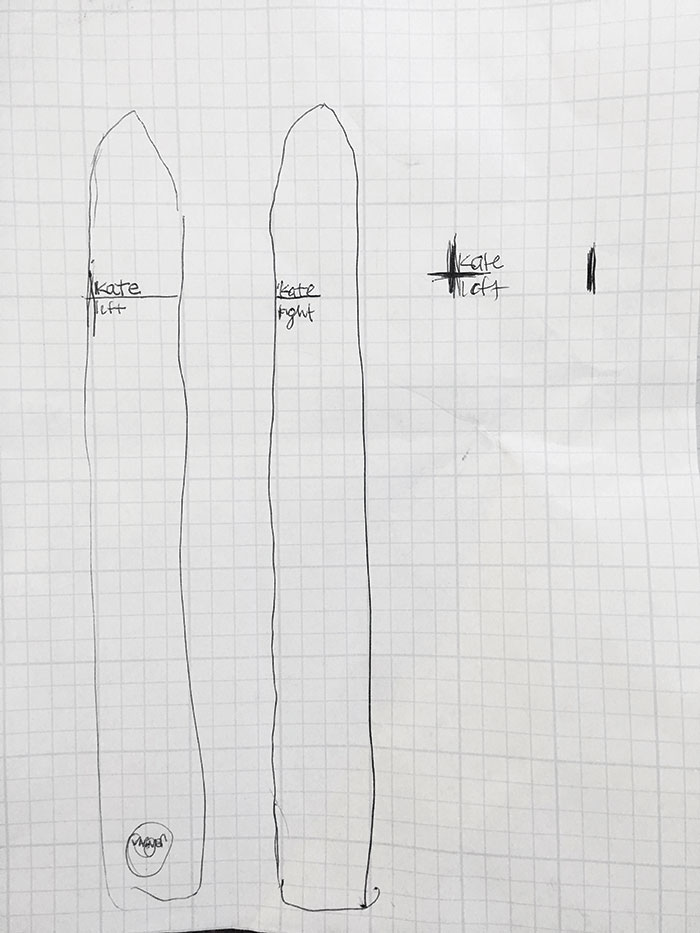 I sent the rudimentary drawing above to Wagner's design genius Heather Baltzley, who took it from there, executing and refining until she had created exactly what I had envisioned

GRAPHICS GALLERY: The Wagner site offers a photo library of skis they’ve already made, including solid colors (Tangerine, Fire and more), stripes, sunsets, topographic maps, wood veneers or even personal photos. Buyers can choose one or design their own. I went the latter route, producing a minimalist creation that would help me with my left/right challenges. I drew a rough sketch and forwarded it to Wagner’s graphics guru Heather Baltzley, who sent me a few different versions of my design. We tweaked a few things before I signed off. 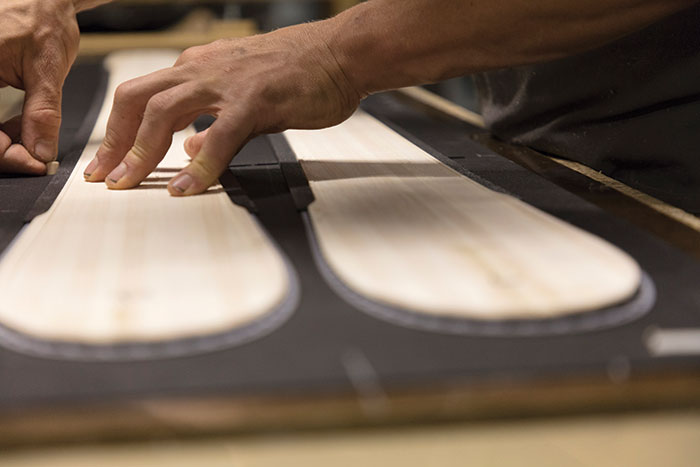 The bases of the skis are outlined with metal edges, and then each layer of the skis is stacked before going into the ski press

PRODUCTION: Ten days later I received an email from Production Manager Scott Hargreave, explaining that my skis had gone into production. I also received a photo of my ski components: cores, base, edges, structural skins and sidewalls. 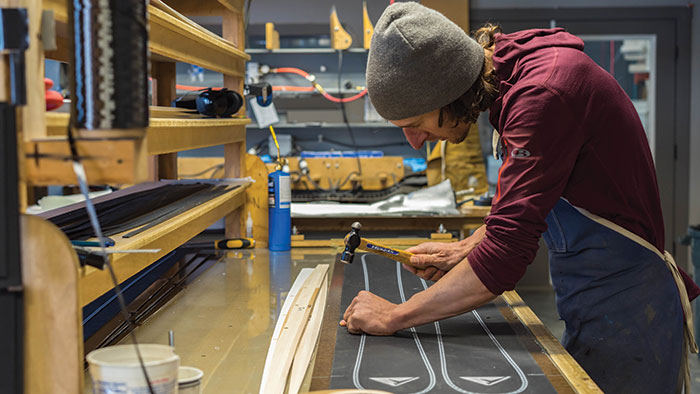 Ski craftsman Dave Chew hones in on the layup process

BIRTH ANNOUNCEMENT: Shortly after, I received another message from Scott.

Hi Kate,
Your skis were born yesterday, and they look great! The skis are pressed side by side (twins!) in one block. They will now be cut out and tuned to perfection.
Cheers!

REACTION: Two weeks later, my newborns appear. I am smiling at my beautiful girls, already named Left and Right. My current mantra: Let there be snow!

Guarantee: All Wagner Custom skis are guaranteed. If they don’t bring you complete joy, the company will remake a pair or refund your money.