A giant metal cream can. A 26-foot-tall wooden churn. A replica of an airplane wing. Not many people would think of ice cream when hearing those descriptions, but that's the magic behind Paul Tamburello's Little Man Ice Cream concepts. 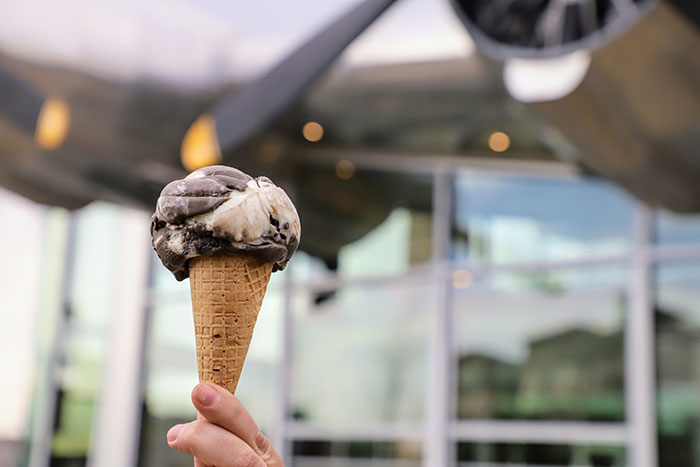 The Constellation Ice Cream is the newest ice cream shop in Stapleton's Eastbridge neighborhood, and it's named after the revolutionary passenger aircraft of the mid 20th century, The Lockheed Constellation. The shop features a 75-foot-long replica of an airplane wing suspended overhead.

Inspired by the community’s history of aviation as the original home to Stapleton International Airport, Tamburello and team tapped architect Michael Koch and the work of a global team of designers, engineers and mechanics from the U.S., Canada, Mexico and Germany to create the wing replica. 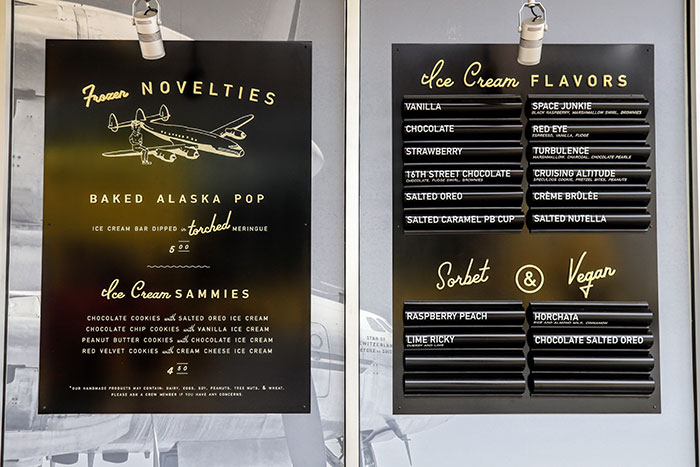 Whether you visit Constellation for its architectural glory or for a scoop of the sweet treat, it's sure to take the ice cream experience to new heights.