Leveling Up During Lockdown

Amidst the upheaval, a Central Park homeowner pulls off a major kitchen makeover 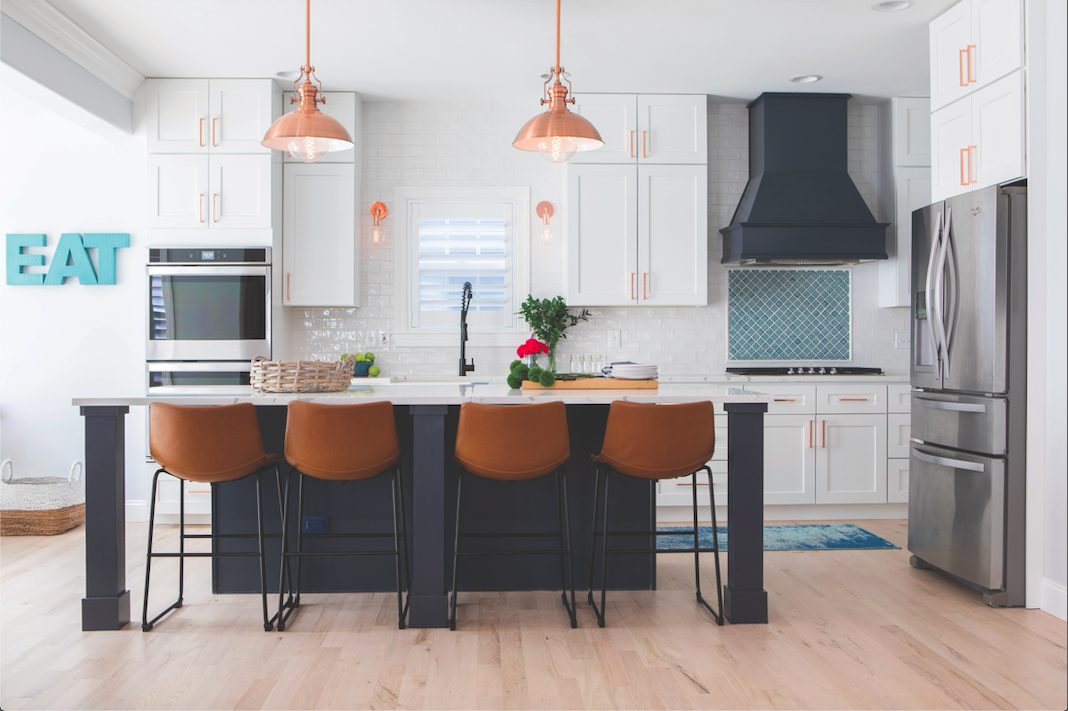 THE PROJECT A complete kitchen remodel—from dark cabinets, orange-stained wood floors, formica countertops and a cramped layout to a stylish, well-planned, 450-square-foot cooking and eating area with a fresh, California-coastal vibe—designed from start to finish by homeowner Lindsey Wenzelman.

THE CATCH A week and a half after Wenzelman and her husband, Justin, had the kitchen of their 15-year-old Central Park home demoed for the renovation, the lockdown hit, stranding the 30- something couple in a 500-square-foot loft (thanks to simultaneous home projects in their bedrooms), with kids ages 4 and 2, two small dogs, a mini-fridge and a microwave, plus full-time jobs (she’s in HR, and he’s a CPA) to stay on top of—for the entire two months of the reconstruction. 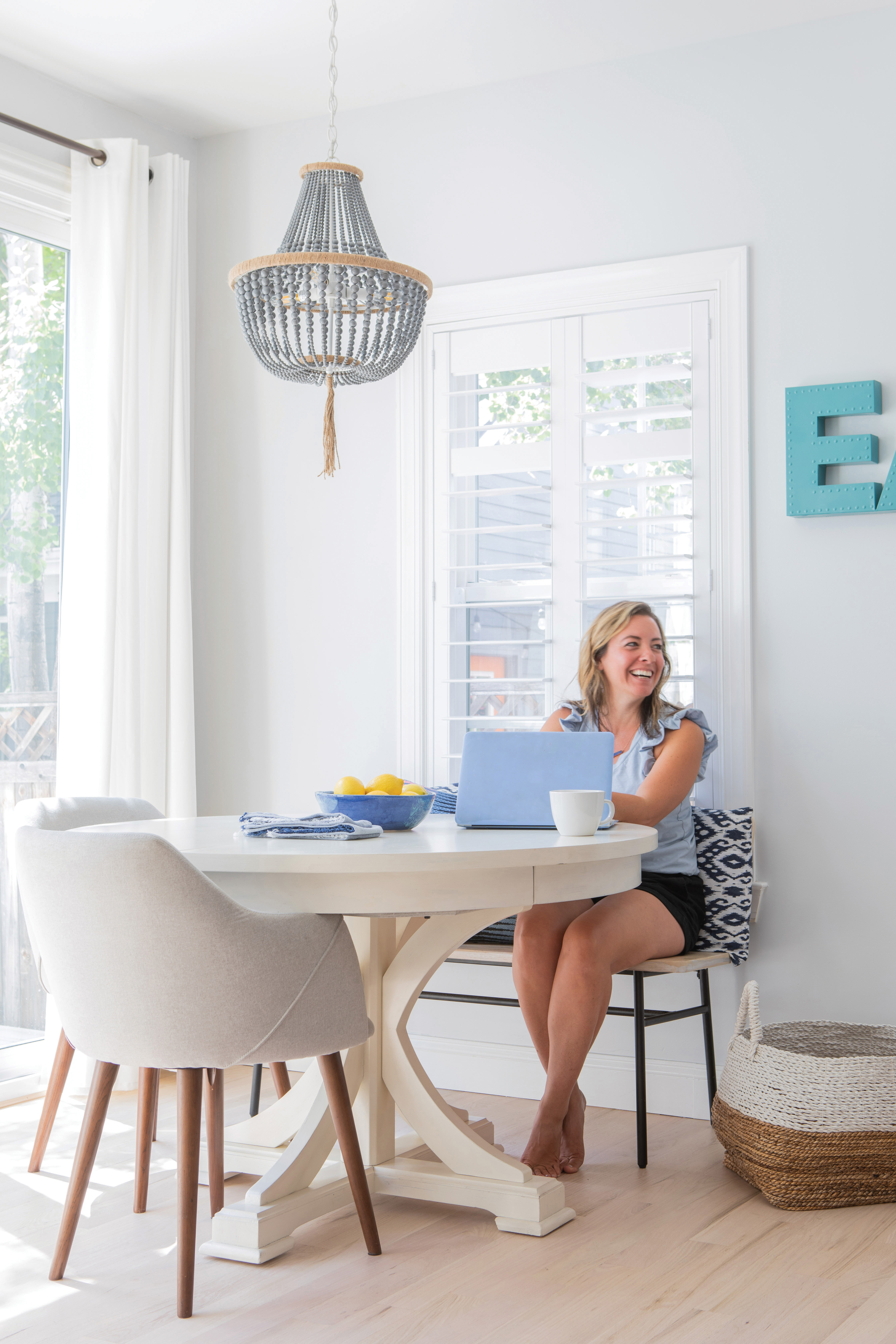 THE PROCESS The family moved into the home in late December 2019, as transplants from Chicago, via stints in downtown Denver and Northfield Stapleton. “This house was a passion project for me,” Wenzelman says. “When we walked in, Justin said, ‘Absolutely no.’ He thought it was going to be a lot of work. But I immediately had a vision for it.”

Topping her vision list was a total kitchen redo, including removing a butler’s pantry—making room for more cabinets and counters and a bevy fridge— and eliminating a counter that divided the kitchen from the eating area. To bring her vision to life, she hired A&D Construction, which she found from her neighborhood Facebook page. “I liked them immediately,” Wenzelman says. “With every idea I had, they said, ‘We’ll make it happen.’ I interviewed other contractors, and they argued with me and told me my ideas weren’t going to work.”

The unanticipated lockdown slowed a few things down—some parts took longer to come in, and it was a challenge to juggle contractors so they weren’t there at the same time—but Wenzelman also found it helpful to be on site during the whole process. “I was able to come down and say, ‘I like this’ or ‘I want to fix this’ before they got too far along.”

For example, the island originally had slimmer legs, but Wenzelman noticed right away that she wanted something more stable, and A&D was able make the change immediately.

The greatest toll of the lockdown, Wenzelman says, was the emotional stress of being confined to the small loft space, two levels above the kitchen. “I’ll admit there were tears,” she recalls. “I remember being in Zoom meetings with my boss, and there’s loud construction noise and the kids are running around. That first month was especially rough, because it was snowing like crazy and our yard had no landscaping, so the kids couldn’t go outside. Plus, it was tax season, so Justin was working about 18 hours a day and getting calls left and right.” 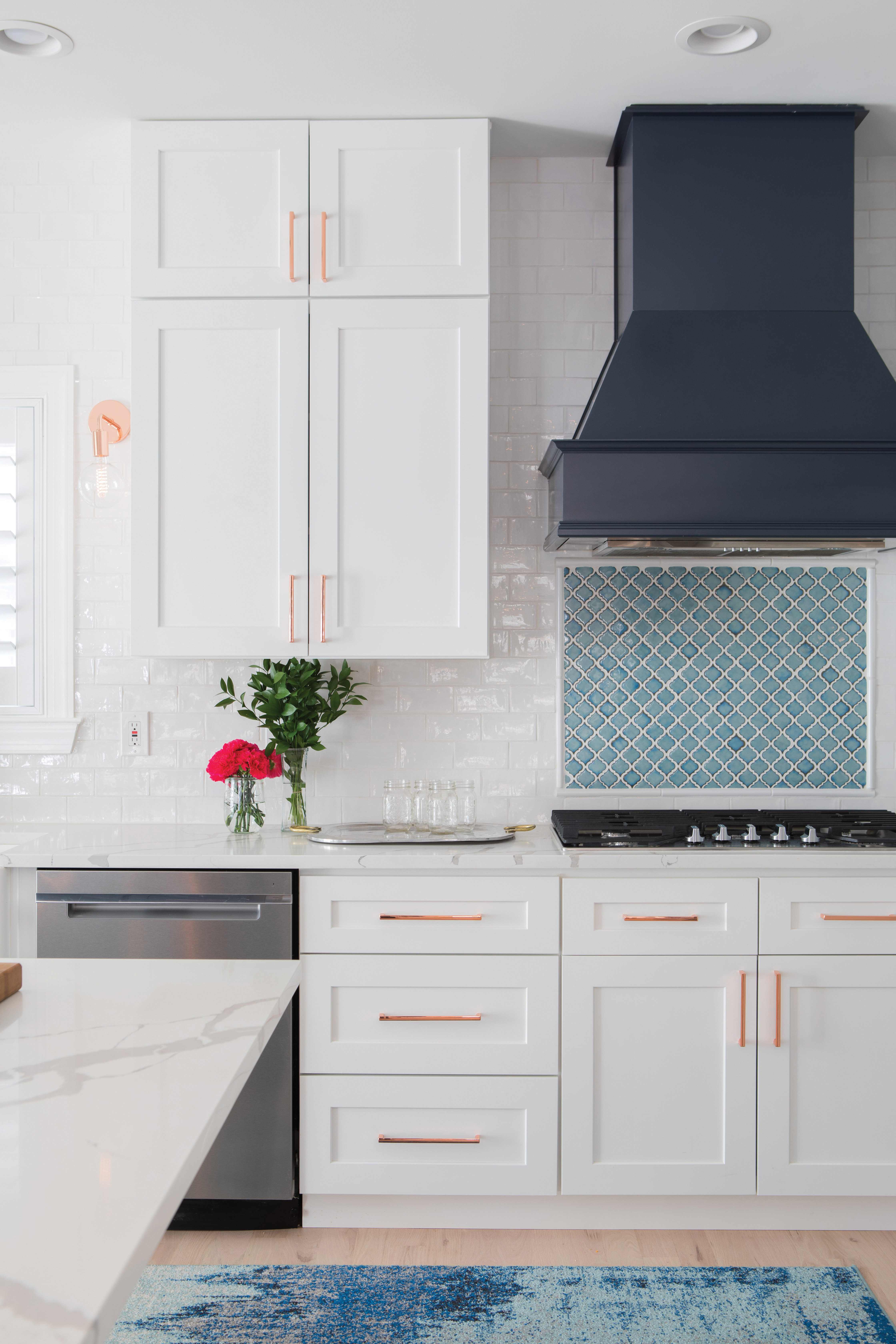 THE INSPIRATION “I’ve just always loved the coastal look, with a bit of bohemian,” Wenzelman says. As for the colors, it didn’t dawn on her until after the fact that she’d used the exact same ones for her wedding. “The girls’ dresses were that blue [same as the accent tile], and the men’s suits were the same navy as the hood and island, with brown shoes,” she laughs. “I guess I’ve always been in love with these colors.”

Wenzelman splurged on the copper accents and the eye-catching light bulbs, which she found at The Home Depot, as well as quartz countertops from Bath & Granite in Denver. And to keep the budget under control, she skipped a custom hood and cabinets and partnered with her contractor to make standard ones work. She also opted for faux-leather Poly & Bark stools, which she deemed a better fit for small children.

As for what she would do differently, Wenzelman can think of only one change: “I would like under-cabinet lighting,” she says. “Other than that, it’s everything I wanted.”

How to Integrate French Styled Appliances Into a Modern Kitchen

The Care and Feeding of Your Cast Iron