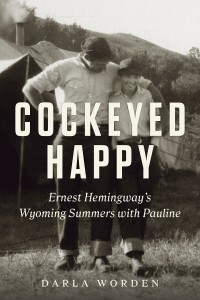 Sa·lon
/səˈlän/
a gathering of people held by an inspiring host. During the gathering they amuse one another and increase their knowledge through conversation.

Join us for a literary salon on July 28th featuring art, music, literature and libations with hosts Darla Worden and Tyrel Johnson. 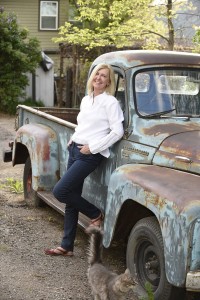 Darla Worden is a WiesnerMedia vice president and editor in chief of Mountain Living and Colorado Homes & Lifestyles magazines, founder and director of the Left Bank Writers Retreat in Paris, as well as the Wyoming Writers Retreat, and a journalist, writing articles about art, architecture, travel and the West.

In addition to COCKEYED HAPPY: Hemingway’s Wyoming Summers with Pauline, she is the author of Road Shoes, a novel, and co-author of The Rusty Parrot Cookbook. A second Hemingway-related book is in the works. She lives in Denver, Colorado. 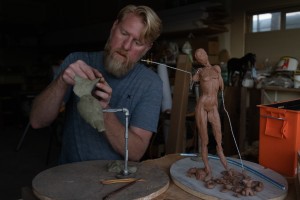 Artist Tyrel Johnson creates work that tells a story, often times one that resonates with childhood. Tyrel Johnson’s sculptures capture moments frozen in time. A draft horse strains against a burden. A lynx pauses, alert. A woman encounters a whitetail stag. Each piece encapsulates a story, calling the viewer into its world. “My goal,” says Johnson, “is to hit people in a familiar place that’s warm, or that resonates with their childhood.” 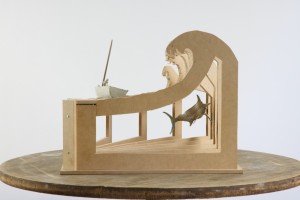 Based on Ernest Hemingway’s novel The Old Man and the Sea, this study for a work in progress is a perfect example of Johnson’s storytelling. “That book really hit me,” says Johnson. “The fisherman didn’t have the ideal tools or circumstances, but he rose to the marlin’s challenge.” | Photo by Jessica Hart

The youngest of 16, Johnson grew up watching his father and siblings sculpt and working on castings at his father’s foundry. His destiny as a maker now plays out in bronze, stone, and wood in his studio in Billings, Montana.