In His Element: John Atencio 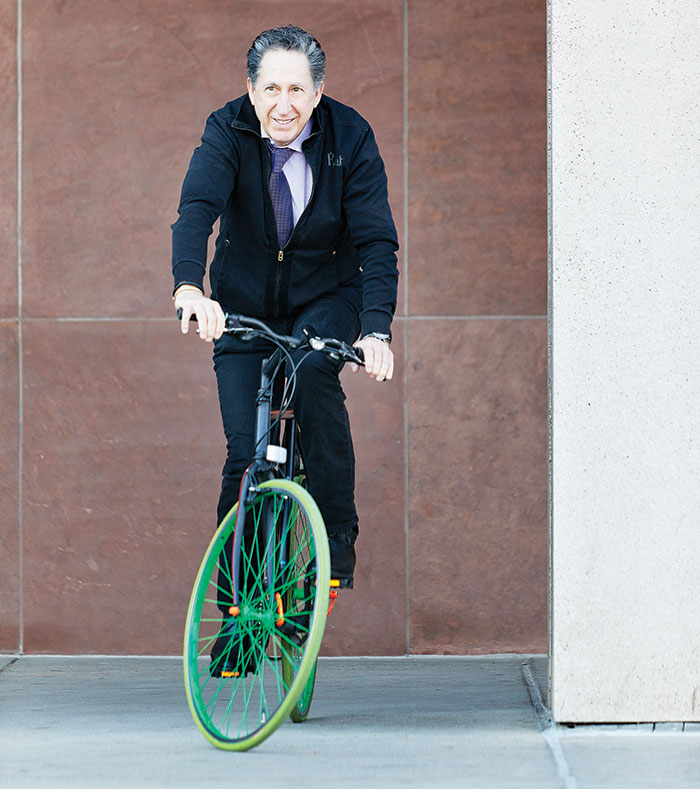 Every workday John Atencio dresses in black jeans, cowboy boots, crisp shirt and designer tie. He then rides his hand-painted green bike to the Cherry Creek mall and parks behind the dumpster at Neiman Marcus. At 6'3", Atencio, who exudes the command of a Wild West sheriff, strides into one of his seven eponymous jewelry stores, sits down in his office and takes pen to paper. His creations will be cast in silver or gold, with and without gems, and range from about $100 to well north of $50,000. Forty years into the process, he’s still delighted.

“It’s a gift and a blessing, not a job,” he says. “Once you get to that place where it’s not work but a pleasure, the challenge is not only better; it becomes the juice at the party.”

A self-taught craftsman who draws, paints and designs his own thank-you notes, Atencio is an all-Colorado Renaissance man. “I was born the first year of Rose Medical Center, I played on the Wheat Ridge state championship basketball team, I went to CSU. I opened my businesses here, raised a family and I cycle year-round, just like I did when I was a kid—I think it’s the best place on earth,” he says.

Atencio, who opened his first store in Fort Collins in 1976, has ridden his two-wheeled horses through rough business territory along the way and come out the other side at “almost 70” with not the slightest desire to hang up his boots or his bike. “The people who wear my jewelry share their love, life and special celebrations with me and my art,” he says. “Really, how can it get any better?”