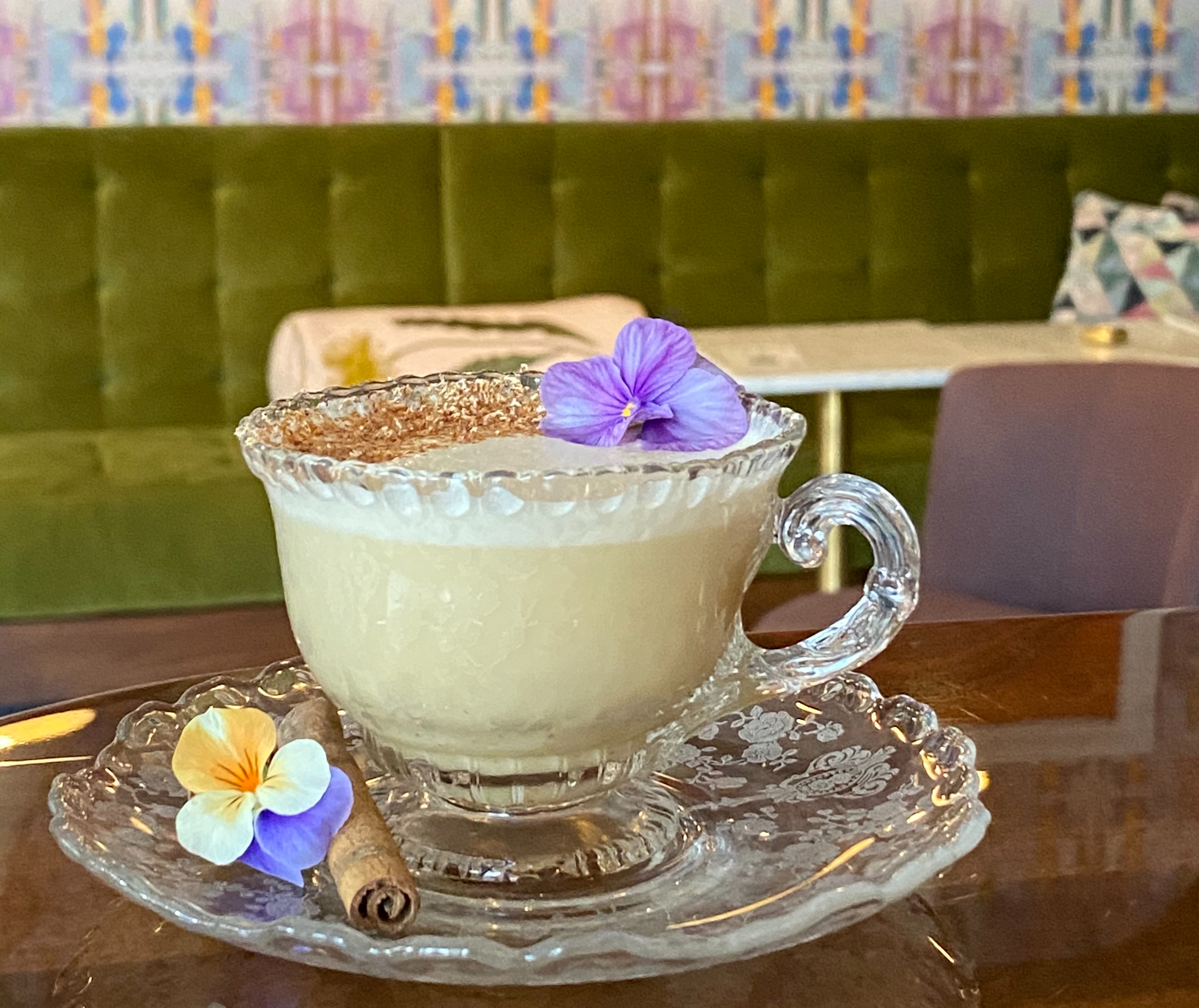 The talented bartenders at Denver’s Room for Milly share an exclusive, festive drink recipe. Toast to the holiday season and the new year with this tasty cocktail.

Separate yolks and egg whites. In a large bowl combine yolks with ¼ cup of brown sugar. In a medium saucepan mix coco lopez, coconut milk, cloves, cinnamon sticks, salt and orange slice. Bring mixture to a low simmer. Strain out the spices and slowly stir in the milk mixture to the egg yolks. Return to heat, warm to 160F, remove quickly, stir in vanilla bean paste, and cover to chill. In a medium bowl, whisk egg whites to soft peaks, add 1 tsp of sugar, whisk to stiff peaks. Once the yolks have chilled, add 10oz of Novo Fogo Colibri Cacacha, 2 oz of Giffard Banane Du Bresil to the mix, then whisk in the egg whites. Cover and place in the refrigerator until completely chilled. Serve in a punch or teacup topped with grated nutmeg.