“These pots aren’t very big, only about three or four inches, but they used to belong to the Queen of England. I just happened to be in England once, and for charity, they were selling off pots because they were switching to plastic. Can you imagine?” 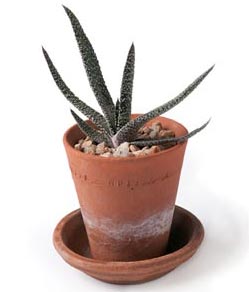 “These pots aren't very big, only about three or four inches, but they used to belong to the Queen of England. I just happened to be in England once, and for charity, they were selling off pots because they were switching to plastic. Can you imagine?” 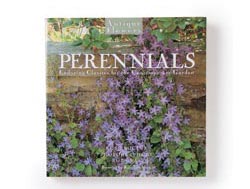 “This was my first book. I was really lucky to have an editor who said, ‘Just say what you mean. Don't try to dazzle me.'” 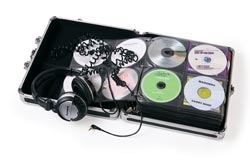 “Music is one of my passions. I cannot sing a note; I cannot play a note. When I was a kid, I so wanted to be in band, but I just didn't have the dexterity, so eventually, I became a DJ. Now I'm back at it. I think I might be the world's oldest DJ.” 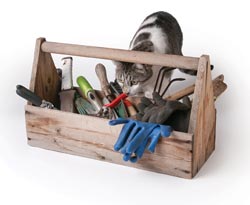 “Gardening is fabulously low-tech. Working in earth is just so basic, it doesn't take fancy machinery. My toolbox could be from two or three centuries ago. I think I could have lived in the last century and been very happy—me and my six animals” (including his cat, Mouse, shown here).

Rob Proctor describes himself as “just a gardener,” but don't be fooled. One of Colorado's leading gardening experts, Proctor has enjoyed an illustrious career. He travels the country to share his wisdom—“I don't really tell people what to do in their gardens. I just tell them stories about plants”—and appears frequently on 9News and other media outlets to dish out his signature low-key advice, always with a side of humor.

Proctor's professional path has been a bit…circuitous. “I'm sort of like Madonna,” he says. “I've reinvented myself a hundred times.” The son of a father who was an English teacher and a mother who loved to garden, Proctor and his family moved to Colorado from Nebraska when he was five years old. He has a degree in journalism from the University of Colorado at Boulder, but he admits he is a “one-finger typist”—a challenge for a guy who has written 15 books in the last 20 years. He enjoyed stints as a professional horse-show groom, which allowed him to “see the whole country from the back of a horse trailer,” and as a DJ who “actually used vinyl”—all before launching his career as a gardener and author.

He sounds slightly surprised by his own success. “I never really meant to do any of the things I've done because I just follow my passions,” he explains. “It's all thanks to my mom's petunias and peonies and my dad's tomatoes and corn. I just turned my childhood into a career.”

Today, he's passionate about cheering on local, amateur gardeners. “This is really one of the best places in the world to garden,” he says. Instead of wringing our hands and envying our East Coast friends' azaleas, Proctor encourages us all to relish the beautiful native plants that coastal dwellers can't grow—and then get out our containers to grow anything else we want.

“Container gardening is one of the fastest-growing segments of gardening,” he explains. On his own back porch, Proctor grows banana plants, angel trumpets, palms and other tropical plants. “It kind of looks like Cancun in the summer,” he says. “I'm always on vacation on my patio.”

He's also a proponent of the feel-good benefits of gardening in Colorado. If you're tempted to dream about the lush year-round landscapes in Southern California, for example, Proctor reminds you that gardeners there never feel the excitement of seasonal changes. “They never say, ‘Oh, the peonies are blooming!'” he says. “It's always just one note. I wouldn't trade climates with anybody.”

And he wouldn't trade professions, either. While he teaches other gardeners not to fret over their plots of land and plants' fancy Latin names, he also reflects on how important gardens are. “They connect us directly to the earth, and if we lose that connection, we lose our whole history.”

This article appears in the May 2009 issue of Colorado Homes and Lifestyles.
Categories: Stylemakers