An Action-Packed Trip to Westworld

​Calling all humans, hosts and sci-fi nerds like us: In tandem with the season two premiere of HBO’s mind-bending thriller, Westworld, Gateway Canyons Resort & Spa is launching a new vacation package that will transport you to the show’s adult amusement park setting, and put you in the shoes of characters like Dolores, Maeve and William (but hopefully not Dr. Ford).

Based on the western edge of Colorado, the luxury resort is just miles away from Westworld filming locations in neighboring Utah, and provides views of the same sweeping desert landscapes and red rock formations that act as the show’s backdrop. The resort’s Westworld Package debuts on May 1, a week after the show’s highly anticipated season two premiere on April 22. 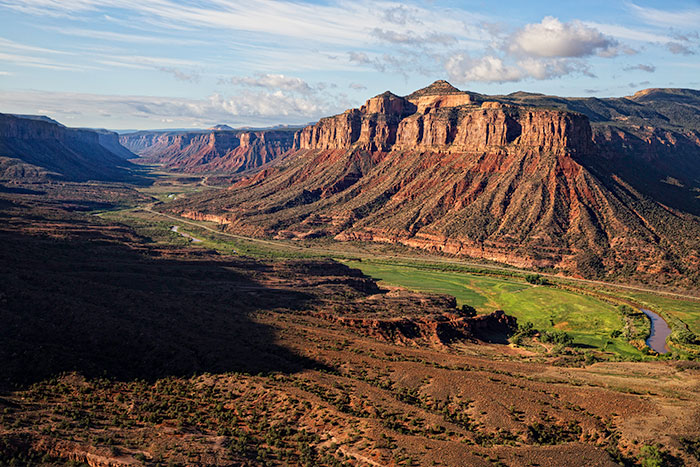 Here’s what to expect:

SADDLE UP
The package includes a 90-minute horseback ride among the 500 acres of trails available at Palisade Ranch, the resort’s adjacent dude ranch. Dinner featuring local wild game, s'mores and stories by campfire light to follow.

"THESE VIOLENT DELIGHTS"
Each guest gets to choose from one of the three resort activities that transport you to the wild West (without all the gore): skeet shooting, archery or laser tag.

LIVE WITHOUT LIMITS
After an action-packed couple of days, unwind with a 50-minute Native Desert Sage Massage for two at the resort’s on-site spa. Or, for an extra cost, guests can try the Dolores Facial, an exfoliating and purifying treatment that will get you one step closer to the enviable complexion of Dolores Abernathy, played by Evan Rachel Wood.

THE NITTY GRITTY
The Westworld Package requires a minimum three-night stay from May 1 to September 30, 2018. Gather an adventurous group of friends (each reservation requires five couples) and be prepared to shell out $999 per night.