After a Flood, This Kitchen Got a Dramatic Makeover

​They say that beautiful things are born of hardship. The catalyst for this kitchen remodel was a flood that did extensive damage to the whole space—cabinetry, appliances, flooring and all. The resulting overhaul was truly a labor of love for all of the design professionals involved.

The original kitchen had little imagination by way of design and efficiency; storage and accessories were minimal, and there was an alarming lack of function in the space. To make matters worse, the design team was unable to change the footprint of the kitchen space, so creativity was a downright necessity.

With the towering 12-foot ceilings, the space felt too large and overbearing for the couple and needed to be softened. The large island also needed to be reimagined as a haven, not a heavy weight in the center of the room. The homeowners were ready for a dramatic change that would transform their kitchen space into a contemporary and warm hub of activity—the centerpiece of their home.

Fortunately, the kitchen is situated so that it receives a generous amount of natural light, which enabled the use of darker, richer materials to truly make the space inviting and elegant without feeling cumbersome. A beautiful walnut was chosen for the perimeter cabinetry, which offers a nice contrast against the stainless steel appliances. 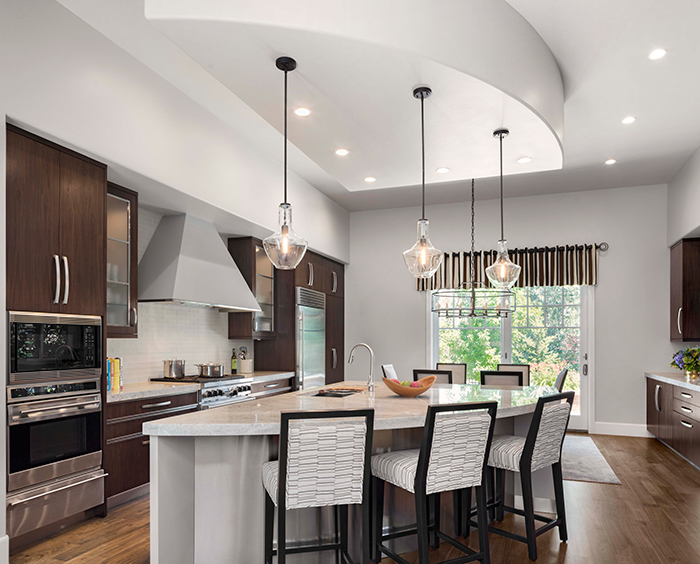 To soften the kitchen island’s dominance of the space, the team employed a quartzite top and subtle grey color, which also matches the hood. The curve in the island is gently complimented by the soffit above, which lowers the ceiling a bit and supplements the warmth of the walnut, all while maintaining an air of sophistication. 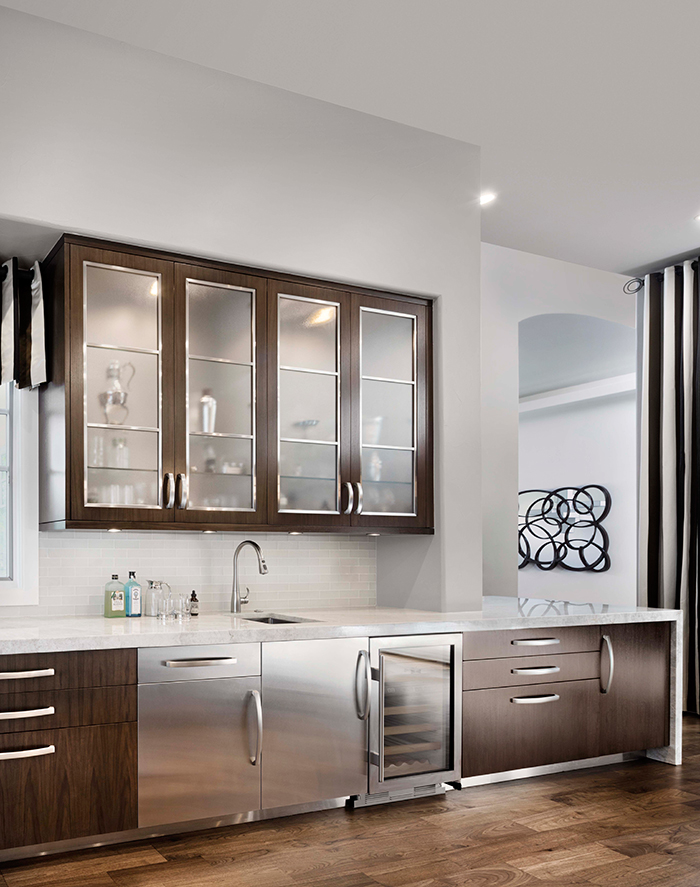 The impeccable stainless steel of the Sub-Zero and Wolf appliances contributed just the right amount of drama when introduced to the other materials in the space. The dramatic hood pairs with the 36-inch Wolf range, and the oven, warming drawer and refrigerator compliment the stainless steel accents throughout the kitchen. By giving the appliances their own stage, the team was able to transform the pantry and storage areas to optimize functionality and utility. 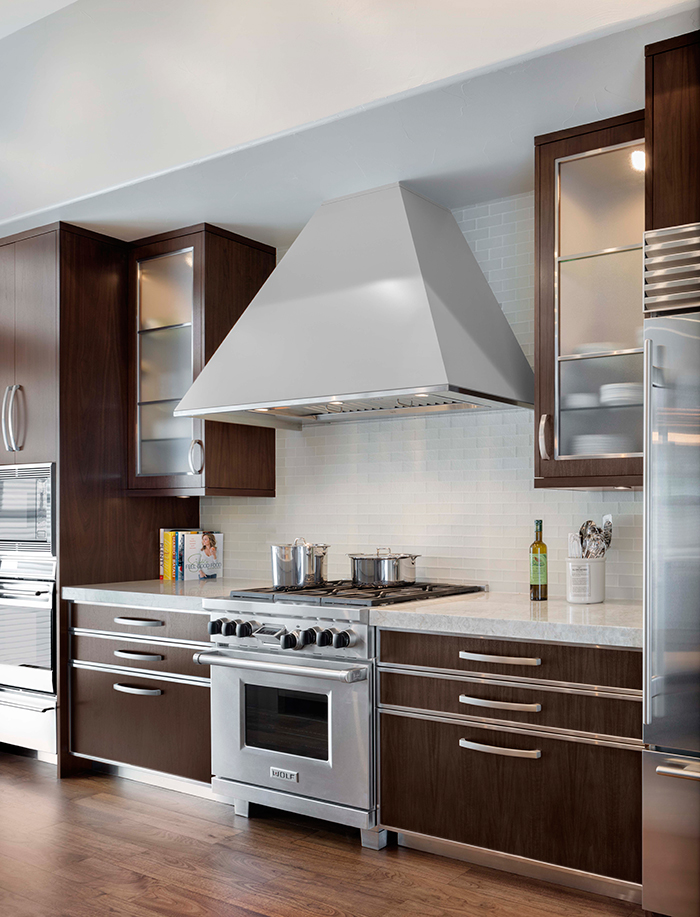 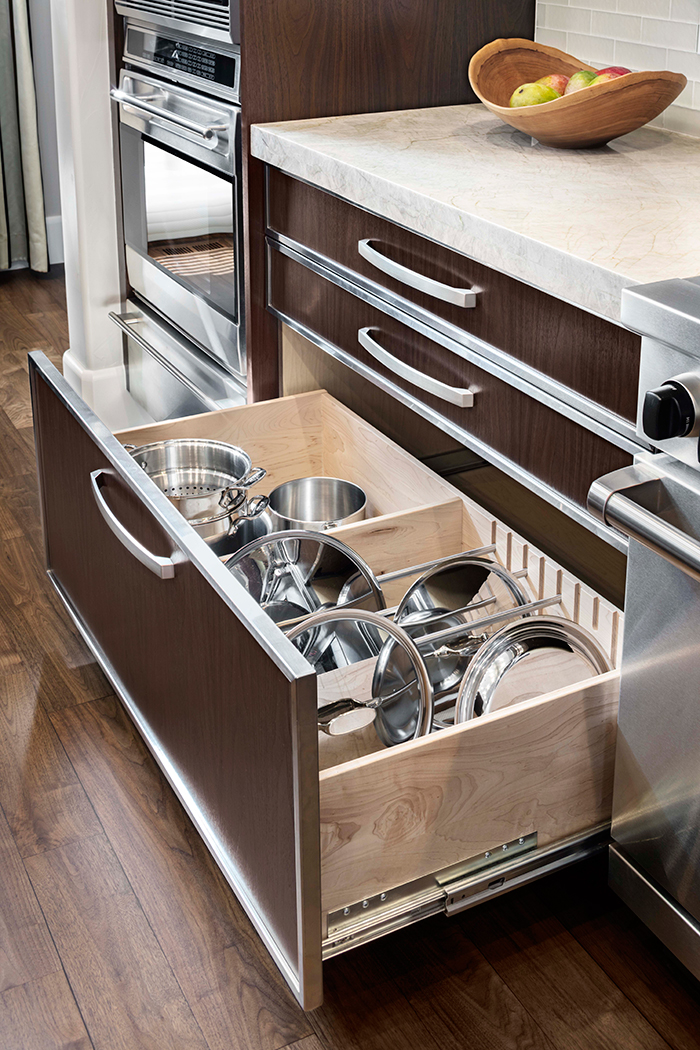 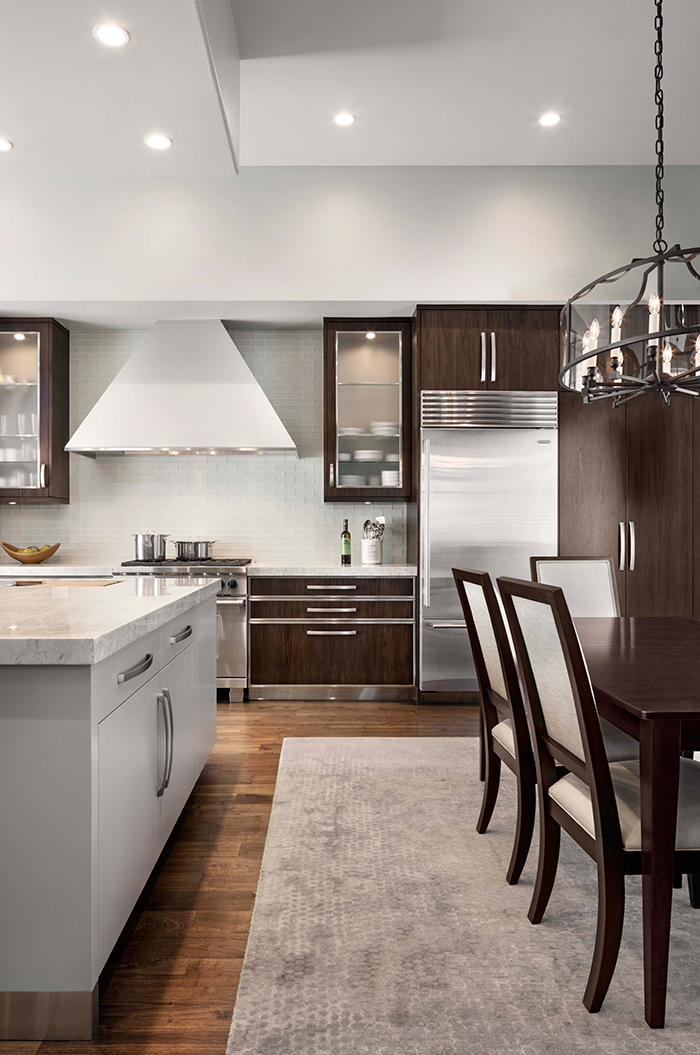 From a kitchen filled with several visual and physical impediments to an incredibly chic space filled with natural light, rich colors and seamless efficiency, this remodel was dramatic, to say the least.

Mikal Otten is the owner and lead designer of EKD, Denver's leading kitchen design studio located in the Denver Design Center. View their profile or contact Mikal at 303.282.0382.