A Bright and Sunny Home Remodel

A stuck-in-time ranch gets a new lease on light (and life), thanks to a mood-boosting TVL Creative revamp 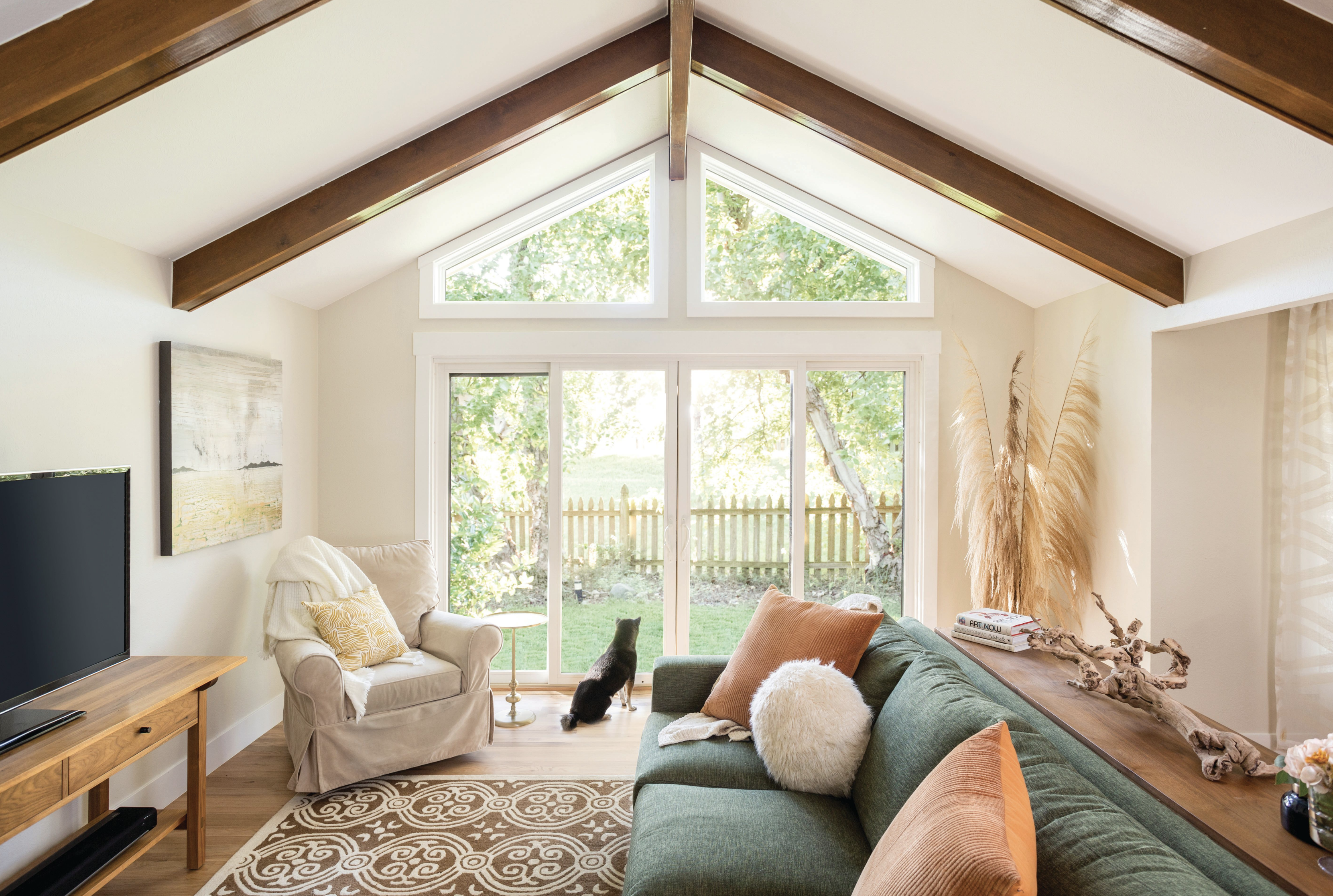 Family Room, after Clerestory windows turn a leafy view into an art installation in this Centennial home. A painting by Melanie Grein pulls together all the hues of the room. | Photography by Jess Blackwell | Styling by Juli Krueger-Andes

The Brady Bunch + Alice would have been perfectly at home in this time capsule of a ranch house in Centennial. But new homeowners Jay and Camilla Paonessa needed an update. 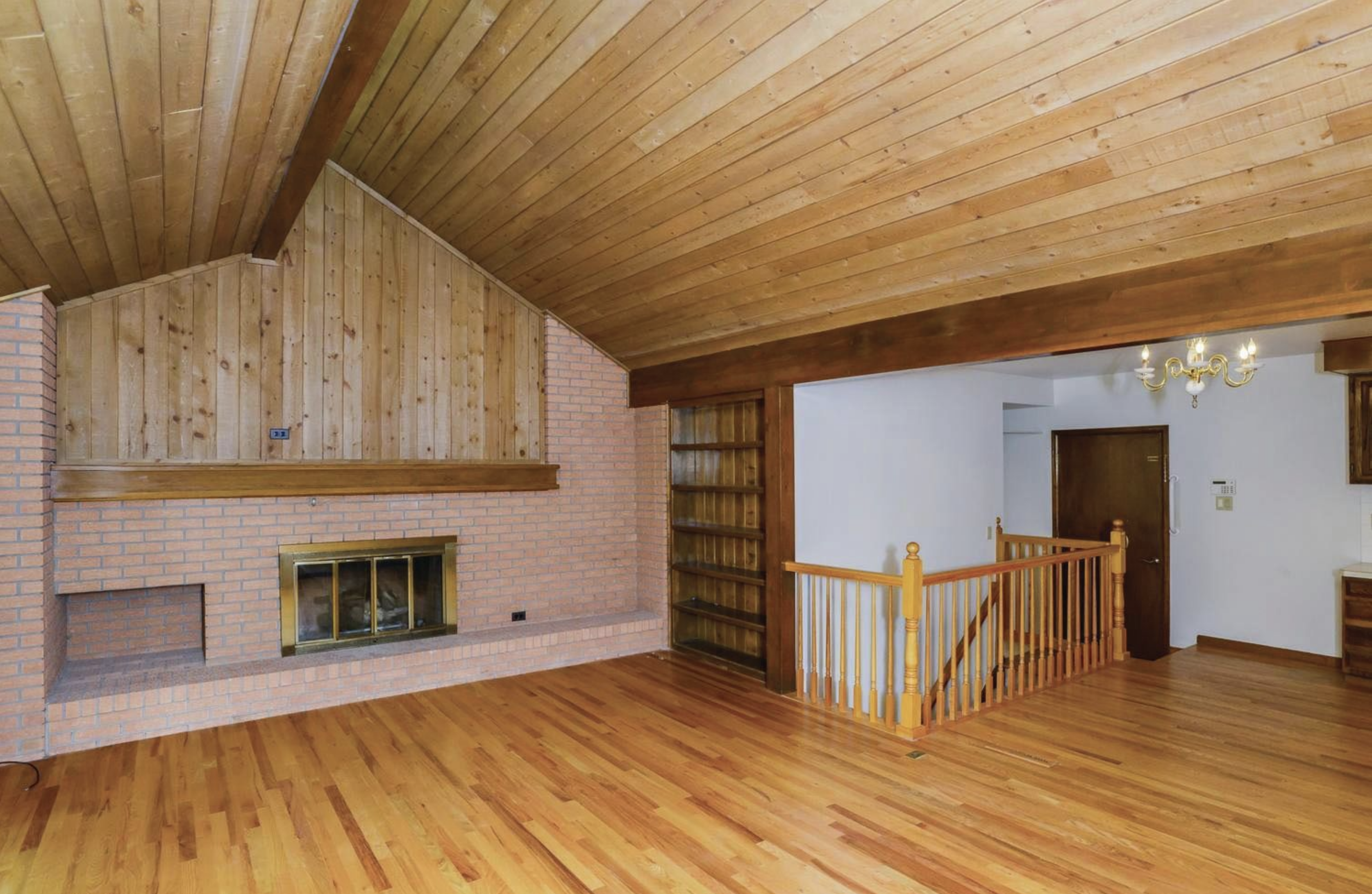 Their biggest pain points in the 2,238-square-foot domicile? A dated, dark kitchen that was entirely cut off from the main hangout spots; a sunken living room; and a staircase that began its descent a dangerous 36 inches from the garage door (so hair-raising that previous owners had installed a locked safety gate there to prevent tumbles). 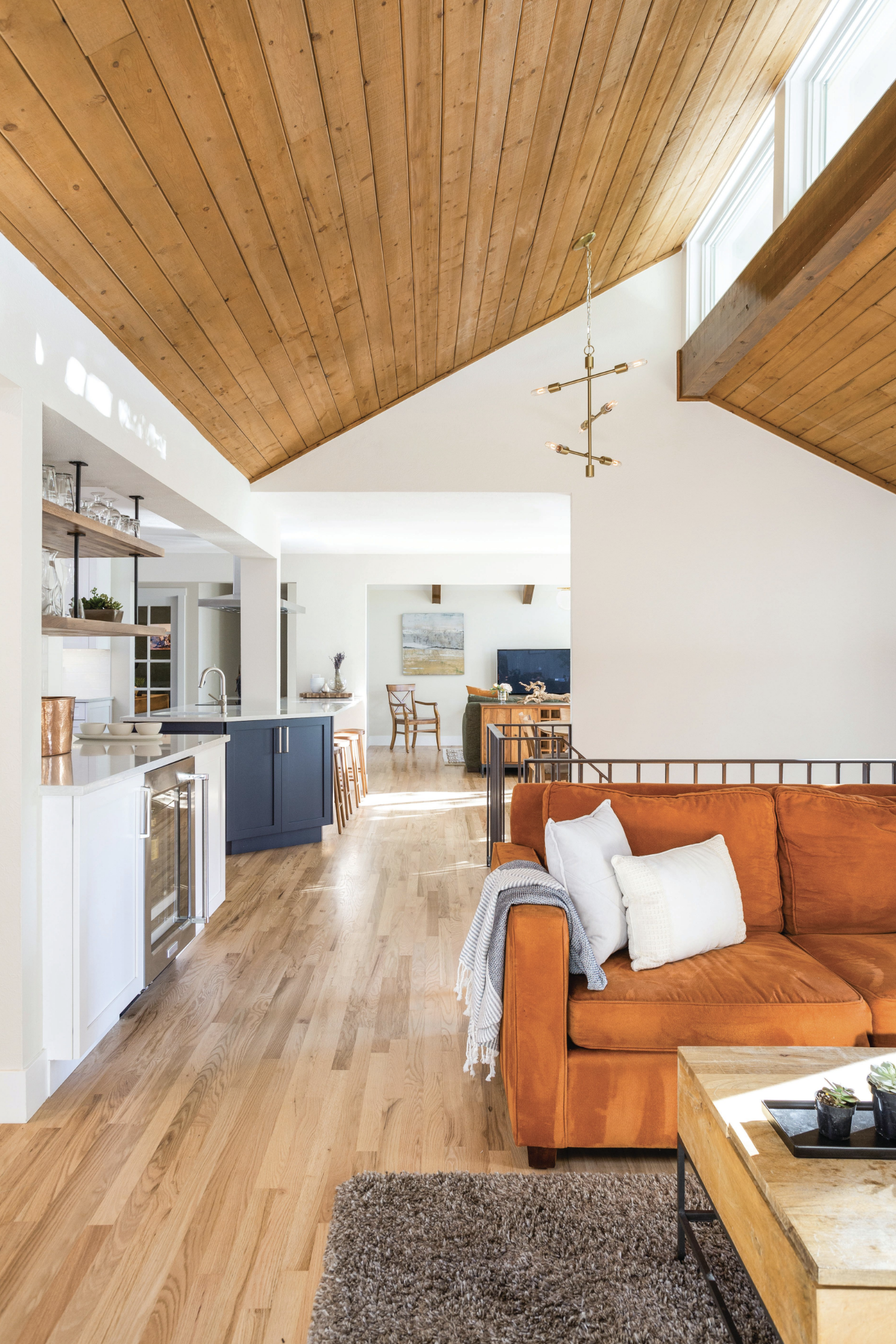 Living Room, after The designers kept the vaulted ceilings lined in cedar, adding the warmth of an alpine ski lodge to the main living space. A ginger-hued Crate & Barrel sofa balances all the overhead eye candy.

Spinosi’s first bit of transformation was moving the formerly scary staircase toward the middle of the house. Prior to the reno, the main living room—complete with that sunken floor—“had that really ’80s formality to it; it was cut off from the kitchen and dining room awkwardly, but they approached it from the perspective of ‘we don’t live like this; we want spaces we can all enjoy being in,’” Spinosi says. 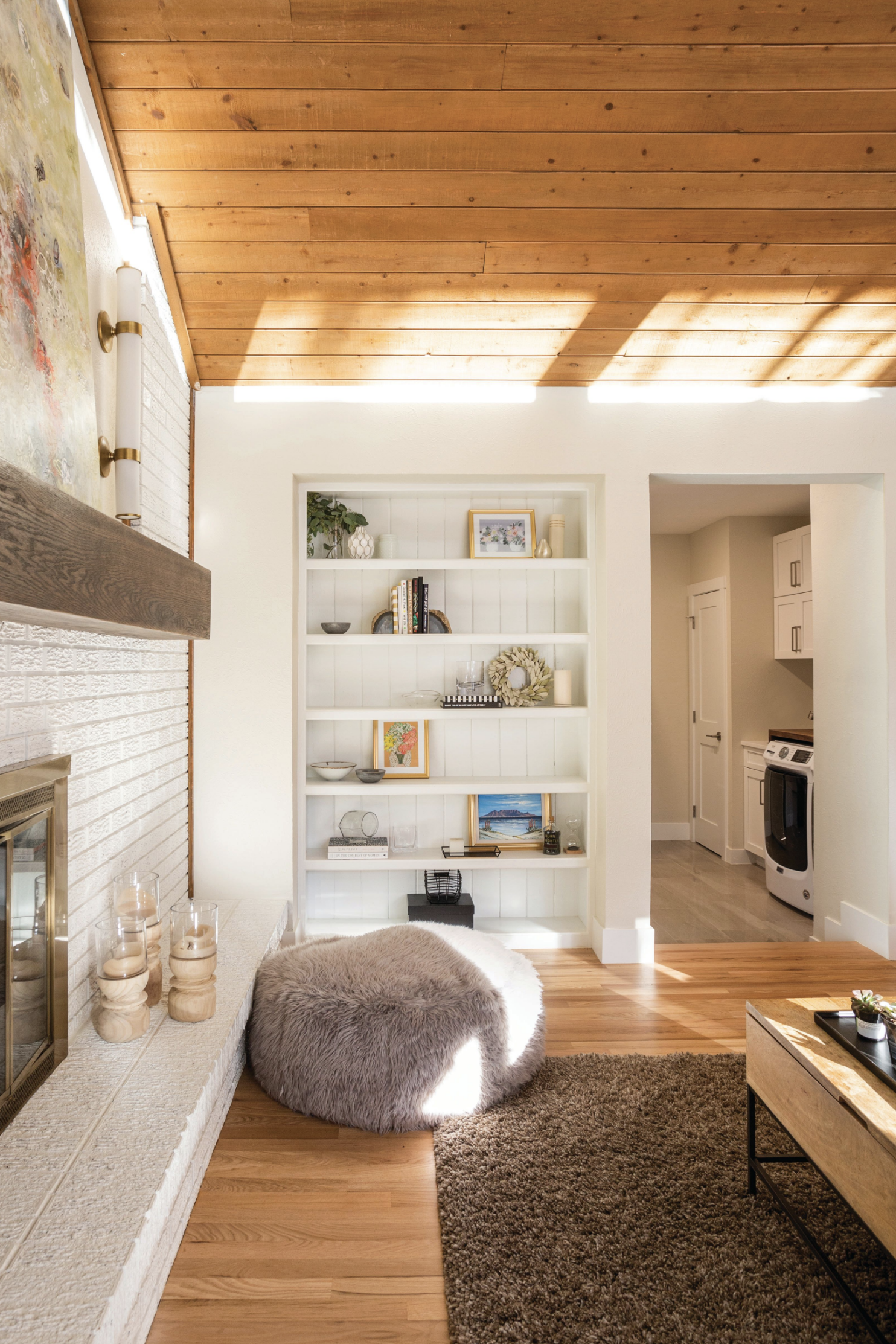 Sitting Room, after A calming shade, Sherwin-Williams High Reflective White in a semi-gloss, covers the brick surround and hearth and bounces light around. The sconces are from RH. The painting is by Deidre Adams.

Leveling the floor out and shifting the staircase allowed them to turn the once-lackluster living room into a serene, TV-free space. It also added much needed family accoutrements. “They created a mudroom and laundry room on the opposite side of the kitchen, which we didn’t have before. It was just a poorly utilized space,” Spinosi says.

Other updates included painting the fireplace brick an effortlessly cool white (Sherwin-Williams High Reflective White in semi-gloss) and installing eye-catching light fixtures—sconces from RH and a pendant from Wayfair. New windows throughout the home—Marvin Infinity fiberglass from Gravina’s of Littleton—add to the bright ambience. 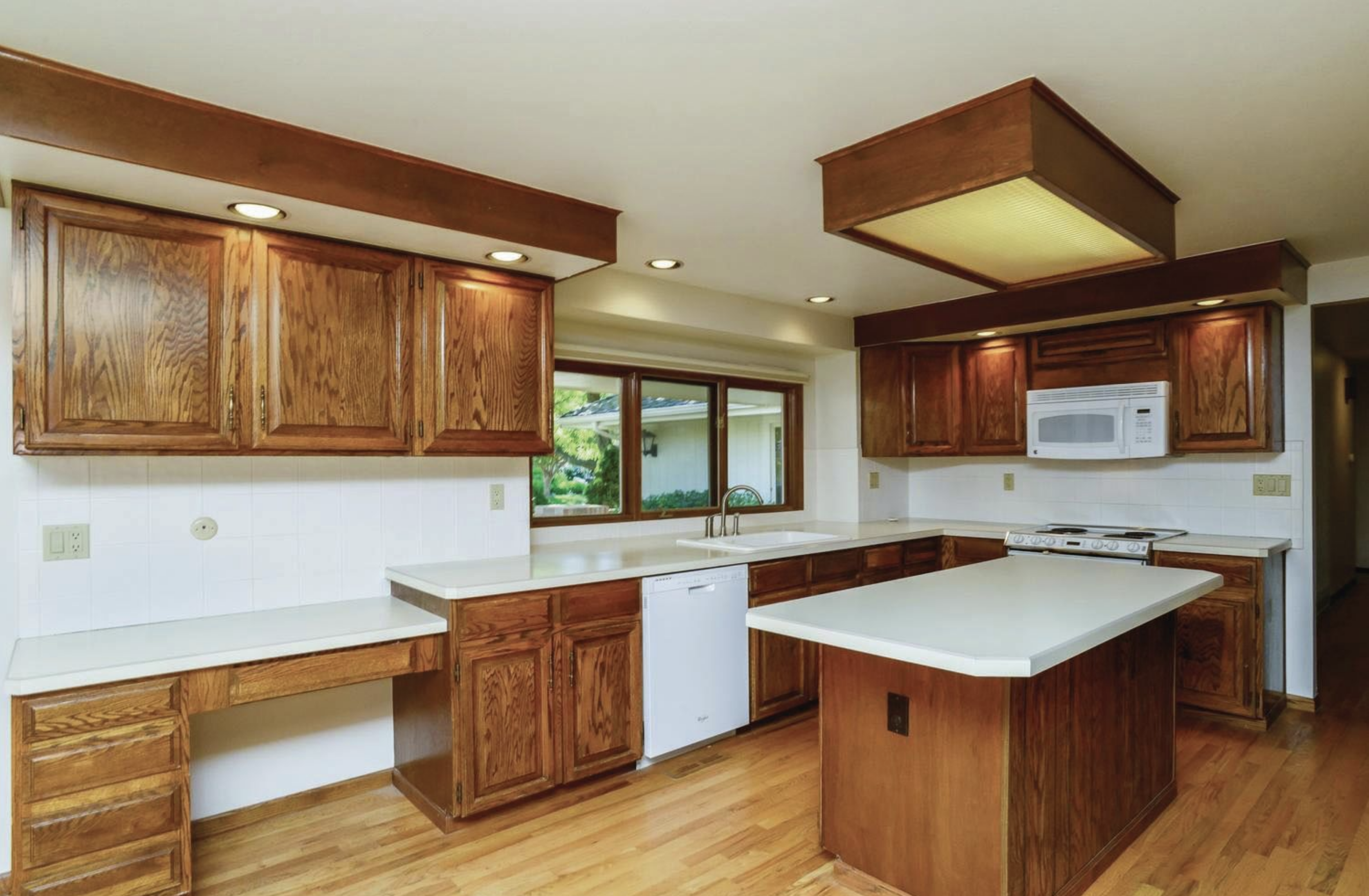 The upstairs fixes also permeated the home’s lower level. “[The staircase move] brought a tremendous amount of light into the basement, which is where I’m working now, so that was a big deal,” Jay says.

That level now has two bedrooms, a full bath, a kids play area and a home theater (made possible by the raised living-room floor)—adding 1,300 square feet to the overall floor plan. 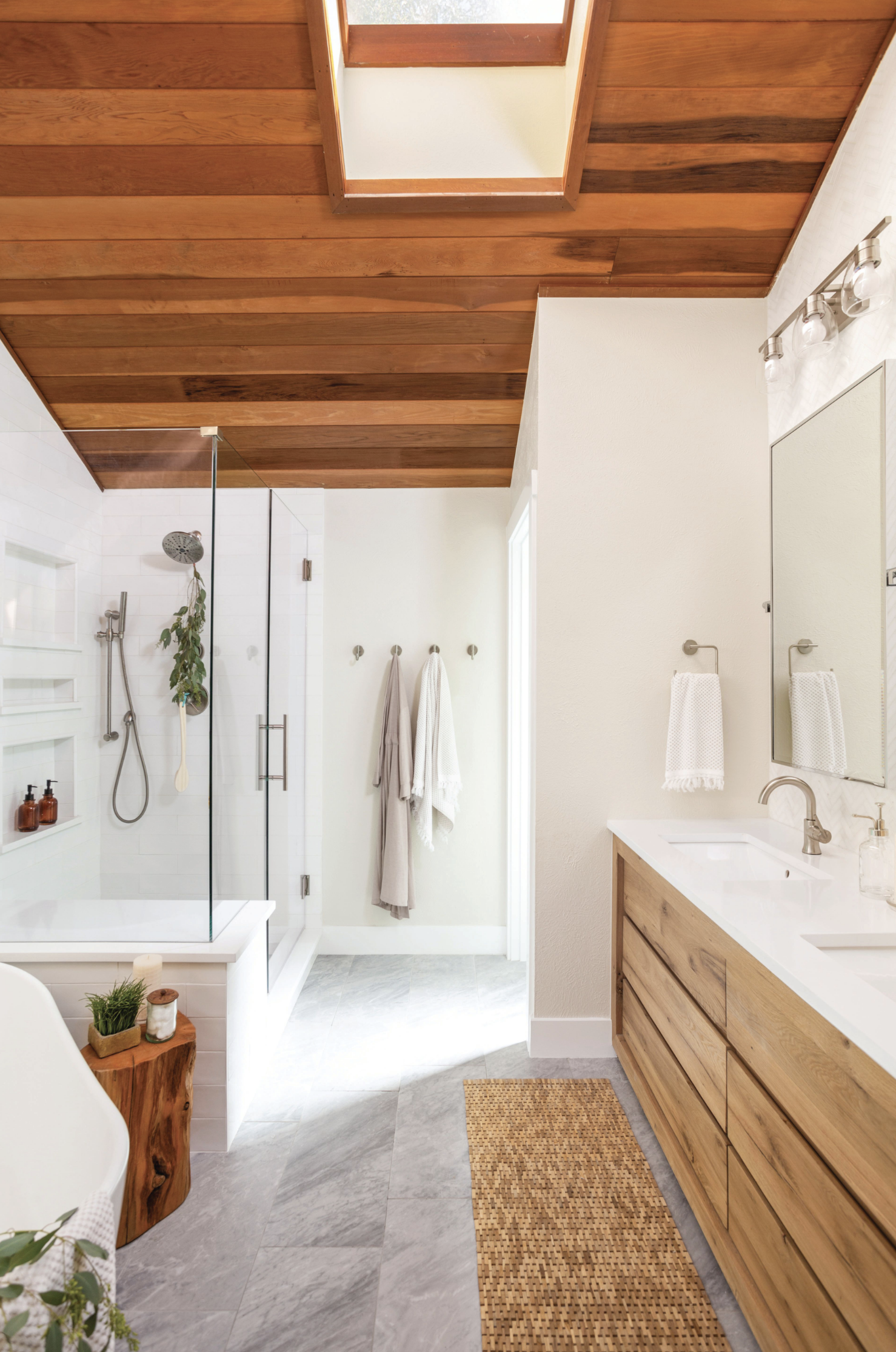 The final creative brushstroke was a new wall color for the opened-up floor plan. Spinosi went tranquil: Sherwin-Williams Drift of Mist. “It’s a really creamy off-white; it’s neutral but definitely reads warmer than light gray,” she says. “The spaces were so connected, and we already had a lot of interest in the materiality, with the blue island, the wood accents, the cathedral ceilings. We didn’t want to compete with all of those architectural elements. We wanted those to be the star of the show.” 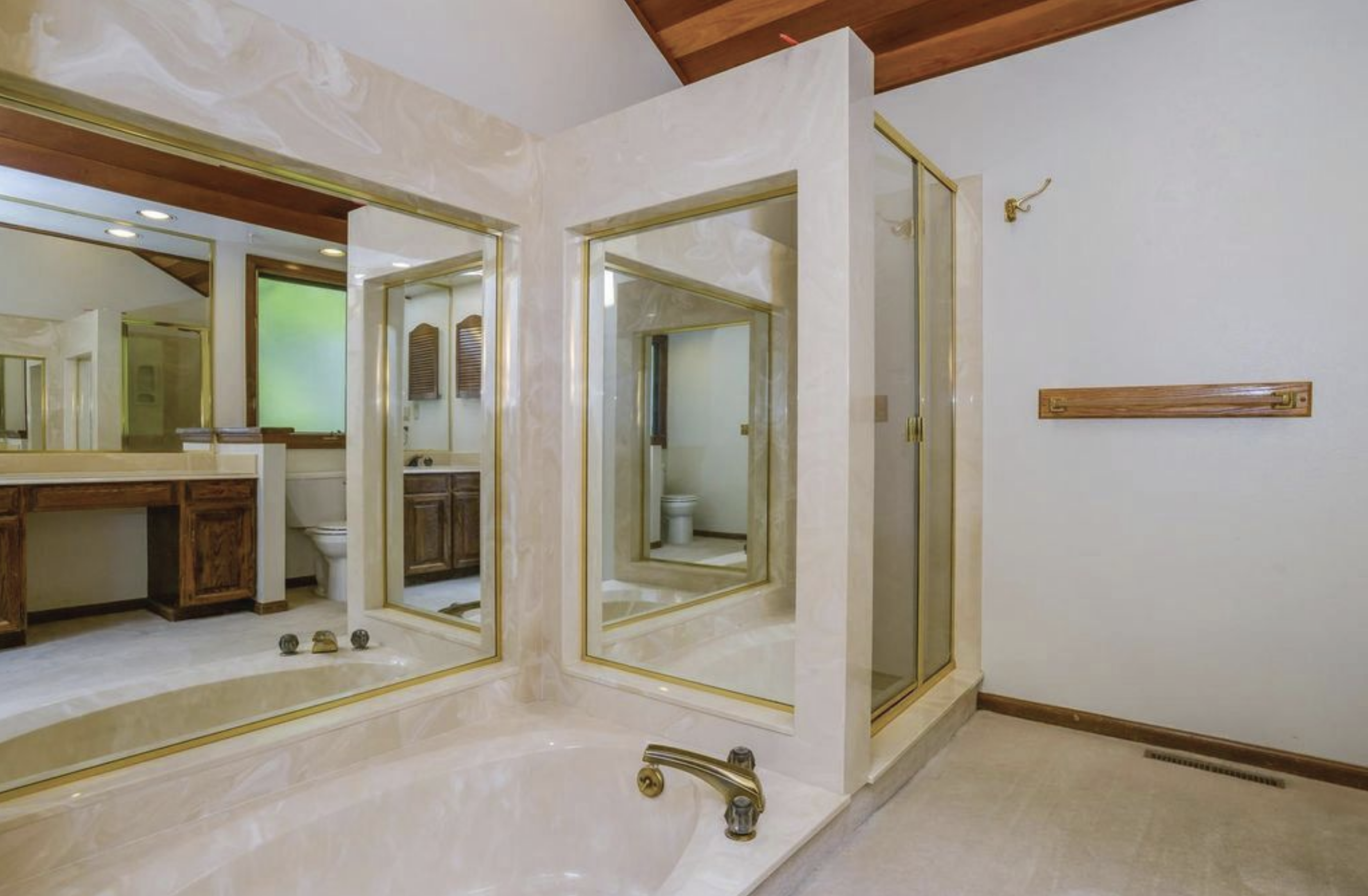 For the rest of the home’s palette, Spinosi intentionally combined warm and cool colors, to give the home the legs to go the distance, she says. Exposed wood creates “a very warm and delicious space, but one thing I find to be true about timeless design is it balances those extremes. Any time we go so far tone-on-tone and all warm, it often will quickly feel dated, versus a much more balanced space and color scheme that feels more classic.” 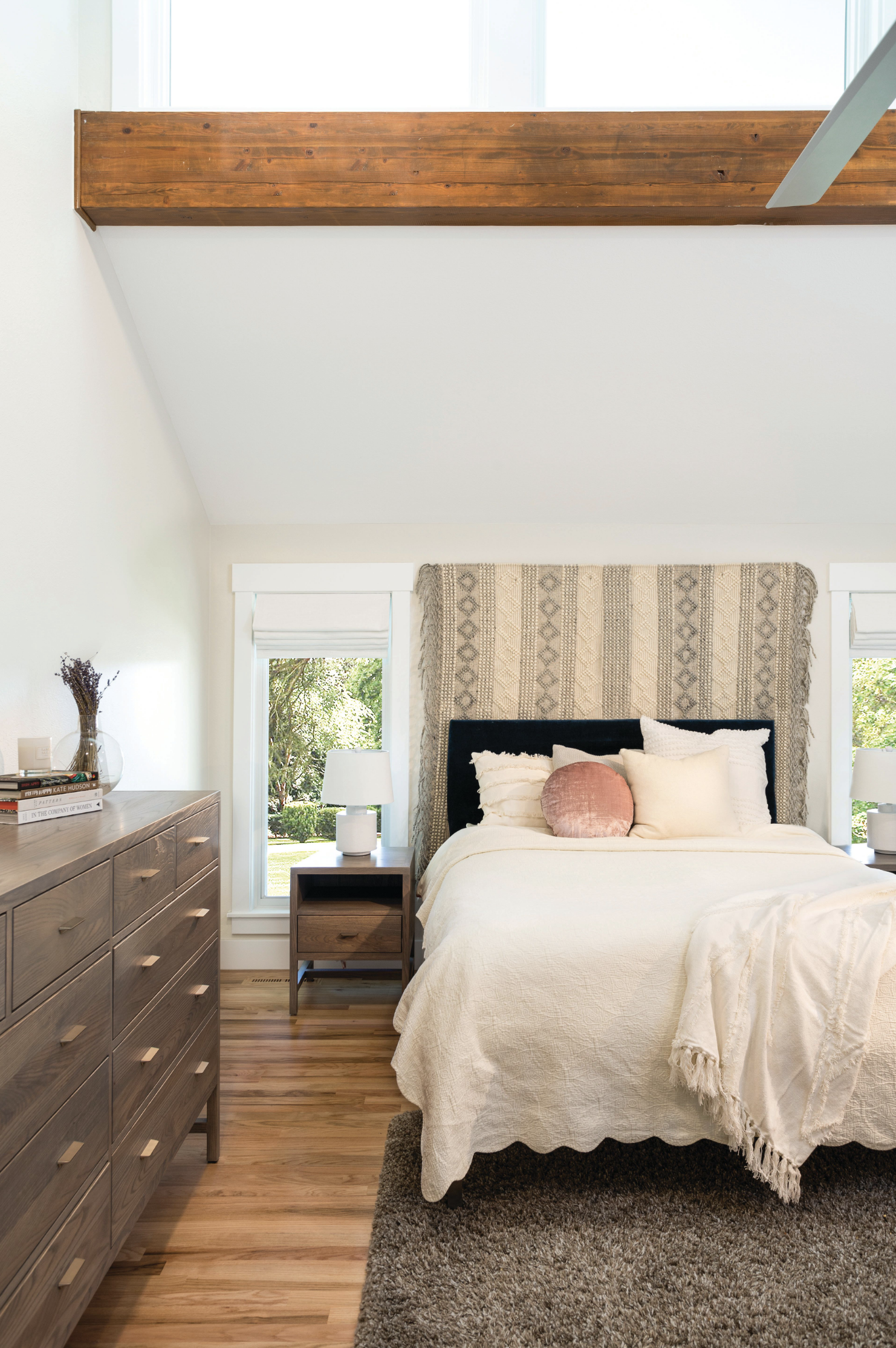 MORE THAN A LITTLE HAPPILY EVER AFTER

After The Paonessas’ renovation wishes came true. The family of four now has a home that suits their spunk and spaces that cheerfully house life’s daily chaos.

They especially love their newly bright kitchen: “It’s super huge, and there’s a lot of space to bounce around,” Camilla says. “We had a galley kitchen in our old house, and we’d always be running into each other in the one corner everyone wanted to be in at any given time.”