This year’s Circle of Excellence recipients continue to elevate our landscape and enhance their legacies. Here, learn about winning custom cabinetmaker Mark Haynam.

“I was a little miffed when I got nominated for the Circle of Excellence,” jokes Mark Haynam. “I’ve always bragged about Aspen Leaf as one of the best-kept secrets in Denver. And nobody knows who Mark is. I’ve never wanted to be the face of the company.”

If those self-effacing comments sound more like the utterings of a California surfer dude than a Colorado ski bum, the impression isn’t far off target. Haynam, who still customarily dresses in “jeans, cool shoes and In-N-Out Burger T-shirts,” grew up in the Los Angeles suburbs, the fourth generation of a cabinetmaking family. After studying engineering and working in the aerospace industry, he took over his ailing brother’s small cabinet business in the mid-1980s. Then, after the economy crashed in the early ’90s, he and his wife and kids pulled up stakes and moved to Fort Collins, rented a small shop space and began offering their custom cabinetry there.

“People hated us,” he says of the local competition’s initial reaction to the out-of-state interlopers. “I actually got a cease-and-desist order from someone, but you can’t trademark woodworking. I just knocked on doors, and business slowly started coming.”

His clientele has steadily grown ever since, with Haynam today employing 40 people: himself, daughter Destiny, son-in-law Chad and one other person manning the Denver showroom they converted from a 1928 house almost three years ago; a service team of five out in the field “making sure our clients are being taken care of”; and another 31 hard at work actually building their custom cabinets to order in Berthoud, between Denver and Fort Collins. “It’s been a great run,” says Haynam. “Everybody’s busier than they’ve ever been.” 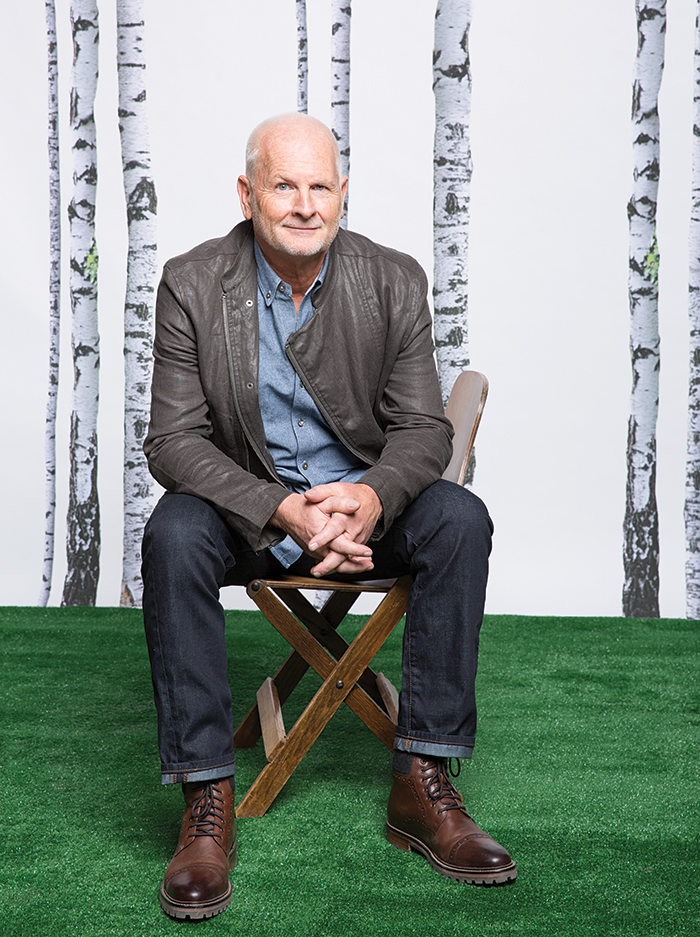 Asked to explain the secret to his success, Haynam typically deflects credit to others. “We’re not really kitchen designers,” he says, noting that his company charges a design-services retainer that goes toward the price of cabinetry purchased. “But we have great relationships with stone fabricators, appliance suppliers, flooring, tiles and so on, and we’ll refer interior designers if they want that.” Ultimately, he adds, “I’m just a good old boy that loves people and wants to build a great kitchen that works the way the people live in the house and they love it every time they use it.”

CHECK … AND MATE: “In school woodshop, I came in with an amazing chessboard with inlaid walnut and maple that I made playing in my dad’s factory. Everyone else had made these little boxes. They gave me a hard time.”

HEARTFELT: “We try to get our clients involved, to look at all sorts of different photos and bring in what makes their hearts flutter, what makes them excited. A lot of people now get good ideas from Houzz.com. We tell them to try to look through their images and think about what pictures make them feel good, whether it’s classic mountain style or real contemporary. If they want a direction that’s not cool, we’ll tell them.”

NEVER GIVE UP: “I’ve personally gone through a lot of trauma and had a lot of loss in my family, including losing my 20-year-old son Samuel to cystic fibrosis in 2010. And in our business, we’ve gone through two and a half recessions. But we still showed up every day. So many people want to throw in the towel too early. Don’t give up.”

FINE MOTOR SKILLS: “I’ve always had a need for speed, and I’ve always enjoyed cars. Three years ago, I got an old 1950 Chevy truck from one of my employees. I stripped it down in three months, rebuilt it and unveiled it at my daughter’s wedding. My next projects will be a 1973 (Toyota) FJ Land Cruiser. I also work on my Audi S5, a Porsche Macan GTS and a Jeep Wrangler four-door.”

GROUNDING FORCE: “People stress out to the max about their kitchens. It’s important to me to get people to understand that life is short. They just need someone to come alongside them and say, ‘It’s going to be OK, and your kitchen will be so cool.’ ”