Where to Buy in the Mile High 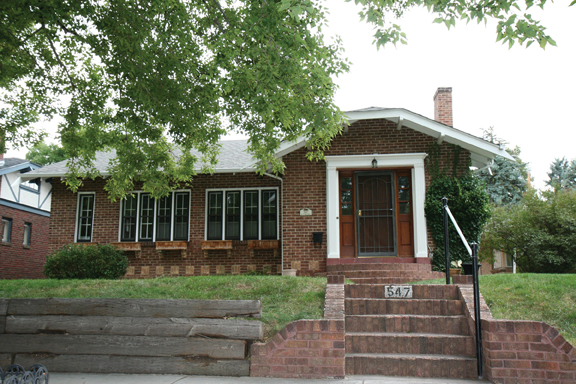 YOUR LOOK: You want a style that feels of another era, one defined by high-quality craftsmanship and attention to detail. You love hardwood floors, built-in cabinets, exposed roof beams and inviting front porches. You don't mind a small footprint, so long as you have plenty of original charm.

YOUR STYLE: CRAFTSMAN
…inspired by the Arts and Crafts Movement, which advocated a return to handmade arts after the Industrial Revolution. Denver has no shortage of these homes, though take note that they're common victims of the pop-top phenomenon. Tip: People often use “Craftsman” and “bungalow” interchangeably, but a bungalow is actually a one-story type of Craftsman home. 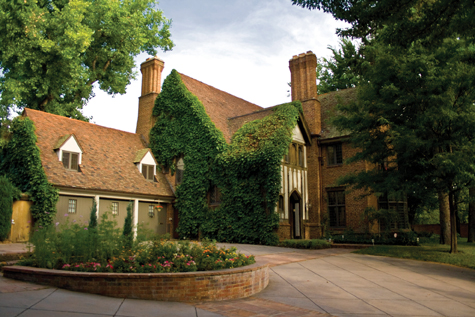 YOUR LOOK:  You dream of escaping to an English cottage, complete with a cozy fireplace, oddly shaped rooms and steep rooflines inspired by medieval castles. You love the look of exposed wood framing on a home's exterior, and there's nothing more charming, in your opinion, than peering out onto the world through diamond-paned leaded glass.

YOUR STYLE: TUDOR
…a revival style from the late 19th and early 20th centuries that emulated homes—and castles—built in medieval England. Tudors come in all sizes, though Denver (like many American cities) has a healthy supply of small ones, thanks to Tudors' surge in popularity among middle-class families in the early 20th century. You'll know a Tudor by its steeply pitched gabled roof, groups of tall, multi-paned windows, and most famously, the exposed wood framing—called half-timbering—that gives a Tudor its signature look. 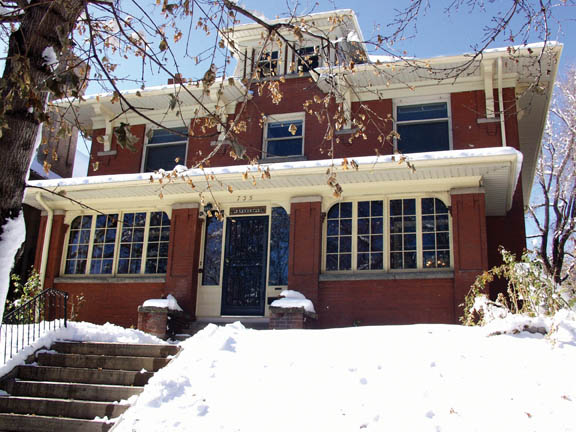 YOUR LOOK: You need more space than a bungalow can provide, but you want a home with a little architectural history. You long to lounge on the front porch on sunny afternoons and sneak up to the attic for a nap on rainy days. You like simple symmetry, but you also want a few classic details—like a beautiful balustrade or decorative glass windows.

YOUR STYLE: DENVER SQUARE
…named for its square footprint. The style came to life after the silver crash of 1893, when architecture took a turn toward more austere styles and the basic square form appealed to many American families. As time passed, however, architects added more ornamentation to many Denver Square homes; you'll notice decorative brick or terra-cotta panels between a home's signature second-story windows. 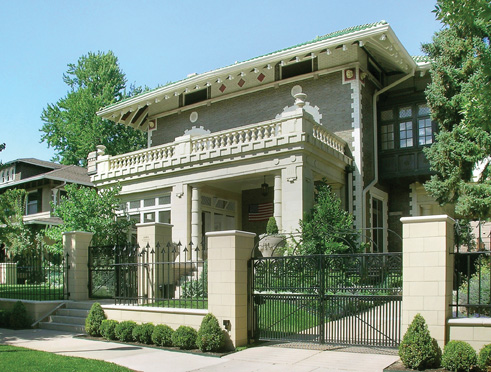 YOUR LOOK: You fantasize about descending a curvy staircase into a grand entrance hall. You love elaborate detailing, great arched entranceways and stately columns. In short, you want to live in a home that feels like a classic, 19th-century French mansion.

YOUR STYLE: BEAUX ARTS
…named for the École des Beaux Arts in Paris, the fine arts school that was the heart and soul of the architectural world in the 19th century. At its core, Beaux Arts depends on classical Greek and Roman precedents—such as a devotion to symmetry—and then adds plenty of elaborate ornamentation. For a beautiful example of Beaux Arts style, look no further than Union Station in downtown Denver. 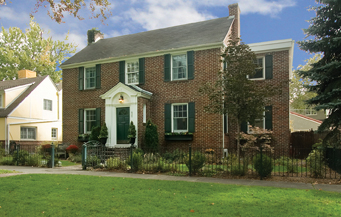 YOUR LOOK: You love tradition. You want a home with at least two stories, plenty of room and a hint of Americana. Simple, classic lines appeal to you; in fact, you would like to live in a home with a silhouette much like the houses you drew when you were a child.

YOUR STYLE: COLONIAL REVIVAL
…a tribute to the home styles that dominated American architecture in the 18th century. These homes are almost always rectangular with symmetrical facades and simple, classic detailing. Typically, the main floor contains all of the living spaces, while the bedrooms are tucked away upstairs. For more elaborate interpretations of Colonial Revival homes, check out the Governor's Residence at the Boettcher Mansion (400 East 8th Avenue) and the Phipps Mansion (3400 Belcaro Drive). 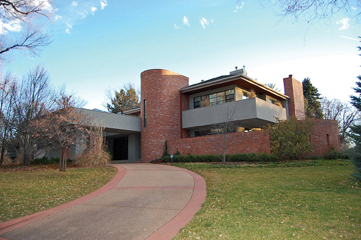 YOUR LOOK: Skip the fussy details: You like sleek, curvaceous forms that have a hint of mid-century glamour. You want space, yes, but you prefer a more unusual floor plan than simple Colonial Revival homes offer, and a few stand-out architectural elements—steel railings or rounded exterior walls—make you swoon.

YOUR STYLE: STREAMLINE MODERNE
…an outgrowth of the Art Deco movement in the 1930s. Inspired by aerodynamic forms, this style stripped away the ornamentation of Art Deco and replaced it with strong horizontal lines and rounded edges plus new materials, such as glass blocks and chrome. Streamline Moderne homes often have a few nautical elements as well—circular windows, anyone?

This article appears in the March 2010 issue of Colorado Homes and Lifestyles.
Categories: Entertaining, Exteriors