We’ve all heard the jokes about Boulder existing in its own impractical bubble; even the New York Times has piled on, running a 2008 feature in its travel magazine that dubbed the city, “Twenty-Five Square Miles Surrounded by Reality.” Boulder, with its reputation for svelte trust-funders and über-liberal politics, has always been a little different from the rest of the state.

But whether or not you buy the bubble theory about Boulder’s people and politics, it’s hard to deny the town’s bulletproof housing market. When the economic downturn sent the nation’s property values into a tailspin last year, Boulder remained relatively unscathed: housing prices dipped a measly 56-hundredths-of-a-percent, says Mike Moger, President of the Boulder Area Real Estate Association and broker associate at Wright Kingdom Real Estate. And that was the first time property values had decreased in 32 years.

Chalk that up to Boulder’s unique location, says Lou Barnes, mortgage banker with Premier Mortgage Group and longtime Boulder resident. “We have 50,000 acres of open space surrounding our city,” he says. “The greatest enemy to durable home prices is sub-dividable land. Without that extra land , we haven’t had a cycle of overbuilding since the 1970s.”

Barnes also points to government jobs. Between the University of Colorado and two large government agencies (the National Center for Atmospheric Research and the National Oceanic and Atmospheric Administration), many Boulderites enjoy relative job stability. As a result, unemployment is at six percent—a far better scenario than the 10-percent average in the rest of the country. Boulder’s famous disposable incomes are still relatively intact.

What’s more, Boulder’s housing inventory reached a 10-year low in 2009, falling by 40 percent, says Barnes. Which is where the bad news comes in: because of this inventory loss, transactions were down by 34 percent. People simply haven’t been selling.

So what happened? “Today’s immobility in [Boulder’s] housing market has more to do with psychological perceptions than true economic distress,” says Barnes. “We have a city of aging baby boomers and overly educated people.” Boulderites listen to the experts: they became cautious about buying or selling real estate because newspapers were telling them to, Barnes says. Moger agrees: “It’s not that the market is depressed; it’s that the sellers haven’t come back yet. I have several buyers today looking for a single-family home in the $400,000-$700,000 range, and there just aren’t any houses for them.”

Today, the products in highest demand in the Boulder housing market are mid-range single-family homes ($400,000-$700,000) and condominiums ($200,000-$500,000). Anything over those prices is stagnant primarily because of the difficulty in securing jumbo loans, says Barnes. It’s the same reason that mixed-use condo projects and multi-million dollar homes on the unincorporated land in east Boulder County have fallen off.

There’s no telling when sellers will get the ball rolling again in Boulder, but Barnes predicts the recovery will happen “before the rest of the country.” 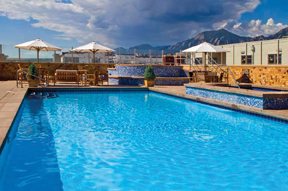 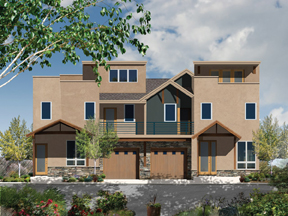 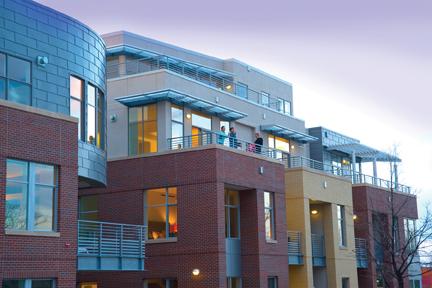 This article appears in the May 2010 issue of Colorado Homes and Lifestyles.
Categories: Real Estate