With four illustrated books under her brush, including The Iridescence of Birds, a work about Henri Matisse, as well as a constant flow of freelance work in national magazines, a fruitful gallery career and a new installation piece on display at Denver Art Museum, it is hard to imagine Hadley Hooper, 51, ever struggling as an artist.

But that was absolutely the case. After receiving her BA in painting and illustration at Kansas City Art Institute, the Denver native moved back and took her first illustration assignment at Westword. “I did such a poor job, I didn’t have my own voice or visual vocabulary,” she says. “It was so bad they didn’t use it and gave me a kill fee. I felt so terrible, I put the illustration portfolio away.”

“I do a lot of weird printmaking stuff. I like that transferred line—there’s something about it that feels like it has a previous history.” — Hadley Hooper

For the next six years Hooper did odd jobs like painting murals and traditional animation cels while waitressing at My Brother’s Bar in downtown Denver. At the same time she joined Pirate co-op, an alternative gallery where she found kinship with a merry band of creatives and “painted like crazy.” As the years amassed, Hooper grew “tired of waking up in the morning smelling like beer [and] cigarettes” and decided to give illustration another try. She sent note cards of her paintings to 10 publications, including The New Yorker, Ray Gun and Westword. All three hired her right away.

“I loved the politics and dirty dealing and the sex stories and drug deals gone bad and restaurant reviews,” says Hooper. “The fun thing about illustration, as opposed to painting, is the problem-solving aspect: getting that story and figuring out how to enhance it without reiterating what’s in the text already.”

Firmly planted in the working-artist mode, Hooper has kept her hands dirty with ink or paint ever since. In 2005 she helped create the RiNo Arts District and has been a resident artist at Ironton Studios for the past 13 years. A calming presence with blue eyes and cropped blonde hair, Hooper answers questions from a couch in her cozy, chic studio as the sun illuminates the white walls covered with her paintings. 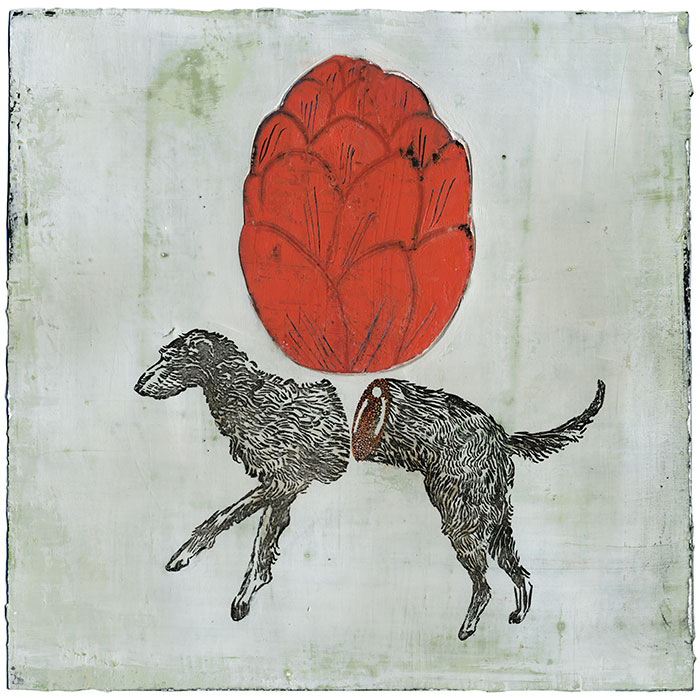 Those works—a mix of ink, oil paint and prints—provide a lovely counterpoint to her illustration. They’re perfectly playful, somehow combining childlike wonder with old-age wisdom. “I do a lot of weird printmaking stuff,” says Hooper. “I like that transferred line—there’s something about it that feels like it has a previous history.”

The transferred line she talks about is the ink and oil that travel across three different mediums before taking full form. She cuts out shapes from cardboard and foam, rolls lithography ink and oil-based paints on top of the tiles with a brayer, and then pushes the tiles onto a panel—a process she calls a “low-tech, poor man’s printing press.” 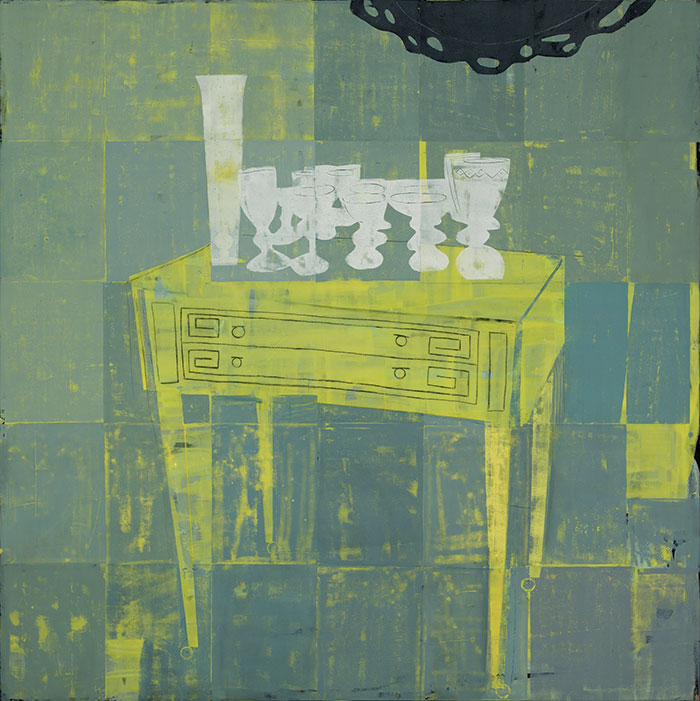 During this process, Hooper tries to find that perfect balance between spontaneity and planning, keeping in mind that the artistic process is “not just like following a recipe” or about knowing “what you’re going to get in the end.” Her advice seems apropos to her life as well as her canvas: “Pay attention to the mistakes that happen,” she says, “and respond as you go.”

You can learn and see more at hadleyhooper.com.