The Mother-Daughter Duo of D’Amore Interiors 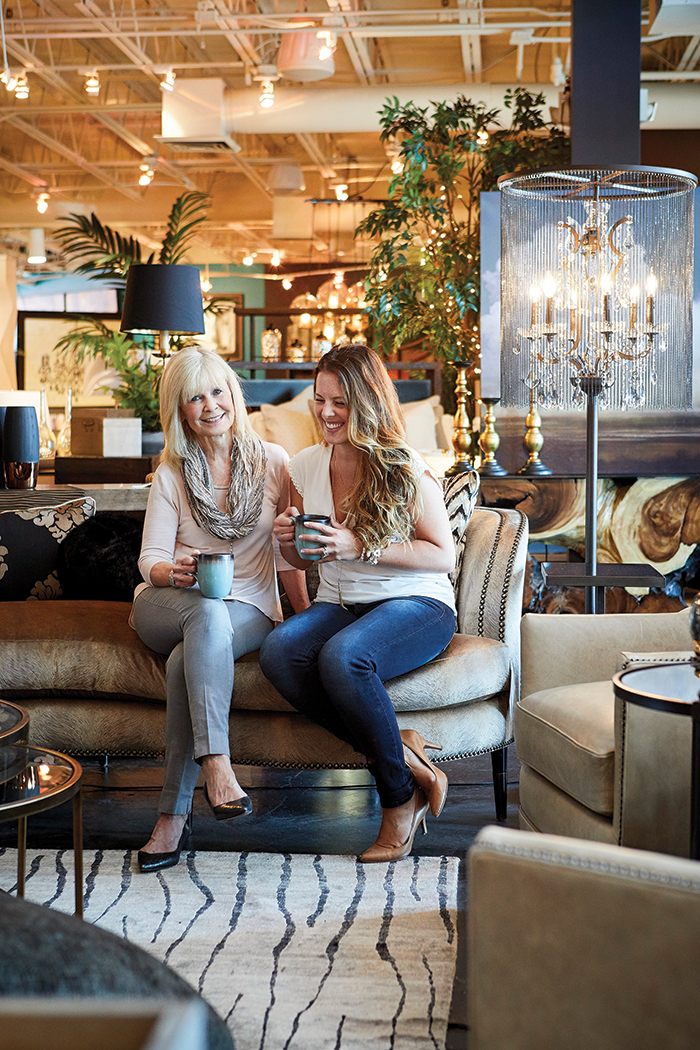 Mother-daughter duo Marilyn D’Amore and Gina D’Amore Bauerle are the Gilmore Girls of Colorado design. Conversation between them moves quickly—pinballing from new clients to furniture shipments to Gina’s 3-year-old son, Knox—they finish each other’s sentences frequently, and their pride in one another is evident. This rhythm comes from a maternal bond, of course, but more accurately, it’s the result of the pair working side-by-side since Gina was a kid.

“I always wanted to do what she was doing,” Gina says, reflecting on a childhood of painting and crafting alongside her designer mother, who began D’Amore Interiors in the 1980s with her husband, Frank. At 12, Gina started working in the family’s showroom; at 16, she began selling furniture; and at 18, she started teaming up with her mom on interior design projects.

Now 33, Gina has clients and a family of her own—including husband, Eric, who runs marketing for D’Amore Interiors—but she and Marilyn continue to work closely, whether it’s rearranging furnishings in their 18,500-square-foot Denver showroom or offering each other design advice.

“She’s the only person on the planet that if I get stuck or I’m frustrated, I’ll call her and all of a sudden she puts a different perspective on it for me and gets me out of that rut. There’s no one else I’d ever trust with that,” Marilyn says.