The Bird Man of Wheat Ridge

Meet this artist, teacher, and coach whose paintings take flight

​Birds call to artist Brandon Finamore the way they once did to John James Audubon. Finamore, a 23-year-old Wheat Ridge native who recently presented his first show of bird paintings at The Source, an artisan food market in Denver’s River North District, finds abiding inspiration in Audubon, the 19th-century naturalist whose magnum opus, Birds of America, is considered the gold standard of ornithological artistry. 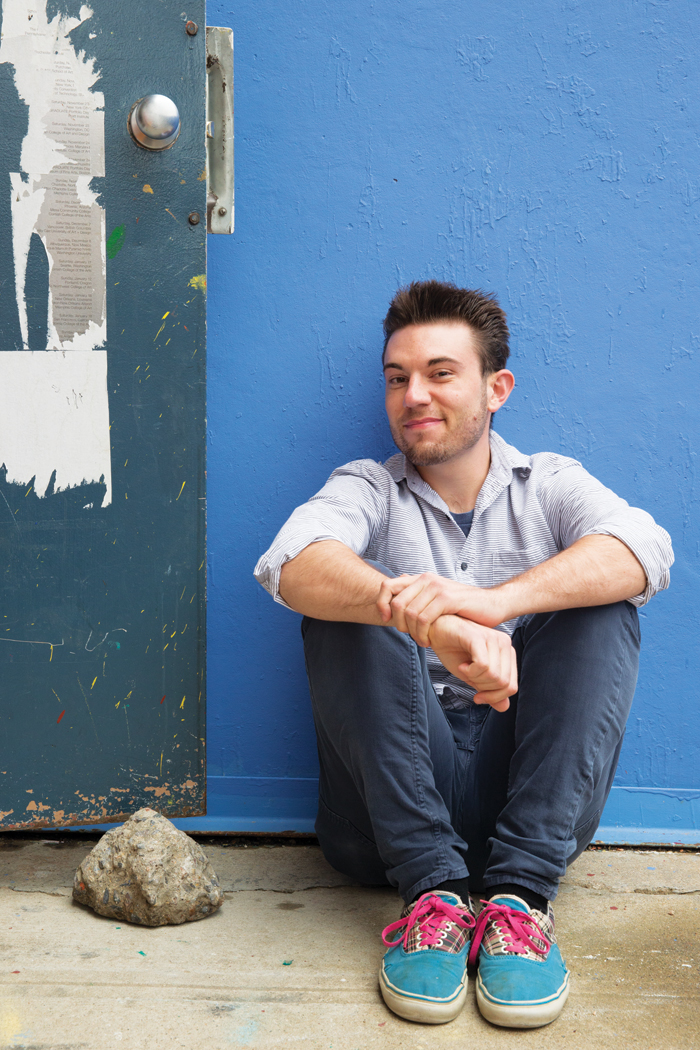 Though Finamore describes himself as an “outdoor person who grew up with wildlife in my backyard,” the notion of painting birds, particularly dead ones, didn’t come about until late 2013. “I was doing paintings that had a lot of scientific research and questions behind them,” he says, “like, ‘What specific butterfly would interact with what kind of fox species?’ And one of my professors at the University of Denver said, ‘Why don’t you try to paint science?’” So Finamore tagged along on a behind-the-scenes tour at the Denver Museum of Nature & Science, where he met Collections Manager Jeff Stephenson and got his first glimpse of the museum’s treasure trove of specimens, some of which date back more than a century. Still, he admits, he was a mere hatchling when it came to bird knowledge. “The first time I went in to photograph birds to paint, I said, ‘I’d like to see the warblers.’ And Jeff said, ‘Well, we have over 3,000 species of warblers.’ So I said, ‘Uh, maybe yellow warblers?’ and he said, ‘We have over 300 yellow warblers!’ I learned really quickly how precise I needed to be.” 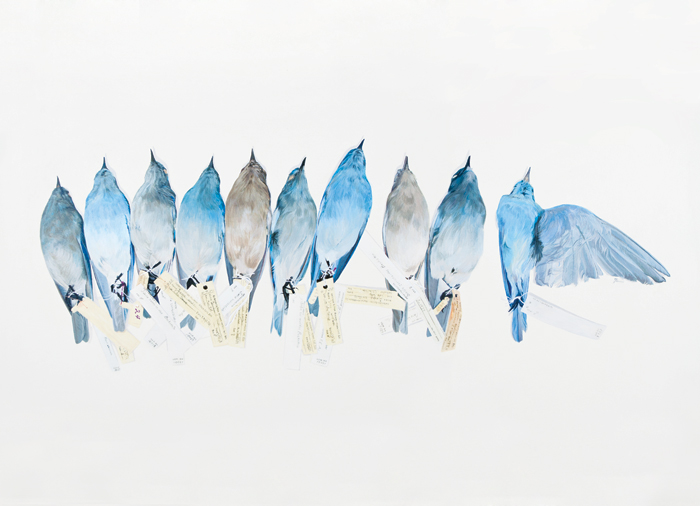 Finamore has since brought that same precision to his life-size, acrylic paintings of birds, from hummingbirds (the very first bird he painted and still his favorite) to blue jays to birds of paradise, as well as nests—house wrens, scarlet tanagers, chipping sparrows—most of them from the museum’s archive. He often even includes the identification tags that are attached to birds in the specimen drawers. “I try to paint like a scientist—very photorealistically,” he says. “My goal is for an ornithologist to come in, look at one of my paintings, and be able to identify the bird by counting the striations on the feathers.” But he also wants to impart his love for his subjects: “I always add a warmer wash in the background of my paintings; I want people to subconsciously think, ‘This bird may not be alive, but it’s still gorgeous.’” 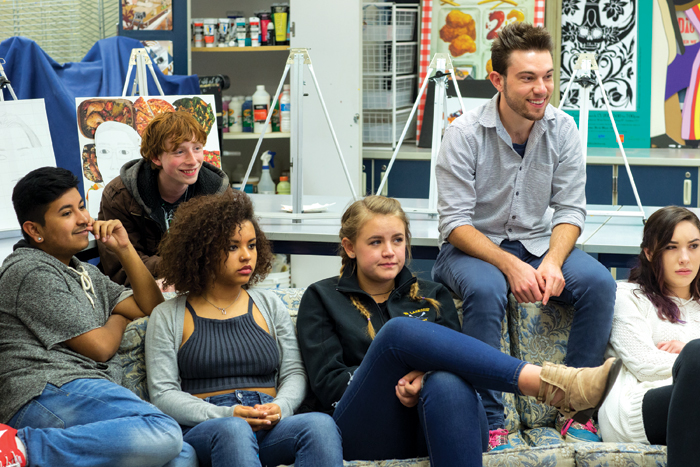 Finamore didn’t discover his own artistic talent until his sophomore year at Wheat Ridge High School, where he spent the 2014–15 school year paying it forward as a student teacher in the art department (he’s also an assistant cross-country and track coach there). “Wheat Ridge has given me so much, and I wanted to showcase that for other students,” he says. “I like to throw up my own work in class—even pieces I did in high school—for my students to critique. They might not know a piece is mine, but it’s kind of cool to get their feedback. A lot of my students are psyched that I am actually a practicing artist; they ask my advice on how to get into gallery shows, how to build a portfolio, how to apply to art school.” 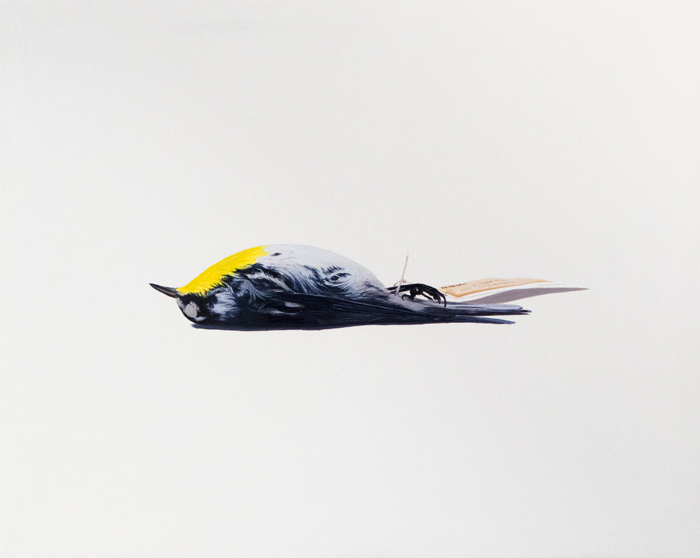 They also enjoy ribbing him. “Yes, I get made fun of!” he says, recalling a day this spring when he found a “Mr. Finamore” portrait—his face on a bird body—on his desk at school. “My students see me as a bird freak. It’s true. I’m not a bird watcher, but I am really fascinated by them.” 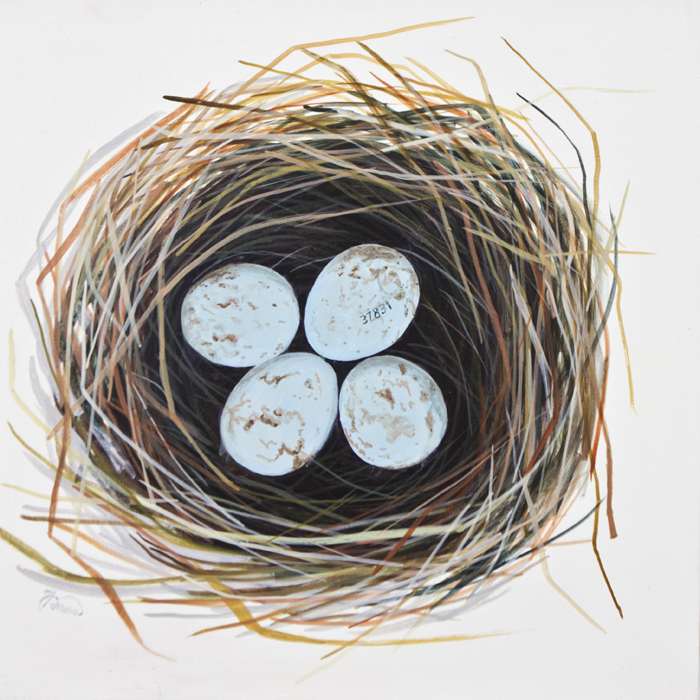 Finamore, who aims to complete his master’s in art education this summer at DU, hopes to be able to fashion a career out of both teaching and painting (his work can be found at brandonfinamore.com). “My dream would be to teach in high school and also be a scientific illustrator, creating paintings for research or for publication, like field guides. I like having an artist’s viewpoint in the eye of science. That is what’s really cool.”