This Colorado native lures the viewer with levity and beauty, only to lead us into the profound

The same year Sarah Bowling graduated from the School of the Art Institute of Chicago, the artist signed on with Denver’s RULE Gallery. She was all of 23. A Colorado native, the not-so-struggling artist returned home to set up life and studio in the Mile High City. And though her work has already been exhibited in solo and group shows across the country and purchased by private collectors, she still makes time to visit with Mr. Stallings, her inspirational art teacher at Cherry Creek High School. This year, Bowling will be featured at the Chinati Foundation’s annual October weekend festival in Marfa, Texas, where the work of big-name artists, including Donald Judd (Chinati’s founder) and Dan Flavin, is on permanent display. Here, seven insights we gleaned in conversation with this creative force. 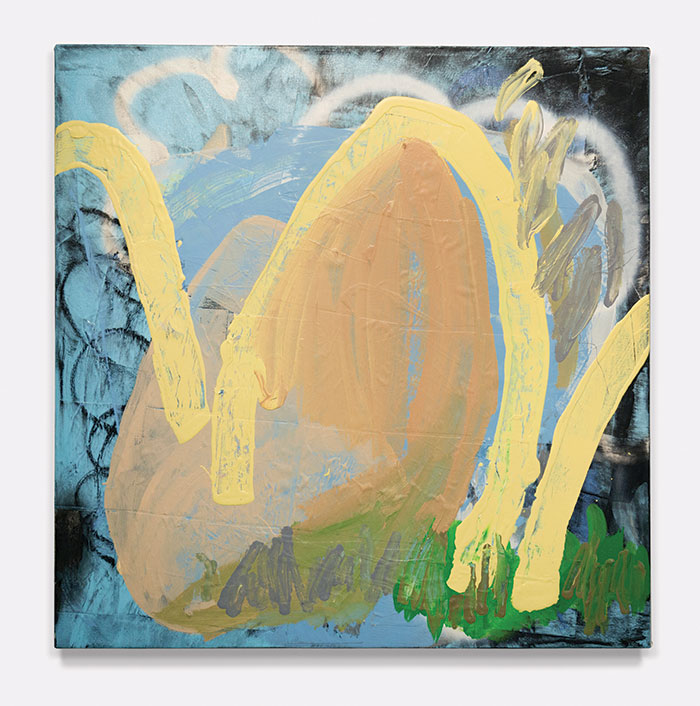 When the Tide Rises

1. SHE DOES GO CHASING RAINBOWS

All the arcs in my paintings started as rainbows. I had an ex-boyfriend who would never look at rainbows, and it bothered me so much that rainbows became a symbol of desire for me. You can’t control when they appear, and when they do, you want to chase them. But you never really reach “the end of the rainbow.” I think that’s what desire is like, a perpetual state of want and need stemming from absence, a moving horizon, and something that doesn’t last forever.

2. HOME IS WHERE HER ART LIVES

After graduating from the Art Institute, I wanted to come back to Denver. In Chicago we were all like sardines packed in one area. I get a lot more inspiration here being outdoors and having space in the world to expand and do my work. 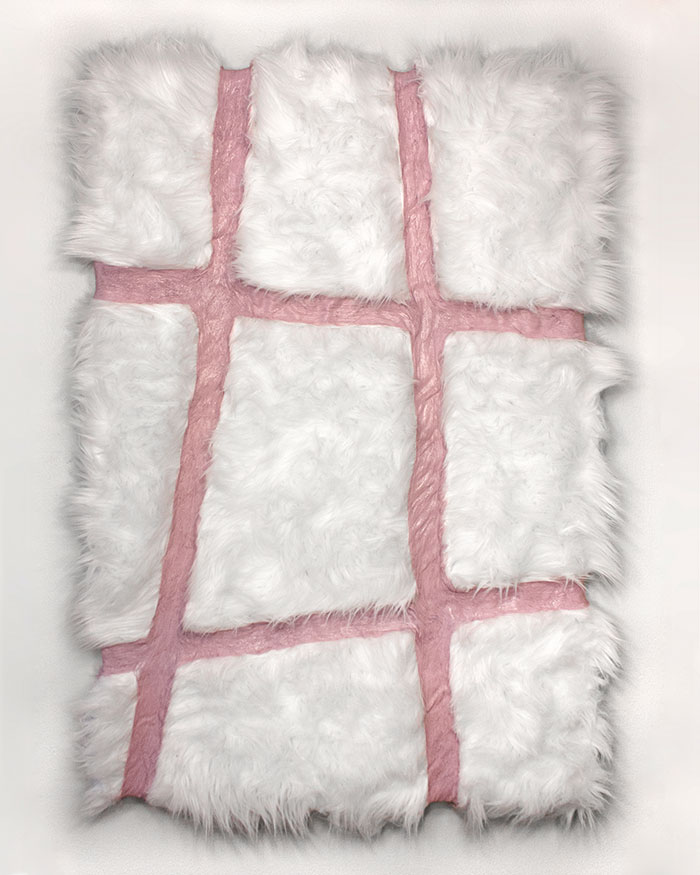 3. SHE LOVES A GOOD PAIRING

I like to depict things that evoke activity between two people and the push-pull dynamic of relationships, not just with other people, but between yourself or with society, trying to fulfill societal expectations, and sometimes not fully fulfilling them. My pieces live in between contradictory themes of triumph and defeat, intimacy and distance, safety and false security. The tic-tac-toe board (above) is empty, waiting to be played with, but it takes two people. The paint looks like bubble gum—it’s sensual, something you put in your mouth and chew, but it doesn’t last forever. 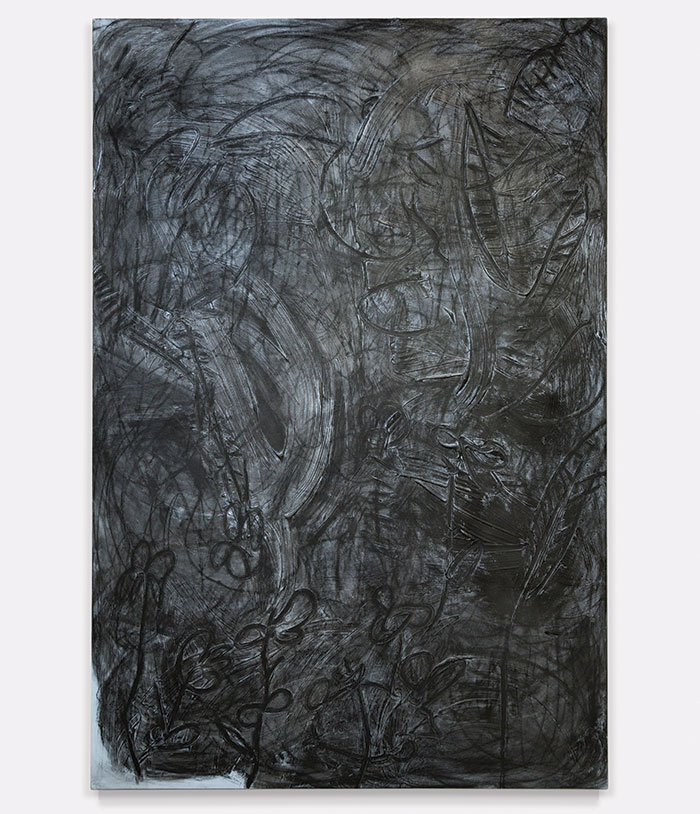 And I Grew Anyways

4. HER DARK SIDE FLOWERS

Charcoal is such a visceral way of mark-making, because I use my whole body. It’s aggressive but also sensual. I had been making a big painting and was frustrated for months. I heard about the [2017] bombing in Manchester, and I had a lot of anger and grief, and I took it all out on the painting. In making “And I grew anyways,” I was really aggressive at first, but then I became more gentle and began to draw little flowers. The whole piece is black, but it has all these little flowers growing in it. Flowers are very temporal. They grow and then, like us, they die. 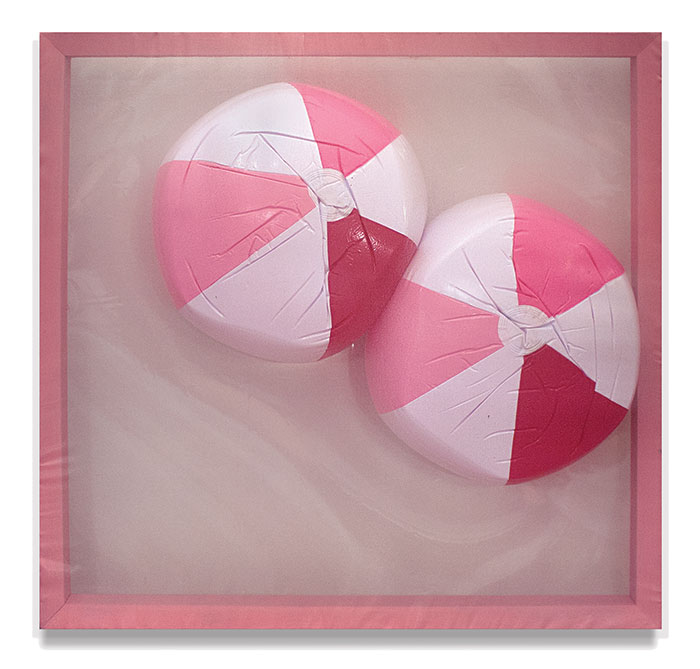 I have a lot of memories of going to the beach in Maine with my family. Beach balls represent those playful innocent times. But I use them in a more provocative way. Like human bodies, they have a beautiful life span to them. When I blow them up, I can see the moisture of my breath; they are plump and delicious. Then over time, they deflate and wrinkle. They feel so bodily to me. Allowing them to deflate and get wrinkled over time in the piece is a way of accepting things won’t be plump and delicious forever, but they are still beautiful. 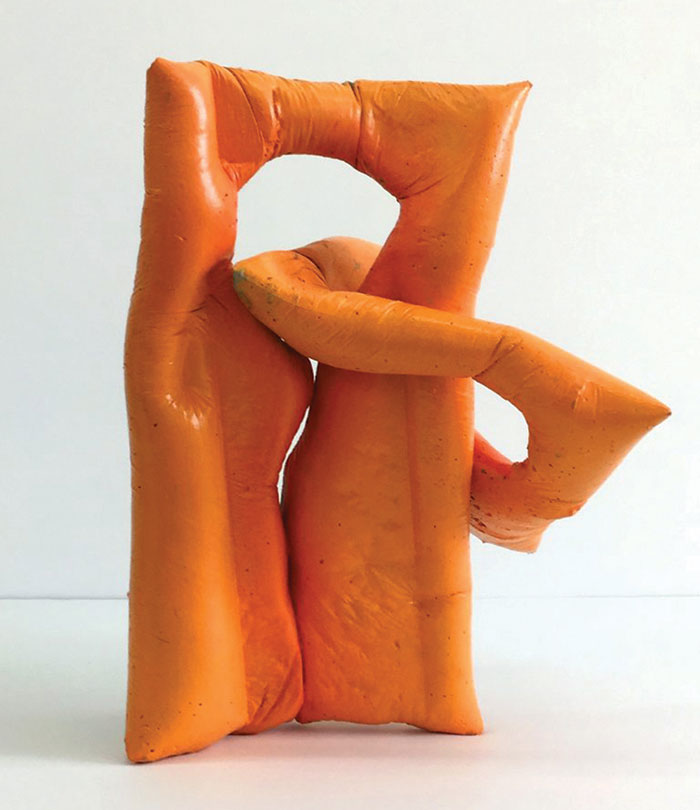 6. SHE WONDERS: ‘ARE WE SINKING OR SWIMMING?’

I made these life vests to balance each other. They are intertwined in a way that the front piece would topple over if the other one wasn’t hanging on it. It’s about dependency or a symbiotic relationship, whether toxic or loving. We’re taught from birth to depend on others, which can be positive or negative, and we teeter on that line in-between. A life vest is supposed to save you, and orange is a safety color. But I made these out of concrete, so they give a false sense of security. On the back side, you can see they’re made of concrete. I painted them on only one side to show their vulnerability and what they really are.

7. SHE PUTS PLAY IN CONTEMPLATION

I like the dynamic of playfulness and being able to pull people in to my art long enough to get to the conceptual and deeper side of it. I enjoy creating something that is playful but has a serious tone to it. I think this is something our world can use more of—being able to embrace things in a serious manner, but also to realize when things are meant to be goofy and more lighthearted.