The Powers Art Center in Carbondale

Think of it as an under-the-radar treasure. Last spring, as 24-hour celebrations hailed the opening of the Aspen Art Museum, the Powers Art Center made its humble debut. Both buildings champion contemporary art from scenic perches, but the Powers Art Center is covert in its hard-to-find location off Highway 82, its straightforward exterior blending into the surrounding hillsides. Yet that quiet persona is exactly what makes its discovery all the more exciting.

Designed by Japanese architect Hiroshi Nanamori in collaboration with Glenn Rappaport of nearby Basalt-based Black Shack Architects, the Powers Art Center houses a remarkable private exhibition of Jasper Johns’ limited-edition works on paper. Kimiko Powers, who with her late husband, John, assembled one of the world’s most influential Pop Art collections, conceived the center as a place to share their love and appreciation for contemporary art with the public.

“It’s the articulated negative spaces between the elements that create a powerful sense of the whole.” — Glenn Rappaport, collaborating architect

For its design­—intended to be easily understood both inside and out—the architects employed a strikingly minimalist composition. A monumental sandstone-clad cube gains serenity from its surrounding zero-edged reflecting pool, while a spartan concrete pergola weds earth, water and sky. Voids carved from the building’s mass—the entrance notch, open grid of the pergola and sections of the interior galleries—offer “pauses” that suggest the Japanese concept ma, simultaneously embracing form and nonform. “It’s the articulated negative spaces between the elements that create a powerful sense of the whole,” says Rappaport—an idea that’s also a favorite with contemporary artists, including Johns. 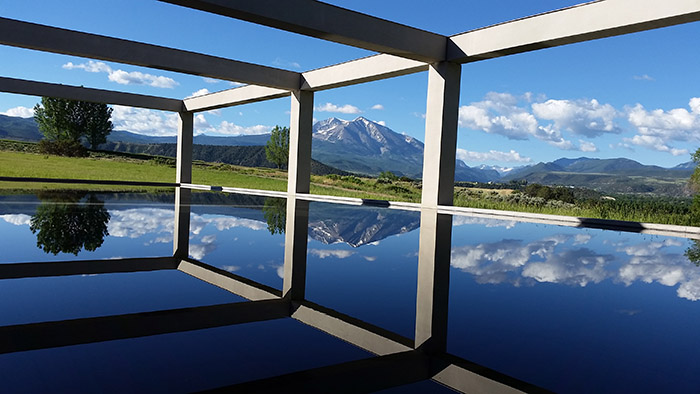 While spare forms and rugged materials ground the two-story, 15,700-square-foot center, its Mondrian-like pergola shoots energetically outward, mirrored in the shifting water surface. Dramatic in its unexpected ranchland setting against the commanding backdrop of Mount Sopris, the Powers Art Center offers a rare antidote to today’s sensory overload with its intentionally designed in-between spaces where visitors can pause and discover the extraordinary collection within. 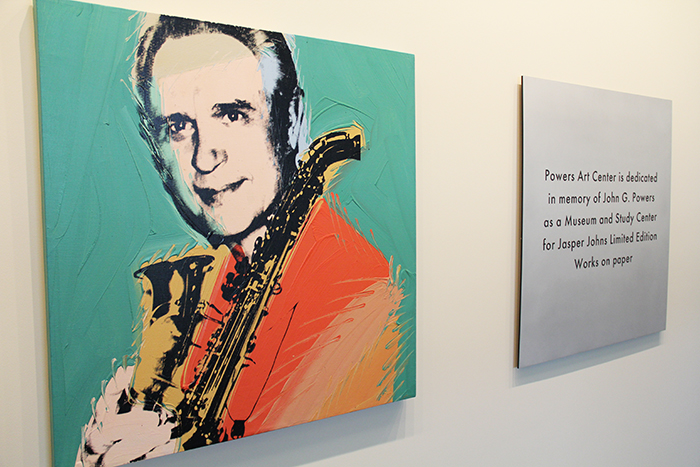 Luminous galleries guide visitors through Jasper Johns’ work and highlight other elements of the Powers’ collection.

The Powers Art Center is open Monday-Thursday, 10 am to 3 pm. Admission is free!