My Day As A Stranahan's Whiskey Bottler

At first glance, it has all the makings of a childhood riddle, “What do you get when you cross a craft whiskey maker with a creative brand marketer and thousands of enthusiastic Colorado residents?”  The answer is well known to those who appreciate fine whiskey and want to be part of an iconic Colorado brand.

If you’ve ever been on a tour of Stranahan’s Colorado Whiskey, you know about “the list”—a database of 30,000 Coloradans who’ve registered for the volunteer bottling crew.  Just like it sounds, you work 4-5 hours for free to bottle whiskey, preparing it for retail sale.  Your name can be on the list for a few weeks or a few years—selection is by random drawing two to four times each month and the first 32 to respond are in.

So what it’s like to be one of the chosen few and join the ranks of the coveted bottling crew? After 4 years of waiting, I finally was about to find out.

I admit, I’ve never worked on an assembly line before and this experience was entirely new to me. We all started by preparing the metal bottle toppers and then we chose our stations—I was part of the labeling team.  A quick minute of training and off we went. Empty bottles loaded onto conveyer belts, bottles washed, filled with whiskey, corked, hand labeled, topped and finished, a brief QA inspection, six bottles to a box and lastly, each box loaded onto a pallet.  That’s the process we would repeat for the next three hours while classic rock from the 80s and 90s competed with the roar of the machines and clanking of glass.   Bottle after bottle, each one feeling like it was coming at a faster pace as the day progressed. It wasn’t long before the “I Love Lucy” chocolate episode became personal. 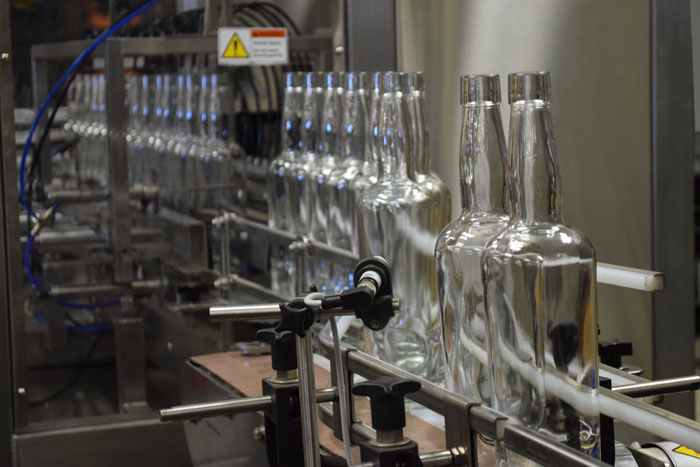 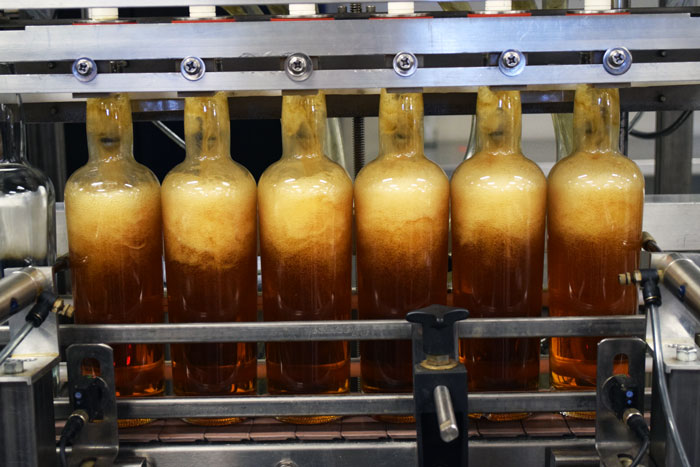 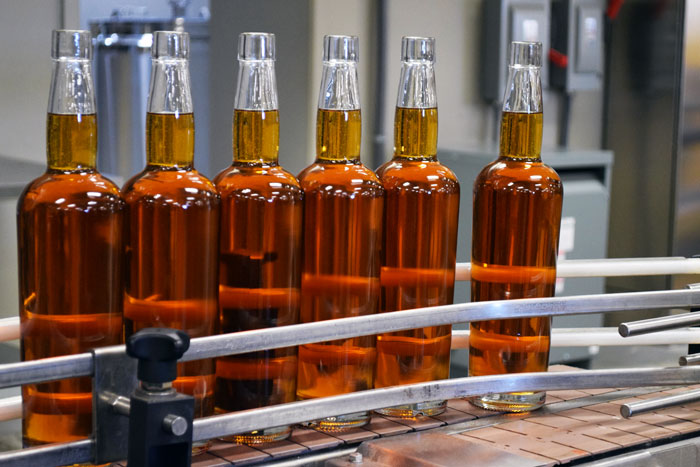 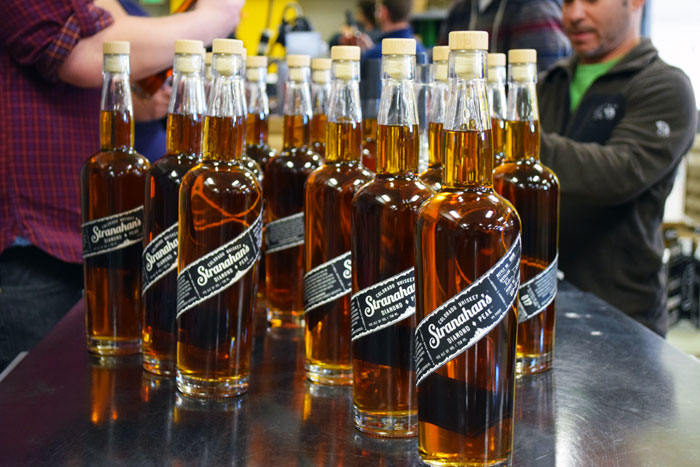 THIS IS HARD WORK!

In three hours, we bottled 2,400 bottles of whiskey.  No sitting on our thumbs—we were moving the entire time and I felt it when we were done.  Who knew labeling whiskey could be so tiring?  Perhaps it was the mental concentration, to make sure I had the label properly placed in the middle of the bottle, appropriately angled and without bubbles.  Or maybe it was the constant reaching to grab the bottles without knocking them over. (Which, by the way, I almost did TWICE.) Either way, when our shift was done, I felt like I had put in a good day’s work and sense of pride for my contributions to the process. 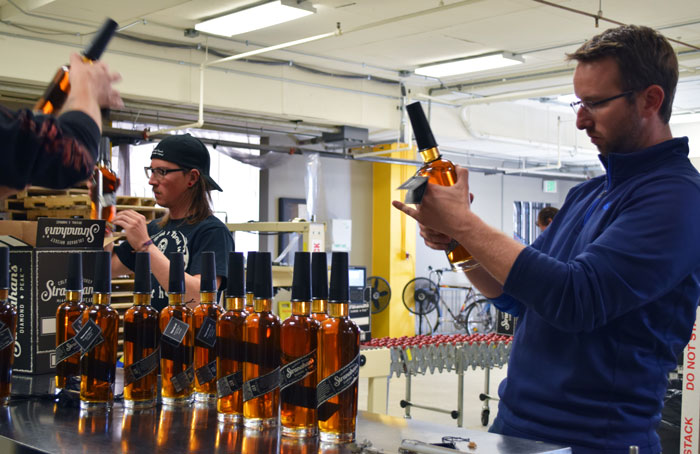 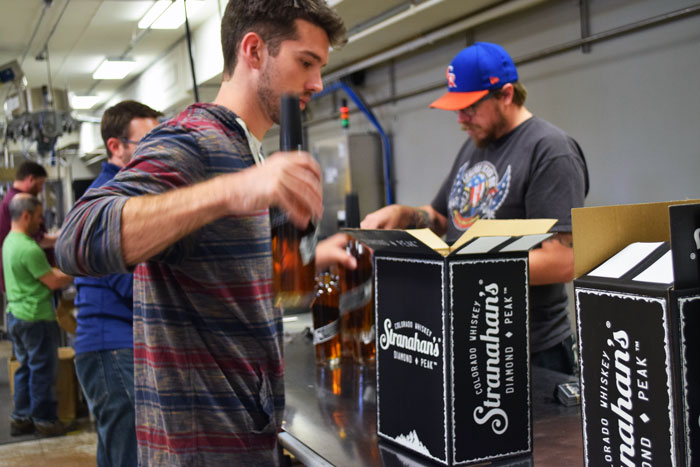 THE REWARD IS SWEET

When the shift was over, we were all ushered into the tasting room to sample the batch we had just bottled: Diamond Peak batch 17, aged four years. One of the master distillers taught us how to properly drink fine craft whiskey (hint: no shots and never, EVER mix it with cola) and educated us on flavor nuances, including adding a small amount of water which mellows the smoky goodness and brings out the caramel notes of the whiskey.  (I was amazed at the difference in taste.) 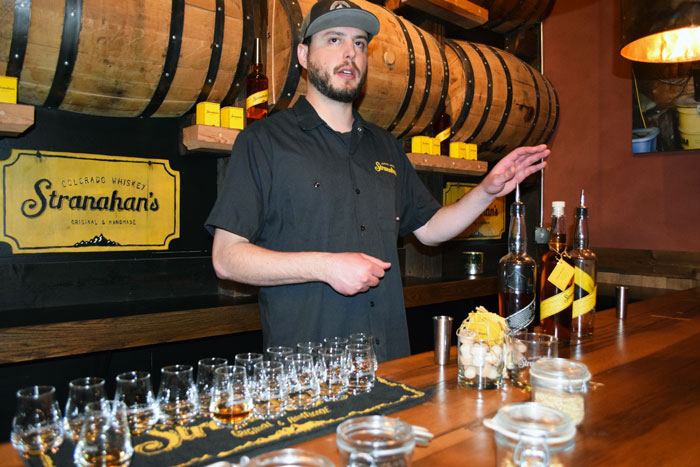 Now that we were properly trained on whiskey flavors, we then took a tour of the distillery lead by our personal (and very enthusiastic) tour guide, followed by a pizza lunch and the best reward of all: a bottle of whiskey to take home. 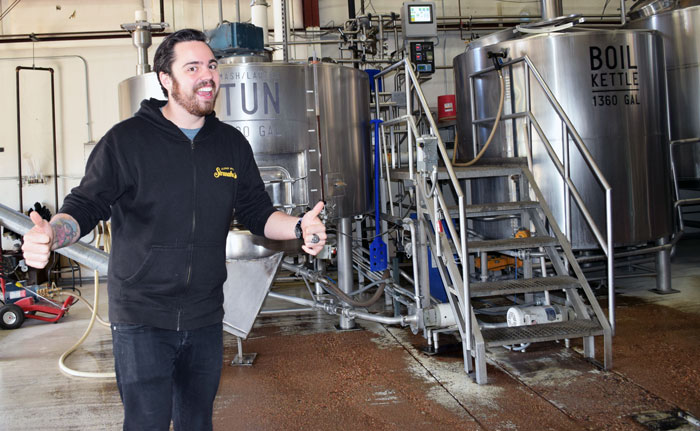 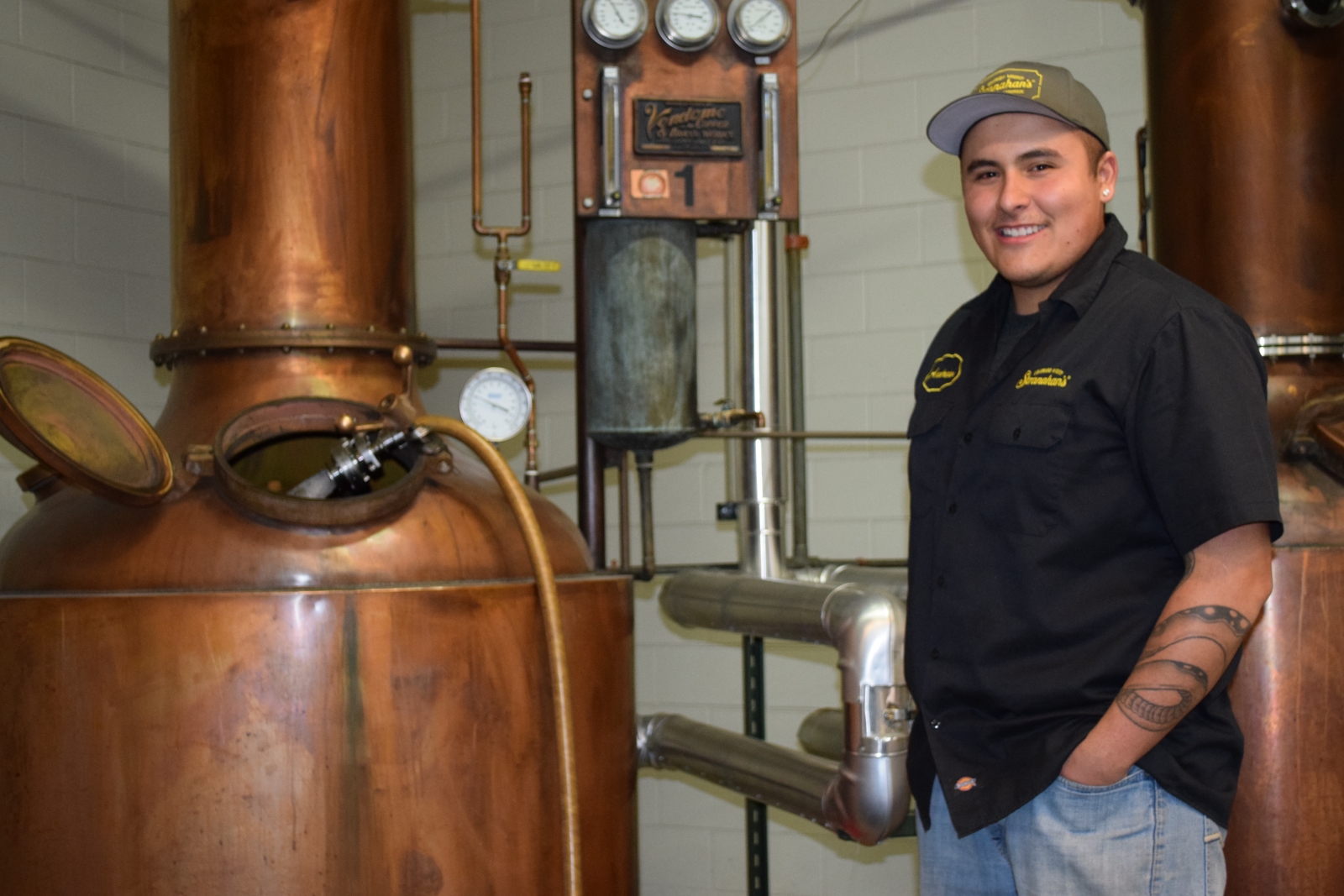 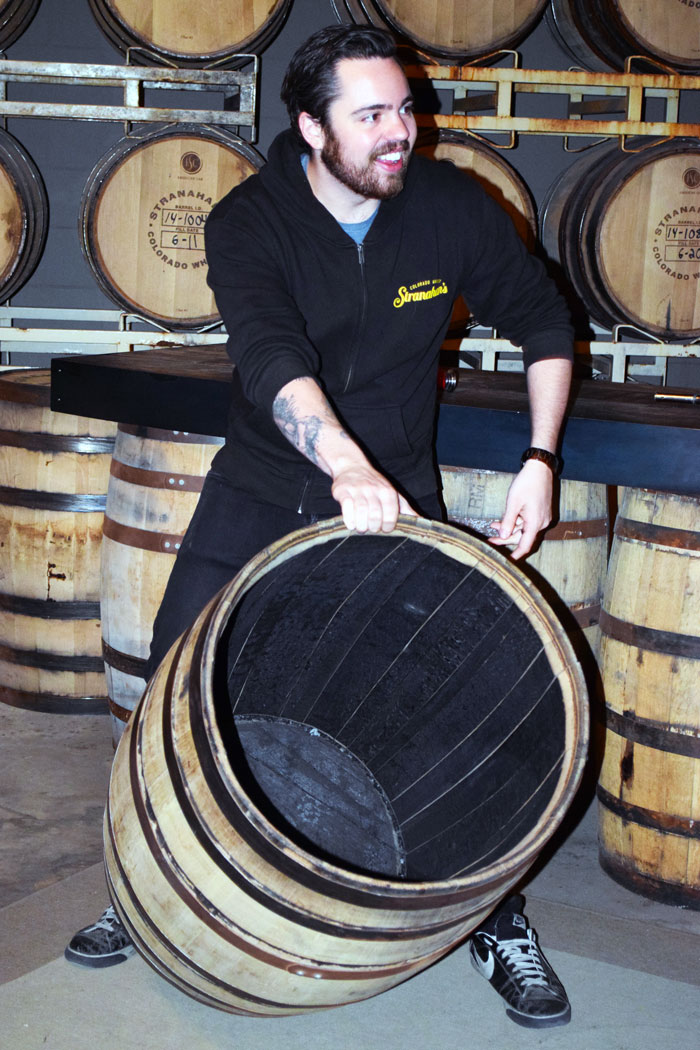 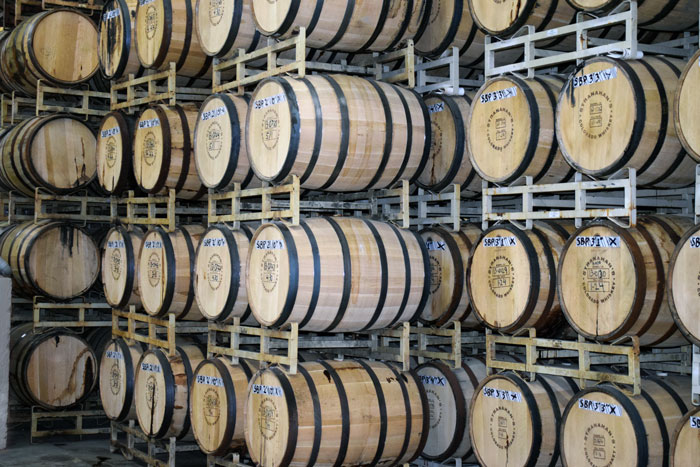 All in all, it was a great day and a unique Colorado experience, one I’ll savor for years to come. 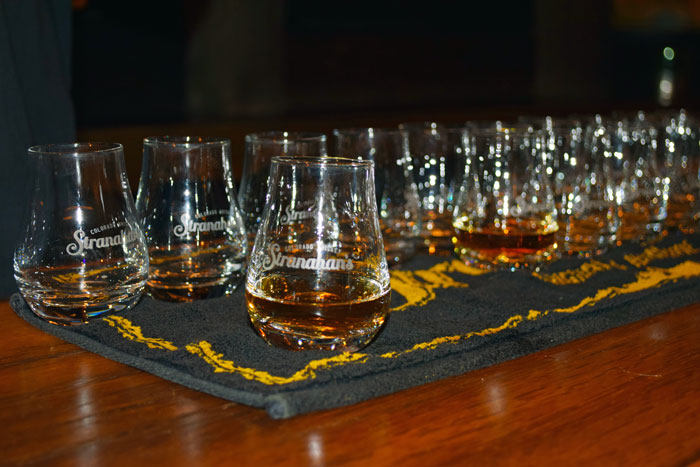