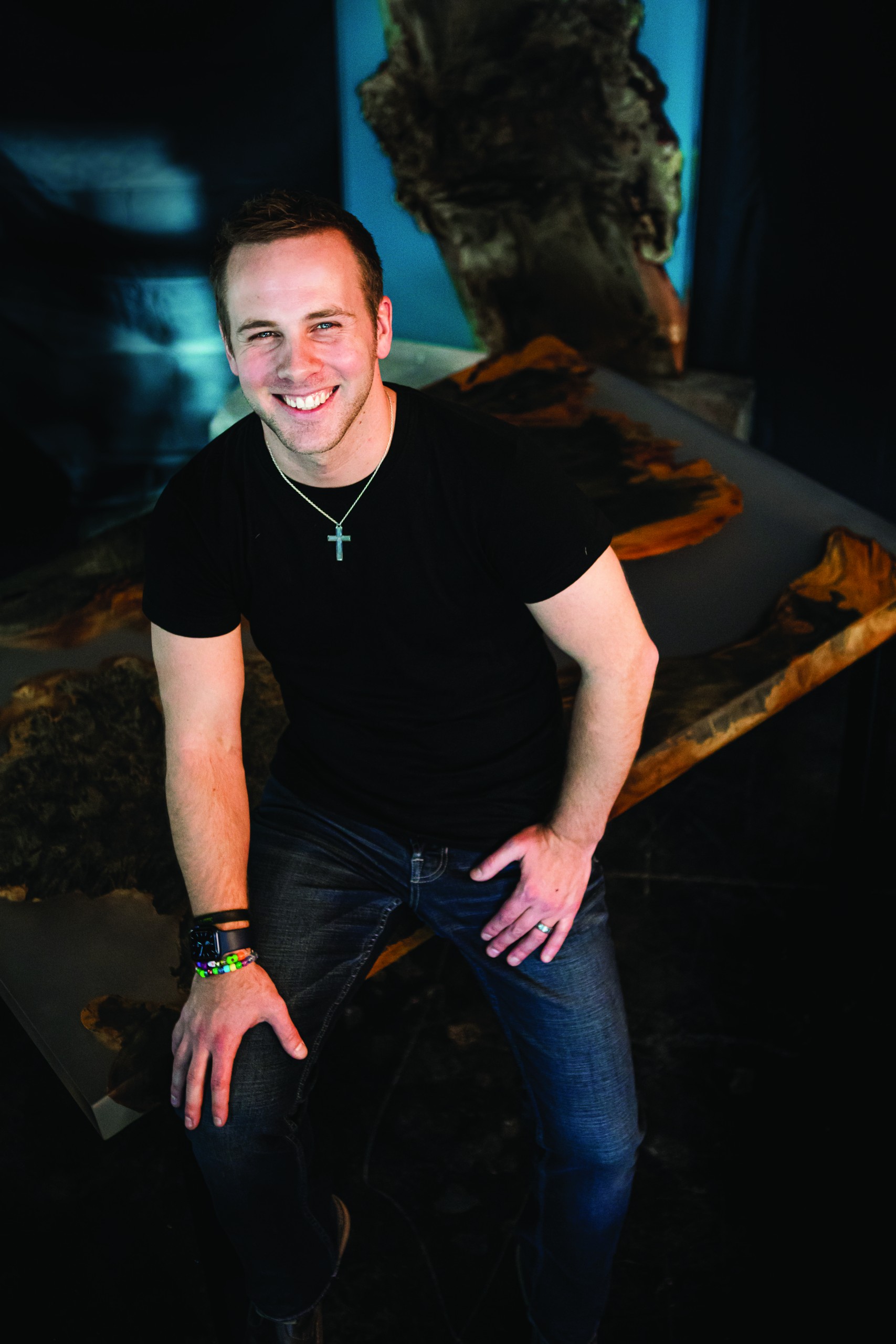 Not every guy can navigate a day in, day out partnership with his wife and in-laws, but for Eric Bauerle it’s been a perfect fit.

Bauerle runs the business end of D’Amore Interiors with his father-in-law, Frank, and serves as all-around go-to guy to his designer wife, Gina. Bauerle tackles the work contractors won’t touch, like suspending huge bunk beds from the ceiling and attaching 300-pound bookcases to the wall. “She comes up with the ideas, and I figure out how to make them work,” says Bauerle.

Most recently, he has added “furniture designer” to his man-of-many-talents résumé. To say it’s in his blood would be an understatement: Bauerle’s great, great grandfather founded Willard Woodworking, making Bauerle a fifth-generation woodworker.

“My dad ran the lumber yard and, as young as I can remember, I was there—shooting hoops in the yard when I was little, working part-time as a teen, and using the machinery on the sly to build projects. I truly grew up in the business.”

Bauerle’s current creations are wood-and-epoxy tables. He starts with solid slabs of wood cut into different configurations, then lays the shapes out on a form, and pours in epoxy to fill any gaps. After three days of curing, Bauerle sands the table down, stains the wood, seals the whole surface, and then adds a metal base. The process takes four to six weeks and results in one-of-a-kind works of art.

While he enjoys the creative outlet of making tables, he’s most excited about continuing the Willard Woodworking legacy.

“To grow up in my family’s business and to evolve it,” he says, “I’m pretty proud of that.”