Downsizing From a Victorian Home to a Boulder Loft

After 12 years in a 6,000-square-foot Victorian home in Colorado Springs, Kay Mahan and her husband were ready for a major downsize. Their three sons were grown and starting families of their own across the country, and the empty nesters were in search of a funky urban space in the heart of Boulder. Kelli Walden, owner of Select Interiors, revamped a dingy, dated 2,300-square-foot loft off Pearl Street into a modern suite that seamlessly blends industrial style with the Mahans’ eclectic art and antiques collection.

In the above photo: About 10 percent of the Mahans' antiques collection made the move to Boulder, including an 1800s walnut dining table and chairs (which Walden reupholstered with an electric green fabric) and a 19th-century chandelier. The rhino painting by Peter Tunney was purchased at Art Basel in Miami. Persian rugs warm hardwood floors throughout. The billy goat, top left, is from Cedar & Hyde Mercantile.

“Now they get to live with everything they love in arm’s reach. Everywhere you look in this loft, there’s something really special to the Mahans.” — Kelli Walden, Interior Designer 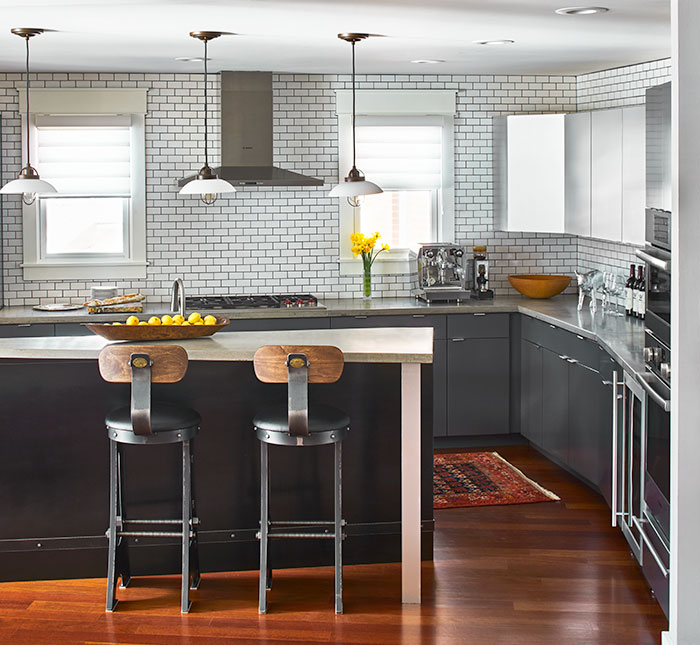 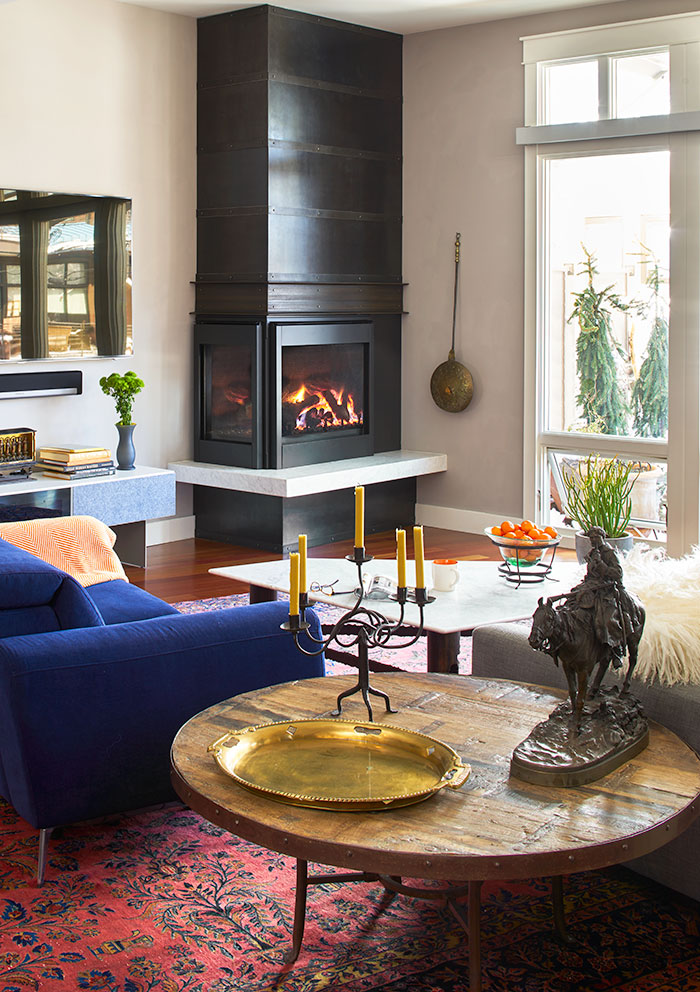 Longmont-based Joan of Arc Welding also built the fireplace facade, which replaced an existing entertainment center that Walden says was  “a monstrosity.” 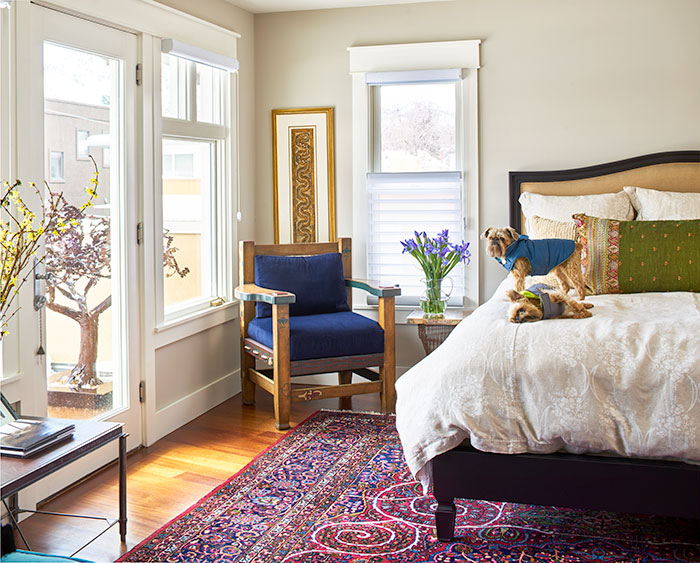 In the master, the Mahans’ two Brussels Griffons, Edna and Lily, rest after a hike. A fertility snake painting hangs behind a chair bought from a Hells Angels biker in Michigan over two decades ago. 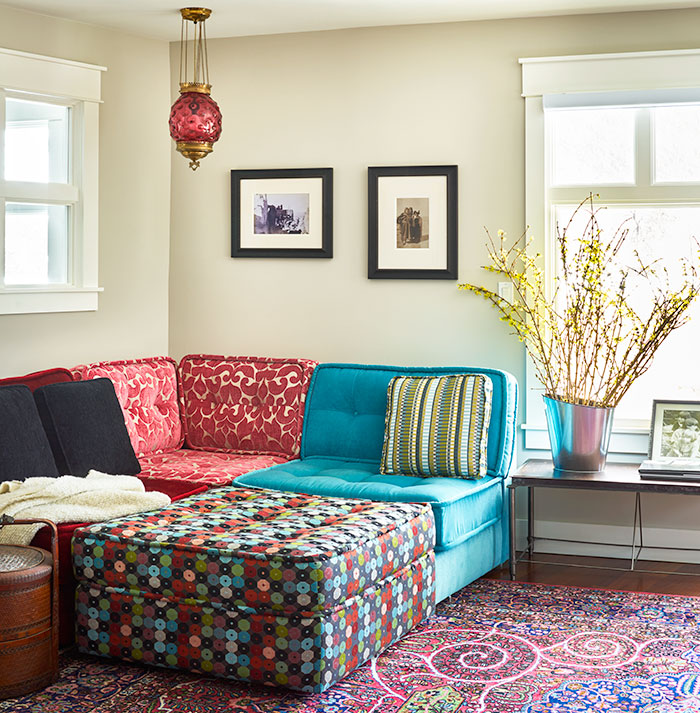 To mimic Roche Bobois' Mah Jong collection, Kay had a sectional reupholstered in bright fabrics to serve as a cozy reading nook.

In the master bath, an artwork that mimics photographs and negatives hangs above the tub.