Building a Legacy of Love—One Closet at a Time 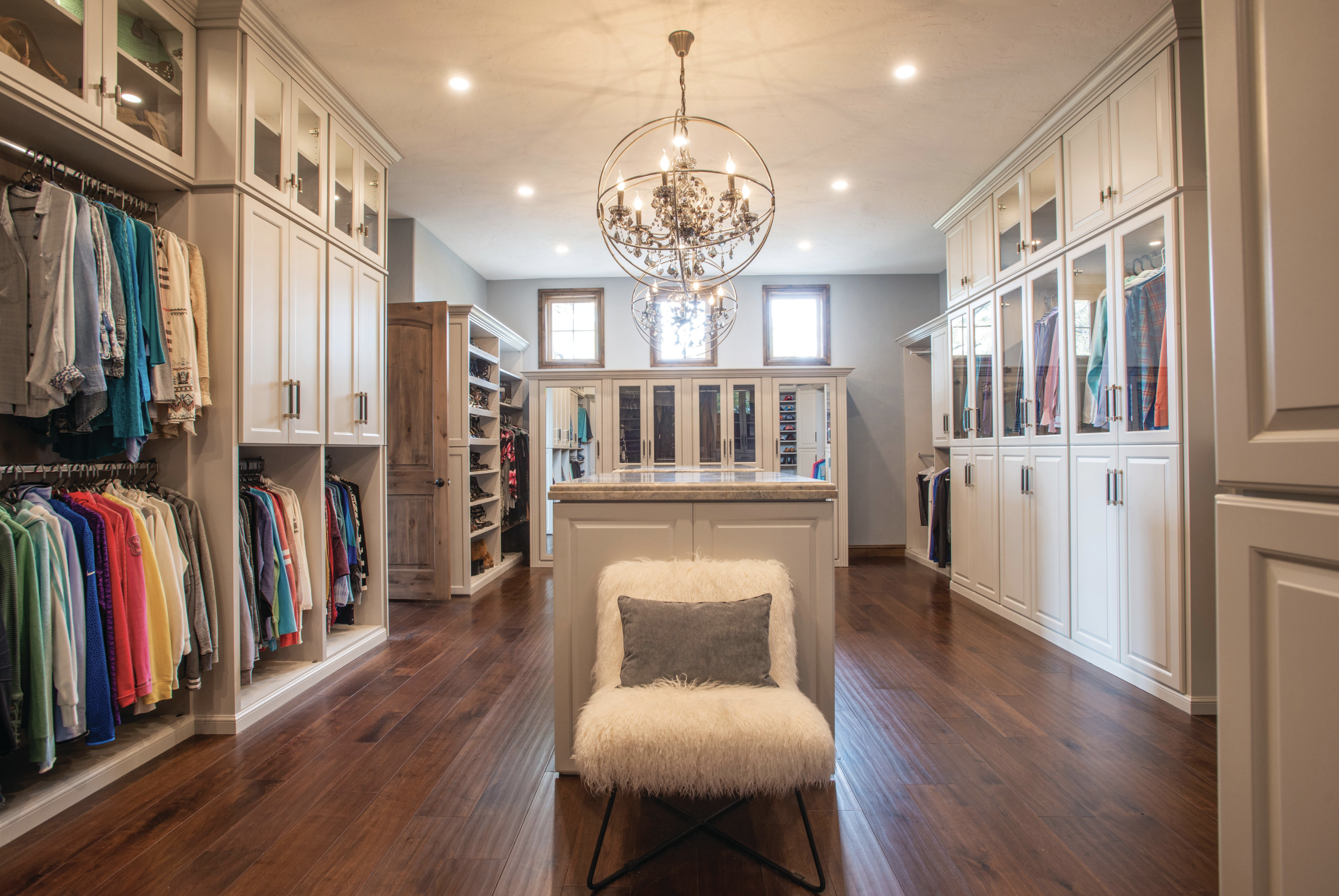 Chat with Mark and Polly Lestikow—owners of Closet Factory in Denver, avid cyclists, devoted grandparents and longtime philanthropists—and you can get exhausted just hearing about their busy lives. “One of my favorite activities is not sleeping,” Polly says. “It’s a waste of time—I have too much to do.”

The couple “met cute” four decades ago at a party thrown by Polly’s matchmaking older sister, Anna, who worked with Mark and thought he looked like Robert Redford. At first sight, “I was totally smitten with Polly,” Mark says, “but I was dating someone else at the time.”

But Anna’s instincts were right. Polly “stayed on my mind,” Mark says, and soon the two were a couple. Over the first years of their marriage, Polly (armed with a CSU degree in food science and nutrition) worked as a dietitian while the couple moved around the country—five times in nine years—as Mark (an Arizona native and DU business major) took on a variety of sales and marketing jobs. They returned to Colorado for good in 1984. In 1991, Mark decided to follow a lifelong dream of starting a business, and an ad offering Closet Factory franchise opportunities caught his eye. 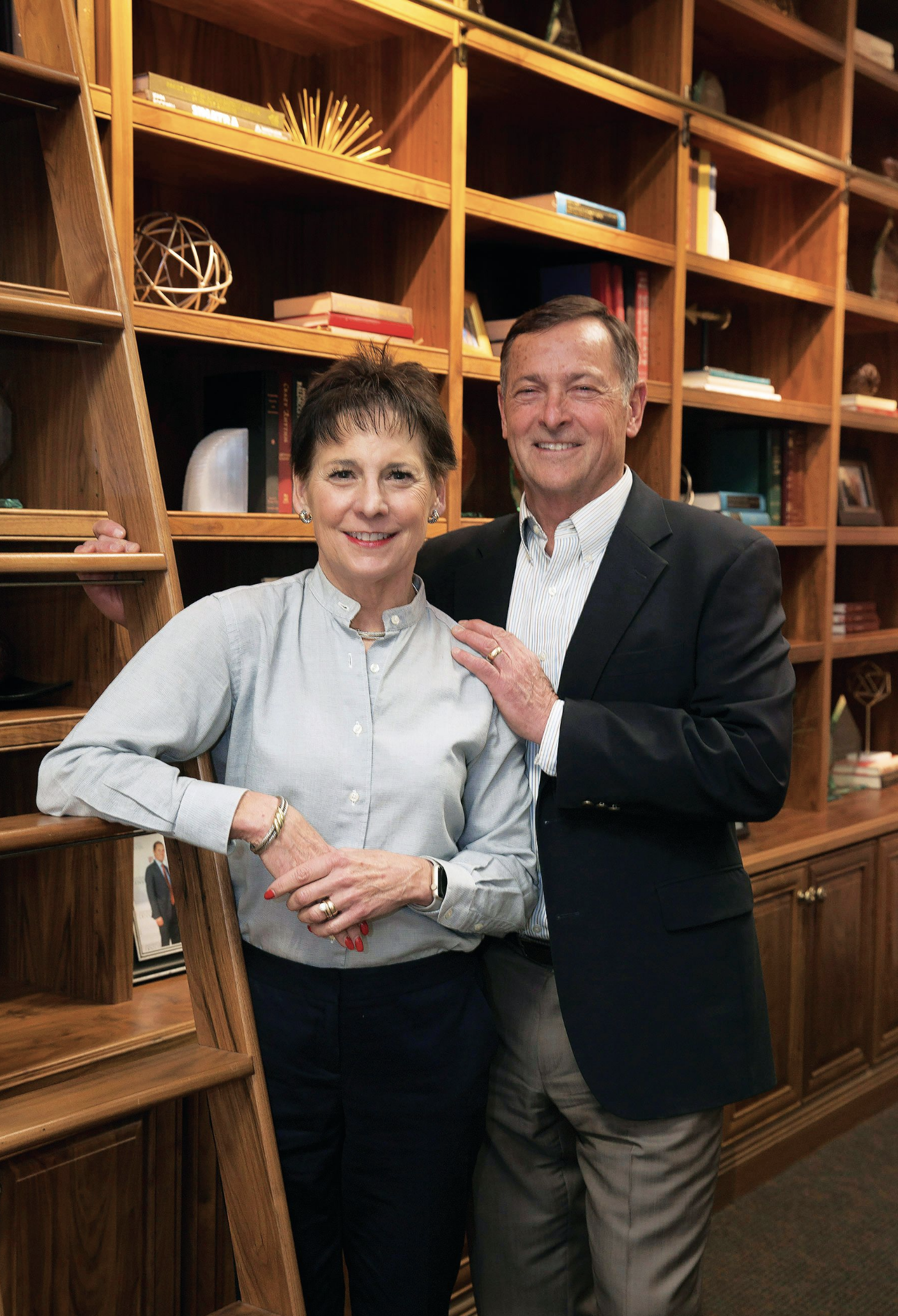 “I’d never even heard of a custom closet,” he says, “but then I went to our children’s swim meet and talked to five people about the idea, and they had all either just had their closets done or knew someone who had. That was my market research! So Polly gave me the green light to start the business while she took charge of raising our three young children, which, if you know Polly, was not an easy thing to do.”

“…Because I’m driven,” interjects Polly, who continued to work part-time while Mark got the business off the ground.

Fast-forward 29 years, and the couple’s drive has paid off. Polly, who joined the business in 1998, is now Closet Factory’s president, as well as the nation’s top salesperson and the first designer to hit $2 million in annual sales. (Polly’s a natural saleswoman, having started out at age 7 selling the Air Force Times at her dad’s military base.)

“Many customers say our work was the best thing in their new home. Some even have parties in their closet.” — Polly Lestikow

Of course, initially there were a few growing pains. “I’m an entrepreneur, a big-picture thinker, and things were going great when Polly joined as a salesperson and designer,” Mark says, laughing. “Polly’s a process person, and she told me, ‘We need order around here.’ I reluctantly agreed. I like to say that everything Polly touches she makes better.”

Over time, he says, “We started really admiring each other’s strengths and understanding the weaknesses. We fill each other’s voids.” Adds Polly: “Mark is a leader; he’s good at hiring good people, and he creates loyalty. People like him a lot. They don’t like me so much—I’m a disciplinarian. But working together isn’t that hard. I’m in charge at home, and Mark is in charge at the office.”

The company is now truly a family affair: Daughter Dana, 36, works as Polly’s assistant, doing CAD work and pricing; Doug, 34, is vice president, runs day-to-day operations and is part owner. (Son Greg, 38, works for an international nonprofit based in Denver.)

Add five grandchildren into the mix—ages 5, 4, 3, 2 and 1, with No. 6 on the way in November—and you can appreciate why they’re so busy. “Mark and I both take off every Friday and take them swimming and hiking or put them into a Burley behind our bikes,” Polly says. (Big cyclists, Mark and Polly enjoy touring with their bike club; Mark’s also a snowboarder and Polly a swimmer.) But being with the kids can take even more energy: “We even got a 15-seat passenger van,” Mark says. “That’s my Mercedes-Benz. We sing songs and listen to the Frozen soundtrack.” 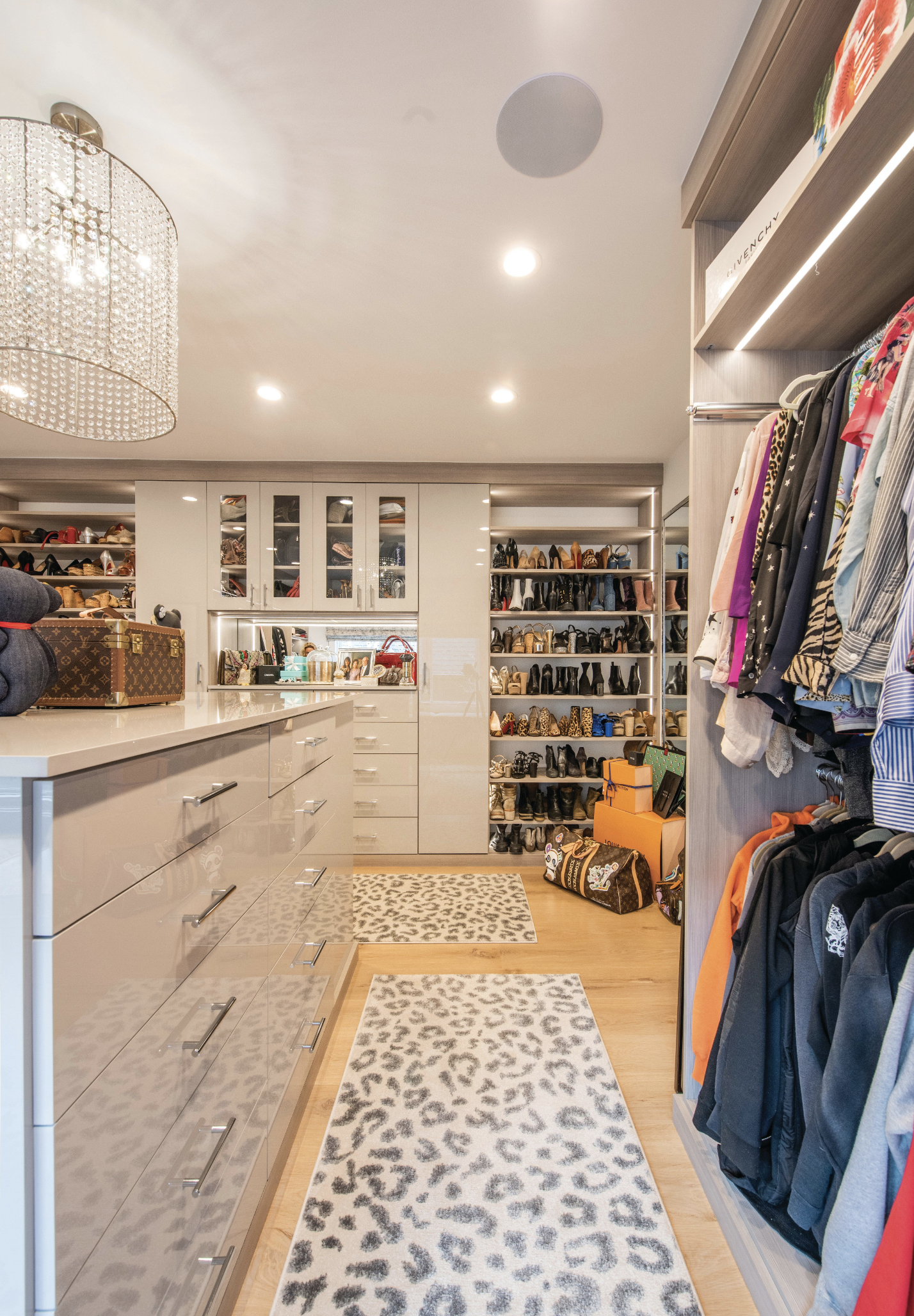 Closet Factory Colorado, now with 75 employees, re-does not just closets, but also garages, laundry rooms, home offices, libraries, pantries, mudrooms and entertainment centers. “It’s gratifying to make people happy,” Polly says. “Many customers say our work was the best thing in their new home. Some even have parties in their closets.”

Dedicated philanthropists, the Lestikows support programs like Boys Hope Girls Hope, United Way and DU. Also, because of COVID19, they recently launched a Nominate a Nurse program. “We got 60 nominations,” Polly says, “and there were so many wonderful stories that we couldn’t pick one winner, so we picked five nurses to get a free closet makeover.”

The pandemic has actually led to an uptick in business. “People are going, ‘I’ve been home all these weeks, and I can’t stand the mess,’” Polly says. “We like to make hay while the sun shines, and right now it’s shining on Closet Factory.”

Polly’s 5 Tips for Organizing a Closet

1. Be ruthless. “Get rid of stuff you’re never going to wear.”
2. Buy matching hangers. “It looks so much nicer—doesn’t matter what kind they are.”
3. Coordinate your clothes by color. “I may organize my blouses by camisoles, sleeveless tops, short sleeve, three-quarter sleeve, full sleeve, but all the same color.”
4. Plan your weekly wardrobe with one color in mind. “It means you need only one set of jewelry and one or two pairs of shoes.”
5. Throw nostalgia out the window. “Men will keep a golf hat for 10 years because they wore it playing that one day at the Colorado Golf Club. But do you really need 40 golf hats?”