A Home Inspired by Global Travels

A Central Park renovation artfully meshes cultures from around the world 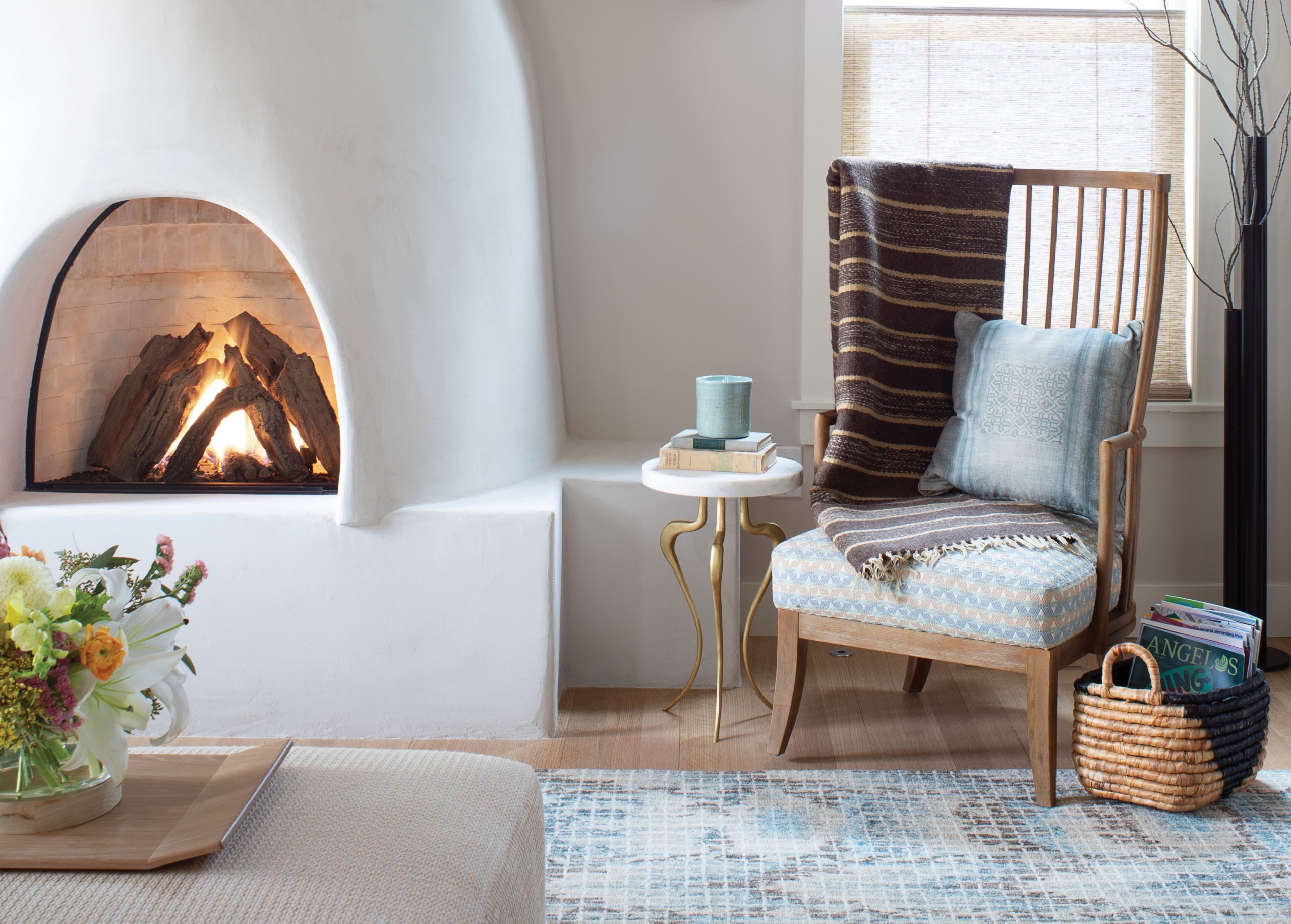 “I could have done 10 homes with all the cool pieces they have accumulated,” says Truss Interiors Owner Julee Wray of the world-traveling homeowners for whom she executed a down-to-the-studs first-floor renovation.

The owners, who have lived in the 4,000-square-foot Central Park stucco home since it was built in 2004, wanted an overall change that would showcase their most cherished pieces in a way that made sense. 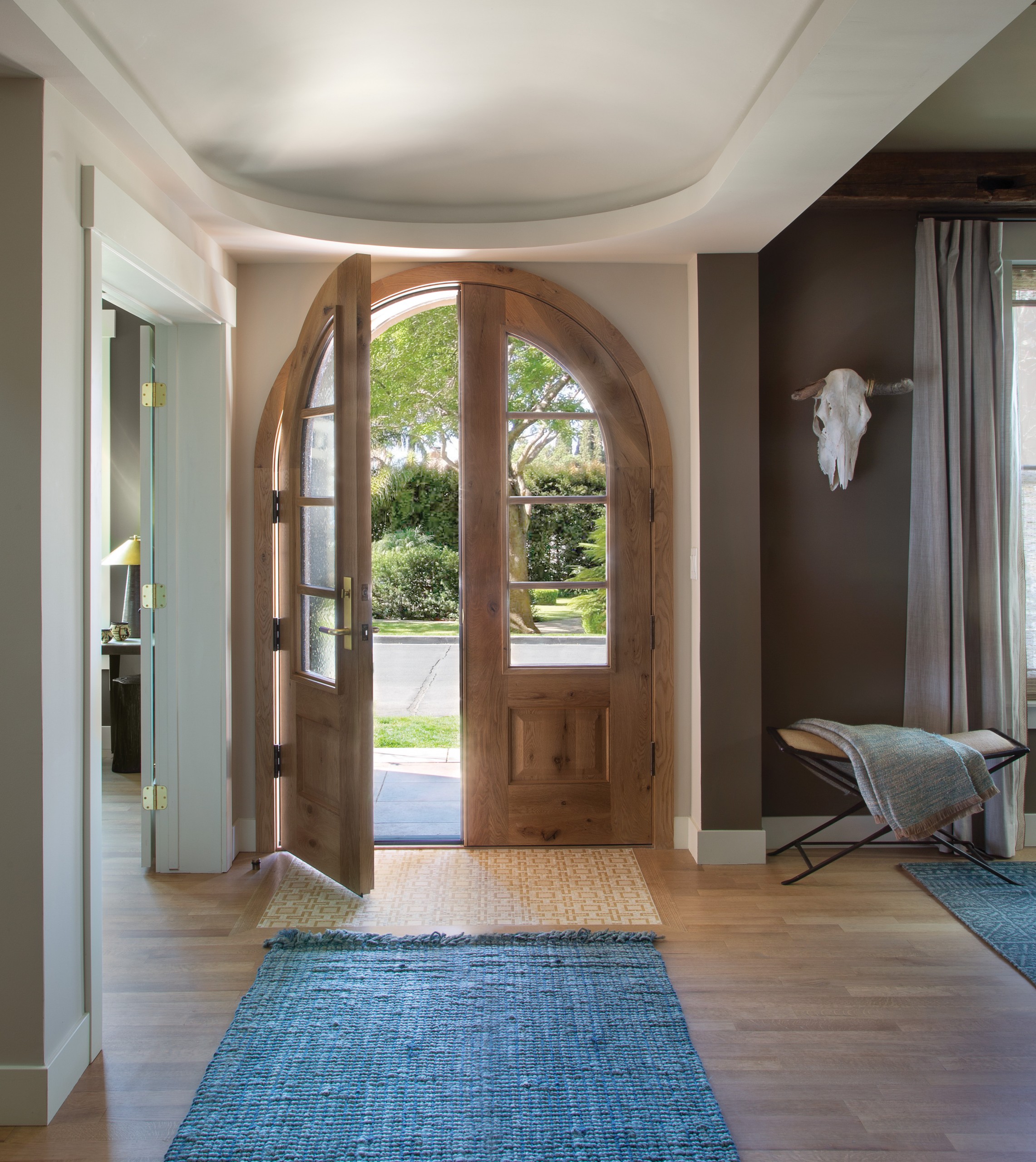 Replacing the front door with this arched masterpiece from Denver-based Castlewood Doors was just the beginning for the home’s entry. A barrel-arch was originally proposed, but due to a substantial structural issue, the design pivoted into a domed entrance with an added cove.

“It was a fun challenge to mix all those cultures together, do it in a thoughtful way, and in a way, color-wise, that flows throughout the house.” — Julee Wray 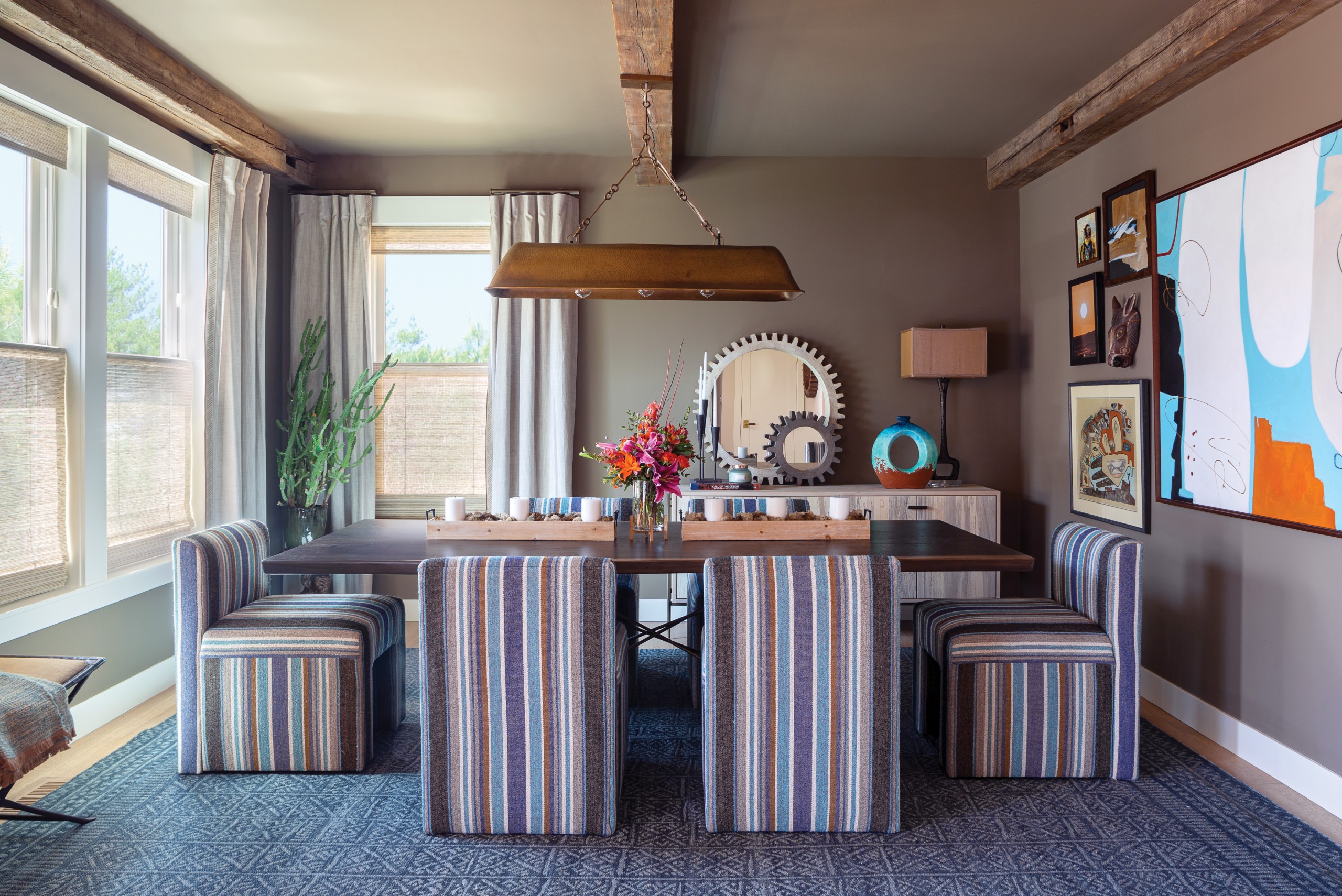 There’s no missing the focal point of the dining room. The contemporary Hugh cube chairs from Norwalk Furniture are covered in striped Rigony fabric and surround a Four Hands Rocky dining table of smoked saman wood. The blue turquoise wool rug is by Loloi from their Tatum Collection. Reclaimed wood beams make appearances throughout the home. 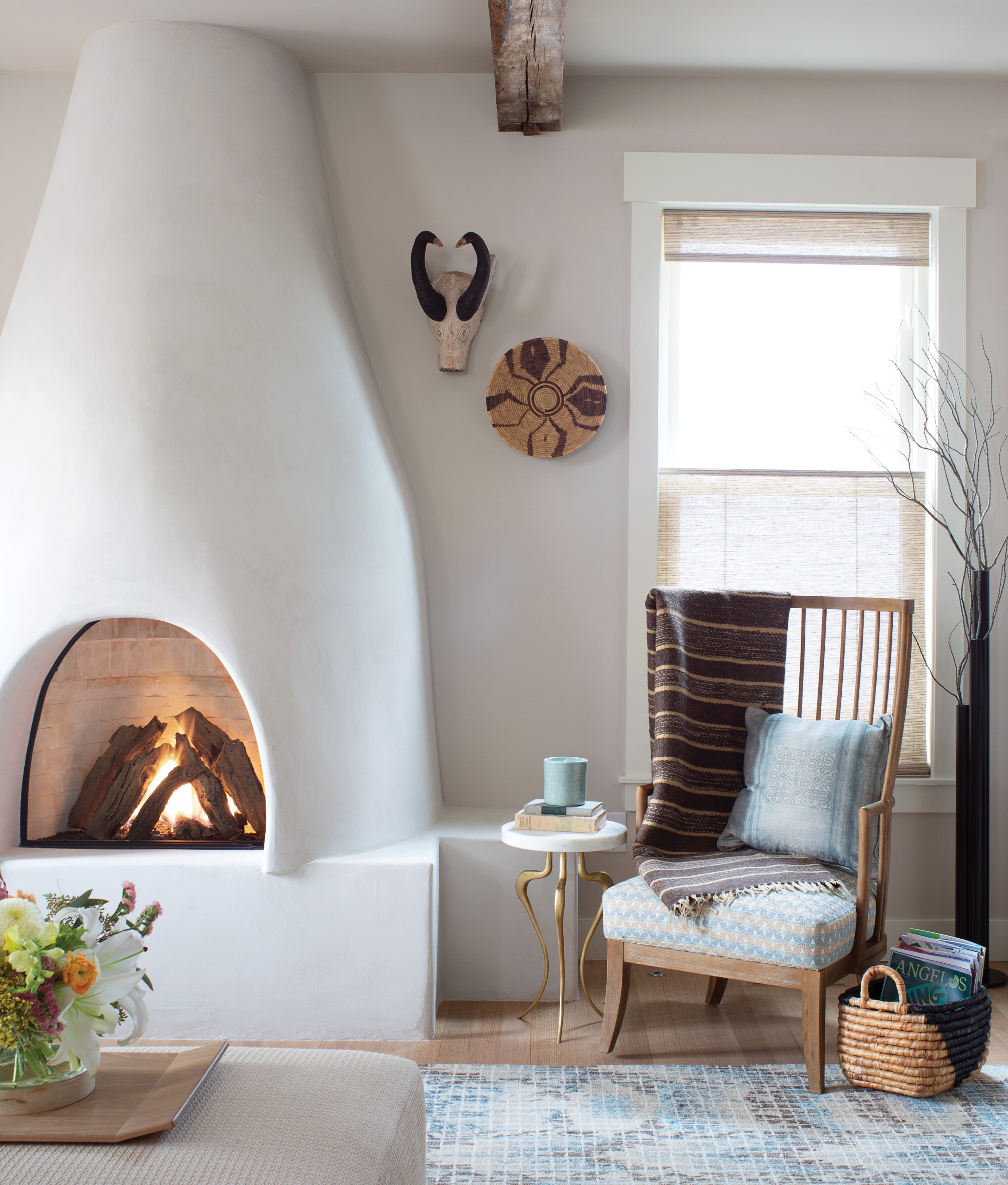 The custom adobe kiva fireplace from Adobelite is perhaps Truss’s favorite feature of this project. DiMassi Fabrications of Lakewood created the cage for the kiva. The Global Views Spindle Wing Chair is covered in Norwalk’s Barwell fabric, and the accent table is also from Global Views. The Indian-made Loloi rug is hand-knotted in viscose, wool, and cotton.

“When a client trusts your expertise, the project turns out so much better.” — Julee Wray 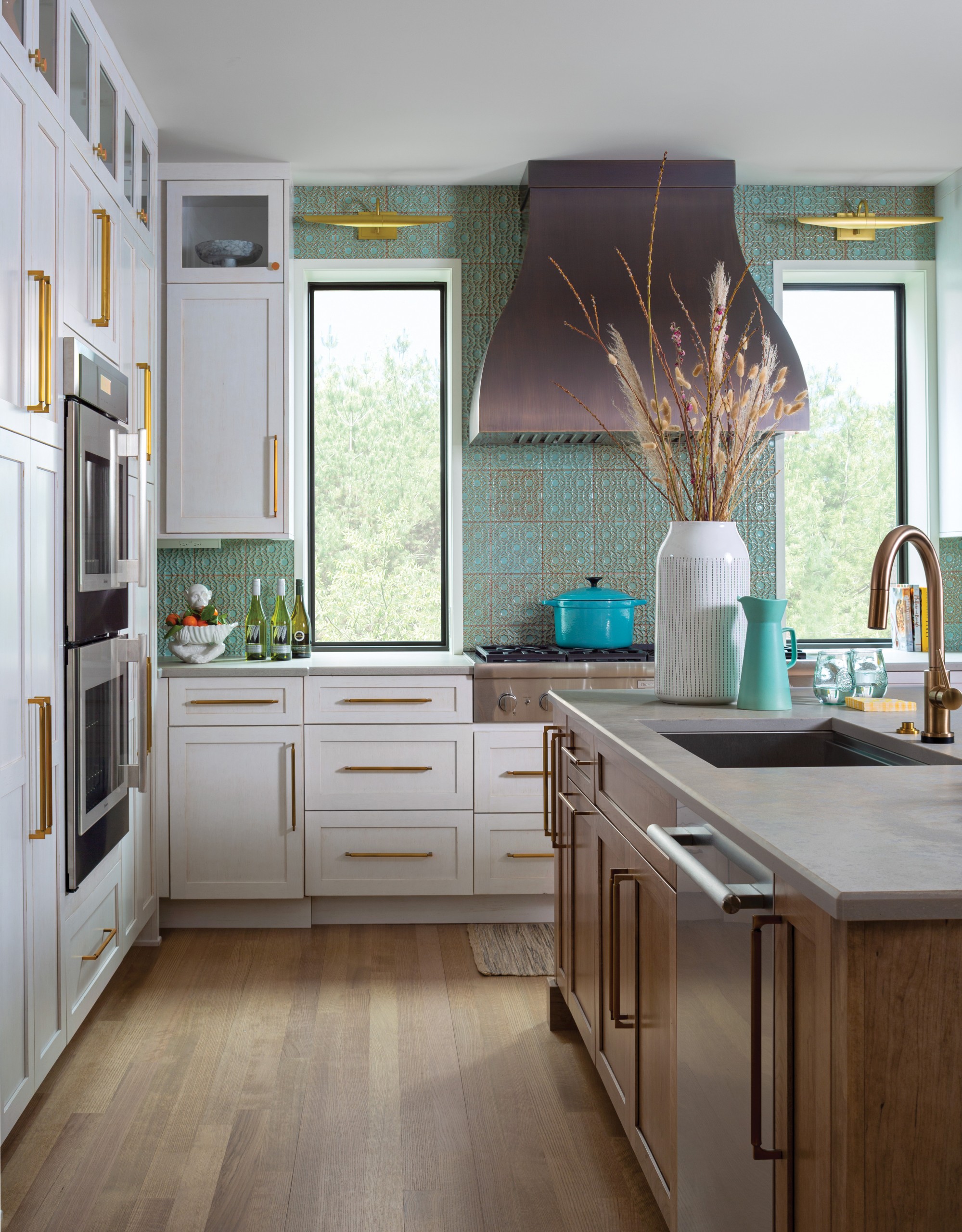 The kitchen was completely redesigned, and windows were added to make it a more functional and brighter space. The textured counter-to-ceiling Martyn Lawrence Bullard Mousharabia Fatima tiles from Ann Sacks add a fun pop against the Medallion cabinetry. The copper range hood from Artisan Crafted Home is finished in a dark antique brass. 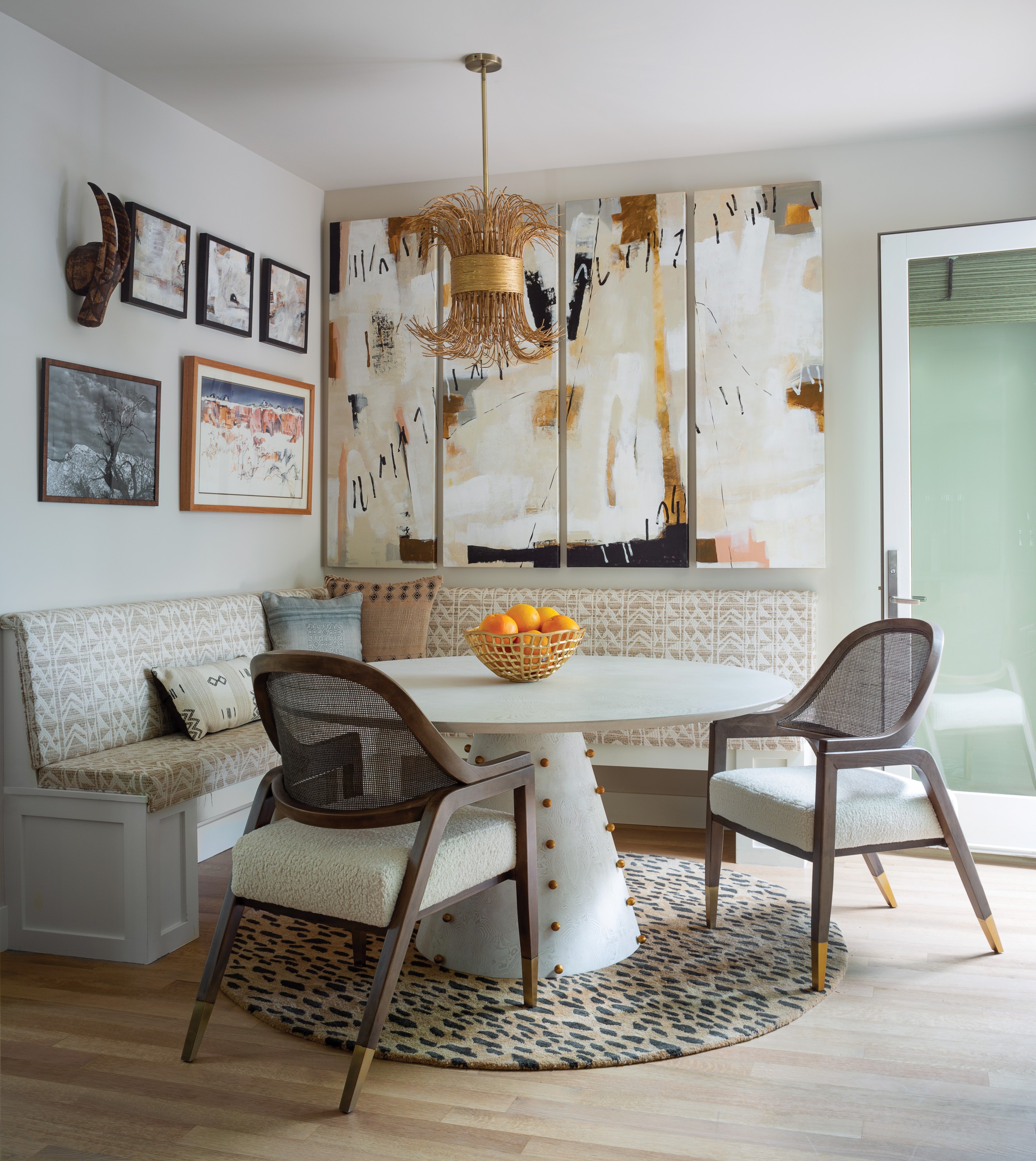