Colorado is home to more than 400 species of birds, making it a paradise for birdwatching 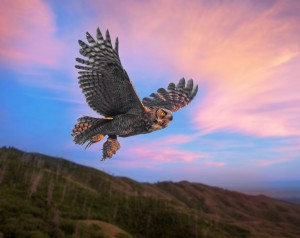 With warmer weather fast approaching, it’s time to pack away the skis and get out the binoculars. Bird watching season is soon to be in full swing.

Colorado is made up of a wide range of different habitats, from marshes and meadows to ponderosa pine woodlands and alpine tundras. The state’s ecological diversity makes it the perfect home for quite a few birds, according to the Audubon Society. With 4 national parks and more than 1 million acres of important birding areas, both experienced bird watchers and rookies alike can venture out and catch a glimpse of the state’s more than 400 species of birds — as long as they know where to look.

This popular state park boasts diverse habitats and ample birding opportunities no matter the season, but the Audubon Society says birding here is best from June through September because snow lingers on the roads and trails throughout much of the springtime. 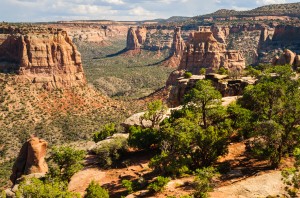 Home to many southwestern bird species that aren’t as common in central and eastern Colorado, this park near Grand Junction has been designated an Audubon Important Bird Area.

The best birding is typically in riparian zones along the creek beds. 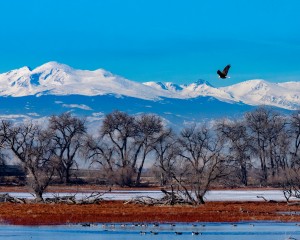 With more than 370 species of resident and migratory birds, this park is touted as one of Colorado’s top birding areas. You can even download a birding checklist for the park from the state’s website.

With a 1,900-acre reservoir, the area is best known to birders looking for waterfowl and shorebirds, but in the summer months, there are also ample opportunities to see an American white pelican, herons, egrets, black-crowned night-herons, white-faced ibises, and American avocets. There are also about 20 species of gulls and terns and four species of grebes.

A pair of bald eagles live in the park, too, and visitors can watch them nest and raise their young. Barr Lake State Park is also the home of the Rocky Mountain Bird Observatory, which aims to conserve birds and their habitats through science, education and stewardship. It operates a birding station at the park. 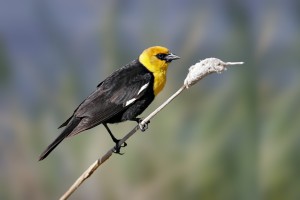 In southern Colorado’s San Luis Valley, this area is best known for the sizable flocks of sandhill cranes that stop here in the spring and fall during their migration period. This species is so beloved, in fact, that the refuge and town hold a festival each March with special programming and trips to see as many as 20,000 cranes. 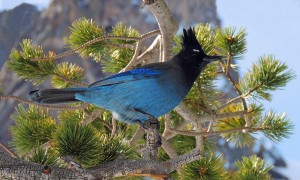 With almost 400 documented species of birds in this area alone, this impoundment along the Arkansas River is one of Colorado’s premier birding areas. Visitors might be able to see two federally protected shorebirds — the least tern and the piping plover — during the spring and summer months. It also boasts a great number of waterfowl, grebes, American white pelicans, gulls and terns.

If you go in the summertime, you’re likely to run into crowds of vacationers, so some birders recommend going in the fall or spring instead. Certain areas are also closed seasonally to prevent disturbance to birds, so the best bet is usually to call ahead for advice from the park visitor center. Here’s a checklist of bird species you can use to document your sightings. 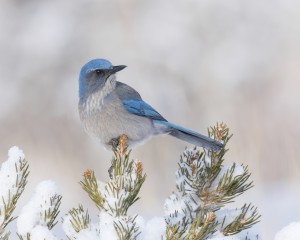 Throughout all the nature reserves, parks and refuges, be mindful of the wildlife; you don’t want to frighten or disturb the animals. Always observe them from a safe distance — if the animals seem to be jumpy or startled when you move, you’re probably too close.

Never chase wildlife, refrain from feeding the birds and avoid animals that behave strangely or aggressively, as they might be sick, injured or have babies nearby. For more ethical viewing tips, check out Colorado’s state website.