Not many interior designers can claim to have conceived, constructed and decorated their first home from scratch before they had even entered double digits in age. “When I was 8, I decided to build Miss Hickory’s house,” says Kimberly Timmons-Beutner, referring to a popular children’s-book character who’s a doll with a body made from an apple-tree twig and a hickory nut for her head. “My dad, who started his career as a draftsman, helped me build the cabin. I built all the furniture, draperies and softgoods, and he taught me how to use a handsaw without cutting my fingers off.”

Always artistically inclined, Timmons-Beutner enrolled in a drafting class during her senior year of high school in her hometown of Arvada. She went on to become valedictorian of her class at The Art Institute of Colorado, where she received career-shaping advice from mentor Mitra Watts: “a design can always be pushed further and tweaked slightly to keep making it better.” Timmons-Beutner is constantly raising the bar on herself and her work. A quiet go-getter by nature, she spent a decade honing her skills at Designworks, eventually becoming design director of the 30-person firm, focusing on amenity buildings, model homes and model-home merchandising for large-scale, master-planned communities nationwide. “I loved the complicated aspects of those jobs, how much detail there was to take care of and how the work kept evolving,” she says. 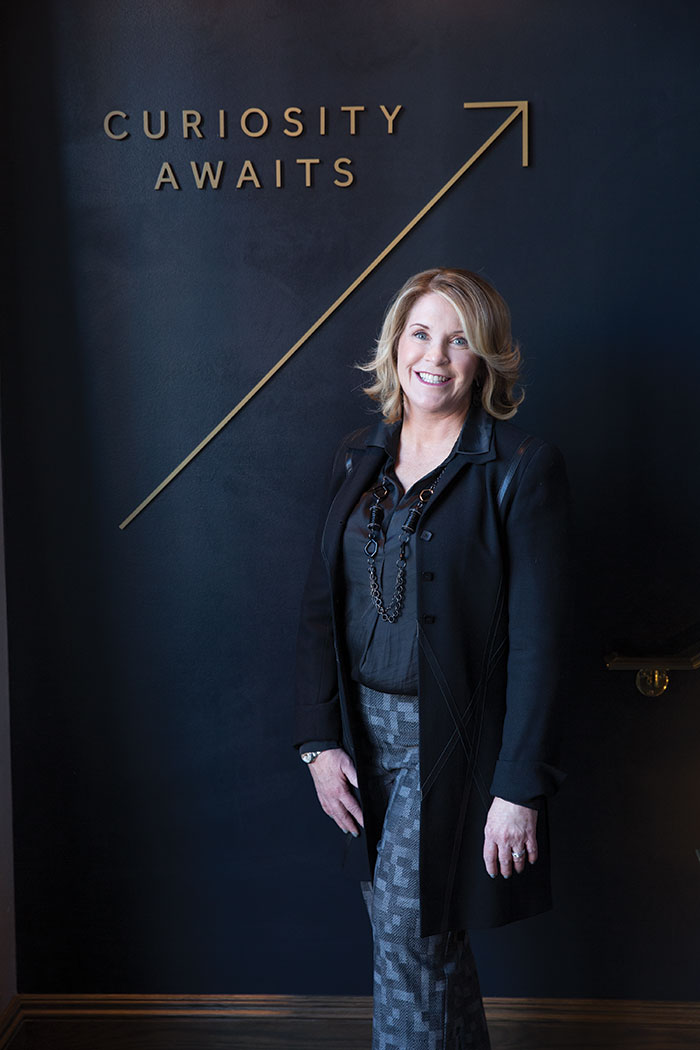 “I constantly push the boundaries of design in the name of our clients’ success and well-being—down to the very smallest of details. Details matter. ”
— Kimberly Timmons-Beutner

That experience sparked Timmons-Beutner’s entrepreneurial spirit, and in 1997 she launched Kimberly Timmons Interiors (KTI). What started as a one-woman-out-of-one-room-at-home business that focused on model-home merchandising has become a multifaceted design powerhouse, with 27 employees in its current 7,500-square-foot studio in Denver’s Golden Triangle. The firm’s work covers hotels, clubhouses, restaurants, interior merchandising and high-end residential. In 2018, KTI teams worked on over 100 projects in more than 20 cities. 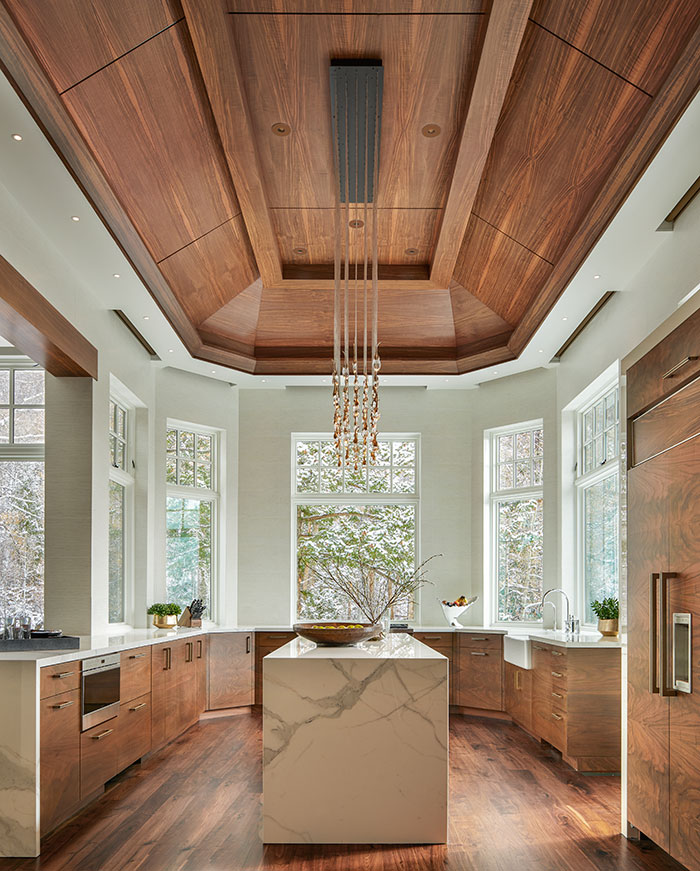 Along the way, Timmons-Beutner’s dedication to “creativity and attention to detail” has won both her and the firm widespread recognition, including being named one of Colorado’s top women-owned businesses by Colorado Biz in both 2015 and 2018. One of her proudest personal accolades came in 2008, when she was inducted into her alma mater’s hall of fame.

Much of her success can be attributed to work ethic. She remains as dedicated to her craft as she was when she began her career in 1987. “My favorite moment is still that first time a client walks in their new environment and I see the smile on their faces,” she says. “At KTI we believe spending time in a beautiful, well-thought-out space can have a tremendously positive effect on people’s lives.” 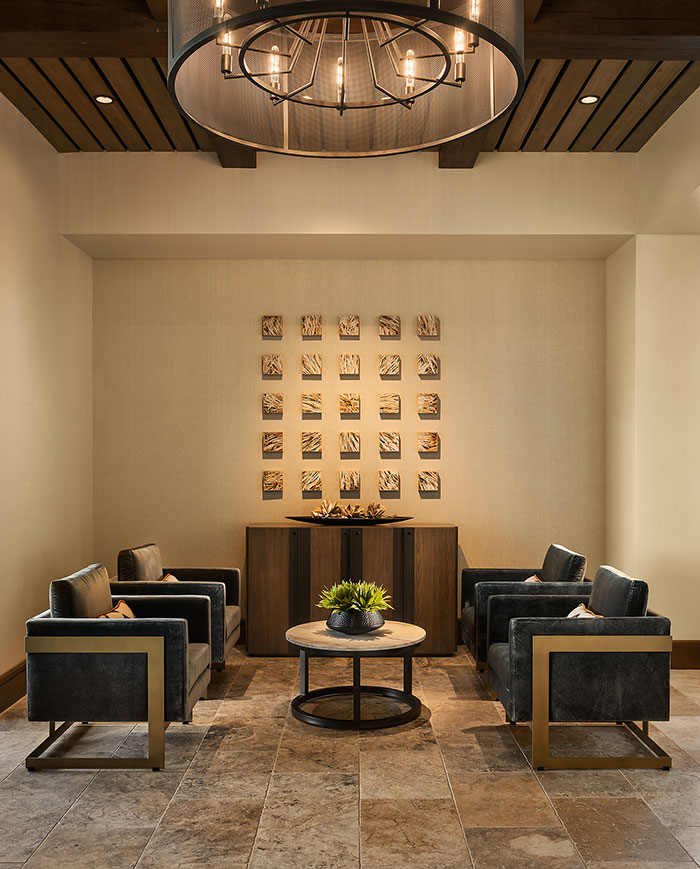 FASHION ON WHEELS “From 8 to 15, I was a competitive roller skater, doing jumps and spins, kind of like Dorothy Hamill on wheels. Every month, I’d travel to a different rink to compete. I learned to design and sew all my own costumes.”

LETTING GO “I married my husband, Rich, five years ago, but our paths first crossed when we were teens. He’s a cyclist, but I could never keep up with him so now we tandem cycle. I can enjoy the views more, though it’s a matter of blind trust when we’re going 45 miles an hour downhill. I guess it’s a good release for me not to be in control.”

GIVE THE LADY A CHAIR “I have a collection of miniature chairs in my office. Some are from my travels, like a Gaudí bench from Barcelona, and the rest are museum reproductions, including my favorite: Gerrit Rietveld’s Red Blue Chair. I love it for its linearity. To me, they’re just small pieces of architecture and sculpture.”

BRING ON THE HOUNDS “I love dogs, and we have a rescue named Marcella. My colleagues bring theirs to the office, and they call me the food-truck lady, because the dogs know that I’m the sucker with all the treats.”

EVERYONE DESERVES A LOVELY HOME “We are all very concerned about the issue of homelessness tied to development in Denver. Through my role on the Sales & Marketing Council of the Home Builders Association, we've teamed up with Senior Support Services, the city’s only day center for hungry and homeless seniors, which also helps place its clients into apartments. I found a local company, Creative Installation Solutions, that generously offered warehouse space to store donations from us and other design firms to furnish these apartments and give seniors in need beautiful, safe new homes. To me, that’s even more rewarding than finishing a new design project.”