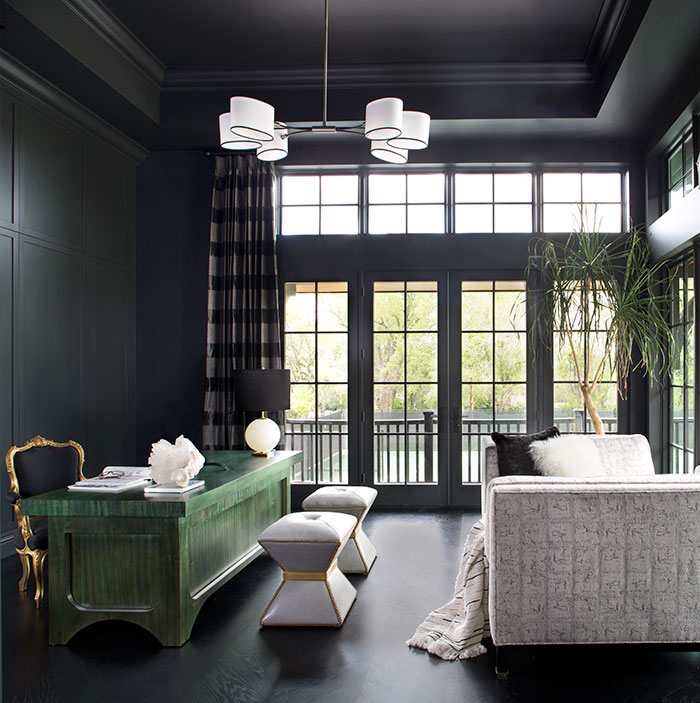 With their vibrant and sometimes unexpected colors and textures, arresting yet harmonious compositions, and deft details, interiors by Andrea Schumacher could be considered as much works of art as they are designs. Which makes sense when you learn that she descends from a noted artist. “My grandmother Elizabeth Burger Monath moved from Vienna to Paris in 1930, where she studied under Fernand Léger and hung out with Salvador Dalí,” says Schumacher. “She painted landscapes and botanicals, made woodblock prints, and illustrated books. And her works are in the British Museum.” Later, Monath taught at Princeton, “and until she died, when I was 16, I would go spend summers in New Jersey with her and her cool, artsy friends. She had a great eye for color and would teach me all kinds of things.”

After graduating from high school in Fort Collins—where Schumacher’s dad, a doctor, headed Centers for Disease Control and Prevention’s western-region lab—Schumacher headed to Southern California to study art at Brooks College and landed a gig interning as a set-dresser and errand-runner for the soap opera Days of Our Lives on the Columbia Pictures/Sony lot. She parlayed that into a staff job in the studio’s interior-design department, where her assignments included offices for Michael Douglas and Barbra Streisand. Eventually, she came home to finish a B.A. in interior design at Colorado State University in 1995. She earned a certificate in universal design from Harvard the following year and pursued further master’s-level studies in architecture at the University of Colorado in 1997 and ’98. 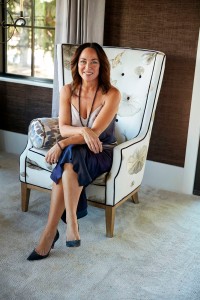 “I aim for a well-traveled, collected look, weaving together antiques and other found pieces so it doesn’t feel like you bought everything off of one showroom floor.” — Andrea Schumacher

She launched Andrea Schumacher Interiors the following year. “I did somebody’s house, and that led to another client and another client. And here I am 19 years later, with probably 30 clients right now in various stages of design.” Schumacher recently bought her own 3,850-square-foot, two-story building for her firm in Denver’s Art District on Santa Fe, opening a downstairs showroom in March 2018, with offices above.

That showroom, in fact, now offers Schumacher the opportunity to bring her creative journey full circle. “I’ve always wanted to do my own line of fabrics and wallpapers,” she explains. “I have tons of my grandmother’s art in boxes, and probably 15 of her pieces framed in my house. I’m actually working right now on taking some of her works and turning them into patterns.”

Beyond her obvious talent and expertise, Schumacher credits her success to the heart. “I love people, and I love making them happy. I’m a pleaser. I’m not a ruthless businessperson. I come from love, and I give love. And if it doesn’t come back to me, I walk away.” 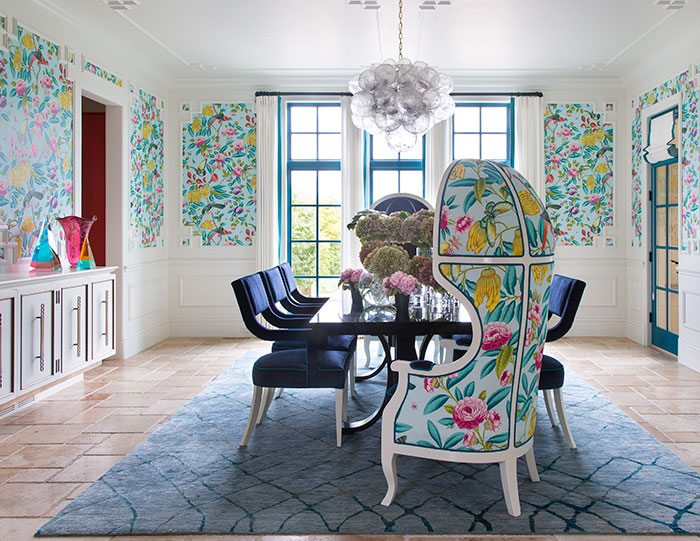 A remodel in Cherry Hills | Photo by Emily Minton Redfield

PASSPORT, PLEASE “I’ve always been obsessed with traveling. I went to Egypt for a millennium party at the pyramids, and then on to Petra in southern Jordan and to Israel. I’m now planning a trip to Vietnam and Cambodia with my husband and children. Seeing how other cultures live inspires my designs.”

WELCOME TO CALIFORNIA “My own house, in Bow Mar about 20 minutes out of Denver, is a California ranch-style. You open the front door and see straight out the back to a pool. It has a Los Angeles feel to it.”

AUTOMOTIVE PALACE “A client in the Vail area once wanted me to design the garage for his 12,000-square-foot house in a way that he could turn it into a media room. You would pull out the cars, slide out chairs hidden in the built-ins and then a big movie screen came down from the ceiling. It all felt like a really beautiful piece of furniture built from reclaimed old barn wood. He called it the Garage Mahal.”

NO COMPETITION “Somebody recently asked me to come over and sketch out an entire home design for them. Then, they would have other interior designers do the same thing before choosing which one they wanted. I said, ‘That’s a show you watch on HGTV and not real life.’ Television has really changed people’s perception of how this profession works.”

CHILDREN FIRST “If I weren’t doing what I do, I’d be a stay-at-home mom. My daughter Charley is 10 now, and my son Calvin is 14. When they were younger, I would take Fridays off to be with them. I still finish my workday at 3 o’clock every single school day so I can pick them up from the bus, make sure to vacation with them on every break they have, and take off quite a bit of time in summer so we can do something together. You have only one chance to do it right, and that’s it.”