Where to Buy Now

DENVERDon’t believe the gloom and doom you hear about the real estate market. In nearly every metropolitan city, there are still neighborhoods where the markets are healthy, and Denver is no exception.

In a January presentation to local realtors, the National Association of Realtors’ chief economist, Dr. Lawrence Yun, identified Denver as an underpriced market compared to other western cities. Job growth and an educated work force will drive demand, he predicted. In fact, Yun identified Denver as “one of the markets to watch” over the next two years.

FRONT RANGE While parts of the Front Range have been hit by the real estate slowdown, others are faring very well. If you’re looking for a home on the Range, one of these markets might be the perfect spot.

Web exclusive: Ft. Collins
Keep an eye on this college town, popular with young professionals, families and empty-nesters. Not only does Ft. Collins have a charming downtown area and a host of new mixed-use projects, it will soon also have a sophisticated transit system—a boon for folks who want to live and play downtown. Stretching for five miles along the Mason Corridor, the project (funded in great part by federal dollars) will feature a bus system and pedestrian and bike trails.

Mike Jensen of Fort Collins Real Estate says the market in Ft. Collins is healthy—and he expects this new transit project to fuel interest in the multi-family and mixed-use projects going up downtown. “I’m looking forward to what this new development and the infrastructural support will do for Ft. Collins,” he says. “This is a good place to buy and live.”

Foothills flurry: Evergreen
Compared to certain Denver areas, the Evergreen market has enjoyed more stability and a “modest but upward” trend in pricing, says Patty Prisbrey-Campbell of RE/MAX Alliance Evergreen. Demand is strong here, she says, so “in a more desirable location, you don’t usually get a big bargain, but better appreciation is more likely.” 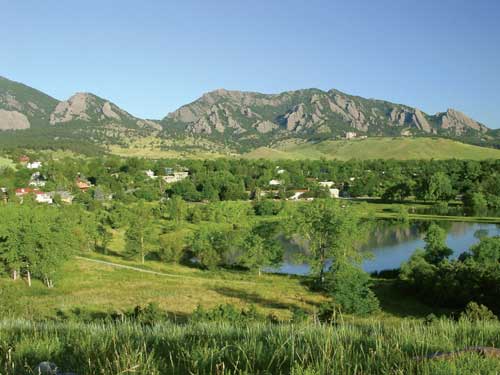 The sales volume has cooled in Boulder, so sellers should plan on holding onto their properties a little longer than they would have a few years ago. But if you’ve always wanted to live in this college town, now might be a good time to look.
*Source: Data Quick (dqnews.com)

Hot, hot, hot: Lyons
Close to Rocky Mountain National Park, this little town 15 miles north of Boulder is enjoying a healthy real estate market. The median home price reached $424,178 in the 4th quarter of 2007—a 26.4 percent increase over the same period in 2006. Better yet, sales volume is up 72.2 percent for the same period of time.
*Source: Data Quick (dqnews.com) 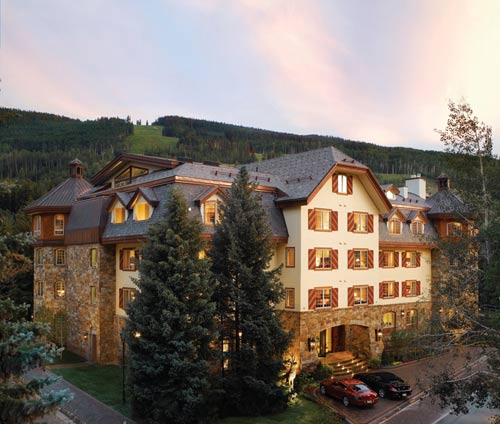 Tivoli Lodge, Vail: This ski mecca is enjoying a renaissance of sorts—to the tune of more than $2 billion in renovations and new construction.THE MOUNTAINS

It’s no secret that the mountains are always going to attract buyers. In fact, five mountain-resort counties—Garfield County and the counties that are home to Aspen, Breckenridge, Steamboat and Vail—saw a record-setting combined total of $8.56 billion in real estate sales last year, according to the Land Title Guarantee Co. Here, a few places worth a peek.

Still going strong: Vail Valley/Eagle County
Vail is a classic over-achiever: While the market cooled elsewhere, this ski mecca is enjoying a renaissance of sorts—to the tune of more than $2 billion in renovations and new construction. With luxury brand names such as the Four Seasons and Ritz-Carlton Residences setting up shop, there’s no doubt the new Vail will out-swank its former self.

Driven by sales in Vail, Beaver Creek and Edwards, Eagle County saw reported total sales of $2.96 billion last year, with an average residential transaction price of more than $1.39 million, according to Land Title Guarantee in Vail.

Don’t expect bargains in Vail, says Jim Flaum, president of Slifer Smith and Frampton Real Estate. “But the value of real estate here has continued to climb,” he adds. “That won’t change.”

Keep an eye on: Minturn
In February, the Minturn Town Council approved a plan to annex land on Battle Mountain for a private ski resort and golf course community. As part of the agreement, Florida-based developer Ginn Resorts, which owns the land, agreed to spend $180 million improving the town’s infrastructure: fixing sidewalks, building a new water plant, constructing and maintaining a community recreation center, and cleaning up the Eagle Mine Superfund site, among other projects.

The developer’s plans call for 1,700 homes and condominiums to be built in the community—a potential boon for buyers. But don’t jump into this market just yet: Not everyone in Minturn is happy about the possible development, and residents were working hard in early spring to get a referendum on a local ballot in hopes that voters would defeat the project. But if it passes, Minturn could be the next hot spot in Eagle County.

Hot, hot, hot: Gypsum
This little town 35 miles west of Vail has seen growth in commercial and residential building in the last couple of years, as the demand for homes, retail shops and services has trickled down from Vail and Edwards.

Residents knew the world had discovered their quiet community several years ago, when developers broke ground on a 963-acre, $950-million gated community called Brightwater Club, where custom home prices hover between $1 million and $2 million. Sixty percent of the 535 homesites are still available. Brightwatervailvalley.com 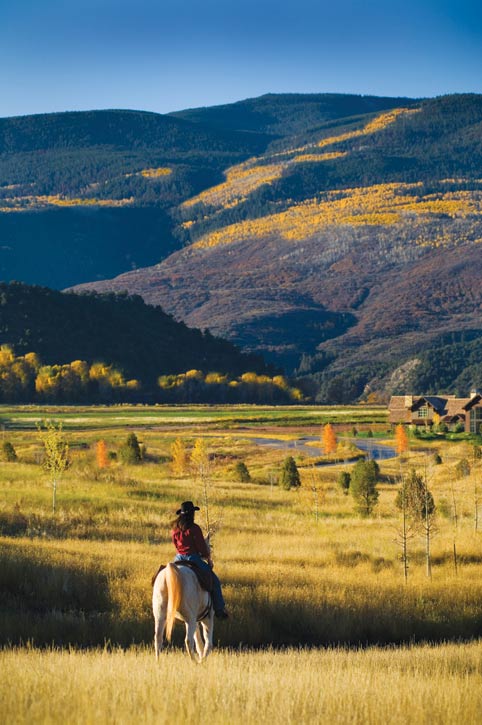 Smart investment: Upper Arkansas Valley
Life is good in this stretch of land along the Arkansas River—known for some of the world’s best whitewater rapids. And lately, the real estate market too has seen a steady stream of buyers, developers and investors.

From Buena Vista in the north to Salida in the south, this area has seen a boom in recent years. First came investors and new developments: For example, a brother-and-sister team developed South Main, a New Urbanist community between historic downtown Buena Vista and the riverfront; the media and buyers loved it. And Salida has seen a small group of newcomers invest in historic buildings downtown and restore them—a move that generated strong demand and boosted prices.

But local experts say the market still has room for growth. “We’re really up-and-coming,” says Bev Coggins, a 28-year veteran of the local real estate industry. “People are building homes; contractors are busy; the market is on an upswing.” She points to data that show a 13 percent increase in combined homes sales from 2006 to 2007.

Further proof that the Upper Arkansas River Valley is worth a look: Four years ago, the area didn’t have a single million-dollar home. As of late March, there were 23 on the market, according to Coggins.

Still cookin’: Steamboat Springs
Last year was a big year for Steamboat; Intrawest bought the ski mountain and invested millions of dollars in improvements. These changes, along with several new construction projects, have been “very, very good” for the real estate market, according to Ruth Krinke, a broker associate at Steamboat Springs Real Estate, Inc. “We’ve been in good shape for the last three or four years, and really, we’ve always had a steady business. But the purchase by Intrawest has made the world take another look at Steamboat Springs.”

Krinke, who has lived in Steamboat for 27 years and has sold real estate for almost 21, says that the market has remained active and prices have increased. Now, however, the town is experiencing a “logical leveling off. But there’s a lot of new construction and a huge renovation of downtown.” In addition, an increase in the number of flights into Hayden Airport make it easy for second homeowners to get in and out of Steamboat.

Although sales slowed in the final quarter, 2007 turned out to be a record year in Routt County, with total volume exceeding $1.5 billion, according to the Land Title Guarantee Company. The average price of a single family home was just over $800,000; condos were just over $400,000. 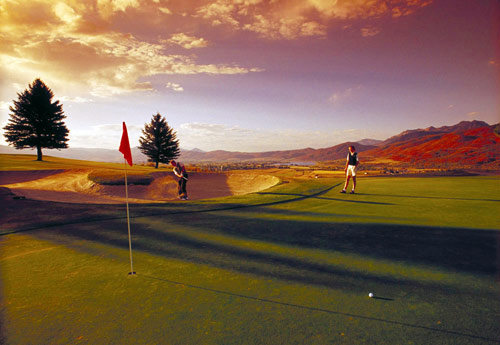 WESTERN SLOPE Buyers, rejoice: If you’re searching for a place where you will get bang for your buck and still enjoy Colorado’s trademark beauty, the Western Slope might just be the place for you. Less expensive than the mountain regions and persistently popular with families and retirees, the Slope is likely a good investment, too.

Consider buying in: Grand Junction
The Western Slope’s anchor city is the fastest-growing metro area in Colorado and the ninth-fastest-growing in the country, according to the U.S. Census Bureau. One reason: Its economy, driven by growth in the mineral, gas and oil industries. Given the demand for these resources, Grand Junction is a worthwhile place to consider buying your next home.

Check out the May issue for hot zip codes—areas that are showing well-above-average sales prices. 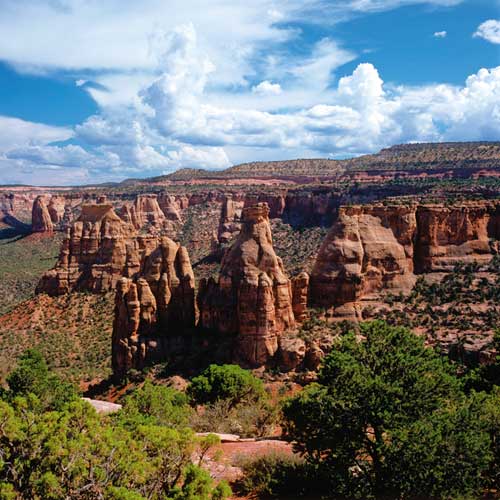 This article appears in the April 2008 issue of Colorado Homes and Lifestyles.
Categories: Stylemakers