We Are Xi Zhang’s Landscape

In his expressionist canvases, Zhang forges universal human connections imbued with the timeless spirit of the Rockies

“The Rocky Mountains give me a lot of inspiration,” says painter Xi Zhang of his 14 years in Colorado. “People come and go, but mountains have no end and no beginning. Mountains don’t judge. They are openhearted. That inspires me as a human being and an artist.”

Zhang (whose first name is pronounced “cee”) was born and raised in China but considers Colorado his true spiritual home—a connection that shines through his recent acrylic-on-canvas paintings (such as Umbrella, above), colorful, large-scale scenes in which anonymous human figures struggle, connect, persevere, and even quietly triumph amidst landscapes of woodlands, lakes, streams and rocky slopes.

A life in art and the Front Range landscape were not originally part of the plan. Zhang grew up in Kaifeng, a city on the plains of China’s central Henan province, where both his parents were artists—his father an expert in traditional calligraphy, his mother a watercolorist. They were adamant about art classes, but the preteen was a bit of a rebel. “I didn’t want to be the same thing my parents were,” he says. “Art felt disconnected from the general public.” Instead, he dreamed of a life in rock-and-roll, idolizing groups such as Pink Floyd, Nirvana and Smashing Pumpkins. 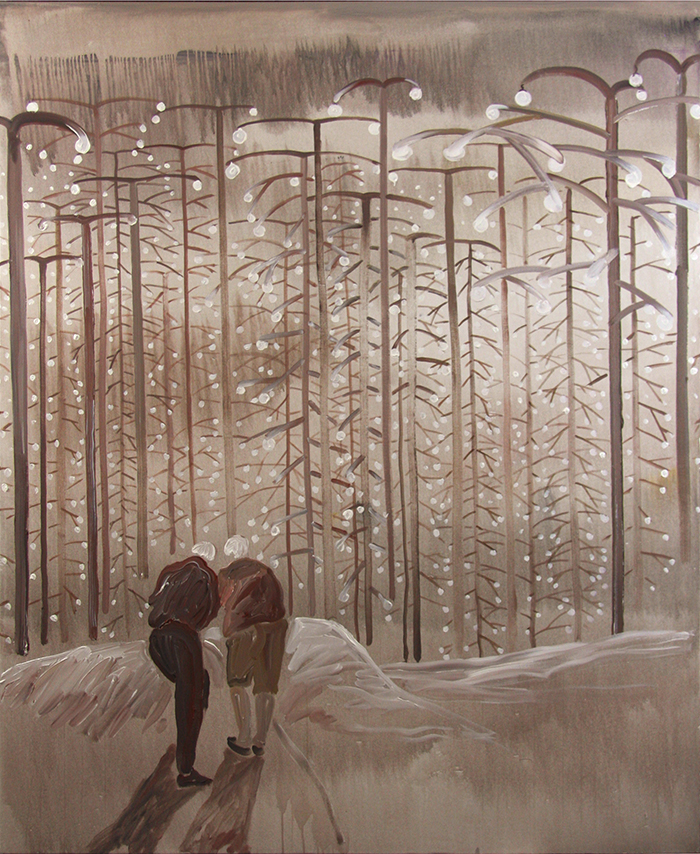 Zhang’s attitude changed at 14 during a family summer trip to visit artist friends of his father’s in Yunnan province. “Its mountains and rivers look exactly like Colorado,” he recalls. “And several of the artists I met there changed my views. They talked about how art could help connect to other people and benefit the community through their images.”

Back home, he began to draw and paint in earnest, also inspired by the works of Andy Warhol and Jackson Pollock that his father showed him in art catalogs. Zhang’s early efforts, he says, “now seem immature to me.” But they were good enough to gain him admission at the age of 15 to the Beijing Institute of Art and Design, from which he graduated three years later.

At 19, Zhang’s portfolio earned him a place at the Rocky Mountain College of Art + Design (RMCAD) in Denver. He expresses tremendous gratitude for “really amazing” professors in China, at RMCAD and at UC Boulder, where he received his MFA. Zhang cites one in particular, Clark Richert at RMCAD, who “showed so many different kinds of artwork in his classroom, was always so calm and encouraging, and told me I should really bring positive energy to my work to bring people hope.” 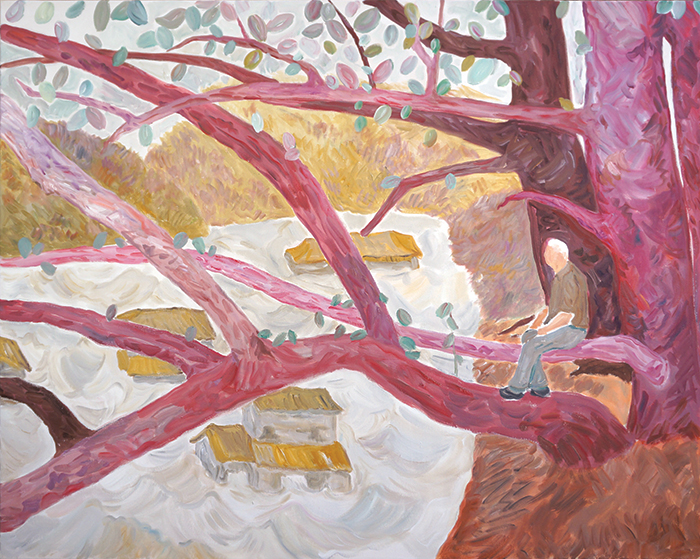 “I want the audience to think that it could be possibly themselves. The feeling should be that the painting is made for you, saying, ‘Hey, buddy. You’re not alone!’ ”  — Xi Zhang

Soon that positive energy, coupled with abundant talent, began to earn Zhang professional accolades and commercial success. The Denver Post named him its 2008 Emerging Artist of the Year. In 2011, the Denver Art Museum also invited him to participate in its prestigious Logan Lecture series. In 2016, Zhang was appointed an assistant professor of painting and drawing at the University of Utah in Salt Lake City, where he now lives with his wife, ceramic artist Kathryn Wingard, whom he met in Boulder.

Zhang’s recent works continue the artistic quest he first embarked on some 20 years ago in Kaifeng, aiming “to provoke compassion” among those who view them. To that end, he paints primarily on a large scale, his canvases measuring to 5 by 6 feet. 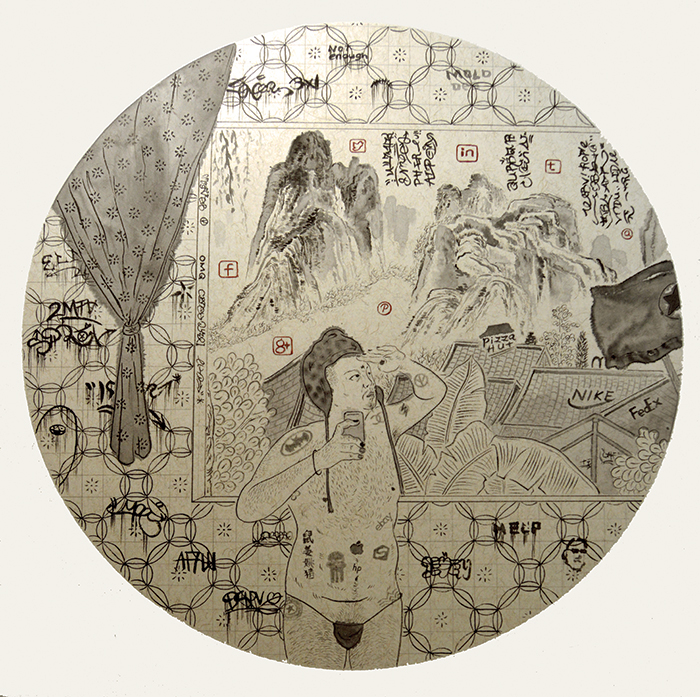 A small acrylic on canvas from the Second Hand Memories Series

“I like my work to feel like you are looking at a movie, to take you into that realm,” he says. To engage viewers even more deeply, he often deliberately makes the identities of the figures in his paintings ambiguous, along with the narrative driving each composition. “I want the audience to think that it could be possibly themselves,” he says. “The feeling should be that the painting is made for you, saying, ‘Hey, buddy. You’re not alone!’ ”

Zhang’s images are beautiful, compelling and humanistic in a way that reels the viewer in, heart first. “All the problems we’re facing in the world right now are because people are so against one another,” explains the Chinese-born Coloradan. “But what really makes a Chinese a Chinese, or a Mexican a Mexican? There are no clear labels anymore. If we can get rid of all the labels, life would be much, much better.”