The award-winning owner of Annette dishes on her roots, food philosophy and cooking at home

Caroline Glover’s Annette is an intimate, welcoming restaurant nestled on the outskirts of the bustling, retro-industrial Stanley Marketplace in Aurora. The fresh-faced, 33-year-old Texas native lives in her daily uniform of hair tied back in a colorful bandana, plus a T-shirt, jeans and an apron. She heads a female-run kitchen and credits her work ethic and ability to take criticism as the secrets to her success. She is singularly devoted to her philosophy of creating exceptional yet simple meals from the very best ingredients of the season. 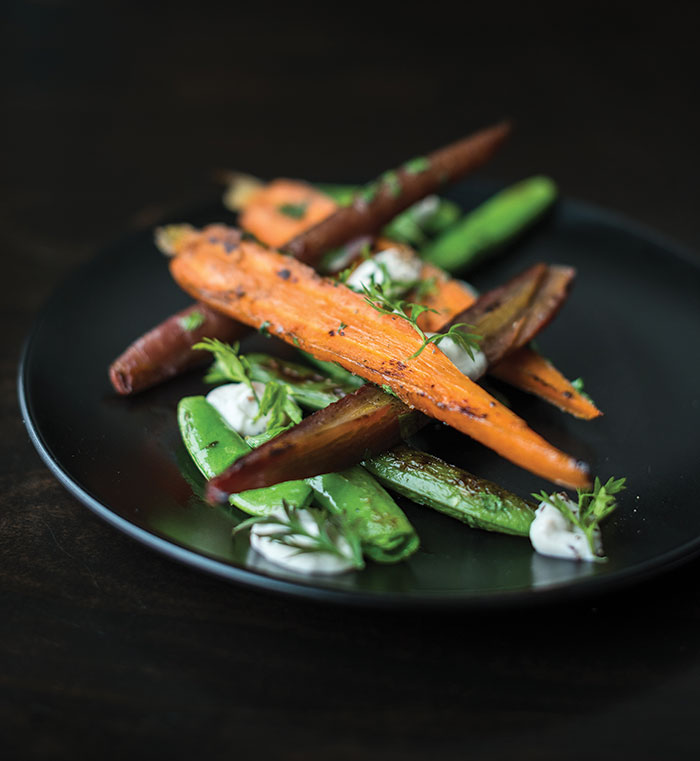 Simple, Seasonal “If you spend too much time trying to manipulate an ingredient to make it taste good when it’s out of season, it doesn’t always work out,” Caroline Glover says. [Photo by Jonny Marlow]

Glover’s meteoric rise on the foodie scene has garnered her several James Beard nominations, recognition as one of Bon Appétit’s Best New Restaurants in 2017 and, most recently, a nod as one of Food & Wine’s 2019 Best New Chefs. Despite her accolades, she still feels funny referring to herself as chef. “I’m a cook,” she says humbly. “And a mother hen.”

Glover got her start in restaurants at 16 as a Chili’s “to-go” girl (which she loved). After two years of college, her wandering path led her through Yosemite (she needed to do the outdoor life for a while) to New York City (Culinary Institute of America and April Bloomfield’s renowned Spotted Pig), as well as the farmlands of Pennsylvania, Vermont and Colorado (which profoundly influenced her intentional philosophy around food). 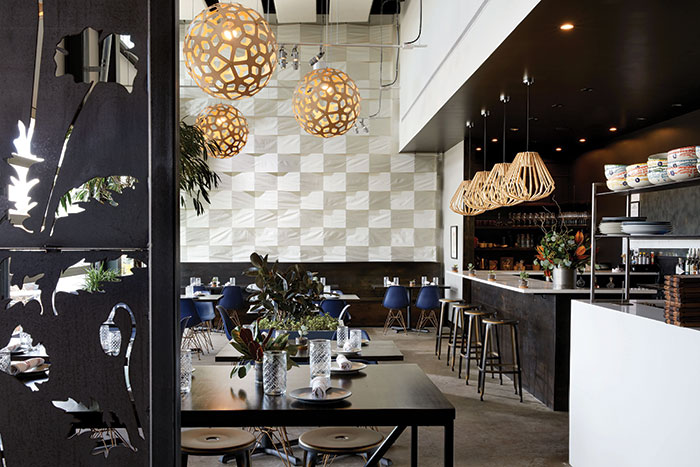 She landed in Denver, and after a two-and-a-half year stint as sous chef at Steven Redzikowski’s Acorn, she opened Annette. “I just got to the point where I had a lot of my own ideas and my own vision for how I wanted to do food and service, and it felt like the right time,” she says.

At this point, she’s fully committed. “I’m just starting to get to this time in my career where I’m being pulled a lot,” she says, “but I refuse to not be on the line and cook. I need to be here—every day. I’m not willing to compromise on that. We set out with an original vision here, and it’s really dependent on this crew to make it happen. I just want to make sure we stay on track.” 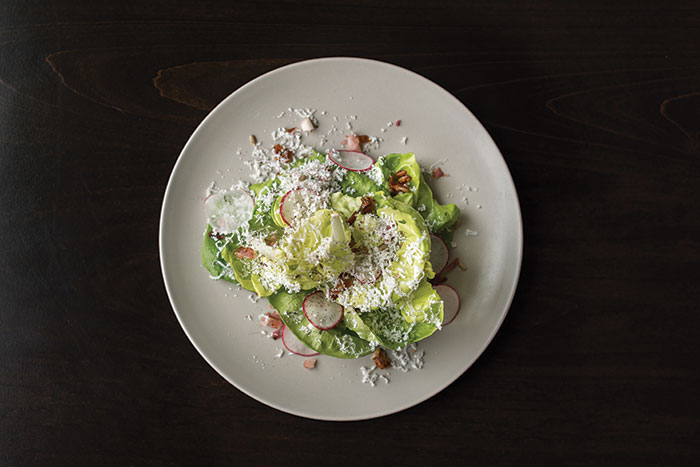 What is the story behind the name Annette?

I grew up in a pretty conservative family, and my Great Aunt Annette (we called her Netsie) was a strong woman with great ideas, who always spoke her mind. She was so smart, she watched Seinfeld, she couldn’t cook, and she loved martinis. It was really impactful, watching her as a kid—she definitely informed a part of my personality and thinking. It made sense to name the place after her, because when you own a restaurant you have to stand your ground and feel strongly about what you’re doing. I have her photo in my back office, and when I have days when I feel like I’m just getting beat down, I look at her and say, “I got this, right?”

Personally, I get overwhelmed when I go to a restaurant and see a huge menu. We keep a really intentional, small menu at Annette, and we stand behind everything we create. A lot of it is informed by the seasons. Our style has always been to start with a really great product and not manipulate it a lot—to really let it speak for itself. Chelsey [Maschhoff, her sous chef, who jumped on board the team at Annette after working with Glover at Acorn] and I cook a lot from childhood memories—things we remember, flavors, feelings. Sometimes we’ll compare memories and try to marry different versions of a dish. 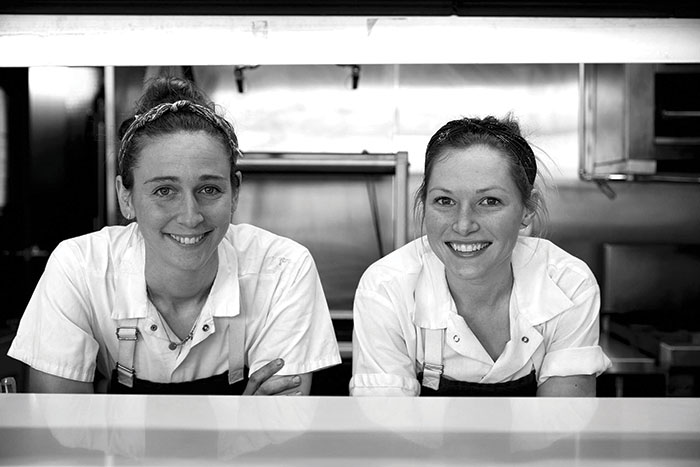 On the Line Chef/owner Caroline Glover and her creative partner/sous chef Chelsey Maschhoff. [From The Hip Photo]

What was the thinking behind Annette’s kitchen design?

We very intentionally designed the restaurant as super open. I want to talk to people. I like to keep my eye on the guests. A lot of a good restaurant experience is being able to read people. After standing in that spot for two-and-a-half years, it’s surprising to me how quickly I can read what people need. The same is true at home. The second we moved in, we cut a little ‘pie hole’ in between the kitchen and the dining room, because when we have people over I like to be busy cooking, but I want to feel included.

Any tips for at-home cooks?

Home recipes are oftentimes very one-dimensional. I view recipes as more of a guideline. I always make them once, exactly as written, tasting and making notes as I go along. I learned that from my mom—all of her recipes have notes all over them. The second time, I make it the way I want to. Finding your own style is really important, especially at home, because you want to cook what you like. Learning to cook involves a lot of intuition, and if you mess it up, you mess it up. It’s not the end of the world.

You’ve chosen to have a female-run kitchen in a male-dominated field. Why?

It’s just a different atmosphere when it’s run by women. I don’t think it’s any easier—I think women are very particular and perhaps a bit more stern. But I really enjoy our work ethic and the way we do things and the way we communicate.

When you go out in Denver, what’s your favorite place to eat and what do you order?

Eating out these days is rare, but when I have the chance I go to Cart-Driver in RiNo and order a chopped salad. I call it the ‘most craveable’ salad in the city. Also, sardines and bread and their clam pizza. Heaven!

If someone is new to Annette, is there one thing that’s a must-try?

Ooh, I'm torn. If you’re a classic person, the half-roasted chicken is a must. For something different, I’d say the grilled beef tongue and marrow toast. 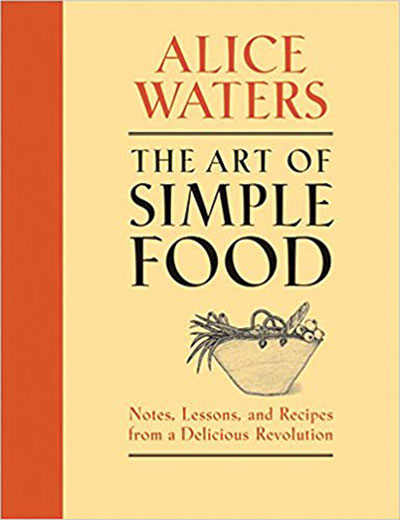 1. The Art of Simple Food by Alice Waters
This is a grounding book for me. I mean, Alice Waters—she’s the OG. She totally has all the basics that are, in my mind, foolproof. I trust I can open this book and find something fabulous on every page. 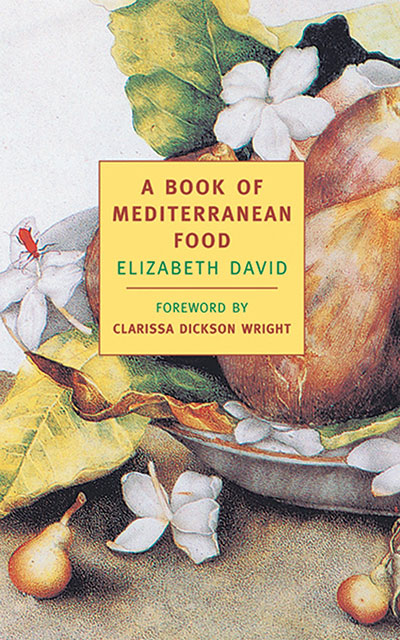 2. A Book of Mediterranean Food by Elizabeth David
I think older cookbooks have a different feel to them, a different style, and David is such a whimsical writer. Her cookbooks are not just all recipes—they’re full of stories of travel and where she finds things and how she finds them. When I’m in a rut, I just want to be in this place with the sights and sounds of her experience. 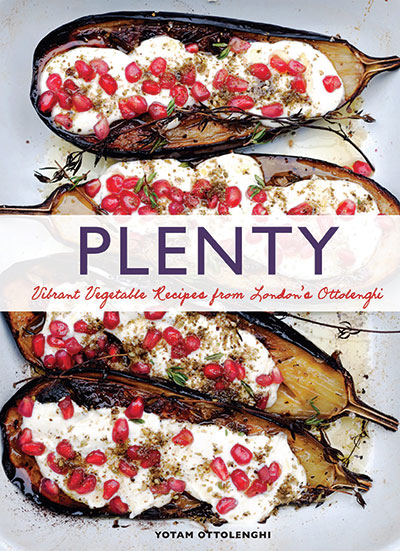 3. Plenty by Yotam Ottolenghi
Ottolenghi thinks about vegetables in a  completely different way, treating them as the centerpiece. His work makes me think about things differently, like, “Oh, I could use a whole celeriac, roast it and treat it as a piece of meat.” His recipes break barriers. 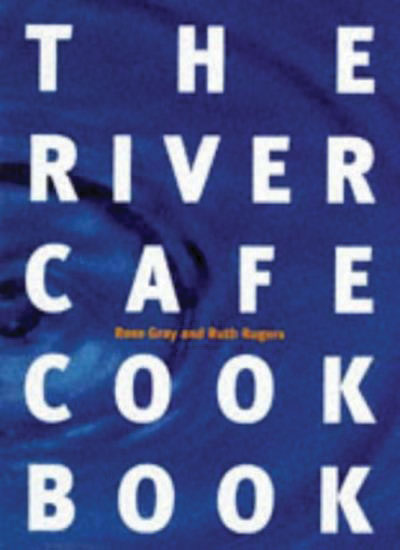 4. The River Cafe Cookbook by Ruth Rogers and Rose Gray
One of the first influential people I worked for, April Bloomfield, worked at The River Cafe. This book reminds me of her style—mostly British with a bit of Mediterranean. And it’s simple. Most of my favorite cookbooks are really simple. 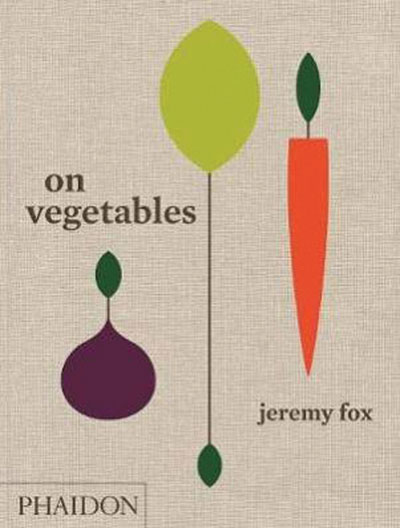 5. On Vegetables: Modern Recipes for the Home Kitchen by Jeremy Fox
I like this one because Fox’s thinking is so far out of the box. I find myself wondering, “How did he come up with this? Where was his brain? Where did he find that inspiration?” His work puts me in a different state of mind and challenges me to think about what I’m doing.