The Design of the U.S. Air Force Academy

Only one Colorado building has been awarded the American Institute of Architects’ prestigious Twenty-Five Year Award, which recognizes architectural works of “enduring significance.” It’s the Cadet Chapel at the U.S. Air Force Academy in Colorado Springs.

Designed by the late Walter Netsch, of the renowned architecture firm Skidmore, Owings & Merrill (SOM), the chapel is a masterpiece of glass, steel, and aluminum, a breathtaking place of worship dominated by 17 identical spires that pierce the Colorado sky. Inside, massive tetrahedrons are separated by colorful ribbons of stained glass.

“I made an enclosure that embodies the concept of light and glass endowed with lofty grandeur,” Netsch once said. No wonder the chapel has long been one of Colorado’s top tourist attractions. When the AIA conducted a poll to determine the country’s 150 favorite works of architecture, the chapel placed 51, with top honors going to the Empire State Building.

Completed in 1963, the chapel has been justifiably celebrated for its architectural splendor, but the academy’s core buildings—in what is officially known as the Cadet Area—form one of the most striking collections of midcentury-modern architecture in the country. Netsch, who died in 2008 at the age of 88, designed what Architectural Forum called an “Air Age Acropolis.”

It wasn’t without controversy. SOM’s design for the academy, unveiled in 1955 at the Colorado Springs Fine Arts Center, was widely criticized, particularly by some members of Congress, who held the purse strings for the project. Rep. John Fogarty, a Democrat from Rhode Island, declared that the design was “not American in conception and is unworthy of the traditions of this nation.” The great Frank Lloyd Wright, part of a group of architects competing for the job, blasted SOM’s scheme as “a glassified box on stilts.”

But the Air Force wanted modern—in part to distinguish itself from the other military academies—and that’s what it got. On Aug. 29, 1958, 1,145 cadets moved from their temporary quarters at Lowry Air Force Base in Denver to their gleaming new campus near Colorado Springs. In 2004, the Cadet Area—which includes the chapel—was designated a National Historic Landmark.

Today, most of the original buildings look more or less the same as they did when completed. But there’s a new kid on the block, the dramatic Center for Character & Leadership Development. Designed by SOM’s New York office, it’s the most significant addition to the academy in decades. The angled building, not far from the chapel, is at once an homage to Netsch’s rigorous modernism and a radical departure. 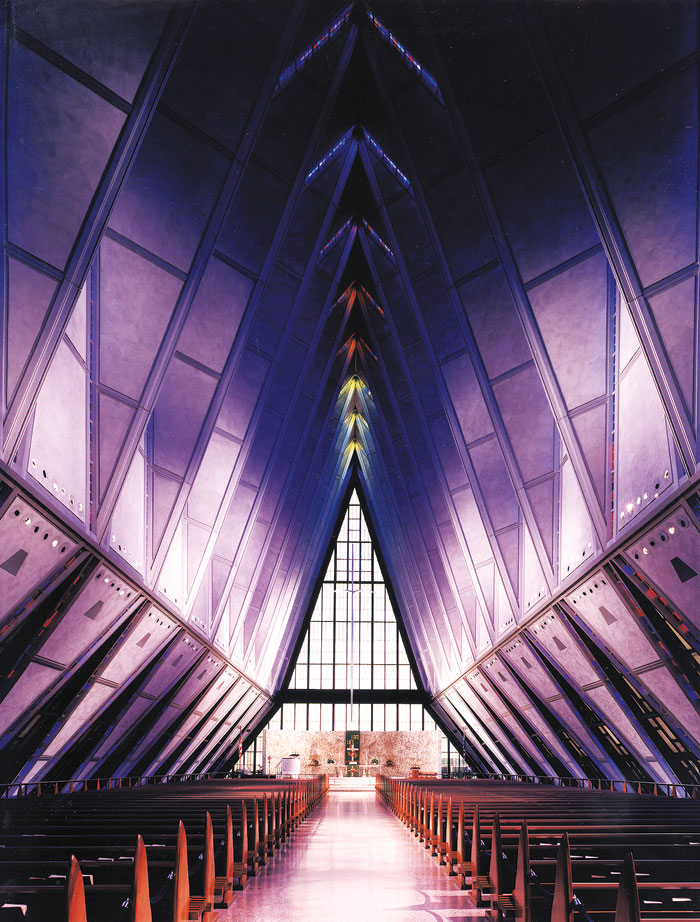 (Photo: Courtesy of SOM/Copyright Hedrich Blessing)
The iconic Cadet Chapel. Architect Walter Netsch took inspiration from several sources including the jewel-like Sainte-Chapelle in Paris. Today the chapel is one of Colorado’s most popular tourist attractions.

“I made an enclosure that embodies the concept of light and glass endowed with lofty grandeur.” —Walter Netsch 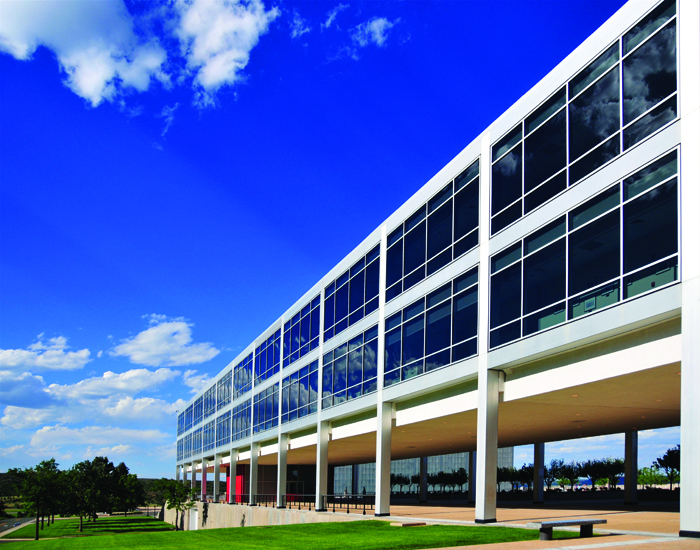 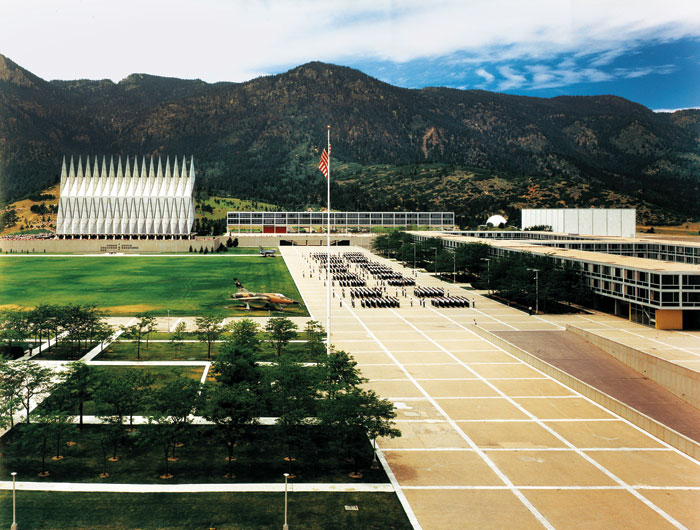 (Photo: Courtesy of SOM/Copyright Hedrich Blessing)
Architectural firm Skidmore, Owings & Merrill’s modernist design for the Academy was controversial when unveiled in 1955, but in 2004 the Cadet Area was designated a National Landmark. 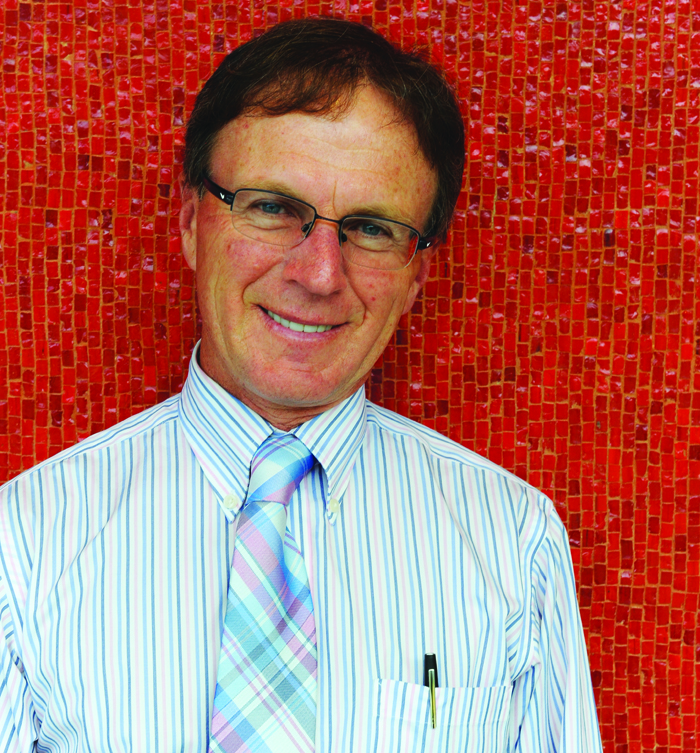 FROM INSPIRED KID TO RESIDENT ARCHITECT

Duane Boyle, 59, the Air Force Academy’s resident architect, grew up in a neighborhood outside the academy’s south entrance and attended Air Academy High School. As a student, he had access to the Cadet Area and its stunning collection of buildings. “They inspired me to become an architect,” he says. After graduating from the University of Colorado, Boyle went to work for Skidmore, Owings & Merrill (the firm responsible for the academy’s modernist architecture), which had a Denver office at the time. Later, the academy hired him to implement a master plan developed by SOM. Today, he oversees new design and construction at the academy and works diligently to guard Walter Netsch’s vision. “I look out the window from my office here in Harmon Hall,” Boyle says, “and look across the Terrazzo, and I think, ‘This is such a unique place. And I hope it always is.’”

For visitor information, go to www.usafa.af.mil