The (Almost) Daily Dose: Get Over Yourself

The first time I heard “get over yourself” was while watching a double date scene from When Harry Met Sally. It was spoken by the late Carrie Fisher. It’s a phrase I say repeatedly to myself when I’m hosting a one-woman pity party that goes on for too long. I find getting outside of myself to be one of the most positive things I can do. As I sit and stare at the incredible beauty of the tulips my friend Stacey left for me last week, I am inspired to send flowers to another friend in hopes of giving them a similar joy (and supporting my friend, a florist). 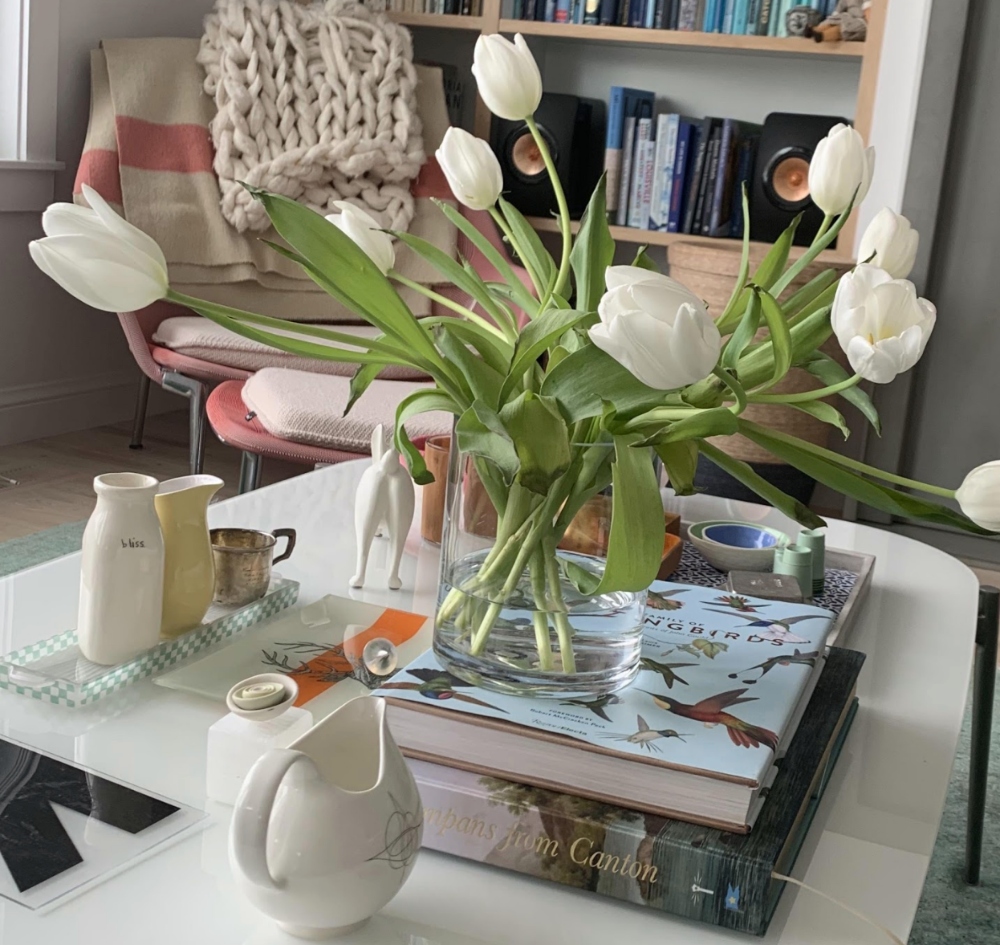 My husband is cooking double batches of pork green chili and beef bourguignon so our neighbors can come over and have extra dinners as they are home trying to work with two children under the age of 3. I am going on a daily walk with my daughter Annie because we used to work out together at Orange Theory Fitness and we both want to keep moving. It’s a gift we give to each other. We are writing my mother-in-law daily. She is in a nursing home in British Columbia and can’t receive visitors. Later today I will be working on finishing a pillow for my friend Pam who is in the midst of a health crisis. 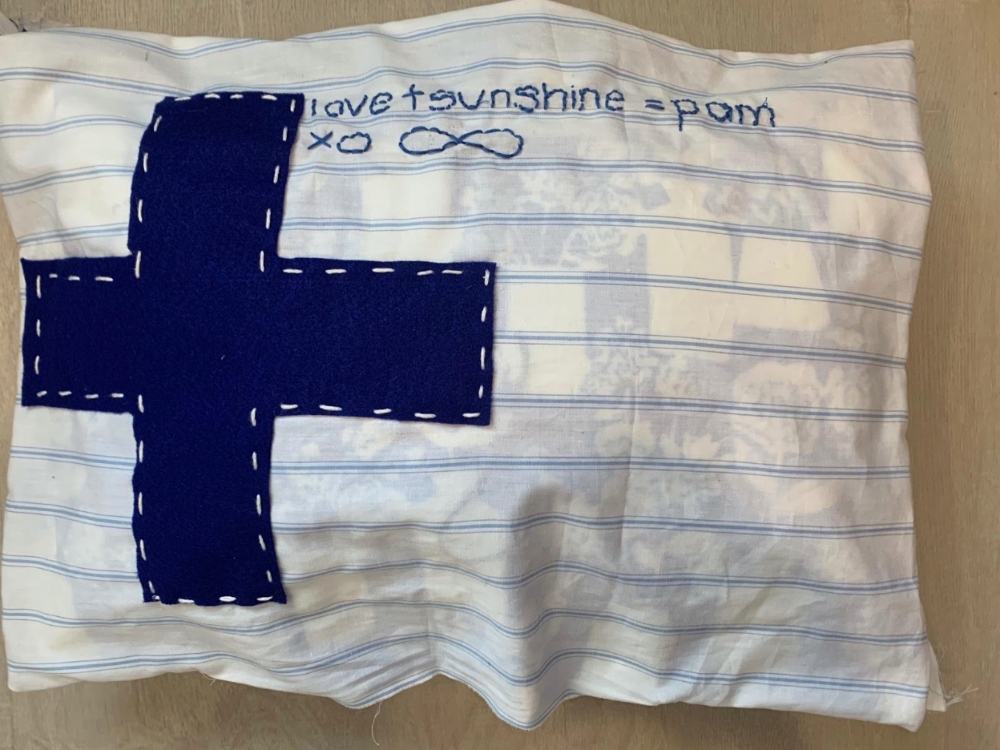 These are all small things any of us can do. They have large repercussions. You never know when your gesture of goodwill or your wave in passing, or a smile, might change the course of someone’s day. We do have the power to tilt the world to the positive.

Today I’d like to share one of my favorite quotes on the subject. It’s from Here If You Need Me, a beautiful, heartbreaking, triumphant memoir by Kate Braestrup. I often give it as a gift. This passage is about what happened just after she received news that her young husband, the father of her four small children, had been killed. 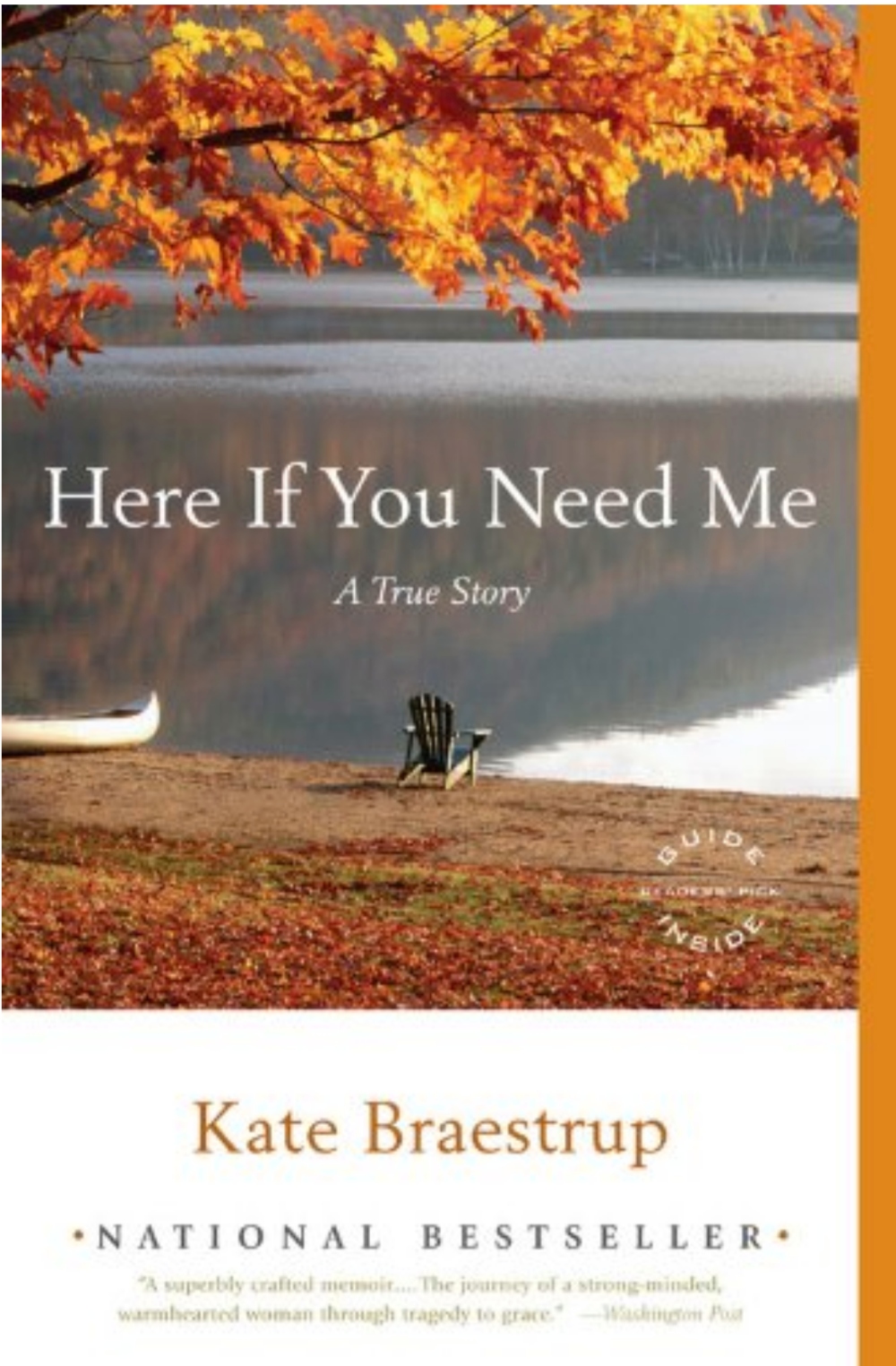 “A few minutes later, the doorbell rang again. This time, I answered it. It was my neighbor, an elderly woman I had exchanged no more than a dozen words with in the ten years I lived in Thomaston. She had pot holders on her hands, which held a pan of brownies still hot from the oven, and tears were rolling down her cheeks. ‘I just heard,’ she said.

That pan of brownies was, it later turned out, the leading edge of a tsunami of food that came to my children and me, a wave that did not recede for many months after Drew’s death. I did not know that my family and I would be fed three meals a day for weeks and weeks. I did not anticipate that neighborhood men would come and drywall my playroom, build bookshelves, mow the lawn, get the oil changed in my car. I did not know that my house would be cleaned and the laundry done, that I would have embraces, listening ears, that I would not be abandoned to the labor of mourning along.  All I knew was that my neighbor was standing on the front stoop with her brownies and her tears: she was the Good News….

‘I wish I could do more,’ my neighbor said, and all I could think as I gazed at her, shining before me in the electric air, was ‘What more need there be on earth than this? Than you?’