The Cause Behind the Party

The Derby Party, held at Denver Botanic Gardens, is up in attendance from 130 to 2500 since it began eight years ago. All of the event proceeds go to the Sean “Ranch” Lough Memorial Scholarship Fund. 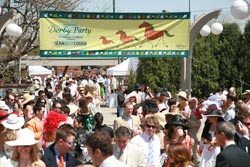 The Derby Party, held at Denver Botanic Gardens, is up in attendance from 130 to 2500 since it began eight years ago. All of the event proceeds go to the Sean “Ranch” Lough Memorial Scholarship Fund. 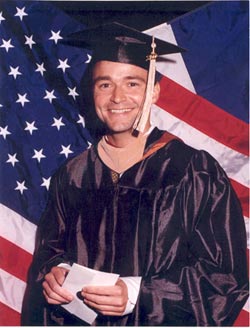 Sean “Ranch” Lough on his day of graduation from Colorado State University. 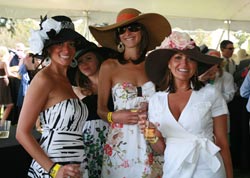 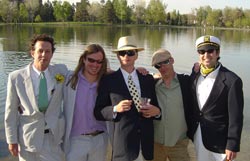 Behind the Derby Party is a philanthropy you should get to know. Started eight years ago to commemorate the life of Sean Lough, a well-loved CSU student who passed away in a mountain biking accident, the Sean “Ranch” Lough Memorial Scholarship Fund is on a mission to do good in Sean's name—by awarding full, four-year CSU scholarships to underprivileged students who will honor Sean's legacy. (All of the proceeds from the Derby Party go to this end.)

“Sean was a guy who truly lived life to the fullest,” says Scott Anderson, friend of Sean's and one of the charity's leaders. “He knew how to work hard, but he also knew how to play hard, too. His zest for life and that type of personality—that's what we try and look for when we're picking our scholarship winners.”

Anderson is one of ten or so of Sean's best friends who drive the organization from behind the scenes. “When we initially started the , we never expected where it would be today,” he says. “We've already surpassed any idea of what we thought imaginable for this.”

Case in point: the Scholarship Fund just awarded its eighth CSU scholarship to a student named Emmanuel Medina from Arrupe Jesuit High School in Denver—a private high school that offers underprivileged students a unique opportunity: qualified students like Medina work one day a week, go to school for extended hours during the other four days, and are in turn supported by fundraising efforts (including a company sponsorship) to pay for their education.

Terrance Hunt, another one of Sean's friends who helps run the charity, talks about how the scholarship has evolved: “Our scholarship now is full-ride—which includes tuition, housing, food, books, and healthcare for a student, so they have zero out of pocket expenses. Going into inner-city schools, we found that students can get their tuition paid for, but having to pay for things as small as books would keep them from going to school.”

And what's the philanthropy's ongoing goal? Anderson sums it up well: “We want a self-sustainable scholarship fund that will be there for all the rest of the days CSU continues to exist,” he says. To this end, the organization is working on building its endowment and throwing a Derby Party that continues to grow—and give its guests a better experience—year over year.

Though the charity has hosted a number of events over the past eight years to raise funds for the scholarship—from tailgate events to Christmas parties—their main stage event is the popular Derby Party, a gathering of roughly 2500 people that takes place at Denver Botanic Gardens on the first Saturday of May during the Kentucky Derby. (The first Derby Party was held in 2002 at the Washington Park Boathouse, and 130 people were in attendance.)

“It's the one time when Sean's friends and everyone pitches in and does their part to be able to pull off that party,” Anderson says. “We all take great pride in seeing an event like that continue to live on, and to celebrate his life and do something meaningful. To give back in his name.” Eighty-five percent of the event's funds come from ticket sales alone, while the remainder is raised through carefully chosen corporate sponsorships. This year marked the event's most successful season yet. “We've built it up to be the largest single fundraiser in Denver for CSU,” Hunt says.

On top of that, one-hundred percent of the services that run both the event and the organization—from volunteer help to legal services to the Web site—are donated. “Our goal is to keep administrative costs as close to zero as possible. When people donate to us, they know one-hundred percent of those proceeds are going to a kid in need,” Hunt says.

To learn more about the charity or the event visit, seanloughfoundation.com or denverderby.com.