The Bigger Life of Pie 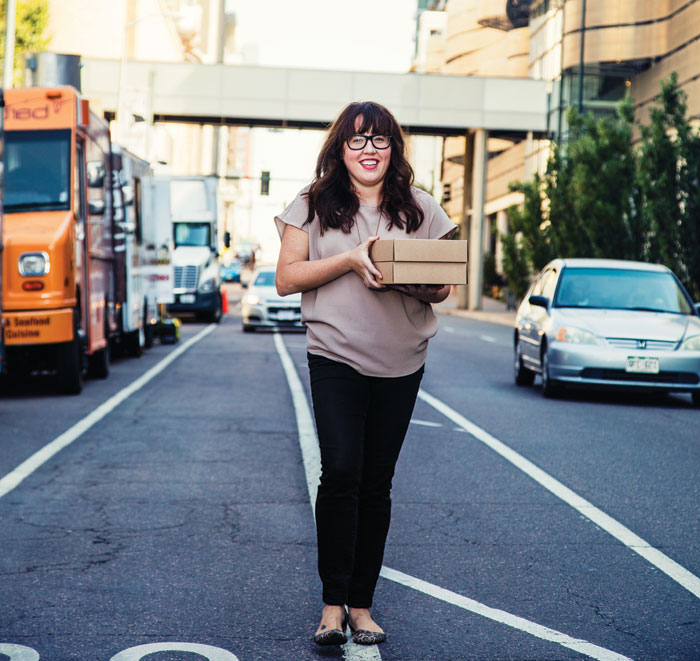 Shauna Lott is not your typical baker, and The Long I Pie is certainly not your conventional pie shop. Lott, a bespectacled, lipsticked maverick, has been seducing Denverites with her flaky cast-iron-skillet-baked pies like Grandma’s Spiced Cranberry Apple for the last two years. But her mission goes way beyond delicious dessert: Lott partners with Mile High WorkShop to train and hire at-risk youth, giving them their first chance at employment in the food industry. 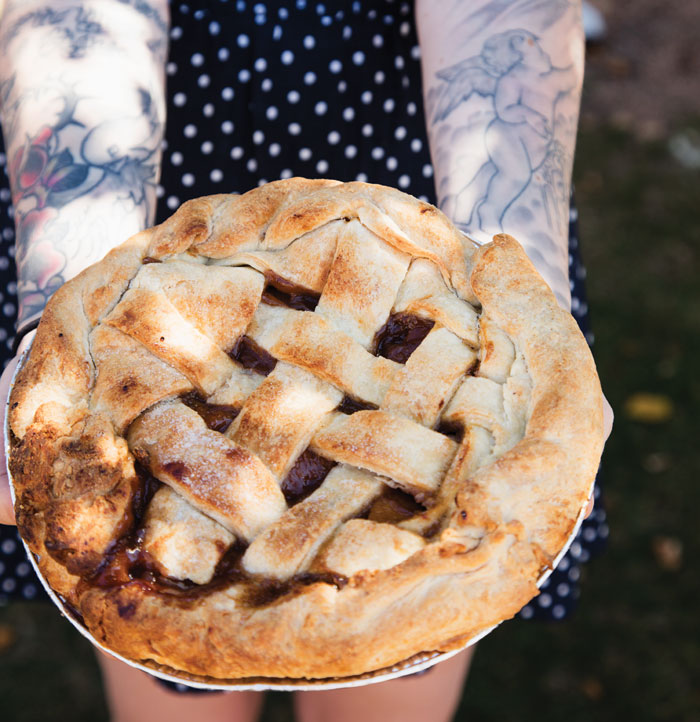 “As a business, we not only want to give the community we are working in delicious pie, but we want to contribute socially as well,” says her website. This landed Lott as a food finalist in Martha Stewart’s “American Made” contest. Lott’s big win, however, is her combination of culinary skill and heart—two traits that are easily traced to the hardworking, service-minded Fishers, Indiana women she comes from. 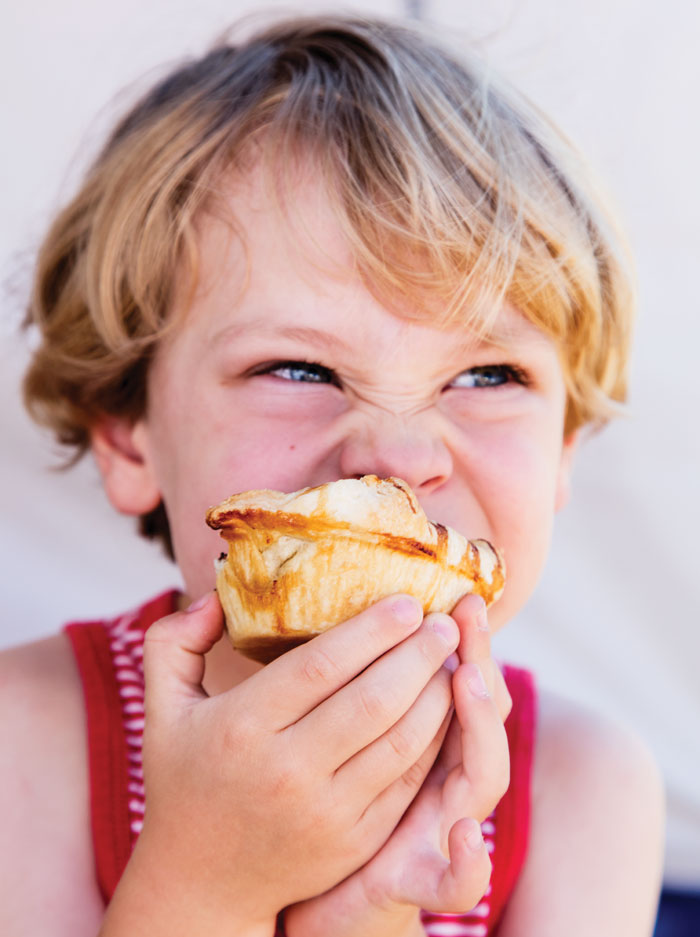 It was at her grandmother’s apron strings that she learned the value of giving back to one’s community, the profound comfort of eating pie around a kitchen table, and—lucky for us—the recipes for those irresistible pies. After graduating from Indiana Wesleyan University with a degree in social work, Lott traveled the country for a couple of years before giving her heart to the Highlands neighborhood in Denver. 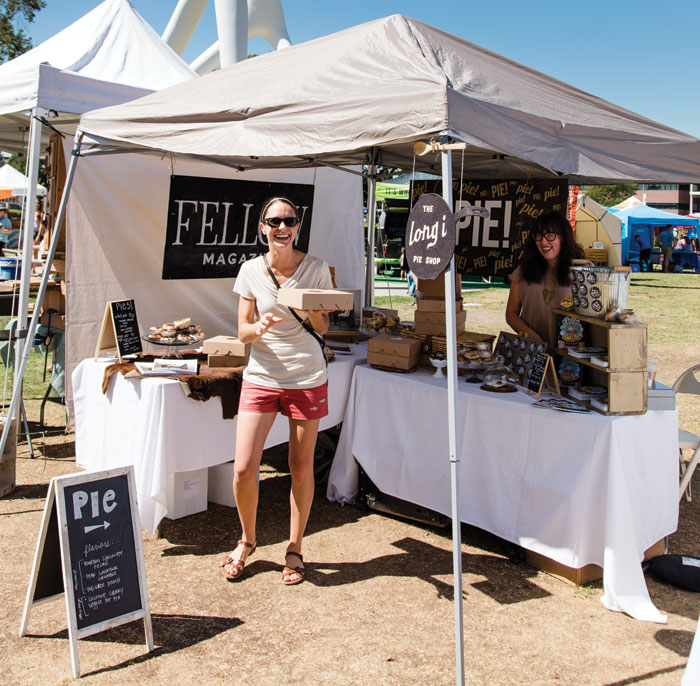 She spent five years working as a social worker with refugees and adolescents living with HIV and thought about how she could employ these at-risk youth to help give them a good reference and a résumé. The ‘aha’ moment came when, after immersing herself in pie baking as an effort to stay connected to her deceased grandmother, her well-fed friends encouraged her to start a bakery.

In 2014 the barely 30-year-old Lott launched The Long I Pie Shop as a mobile business selling her cast-iron-skillet-baked pies out of an Airstream trailer built to look like a grandmother’s kitchen by her dad and grandfather. Unfortunately, the mobile idea proved too costly, so Lott now sells her pies at The Purple Door Coffee, Huckleberry Roasters, and Dorchester Social Eatery; at pop-up events at The Denver Flea and The Source; and at Stem Ciders every fourth Tuesday of the month. Lott also has a Pie of the Month Club on her website, thelongipie.com. (Prices: $30 for 9-inch pies, and $5 for 3-inch pies) 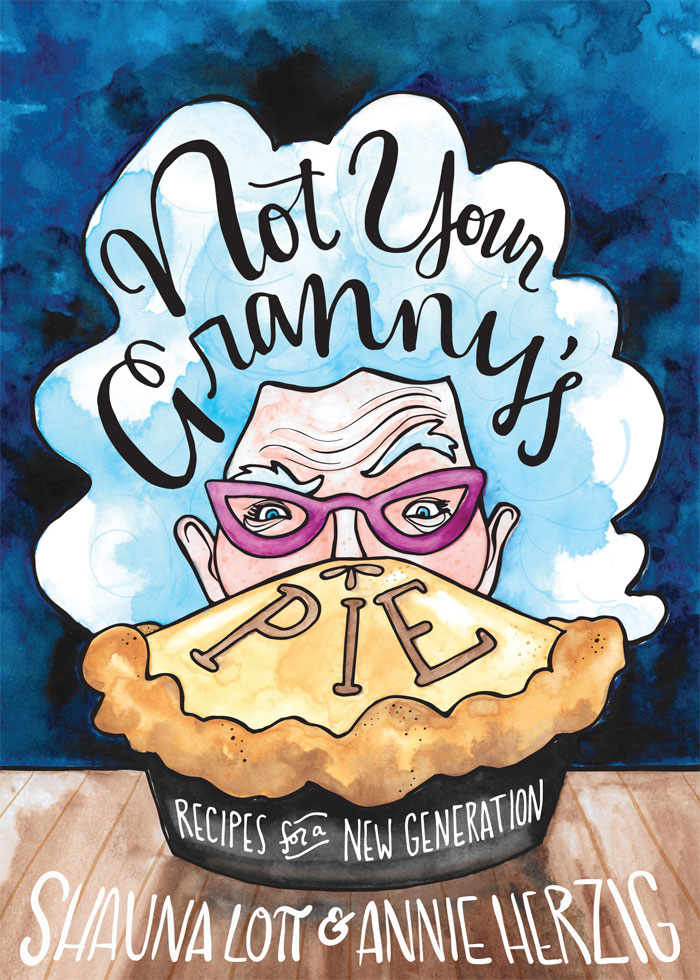 When not managing the pie business, Lott is expanding her entrepreneurial output by partnering with friends. She’s been working with illustrator Annie Herzig on a series of self-published books, including a recipe book titled Not Your Granny’s Pie (see p. 58), and Fellow Magazine founder Bre Graziano on an event-planning business (the-convivialist.com). “I feel more like an artist than a baker,” she says. “Pie is just my medium.”

Prepare your pie crust. Preheat oven to 400˚ F. Begin by beating the eggs in a mixing bowl. Add melted butter, bourbon (take a swig while you’re at it), salt, vanilla, brown sugar, and honey. Mix with wooden spoon. Fold in chocolate chips and pecans. Pour mixture into prepared pie crust. Bake in a 9-inch cast iron skillet for 40 minutes (if you must, bake in a glass or tin pie pan for 50 minutes). Cool on counter for 1 hour.

Two Denverites Change the Face of the Vanilla Industry

An Eagle Eatery to Rival the Rest of Vail Valley