For your viewing pleasure 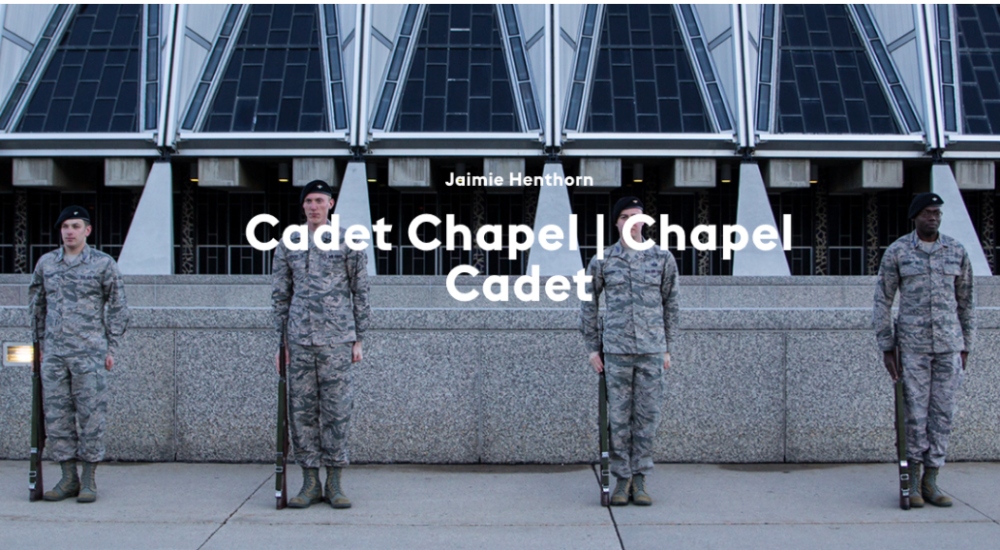 I received an email this week from a non-profit art organization called Black Cube. I went to the Black Cube site and spent a pleasurable half hour or so perusing various links and videos. (They recently gave out 10 Video Awards supporting Colorado artists who have been affected by the COVID-19 crisis.)

The art organization is based here, though its reach is global. They describe what they do this way: Black Cube is a nonprofit, experimental art museum that operates nomadically. At Black Cube, we see ourselves as an unconventional museum pursuing the most effective ways to engage audiences with contemporary art while supporting today’s artists.

One of this year’s projects, a video by artist Jaimie Henthorn, debuted at Denver’s Sie FilmCenter in January. It’s called Cadet Chapel| Chapel Cadet and it “explores the relationship between the iconic United Stated Air Force Academy Cadet Chapel and a military drill.”

The film is less than five minutes and it’s thought provoking as well as an amazing virtual exploration of one of Colorado’s most beautiful buildings. It floors me that so few of the people I know have visited the Air Force Academy chapel, because, as my friend David Hill wrote in a 2015 issue of our magazine:

“Only one Colorado building has been awarded the American Institute of Architects’ prestigious Twenty-Five Year Award, which recognizes architectural works of ‘enduring significance.’ It’s the Cadet Chapel at the U.S. Air Force Academy in Colorado Springs. Designed by the late Walter Netsch, of the renowned architecture firm Skidmore, Owings & Merrill (SOM), the chapel is a masterpiece of glass, steel, and aluminum, a breathtaking place of worship dominated by 17 identical spires that pierce the Colorado sky. Inside, massive tetrahedrons are separated by colorful ribbons of stained glass. ‘I made an enclosure that embodies the concept of light and glass endowed with lofty grandeur,’ Netsch once said.” 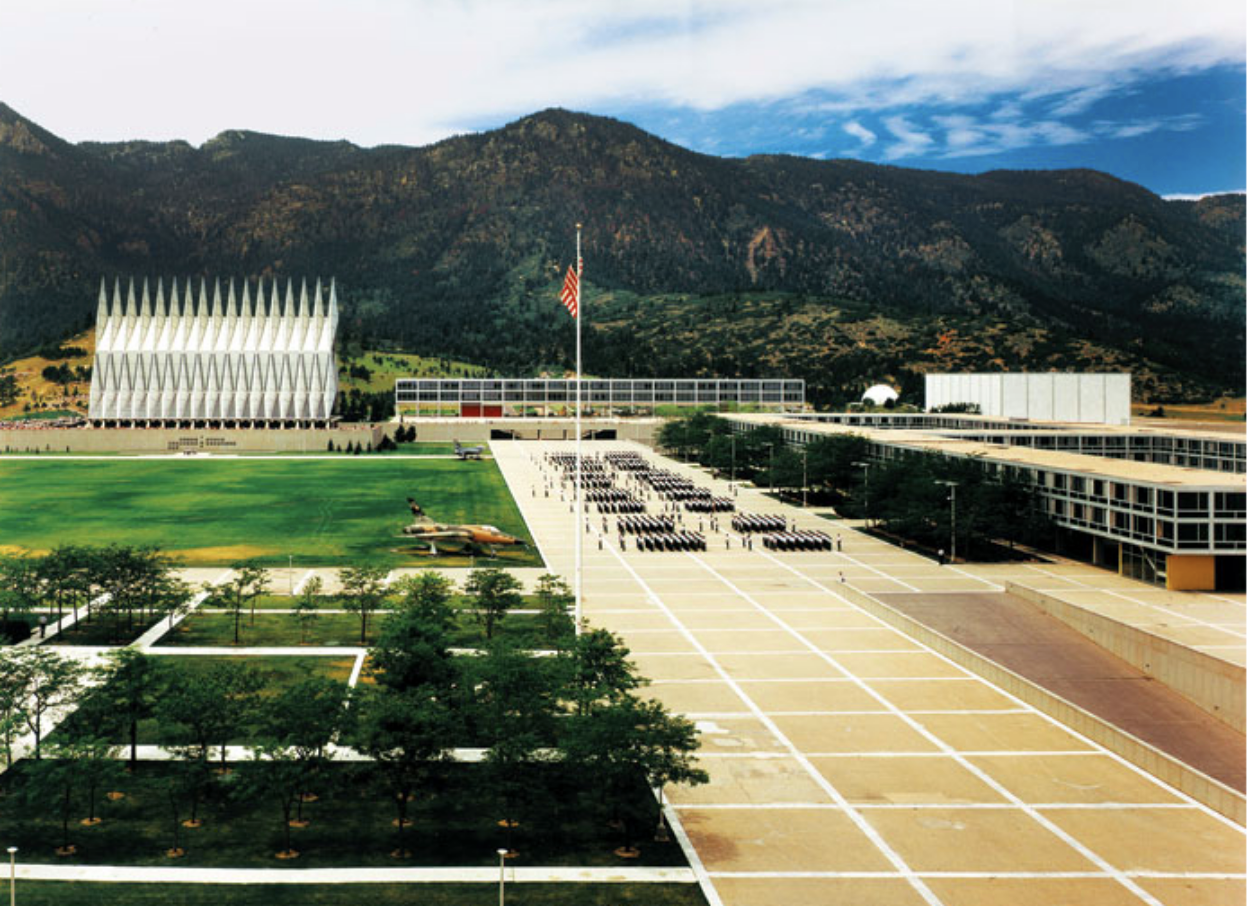 Henthorn, the video artist, described her work this way:

“Each of my performance investigations engages a modernist building in deep conversation with the human body. I am interested in the way we move, learn to move, and are instructed to move in relation to these architectural structures, specifically in terms of power and identity. The cadet honor guard featured in the video was chosen for me by the Air Force Academy, and I had a chaperone at all times. This degree of control over my actions was hugely influential over the final outcome of this work. Every day, young cadets form their sense of self and identity under the pressure of power structures that demand an orderly veneer – seventeen spires in a row, clean angles, symmetry, sheer perfection.” – Jaimie Henthorn