Should You Use a Designer When You Remodel Your House?

You know you need a contractor, suppliers, and workers to get the job done, but what about a designer?

You know you want to remodel your kitchen. And you know you need a contractor, suppliers, and workers to get the job done, but what about a designer?

While people are familiar with the importance of the architect and contractor in a home construction project, many people are unsure about working with a kitchen or bathroom designer.

The benefit of working with an experienced designer is that you will get exactly what you want out of a project, no matter the scale, the first time. A designer will be thinking about the little details that an architect or contractor might overlook in the big picture, like the ergonomically correct position for a toilet paper holder. A designer will also take into consideration how you use the space. Love to cook? Your kitchen will be different from that of someone who prefers to cater her dinner parties. 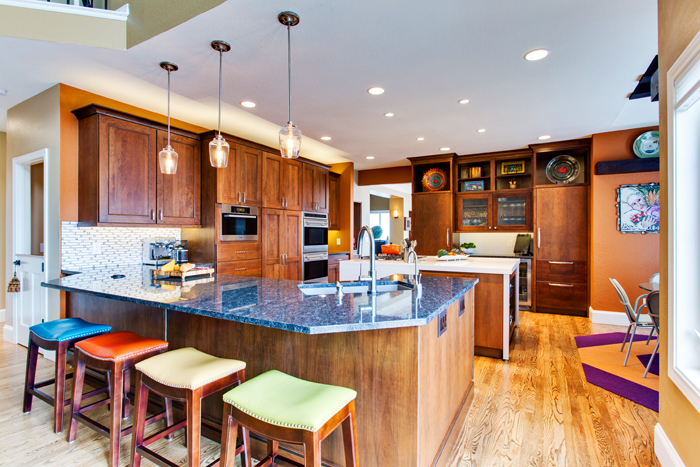 Denver-area Certified Kitchen Designer (CKD) Jan Neiges says that a big misconception people often have about designers is that they aren’t interested in small-scale, or small-budget, jobs.

Neiges stressed that her most important responsibility as a designer is to find a way to solve people’s problems with their space. For Neiges, designing a kitchen is first about functionality, and then aesthetics. As an example, she shared the story of an older couple she worked with, who wanted to update their kitchen on a small budget. While other companies they spoke to would have come in and refaced the kitchen, Neiges wanted to be sure that her clients would also be fixing the problems they had with the space, instead of “painting lipstick on a pig.”

It turned out that the clients were frustrated with the placement of the dishwasher; when it was opened, it was difficult to move around the kitchen easily. With the same amount of money it would have cost the couple just to reface the cabinets, based on a quote from a refacing company, Neiges was able to replace the floors, countertops, cabinets, backsplash, and solve the problem with the dishwasher.

While hiring a designer can be beneficial in most cases, Neiges says that it is not necessary if a potential client has no problems with the configuration of their space, but wants a fresh look. “I think if someone just wants to update the existing space, and the person is confident in making the decisions of the color they want, I don’t really think need a professional for that.” 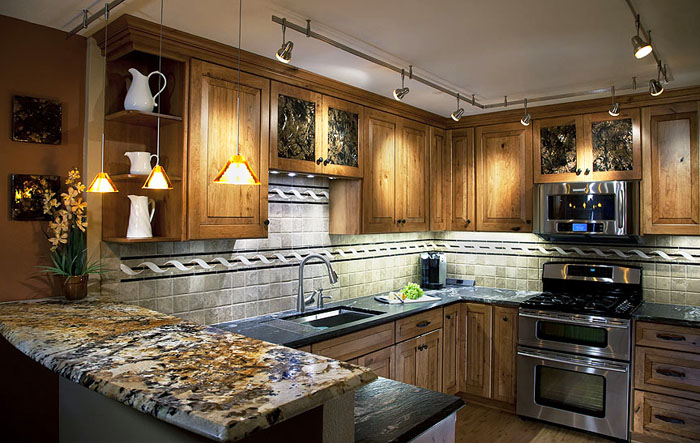 After deciding to use a designer’s help, you must choose which designer you would like to work with, which can be a difficult process, given the number of options available.

The first thing to consider is the level of involvement you would like your designer to have in the project. Some designers offer design-only services, meaning they will draw up the plans for the project, which clients can then take to different contractors to get estimates. Other designers will also handle certain purchases, like custom cabinets, as well as provide access to allied professionals such as contractors, builders and architects. Still other designers will organize the project from beginning to end, drawing up designs, purchasing materials and hiring professionals.

It’s also important to look for a designer who is certified by the National Kitchen and Bath Association (NKBA). These designers have demonstrated that they know the established guidelines to make a home as safe and ergonomic as possible. Designers must also have seven years of experience in the industry to become certified, which ensures that they are extremely qualified and knowledgeable about their chosen space.

Finally, you should seek recommendations from friends who have had good experiences with designers, and view a designer’s portfolio before you make a decision. But keep in mind that just because a designer did a phenomenal job on a friend’s kitchen, doesn’t mean that they will be the right designer for you. The most important part of choosing a designer is finding someone you trust.

Ultimately, it's up to you to decide whether or not you want to work with a designer, but it is important to make an informed decision. At the very least, it may be beneficial to consult with a designer before you begin your project. Redesigning a kitchen or bathroom can be a big investment, and you want to be happy with the result.

Categories: To The Trade