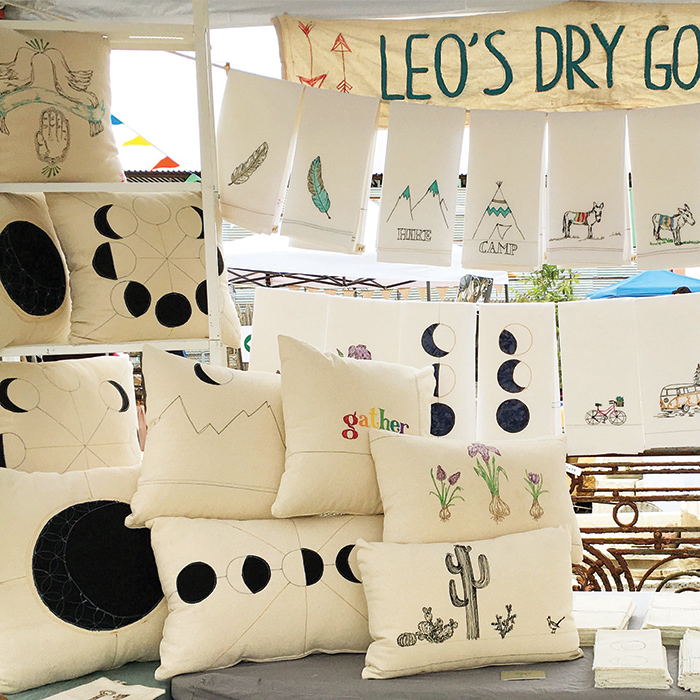 “I draw with my sewing machine,” says Boulder artist Shari Moraga, whose unique style and medium—free-motion embroidery—evolved over time. Moraga, a sweet Jersey girl with a hippie heart, uses the power and speed of her sewing machine to create images of almost anything—mountains, radishes, farm animals— with stunning attention to detail and craftsmanship. She describes her joyful aesthetic as modern with a nod to vintage.

Part of that nod is her company moniker: Leo’s Dry Goods. Her grandfather Leo Kornfeld emigrated from Prague in the early 20th century, eventually landing in Newark, New Jersey, where in 1930 he opened his eponymous store, selling fine, utilitarian goods such as sheets, towels and undergarments, all made from natural fabrics. 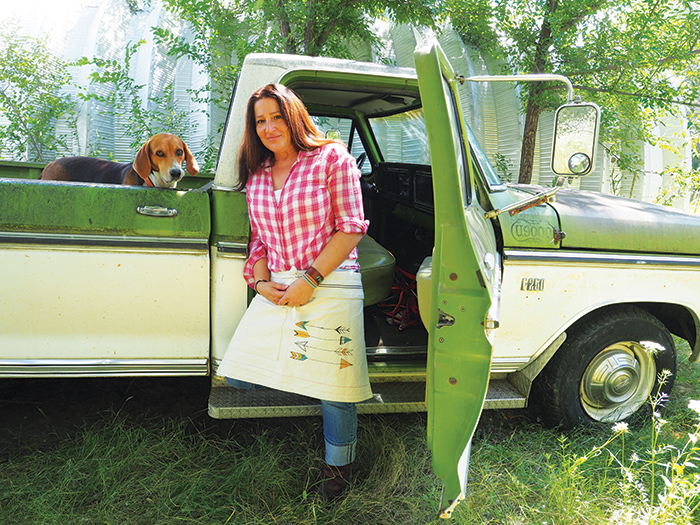 “Some Saturdays I would go down and sit on a big, worn wooden stool and help out,” says Moraga of her time at the store. “Once in a while, a customer would give me a quarter.” Grandmother Lilly, Leo’s wife, was the one who taught her young granddaughter to sew. 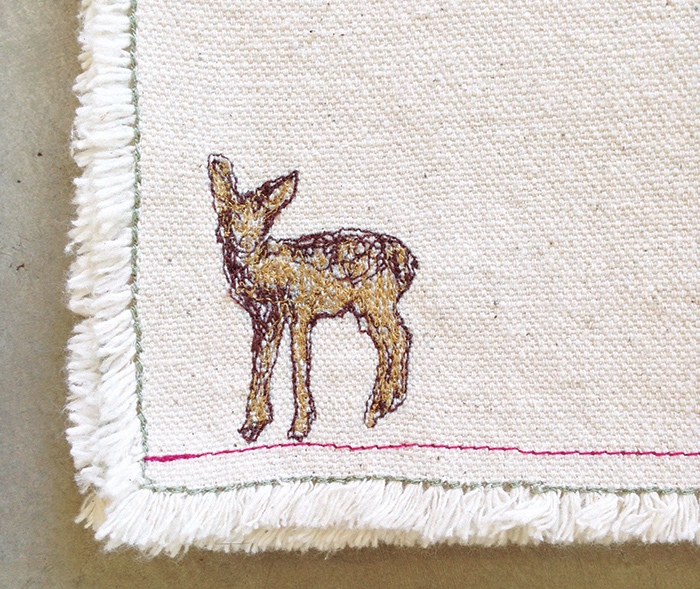 Eventually Moraga left Jersey for Boston’s Massachusetts College of Art and Design to study decorative painting and fibers. After graduation she spent eight years creating a successful decorative painting business in New York City, until one day the open sky beckoned. “When I imagined that the fountain at Lincoln Center was a creek, I knew it was time to head west,” says Moraga, who packed up her Isuzu Trooper and drove her worldly goods to Boulder. 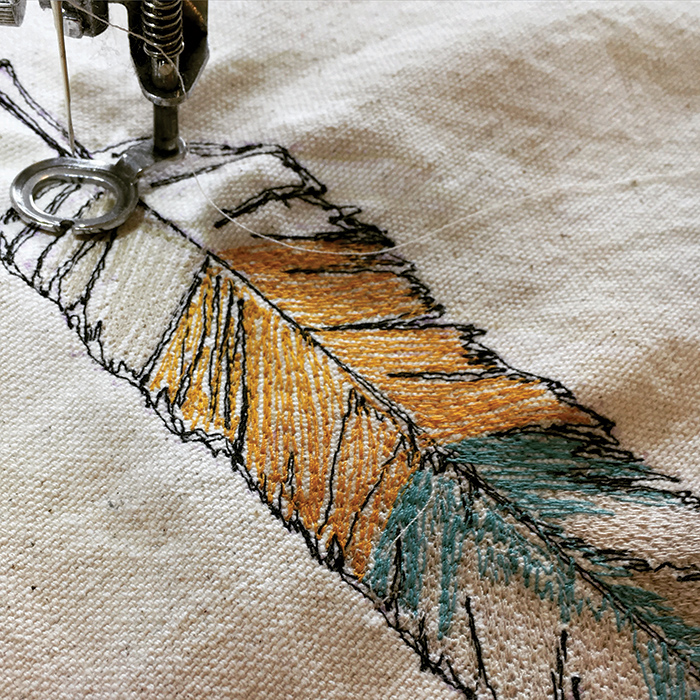 Now married and a mom (she and husband Ridrigo have a son, Joaquin, 10), Moraga lives in an art-filled North Boulder home with chickens, ducks and dogs. It was here in Colorado that she began her experiment in thread, “painting” with a sewing machine instead of brushes and making gifts for friends.

“Then a teacher at my son’s school suggested I apply to Firefly Handmade,” she says, referring to the premier Boulder crafts show, “so I did and was accepted.” 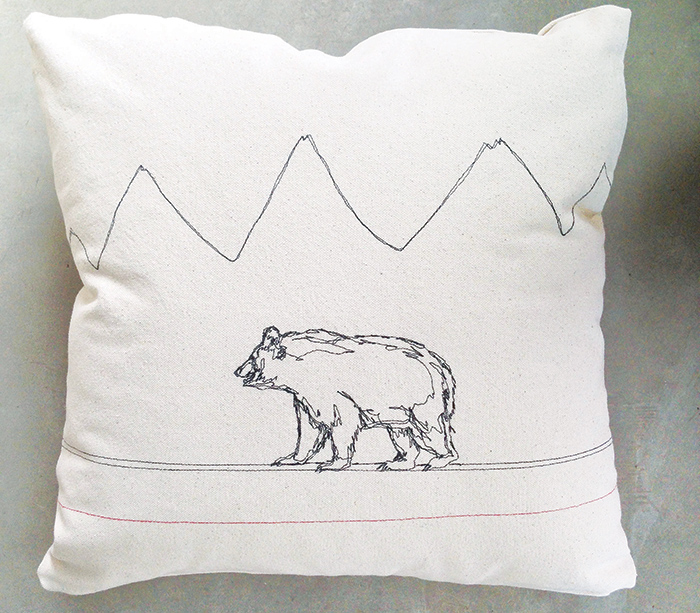 Thus, in 2014, 84 years after its namesake, the second Leo’s DryGoods was born. Moraga sells home linens and bags made from natural, American-sourced fabrics. All orders are custom made. “My style evokes a simple, look, as well as being utilitarian,” Moraga says, sitting at her sewing machine, a rainbow of thread spools on the wall behind her.

Two years later, business is thriving. Leo’s Dry Goods products can be found at Firefly Handmade, Horseshoe Market, local boutiques like River North Workshop, Eleanor in Louisville and a handful of small-batch specialty shops in the United States. It’s a long way from Leo Kornfeld’s old neighborhood, but in spirit, heart and quality, the family commerce lives on. 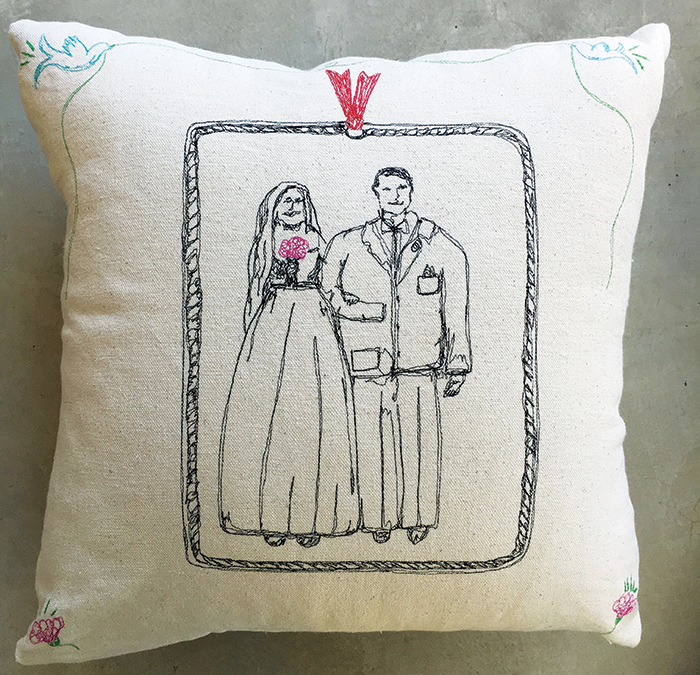 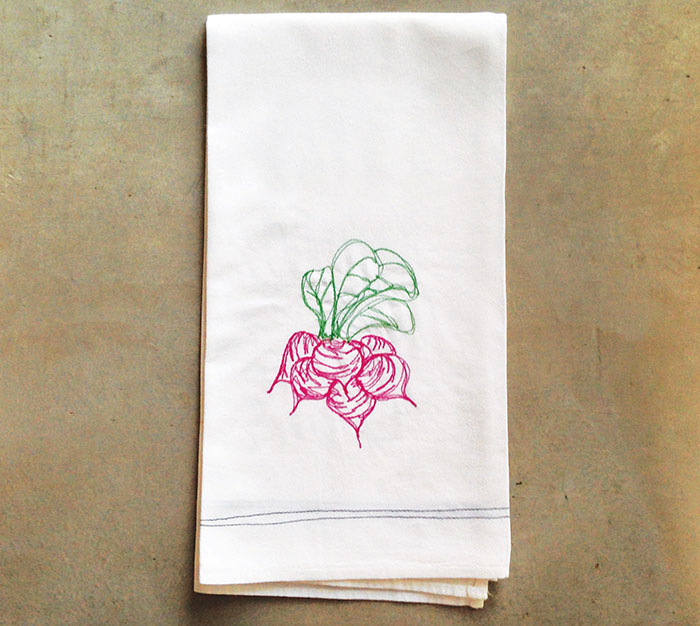 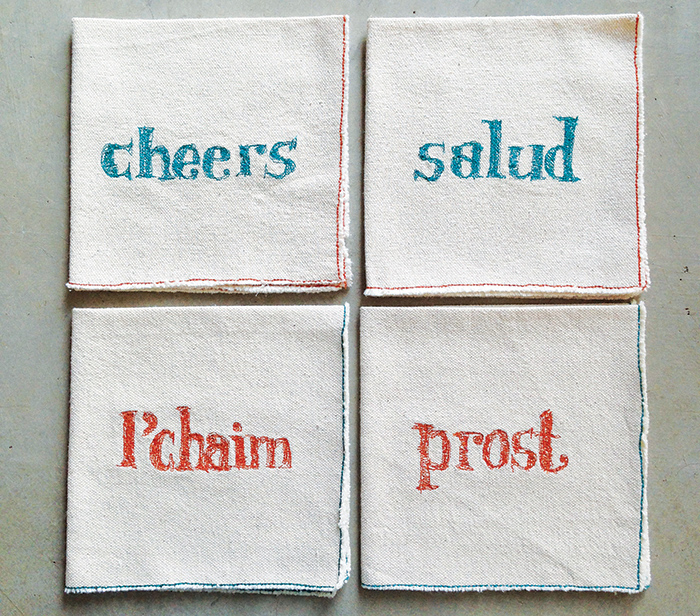 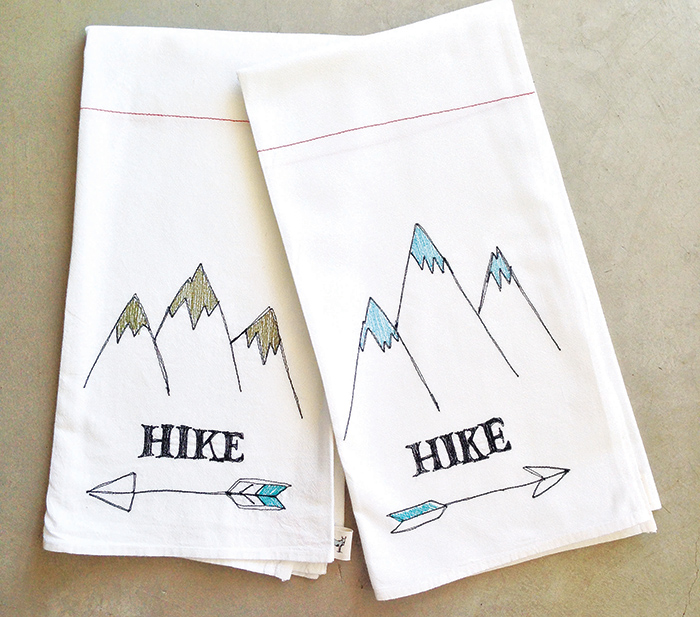 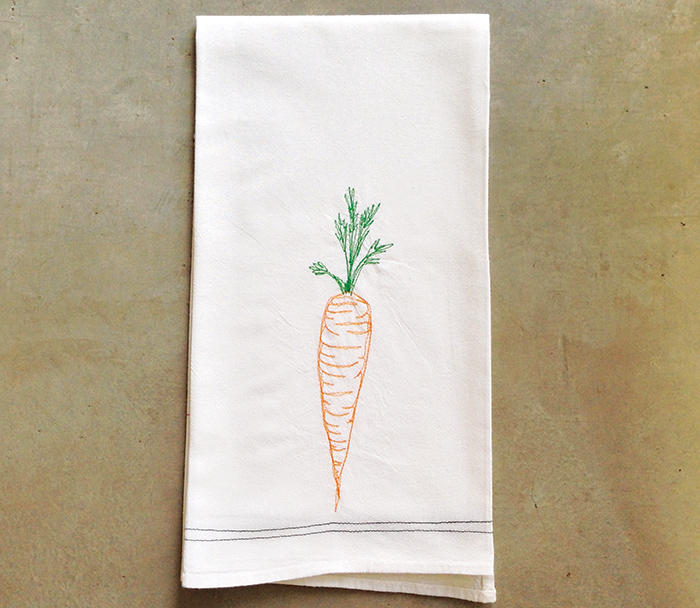