​“Painting, to me, is something visceral,” says artist Ben Strawn. “It’s an interactive journey, not the mere execution of an idea.” That’s because Strawn, now 55 and a Coloradan since he was in third grade, is a devotee of nonobjective, nonrepresentational painting. His works, with few exceptions, don’t feature recognizable people, places or things—just colors, lines, patterns and shapes. 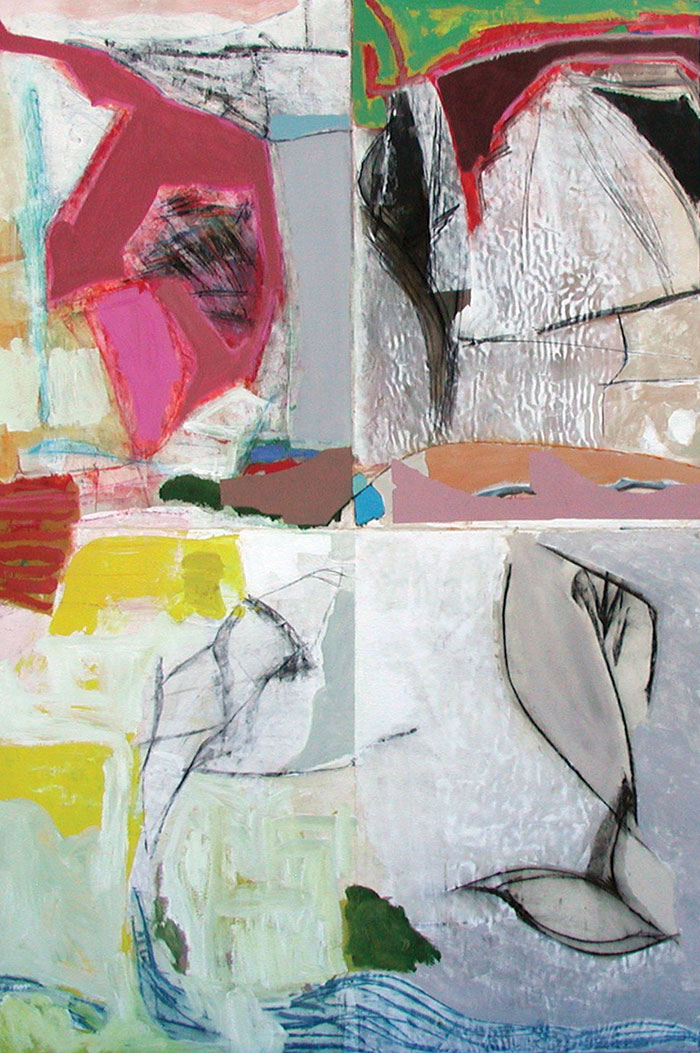 Over several prolific decades, Strawn has created hundreds of intensely vibrant pieces, all recogniz­ably his yet always substantially different. He often uses a sprawling, 4- to 6-foot expanse of canvas or wood panel as a substrate, employing a wide range of mediums, including acrylic and oil paint, pastels, charcoal, graphite and ink. He typically begins with a blank, gesso-covered surface—“the virgin space,” he calls it. “Once you desecrate that, you are screwed. You have to struggle your way to beauty.” 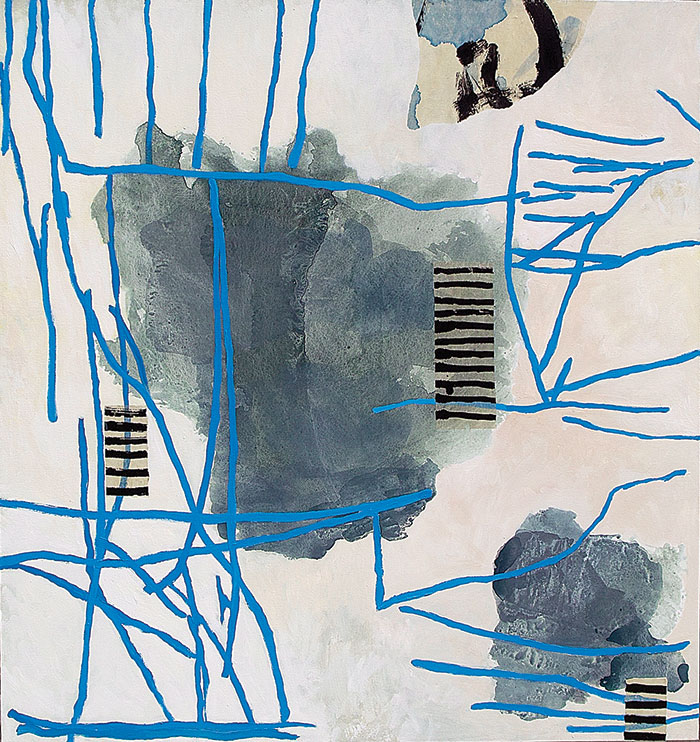 He draws some lines initially, which he says “gets the conversation going.” The physicality escalates as he starts to apply paint with brushes, rollers, sticks, squeegees, even rags. On many works, he adds torn bits of rice paper as collage elements. “It’s something felt, a flowing movement that comes through the body onto the canvas,” he says. “You put something down, and it says something back.”

Since 2003, Strawn has been represented by Walker Fine Art in Denver. (He’s part of a newly opened group show there; see walkerfineart.com for details.) While the gallery’s website has a substantial photographic sampling of his works, pictures can’t do full justice to their variegated surfaces, or to the visual impact of their sheer size. And although gallery owner Bobbi Walker serves as a passionate, informed and effective advocate of Strawn’s work (saying he’s been “key to the gallery’s success”), Strawn himself can turn bashful when it comes to chatting up potential patrons at show openings. “Those events are usually a couple hours of awkward,” he says with a good-natured laugh. “I’m not much of a schmoozer. I can’t remember names. And I hate traffic. Driving into Denver is like a nightmare to me.”

“It’s something felt, a flowing movement that comes through the body onto the canvas. You put something down, and it says something back.” — Ben Strawn 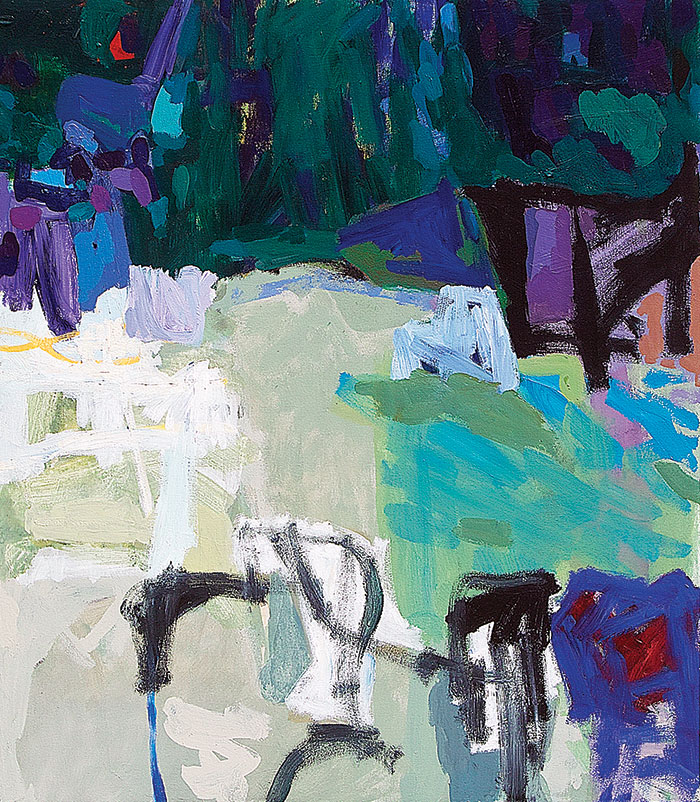 Strawn in fact grew up mainly in Denver’s Cherry Hills Village, the fourth of seven kids born to an adventurous pair of artist-educator parents. (They dragged the whole clan to Europe for a year of art-history immersion when Strawn was 5.) But not long after getting a BFA at the University of Denver, where his father chaired the art department for 16 years, Strawn quit the city for the quieter environs of Salida, his home for the past 25 years. His folks, now retired and in their mid-80s, live there too. The town’s name is a Spanish word that can mean departure, exit or way out—and for Strawn, it’s been all those things: a soul-soothing retreat with a beautiful, compact historic district and awe-inspiring views of the Rocky Mountains’ nearby Sawatch Range.

The trail-laden landscapes there serve as Strawn’s constant inspiration, especially during frequent walks along the Arkansas River, where he can commune with nature and enter a meditative state. “The other day,” he recalls, “I took a picture of a rosebush sprout poking up through the dried grass. Just a little thing, but glowing with incredible, rich red fall colors. Everything in nature has a distinct frequency, which radiates out into creation. There’s some kind of resonance there.”