No matter where in the world he’s working, renowned Denver architect Curtis Fentress says the key to successful design is keeping it local

If you’ve ever dropped your suitcase to marvel at the stunning snow-white peaked roofline or gawk at the billowing, tent-like interior of the Denver International Airport, then you’ve had a glimpse of what goes on inside the wonderfully imaginative mind of architect Curtis Fentress. 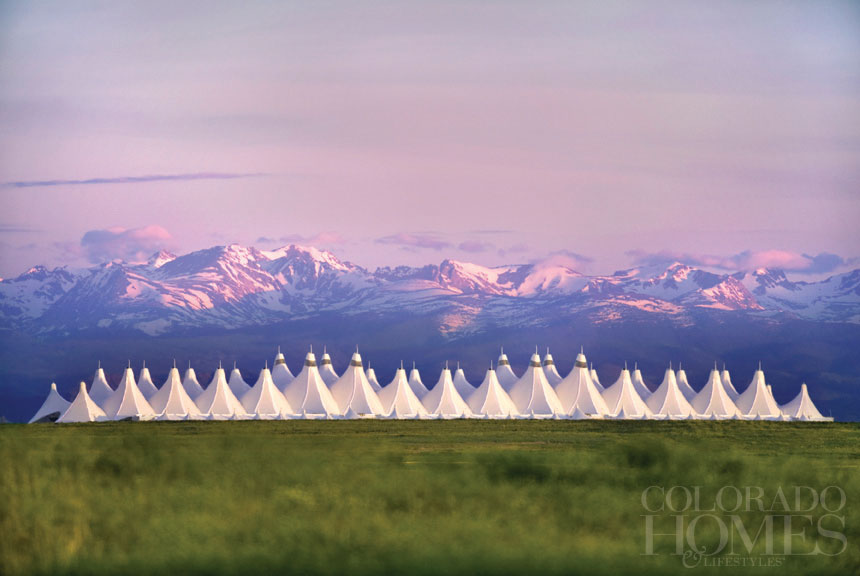 The Fentress-designed Denver International Airport was the largest in the world when it opened in 1995. photo by Ellen Jaskol

Born and raised on a tobacco farm in Greensboro, N.C., Fentress earned his architecture degree from North Carolina State University and then headed to New York, landing in the office of celebrated modern architect I.M. Pei. His next job, with New York-based Kohn Pedersen Fox, brought him to Denver to work on the Amoco Building, where he decided to stay and open his own firm in 1980.

Many architects are known for a signature style, but not Fentress. “If you get a Frank Gehry, you get a crumpled piece of paper, wherever it is. If you get a Richard Meier, you get a white box. There’s certainly art in that, but for me, the art in architecture is about relating to the place and to the culture,” Fentress says.

Fentress created DIA’s now-iconic fabric-roofed terminal to mirror the snowy Rockies nearby. And he just completed work on an update to Los Angeles International Airport, with a modern terminal that features an undulating roof intended to evoke the waves rolling in from the Pacific. 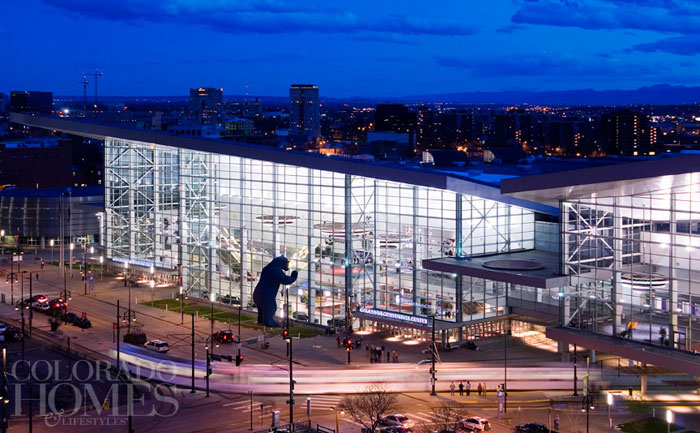 As president of Fentress Architects in Denver (as well as international satellite offices), Fentress has had the opportunity to design public and commercial spaces all over the world—including museums, office buildings, courthouses and convention centers. Along the way, he has become an acknowledged expert on airports, designing terminals and towers from San Jose to South Korea.

Fentress finds airports especially symbolic—they are often the first and last structures that many visitors see, and therefore they help shape visitors’ perceptions of the cities themselves. “Each building, we think, should add to the sense of place of the area in which we’re working,” Fentress says.

“We call our design process the ‘patient search.’ It’s a little bit like sociology. You visit the place and you try to blend in with the population. For LAX, we conducted four or five focus groups around the city, asking participants what they thought Los Angeles was and what they wanted their airport to be. We studied the history of the city through books and photographs, and we visited museums.” 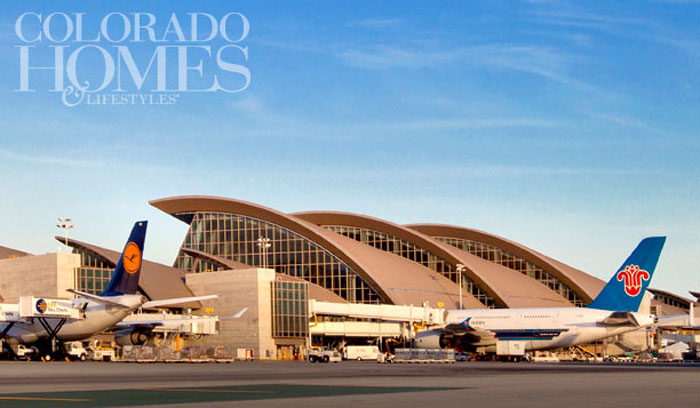 Frentress' renovation of LAX features a wave-like roofline and views of the Santa Monica mountains. photo by Jason A. Knowles

The resulting wave-like roof soars 130 feet high, blocking the hot sunlight from the south and west but keeping views to the north and east open, allowing travelers to see the Santa Monica Mountains. “Particularly with large buildings, there’s a chance for the buildings’ design to do something that’s going to amplify their location and make it more unique, but it takes time and patience to come up with the right ideas to make that happen,” Fentress observes.

Fentress’ terminal design for Denver International Airport in 1995 was the launch-pad for his work on airports worldwide. His firm now handles 20 to 25 airport projects at any given time, in various stages of completion. He’s also working to inspire the next generation of architects through the Fentress Global Challenge, an international competition intended to get architecture students thinking about the future of public design.

That forward-thinking inclination, along with a focus on the needs and attributes of the location, are at the heart of Fentress’ work. “Each project presents a question, such as, ‘What function does the building have to serve? What do you want people to experience?’” he says. “For me, it’s less about applying your own style to the solution. You need to design the answer that’s most appropriate for the place.” Fentress Architects, fentressarchitects.com

FOOTNOTES
Which architect’s work do you admire?
The architect who has probably given me the most inspiration is Eero Saarinen. All of his work was very different, tailored to each building’s location and usage.

What inspires you on a daily basis?
I go to a lot of art museums and galleries. I love photography and I love collecting books, especially books on architecture. But mostly, I look for the place to give me inspiration.

What style is your home?
My home is very modern and minimalist.

Which of your possessions is emblematic of your personal style?
My green glasses.

What do you like to indulge in?
I love great wines and great movies.

Form vs. function: Go.
You have to balance, but sometimes one or the other is more important. Take the Colorado Convention Center: The form of the building is really important. It’s a 1,000-foot-long line at an angle with lots of glass. When the lights are on, you know that there’s something going on there. Set against all of the tall buildings in downtown Denver, it changes the skyline. Inside, of course, it’s all about function.

This article appears in the January-February 2014 issue of Colorado Homes and Lifestyles.
Categories: Stylemakers