Take one architect husband, add one interior designer wife, give them free rein to create their own home, and you’ve got a recipe for true design success

When architect Richard Mullen and his interior designer wife Barbara, principles of Caroline-Edwards Interior Design in Aspen, decided to build a home on property they’d owned for five years, they discovered a level of personal and professional joy they’d not experienced before. “We love working with our clients,” says Barbara, ”but to do a project for ourselves was the best. We had a great time making decisions together, selecting pieces, fulfilling our wish lists.” 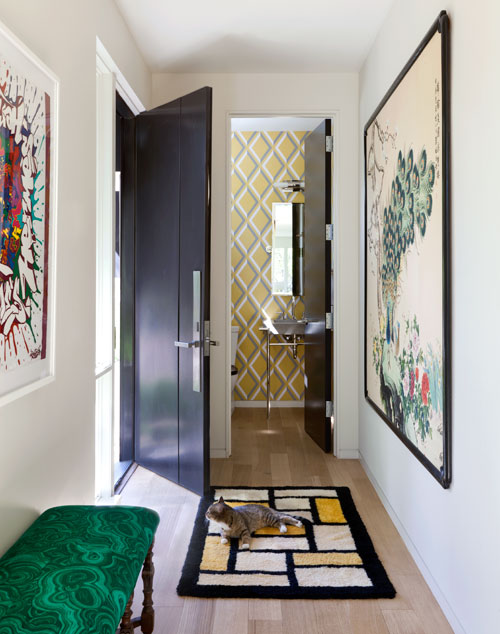 Though the architecture of the house went through many permutations before its current incarnation, the Mullens knew it was worth the process to arrive at just the right orientation for the narrow lot. “The home is two boxes—one is the garage, and the other is the living quarters, joined together by a mudroom,” explains Barbara. The goal was to maximize the square footage because the family of three entertains often and wanted the main level to flow from living room to dining room, through to the kitchen and outdoors. 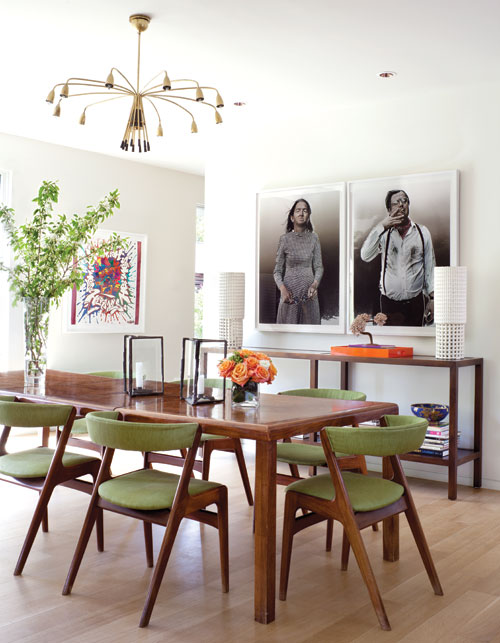 High on the must-have list was a great kitchen, where Richard is the chef. “I wanted to be able to prepare a meal while being part of the party,” he says, adding that although the kitchen is a stunning example of clean lines and minimalism, it was designed to be used, not to be a showpiece. The counters are Calcutta Gold marble and show the patina of five years of daily use. “We are not perfectionists,” explains Barbara. The star of this space is Richard’s Wolf range. “Once you cook on one of these,” he says, “you’ll never want to cook on anything else.” 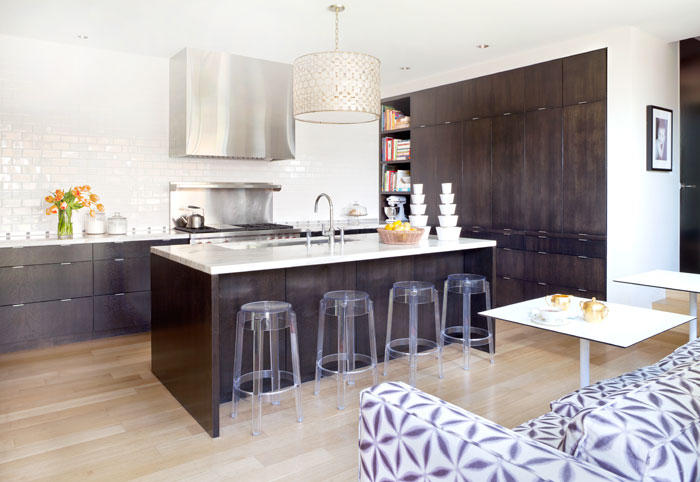 One of Barbara’s great contributions—after living with the kitchen for a while—was to add a ten-foot sofa against a wall of windows that face the island. It makes for a great quiet corner or a gathering place for guests who want to sit and chat. 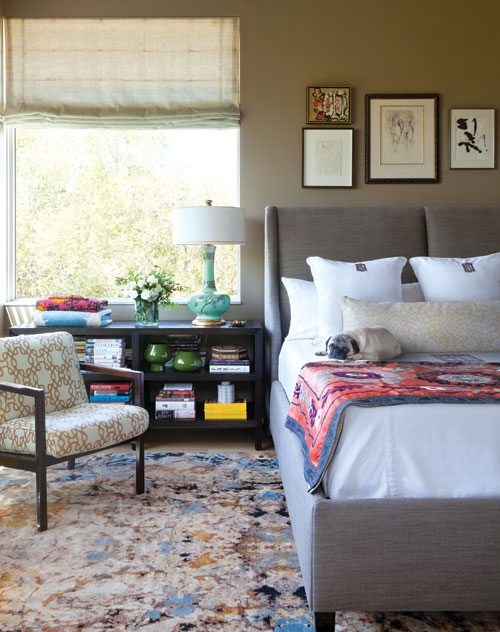 White walls predominate throughout the first floor, but the home is anything but colorless. Barbara loves mixing up bright colors, nowhere more obviously than in the living room, where orange, chartreuse, yellow, blue and green all play well together. “I can’t exactly say how I knew they all went together,” she says. “It was more trial and error.”

In lieu of elaborate architectural details, the Mullens opted for judiciously placed decorative touches. The stair railing near the dining room is one such example, as is the yellow trellis wallpaper in the guest bathroom. “We added these in places where they would surprise and delight,” says Barbara. 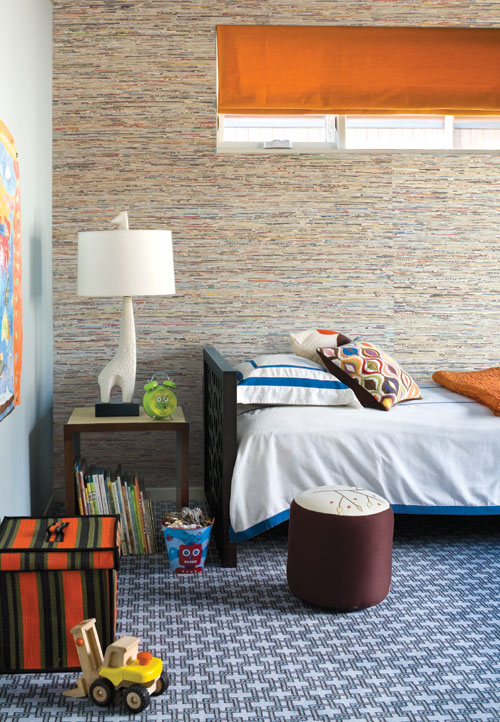 As projects go, this was a dream, created by a dream team of two who just happened to be their own dream clients. Or, as Barbara simply concludes, “We did it right. We got exactly what we wanted.” 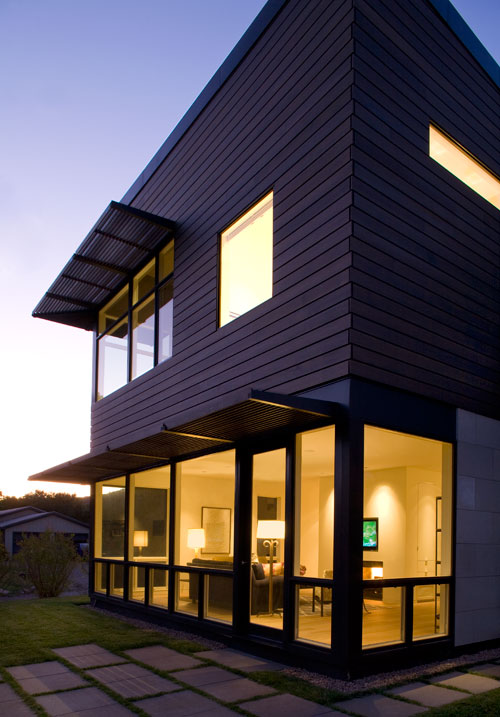 This article appears in the September-October 2014 issue of Colorado Homes and Lifestyles.
Categories: Interiors, Landscaping & Gardening