Out of the Ashes: David Rasmussen

Five years after a devastating studio fire, Rasmussen’s custom woodworking and furniture design business is sturdier than ever 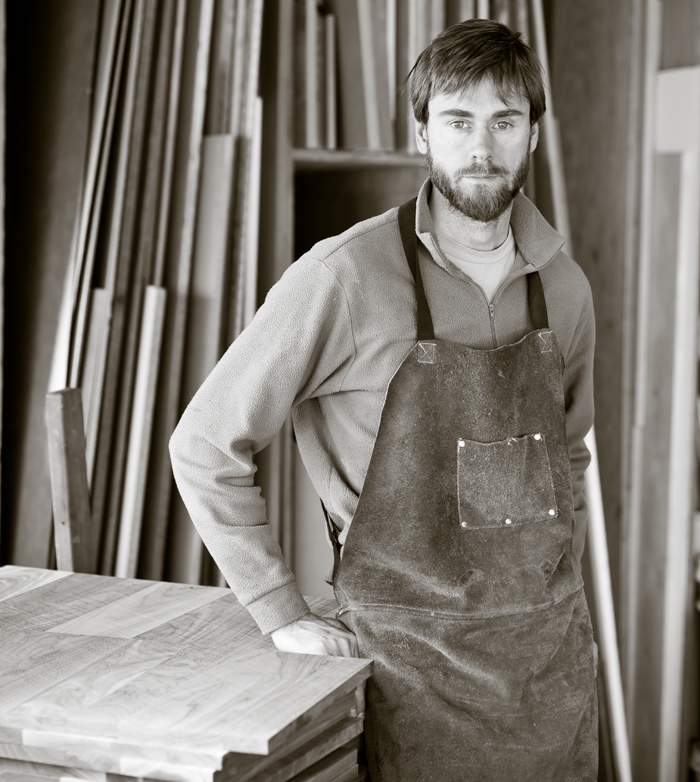 David Rasmussen is no stranger to starting over. After earning a degree in agroecology at Green Mountain College in Vermont, he decided to follow a career path that suited his interests in art and design rather than his formal education. He moved back to his birth state of Colorado, started working in architecture, and in 2007, opened a custom furniture shop in Carbondale. Three years later, it burned to the ground in the middle of the night. Rasmussen lost everything: his work space (“I think there was one corner of one wall that was still standing”), his tools (many that he had refurbished), his work (three or four client projects in various stages of completion), and things with sentimental value (including an old-world-style work bench he spent 200 hours handcrafting when he was a teenager).

Despite taking a hit to his psyche and finances, Rasmussen looked at the ruinous situation as an opportunity to rebuild and reinvent.
“I knew it was going to be hard to move forward no matter what I did, but because I was starting from scratch, I had lots of different options,” he says. “I used it as an opportunity to do something I’d wanted to do anyway, but probably wouldn’t have done for a while because it’s scary to grow your business and take risks."

A risky move it was: Rasmussen dove head first into turning a previous idea for a line of handcrafted tabletop products into a full-fledged business. Now with 10 employees and a 10,000-square-foot work space, he produces beautifully constructed plates, platters, cutting boards, and barware in the Chroma line, while continuing to create custom furniture through his woodworking division, Villarreal Rasmussen Cabinet Makers.

The Chroma line, previously called WUD, marries rich walnut grown in the Midwest with a splash of vibrant color for a clean, modern look. The pieces are both practical and ergonomic, two qualities that Rasmussen looks for in kitchenware and barware when he cooks and entertains. “I guess that’s one of the bigger inspirations in my life, creating things that I’ve found a need for,” he says. “I design most of these products because they’re something I’d love to use.”

From sketching initial designs to executing the finishing touches of sanding and shaping, Rasmussen and his team have a hand in each phase of the woodworking process—a method he describes as one part meditation and one part engineering. “I like that when I’m making something, I get to lose myself a little bit,” he says. “You let yourself go and it’s this meditation of work. The other side of it is problem solving and engineering. When you bring the two together, it encompasses a big part of creativity.” 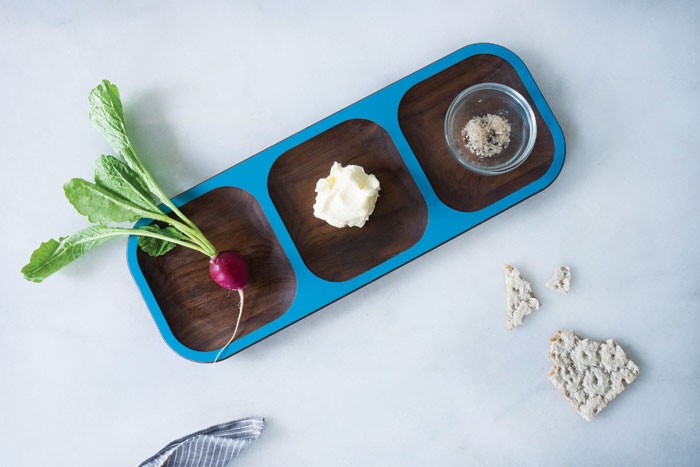 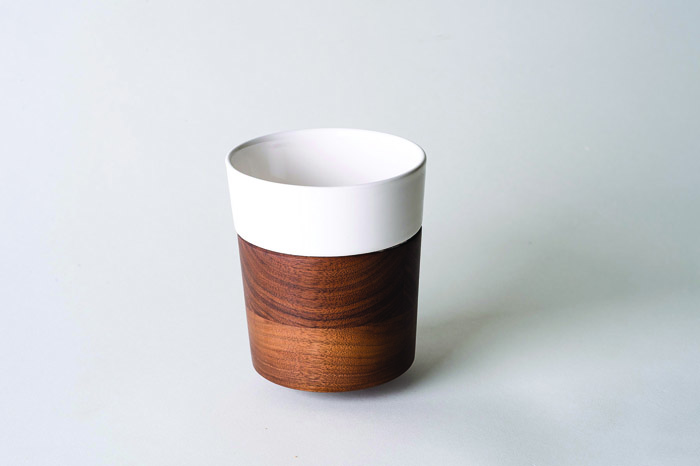 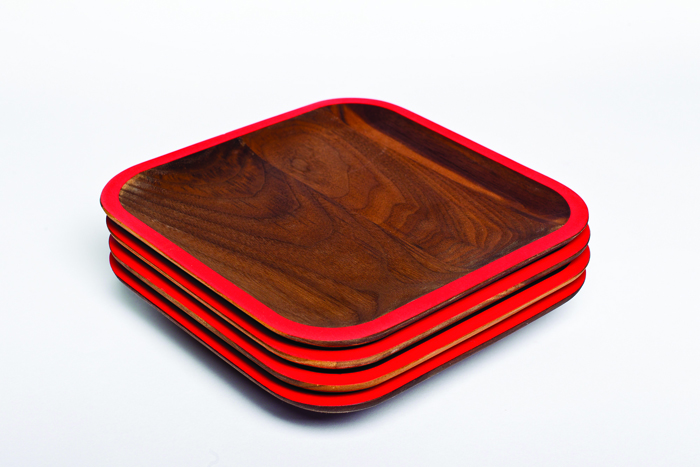 Chroma Cafe Plate in Red, $61 each 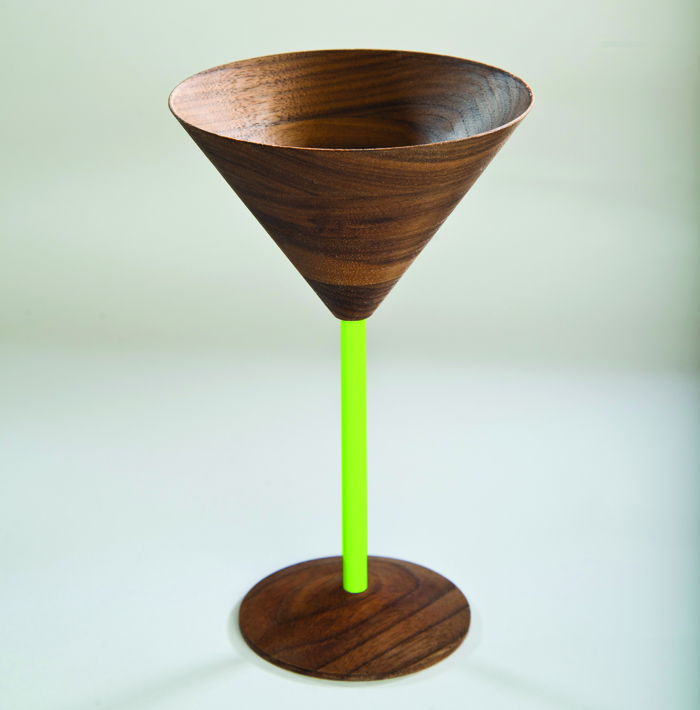 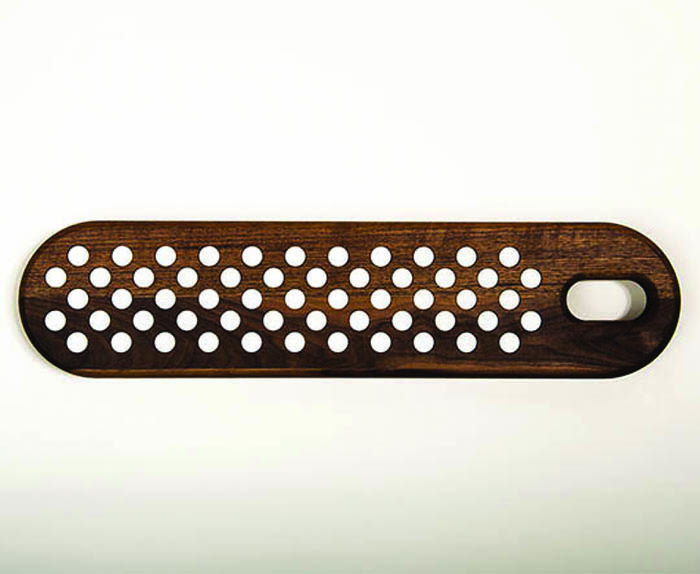 Dot Matrix Bread Board in White, $119 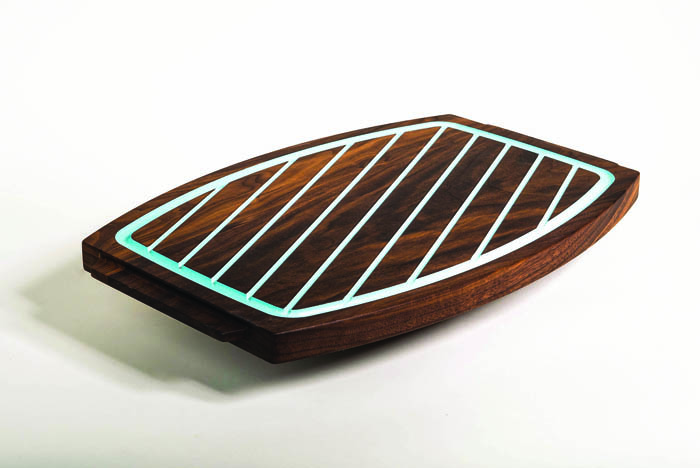 Look for Rasmussen’s designs in local shops, national stores including CB2, Anthropologie, and Uncommon Goods, and at davidrasmussendesign.com.