When it comes to long-standing relationships, we tip our hat to kitchen-design firm Kd.—our advertising partner since day one 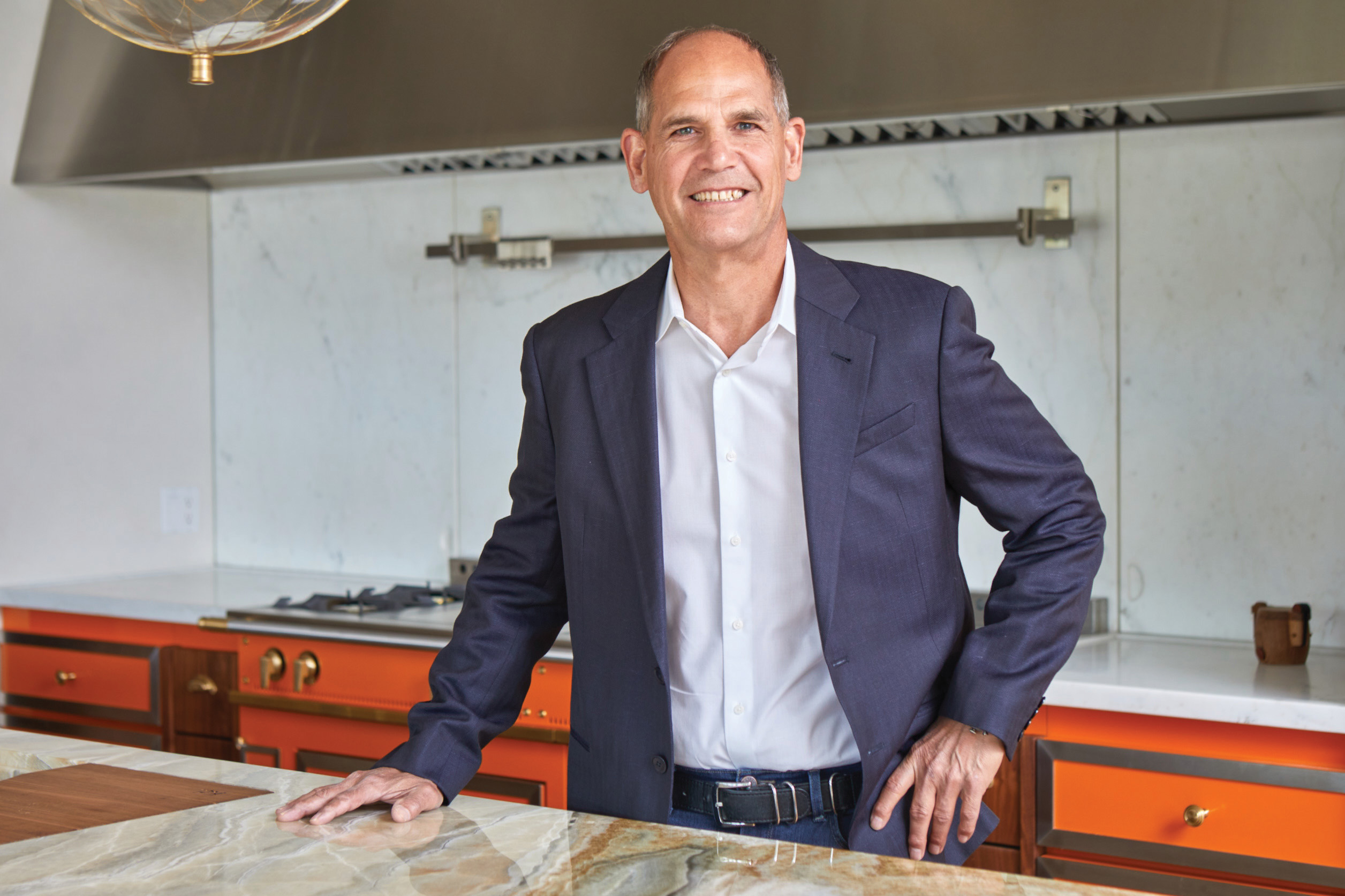 CH&L first hit newsstands in 1980. That same year, Kitchen Distributors—also known as Kd.—opened its 5,000-square-foot Littleton showroom. Looking to get the word out, Kd. partnered with CH&L, placing ads in almost every issue since. “It’s hard to believe 40 years have gone by,” says Kd. President Tom Hartman. “It’s been a great relationship that’s helped us establish our position in the market.” 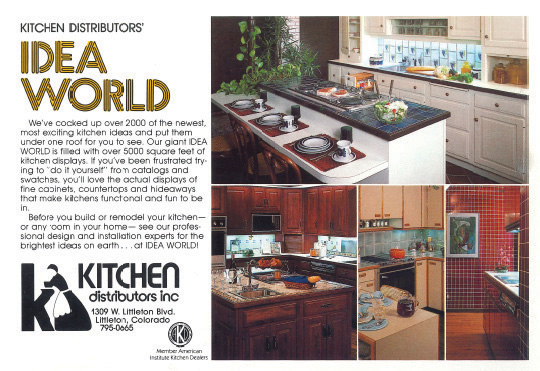 Hartman knows a thing or two about long-lasting relationships. Hartman’s father, P.G. Hartman, started Kitchen Distributors in 1953, tapping into funds from the GI Bill, plus a $250 loan from his father-in-law. From the beginning, P.G. poured himself into every business interaction, using his twin gifts of perfectionism and innovation to establish ongoing connections and repeat customers. 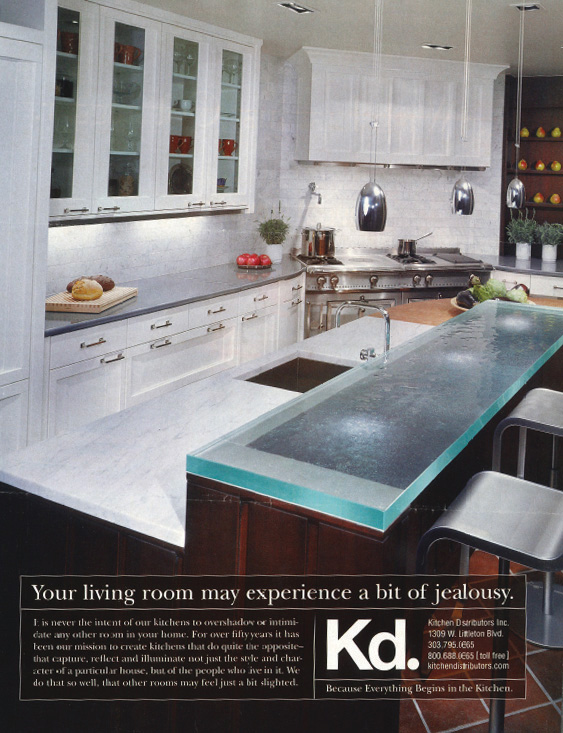 Examples abound, Hartman says. Like the time a woman in a wheelchair approached his father at a home and garden show, and he took it on as a personal challenge to create a customized, accessible kitchen for her, complete with a mechanized, rolling-track shelving system borrowed from the pharmaceutical industry. Or the binder Hartman found at a cabinet company, years after his dad’s death in 1974, filled with letters P.G. had written with suggestions of how to improve their products and their business. 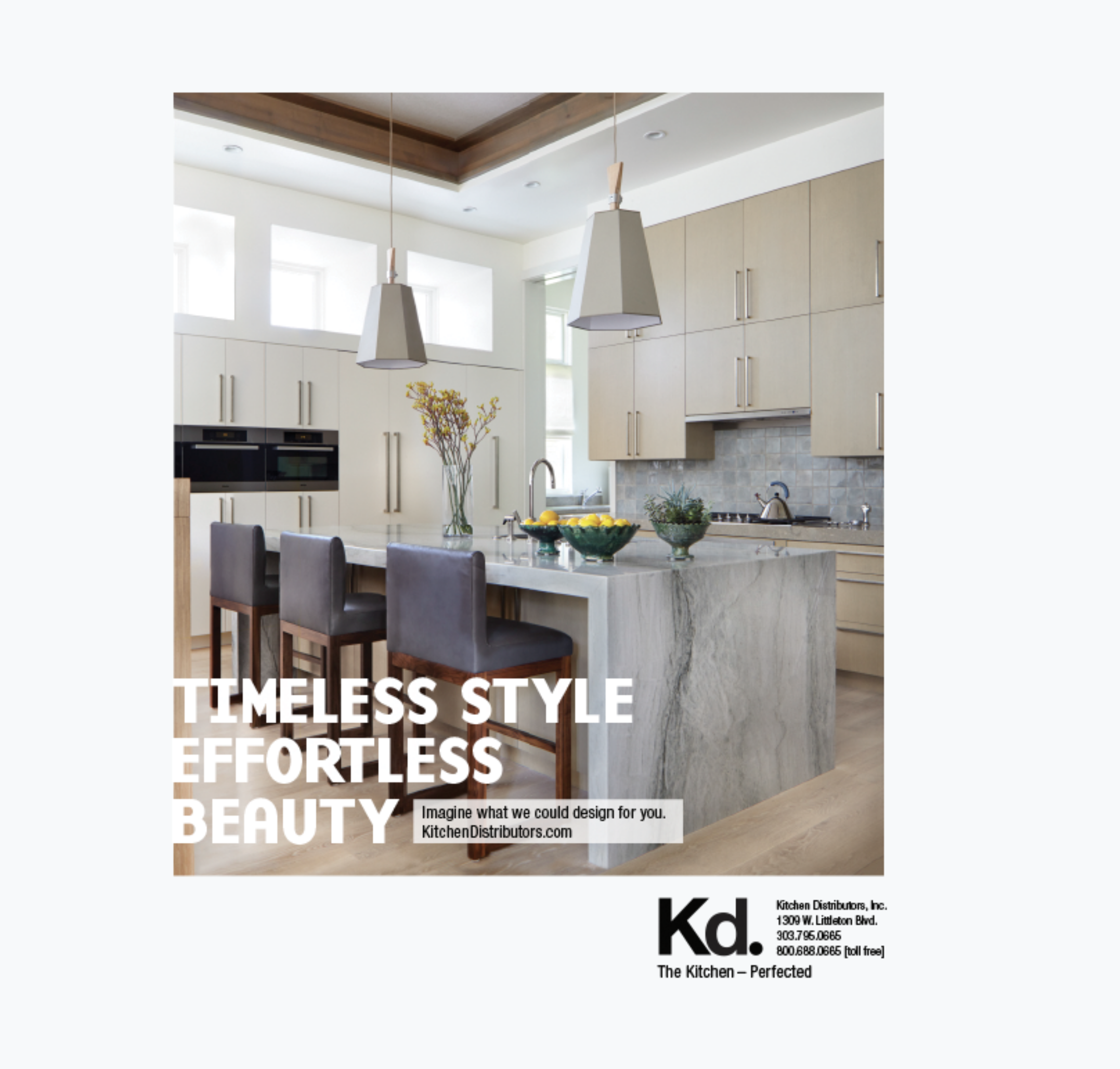 Hartman’s father invested this same energy into his upbringing. “When I was a little kid, he would bring me to work with him, and I would draw on my own little drawing board,” he says. “I would also spend time in the workshop and tag along with the installers.” So when P.G. unexpectedly passed away, 18-year-old Tom was prepared, along with his mother and one of his sisters, to keep the business humming.

And hum it does. The Littleton showroom employs four designers (including CH&L Circle of Excellence winner Elisabeth Aiello), and the business has expanded over the years to encompass a design studio in Basalt and a showroom in the Golden Triangle, featuring Bulthaup, a German cabinet line based on the Bauhaus system. 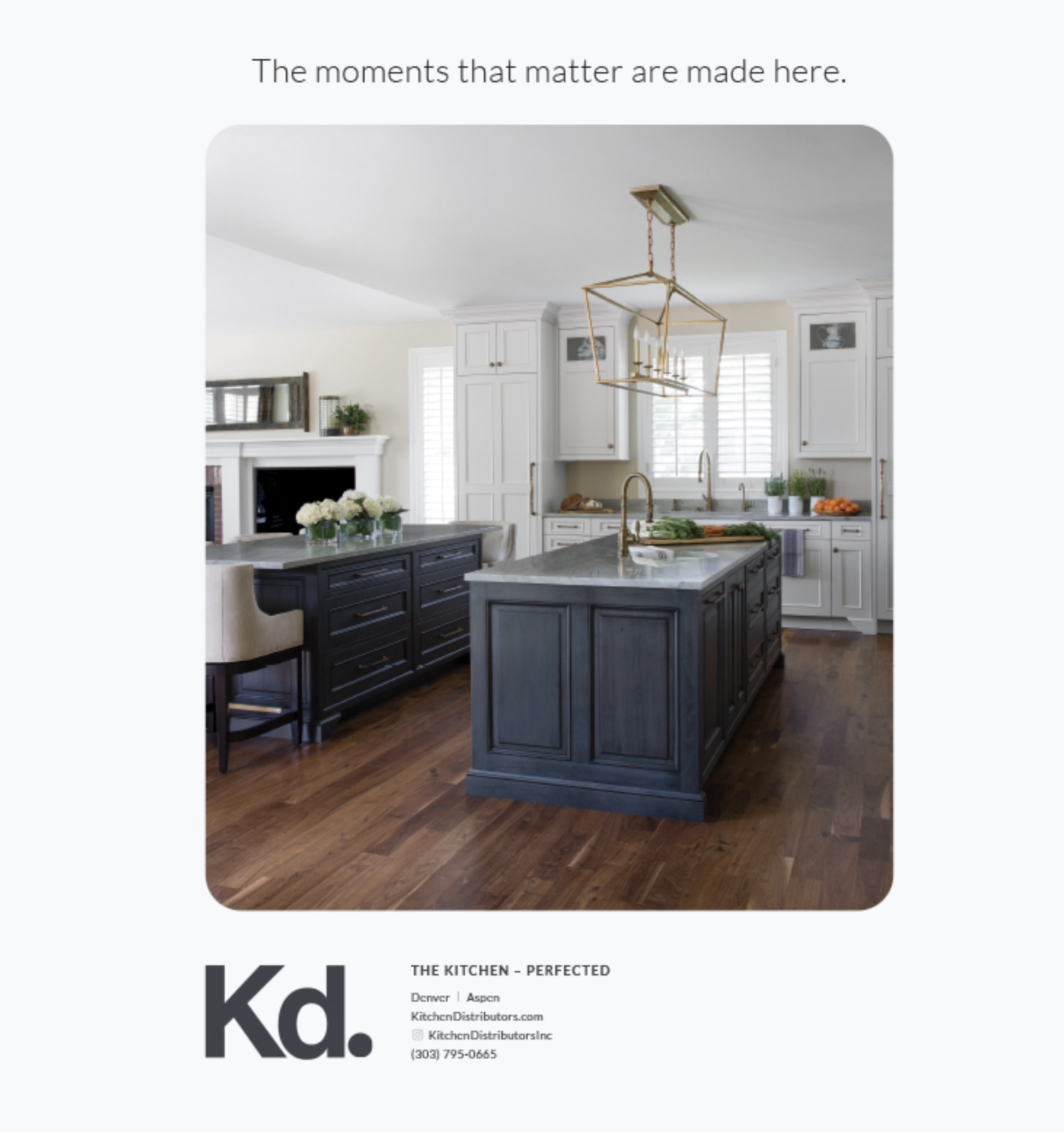 “Ultimately,” he continues, “people want the kitchen to function and be beautiful and timeless and classic. All the things going on in the world are very complicated and overwhelming, so we try to keep our overall design as long-lasting and streamlined as possible.”

As Hartman explains: “We’re about doing things right and sustaining in the community. We’re in it for the long run, obviously.”

7 Kitchens With a Pop of Color