Establishing a brand in the art space is no easy feat, but Tracy Weil has done it. Each Weil art piece has a clear Seussical tinge, sprinkled with whimsy and dotted with signature elements: bold colors and sharp lines, red-and-white-striped sequences, perky crowns, and small birds. It is playful and insightful, surreal with cartoon-like notes, fantastical without being nonsensical. “I see my style as one that draws from artists like Dr. Seuss, but also Colorado artists Susan Wick and Stan Englehart,” Weil says. One can see traces of Basquiat in his painting, although Weil’s perspective is much brighter. 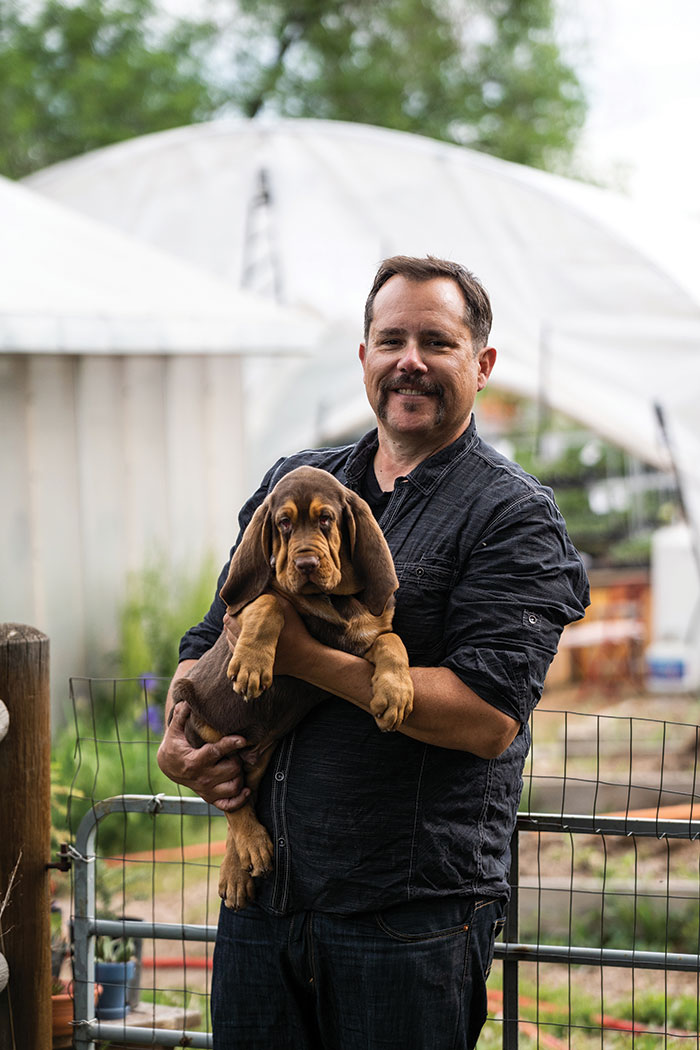 His latest work, Neighborhoods, is an expression of what he has done, where he is going and what matters to him most. An oil painting measuring 20 feet by 7 feet, the piece is filled with color and other staple Weil elements. Weil’s current artistic focus is shifting to large-scale works like Neighborhoods, and possibly murals, because they can reach more people in a more accessible and democratic way, he explains. Neighborhoods, which debuted in November, celebrates community and neighborhoods, specifically the historic neighborhoods that comprise the RiNo Art District: Five Points, Cole, Elyria-Swansea and Globeville.

“I am inspired by my physical environment, relationships with people and building community,” Weil explains, which is maybe why one cannot talk about Weil without talking about what he has built with RiNo Art, an organization he co-founded and is now the president of.

When Weil bought what would become Weilworks, there was only one other gallery space in the area now known as RiNo. Eighteen years later, his studio and gallery (also his home) is among 190 studios and more than 22 galleries. Thanks in part to Weil’s efforts, the artists in the neighborhood operate under the umbrella of the RiNo Art District, an organization that boasts a $3.6 million annual budget; hosts a major mural festival, Crush Walls; and even has its own retail store, RiNo Made, showcasing only products from local artists and makers. 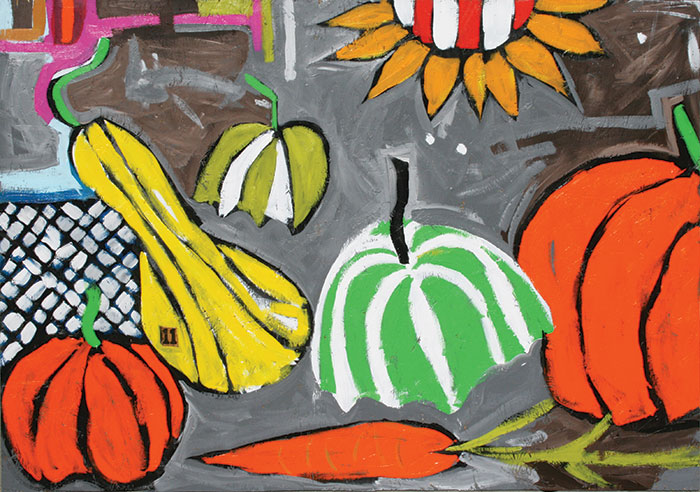 Born in Iowa, Weil moved to Colorado as a toddler and grew up in Aurora. He got a degree in English communication, with a fine-art minor, from Fort Lewis College in Durango and later a degree in multimedia/computer animation from The Art Institute of Colorado. By 1989, the year after graduating from college, he was working at City Spirit, an eclectic cafe that became a symbol of the early LoDo days.

“I am inspired by my physical environment, relationships with people and building community.” — Tracy Weil

“I missed out on an opportunity [to buy land] in LoDo, and I wanted to find a way to buy my own place,” Weil says. “I drove around with Susan Wick [a friend, artist and mentor] and wrote down addresses. I wrote people letters asking if they wanted to sell their property. And then someone said yes.”

It was a half-acre, north of downtown by the Platte River and among industrial warehouses, and Weil worked to transform it into his combination home-and-work studio, as well as a gallery. He had already been exhibiting his art for years as part of collectives, but having a home in an up-and-coming location galvanized his creativity and energized his community-building.

“My goal was by the time I was 50 to be able to support myself with my art,” he says. For years, he worked for America Online (AOL), while also working on his art. Realistic and pragmatic, Weil chose to chip away at his dream. 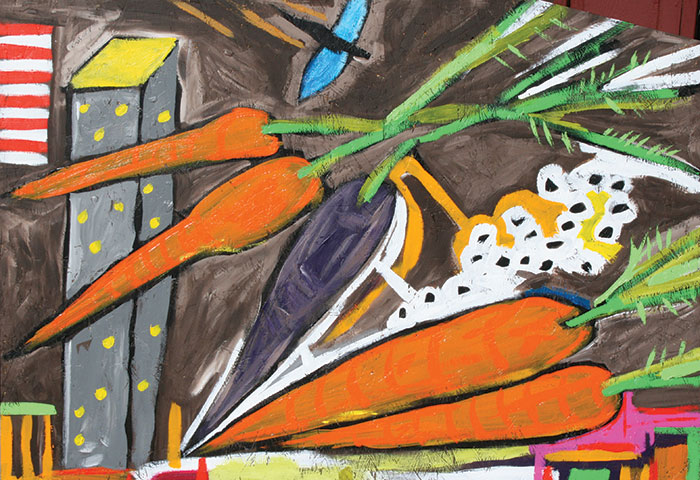 He creates artwork every day. “I often work in the mornings, on weekends and sometimes late into the night. Discipline has made me a better artist and helped me balance the work I do for the artist community by making sure I always have an outlet to express myself personally.”

Painter, sculptor, community leader, City Spirit fixture, tomato farmer—Weil has worn many hats and touched many people in the Mile High City. Below the surface of all those hats and his history in the city is an unrelenting love for community that manifests itself in the art he creates.

Find Weil’s work at his gallery, Weilworks (3611 Chestnut Place, Denver; weilworks.com), on some First Fridays and by appointment (tracy@weilworks.com). Some of his work is also available for purchase at the RiNo Made store (3501 Wazee Street). In June, he will open a show at RiNo Made, titled Produce.