Baby boomers and thirty-somethings finally have something in common—they both love mid-century modern design. “Boomers love it because of the adventurous simplicity it offers and younger buyers find it radically hip,” says Peter Blank, realtor and team member of milehimodern.com, a site dedicated to modernist history and real estate in Denver.

Mid-century modern—or, as hipsters abbreviate it, MCM—was the leading edge of residential design throughout the 1940s, 50s and 60s. Now-famous designers such as Cliff May and Joseph Eichler were creating the look in Southern California. In Denver, architect Victor Hornbein and developer Edward Hawkins were crafting regional adaptations for neighborhoods such as Arapahoe Acres, Arapahoe Hills, Lynwood, Krisana Park and Hilltop. 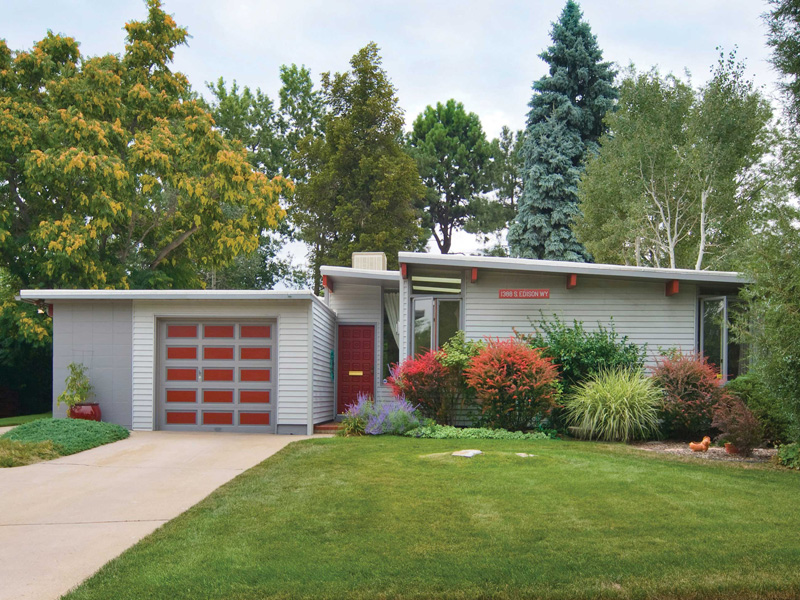 Mid-century architects used simple elements to fashion homes with both street appeal and livability.  Gently sloping roofs create cathedral-like interior spaces as well as inviting entries. Floor-to-ceiling glass walls blur the line between indoors and out, a plus for nature-loving Coloradans. Exposed post-and-beam construction provides visual liveliness. Tongue-and-groove paneling sheathes walls and ceilings while stone or that once-spiffy flooring—linoleum—crawls across floors.  Kitchens are small by today’s standards, but rooms open to each other, providing a sense of expansive space even though actual footprints might be modest.

Blank says both generations love the look, but buy these houses for different reasons. Folks in their fifties and sixties are often down-sizing. “They don’t need four bathrooms or a formal dining room anymore,” Blank says. For them, mid-century modern represents a nostalgic adventure into the sexiest era of American history: JFK and Jackie, Ford Mustangs and, well, hot architecture. Younger buyers, says Blank, are seduced by how hip and cool the style is. “Like little lofts on land,” he says, referring to the open plans and exposed structures. Many have been brought up in more traditional bungalows or bland brick ranches, and they become enamored. They also like that reusing a home built 60 years ago reduces their carbon footprint and enhances their personal commitment to sustainability.

Looking for a mid-century modern home in Denver? Start with these neighborhoods:

ARAPAHOE ACRES
The stately matron of Denver MCM, Arapahoe Acres was designed by Edward Hawkins, a protégé of Frank Lloyd Wright. These 124 homes are heavily influenced by Wright’s “Usonian” vision with flat roofs, deep overhangs, bands of windows along with natural wood, and brick and stone used both outside and in. Yards have a suburban appeal with lots of Japanese-influenced landscaping. Arapahoe Acres was the first mid-century modernist neighborhood in the nation to be listed on the National Register of Historic Places. 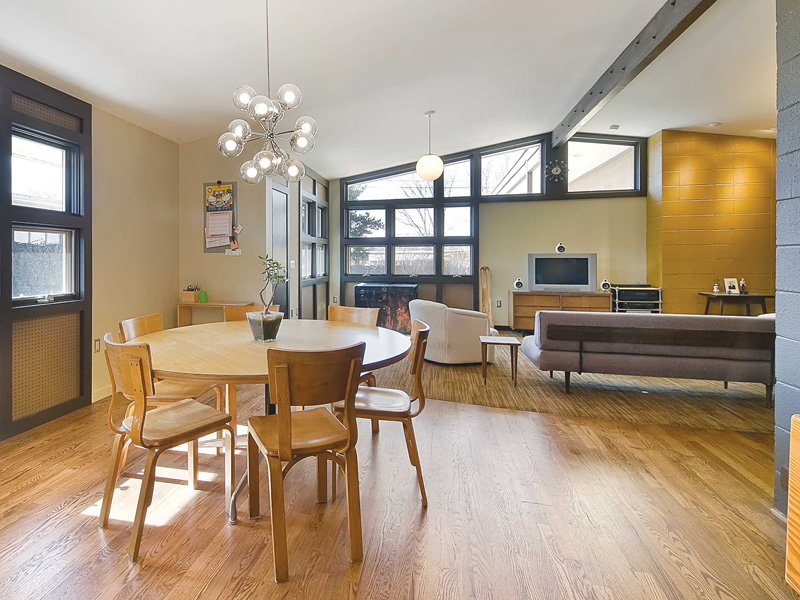 KRISANA PARK
Located across South Holly Street from Lynwood, Krisana Park has been gradually renovating itself for several years. The style is also California Contemporary, the streets are curvy, and price per square foot is rising.

LYNWOOD
You might think of these more down-market dwellings as tract-home versions of the Arapahoe neighbor-hoods, but that would undervalue the tender loving care that has been devoted to renovating and upgrading their price-sensitive materials and lively designs. The sportier styling is referred to as California Contemporary, harking back to the original design ideas. Located near South Holly Street and East Evans Avenue, Lynwood is full of color, shape and texture.

HILLTOP
One of Denver’s best-known neighborhoods and certainly one of its most exclusive, Hilltop is speckled with homes from the mid-century era. These tend to be architect-designed creations with fancier finishes, larger square footages and bigger yards—along with prices to match.

Ready to buy a MCM of your own? Click here to see what's for sale in Denver right now.

This article appears in the May 2011 issue of Colorado Homes and Lifestyles.