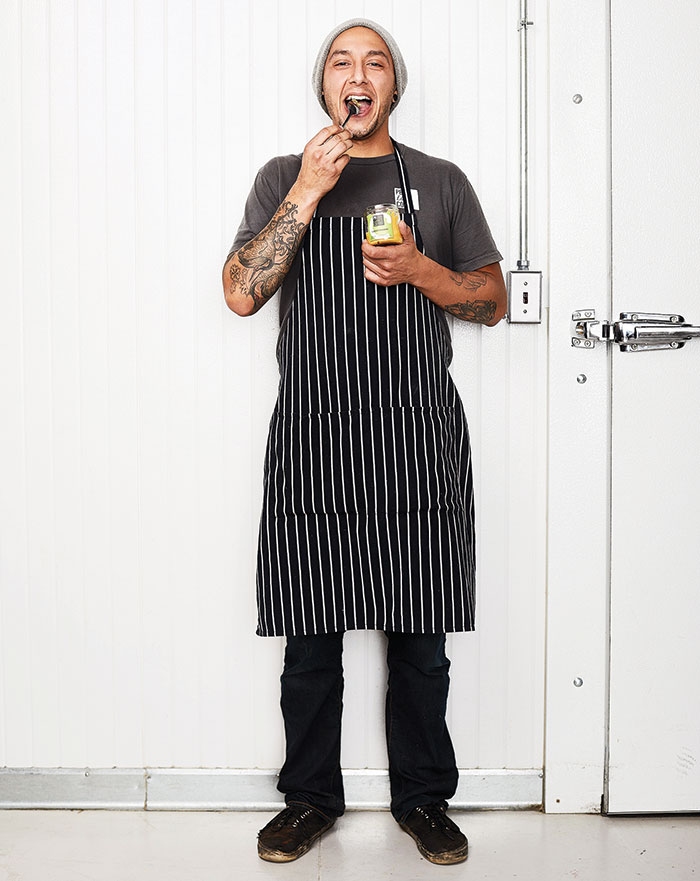 Mario Esparza, a tattooed classical-music aficionado from Texas, did not set out to be a peanut butter king. But a little over a decade ago, after losing 100 pounds, Esparza vowed never to reach for a jar of Peter Pan again. On a mission to incorporate nutrient-dense, preservative-free foods into his diet, Esparza crafted his first batch of homemade almond butter. “It was just almonds, coconut oil and sea salt,” he says, “and I couldn’t believe how delicious it was.” He made the recipe again and again, tweaking its flavor and texture until it was good enough to eat straight off the spoon.

Esparza had no intentions of selling his beloved snack, but in 2013 he decided to attend CU Boulder and needed extra cash to pay for classes. “I thought, ‘I’m going to put this stuff in a jar and see if I can sell it on the internet,’ ” he says. College didn’t stick, but the online business idea did.

Now he helms PB Love Co., his one-man nut butter company in Denver, and his original almond butter recipe has evolved into a collection of five, including Salty Peanut and Cinnamon Almond. Each spread is made with Colorado-sourced ingredients and meticulously handcrafted using a stone grinder, resulting in a not-quite-smooth, not-quite-crunchy texture Esparza calls “smunchy.” With plans to expand his online operation to brick-and-mortar shops in the coming years, Esparza’s goal remains as straightforward as his product: to create a healthy, flavorful, real-food version of a pantry classic. “I love feeding people,” he says. “That’s my message and mission, to feed people PB Love and make them happy.”