Max Humphrey and the cabin-meets-Americana aesthetic 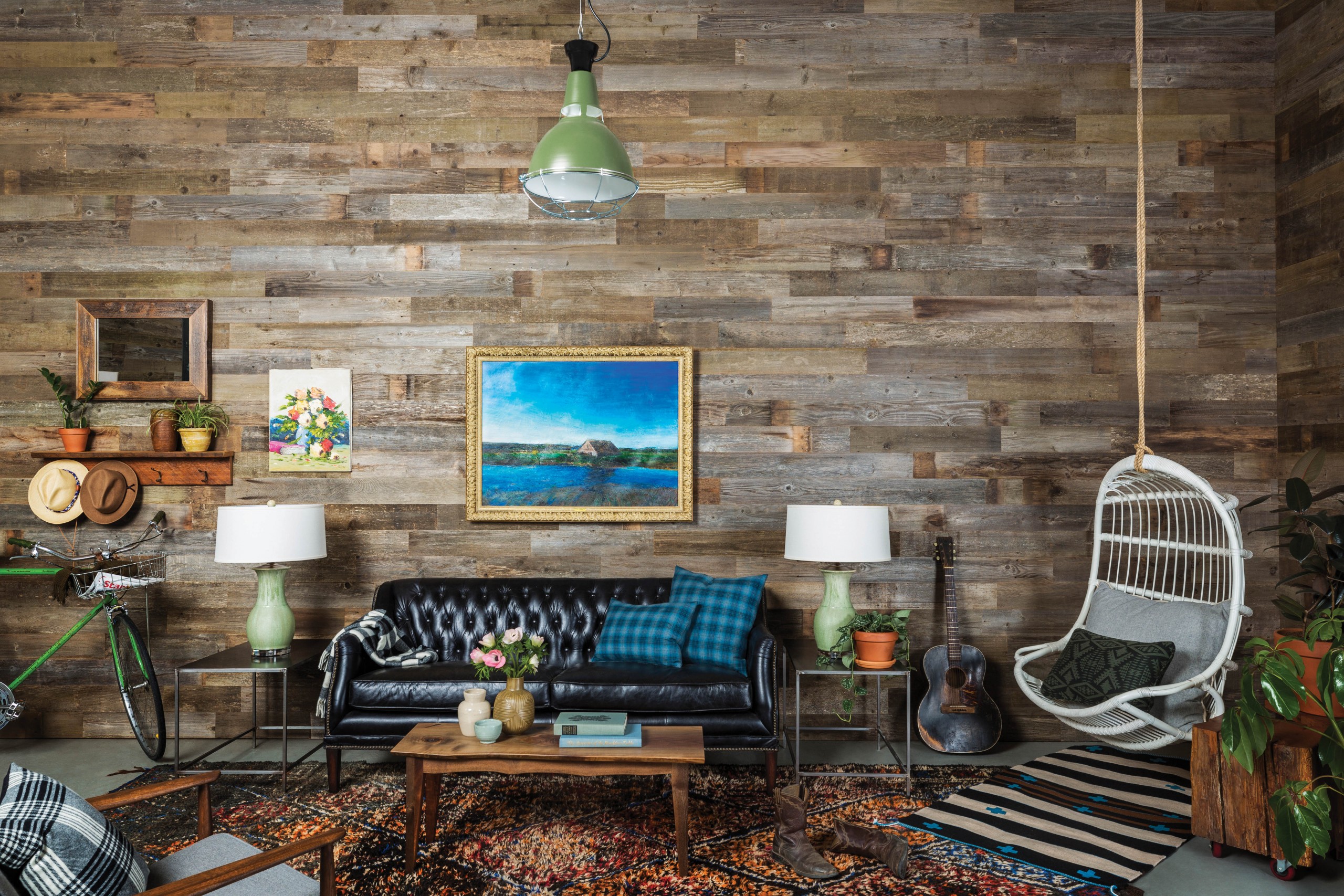 You Wood Humphrey clad the walls in reclaimed barn wood from Salvage Works in Portland. The lamps are handmade by Charlie West, a potter in northern Georgia. The leather chesterfield sofa is from Schoolhouse. | Photography by Christopher Dibble

What do you do after your punk-rock career hits the skids? If you’re anything like Max Humphrey, who put 50,000 miles on his now-defunct band’s tour van while performing in every state as part of their record deal with a major indie label, you find an equally consuming passion. 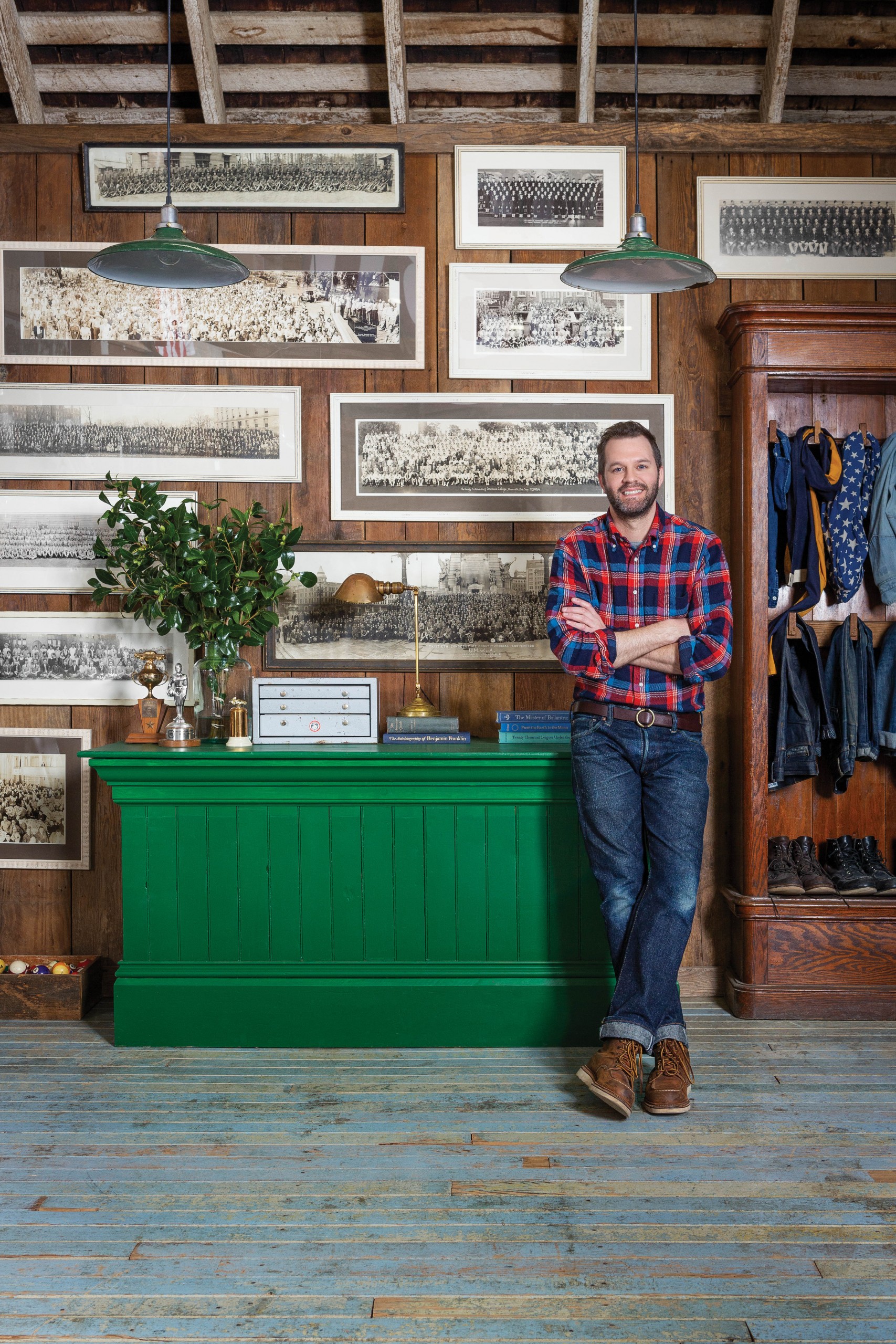 “I wasn’t that kid in elementary school with a subscription to Architectural Digest that you read about, who knew they wanted to be a decorator when they were 10 years old,” he says of his New Hampshire childhood. But when band life ended, he stumbled upon another dream gig: design. 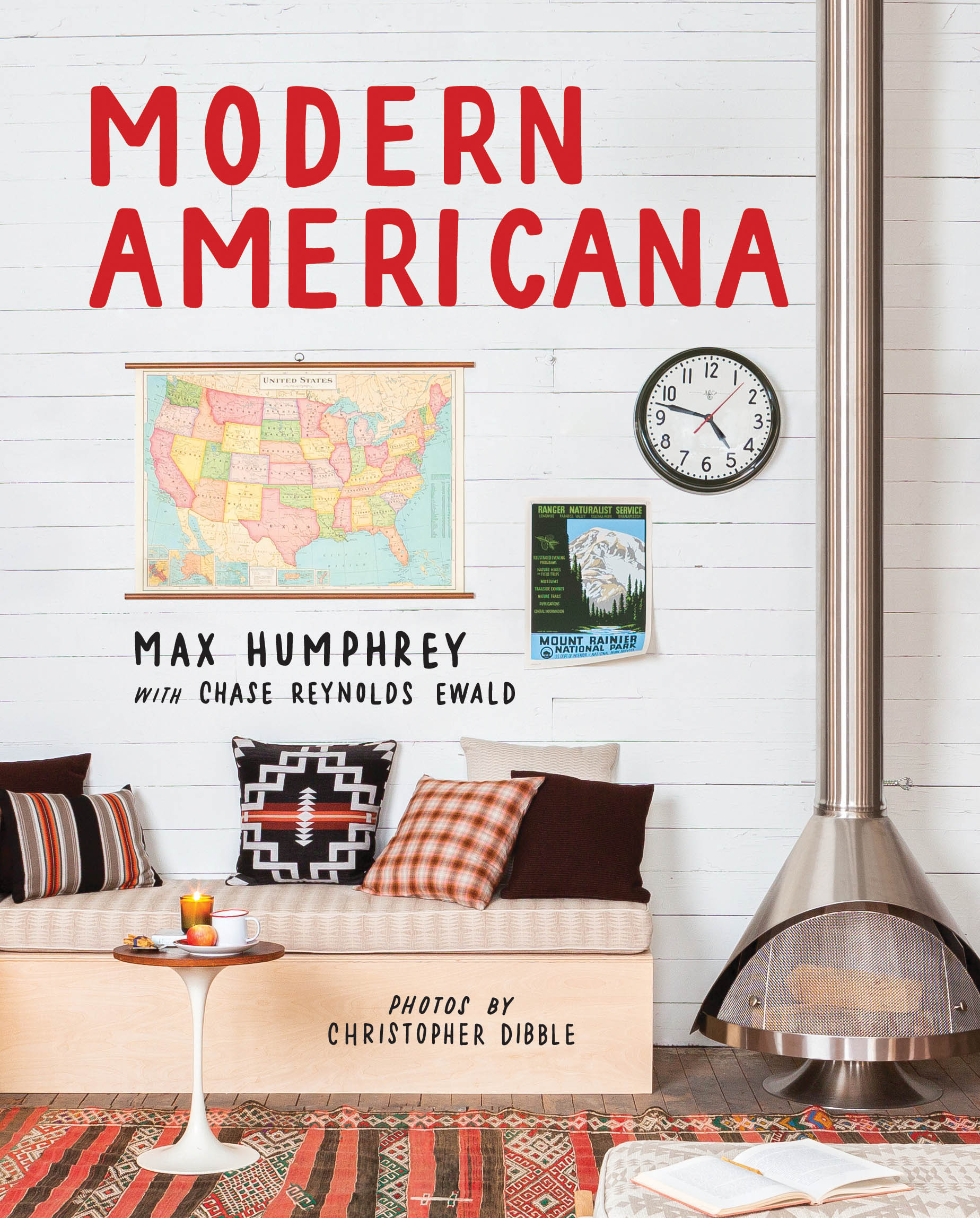 The cover for his new book, Modern Americana, which comes out in April.

Now, after founding his eponymous firm in 2017, he’s a design-world rock star, with collections for Thayer Design Studio (rugs) and Hartmann & Forbes (window coverings, out fall 2021), his own wallpaper (at maxhumphrey.com), plus a new book, Modern Americana (Gibbs Smith, 2021).

Here, we talk about everything from how to teach yourself decorating to which Denver antique mall stole his junk-shop-loving heart. 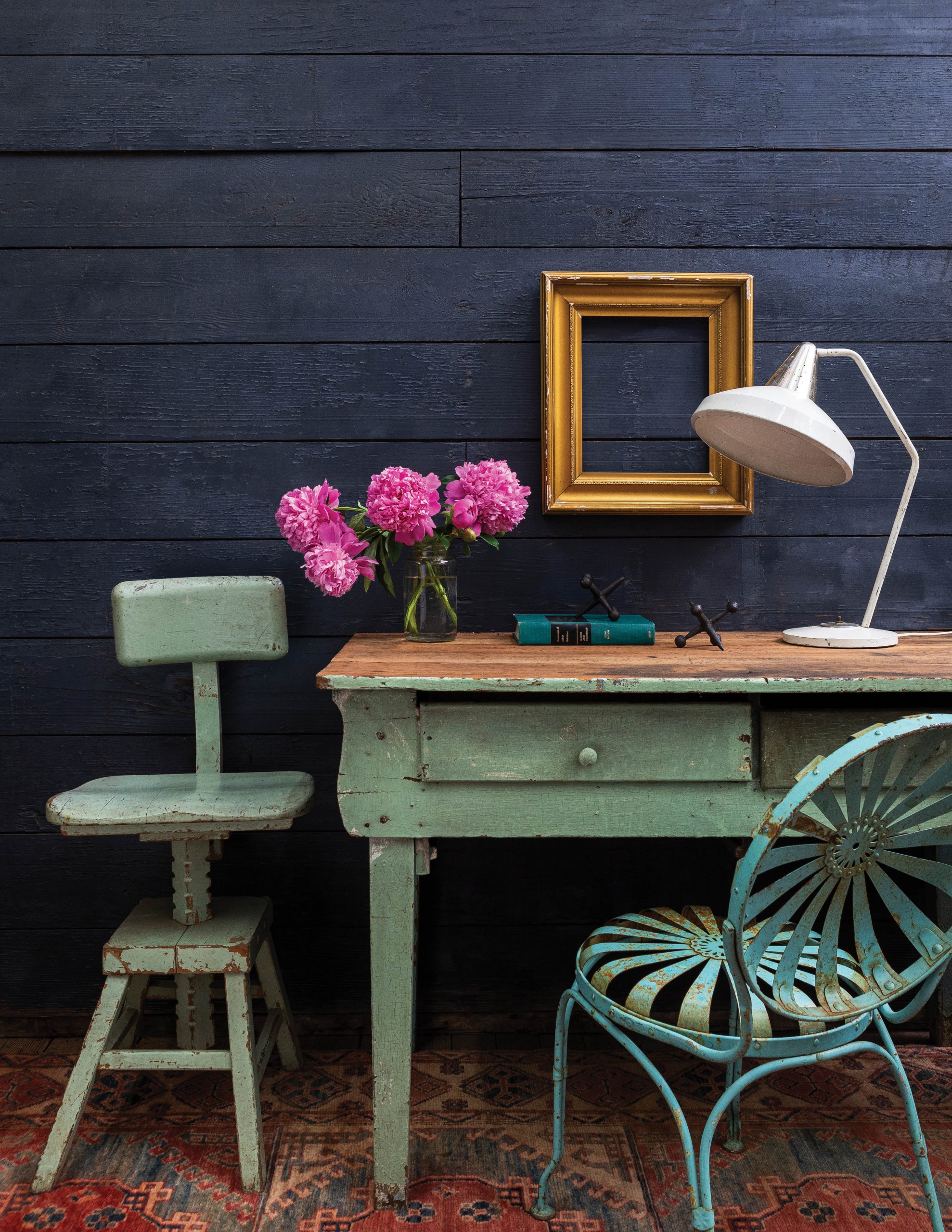 Finds from Aurora Mills Architectural Salvage in Aurora, Oregon. “I can’t say no to painted furniture. The chippier, the better,” Humphrey says.

When your music career ended, how did you realize you were a designer?

Going back to L.A. after living in crappy motels across the country for two years, I had a newfound interest in my own space. So I rented an apartment in this historic area called Larchmont that has a lot of old hotel buildings. As grody as it was, I had spent all this time living the band dream. So I had sort of a “I don’t want to settle and just go back to a job I don’t love anymore” thought.

And then, in the background, I was decorating my apartment. Decorating is the wrong word. I was filling my apartment, during the day. And I got more and more into that vintage shopping and kind of like, “Oh, it’s there. This is something that people do.” You know? And then I had a literal light-bulb moment that this, my hobby while I was looking for a job, maybe could be a real job.

What did you do to that space that made you think you were good at this?

It was a lot of DIY stuff. I painted it nonstop, over and over again—like I would wake up in the middle of the night thinking: “My living room needs to be teal.” So, it would be midnight, and I’m making a Home Depot run with gallons of paint hanging off the handlebars of my Vespa.

I was super into vintage shopping, and I liked chatting with shop owners. And the apartment had kind of a wacky floor plan, so I had a lot of fun arranging furniture, and rearranging furniture, and troubleshooting, and learning about designing it around the way I actually lived, you know? I was just fully into it. And then I was like, “Oh, there’s definitely a job here. I can do this.”

Then I found a part-time design assistant job at a boutique firm in L.A. I wrote an email to them that was like, “I don’t have a résumé, and I don’t have any portfolio work. I didn’t go to school, but I know everything there is, outside of that. And can I come work there?” So I got a job. 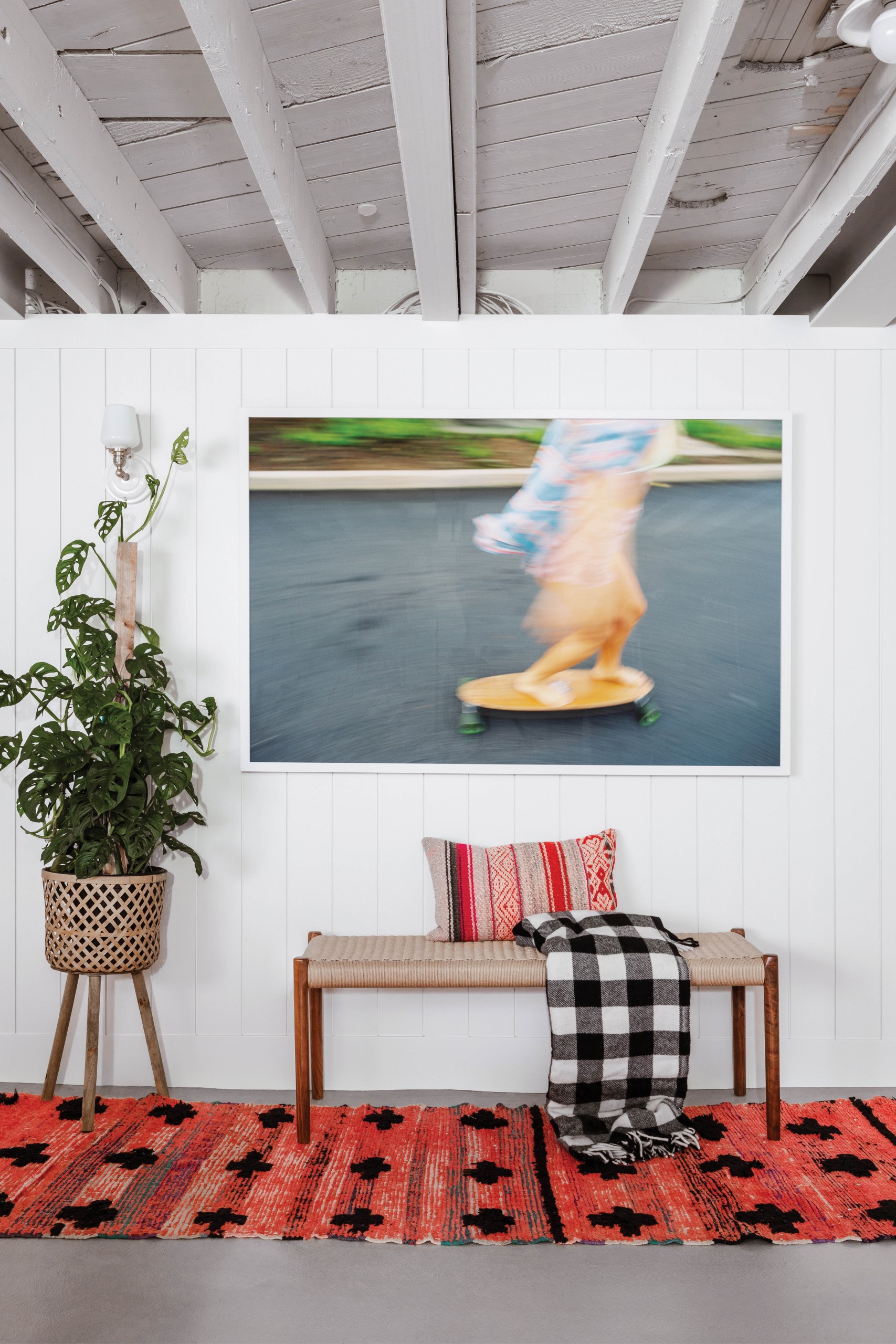 And the rest is history. What inspired your new book?

I’ve always loved design books. I love the internet, too, but there’s something special about an 8.5-x-11 image rather than a 5-inch image of portfolio work, especially when you’re interested in things like detail.

Since I’m such a big vintage shopper and fan of stuff that’s made here by heritage brands, I had the idea early on to write a book that was focused around design elements rather than design projects.

Also, this was my pandemic project. I don’t know if it would have happened outside of it. We pitched the book shortly after the pandemic started.

What are a few keys to the modern Americana aesthetic?

It wasn’t like it was a stretch to come up with the 70 that are in book, because there are so many things that can fall into the category.

Certain things you associate instantly with an Americana style, and that’s things like quilts, and grain sacks, and buffalo checks, and ginghams, and plaids. The great thing about those is that they can be used in really traditional ways or they can be updated in really modern ways.

What’s one of your favorite design rules that you use again and again?

Three of anything’s a collection. 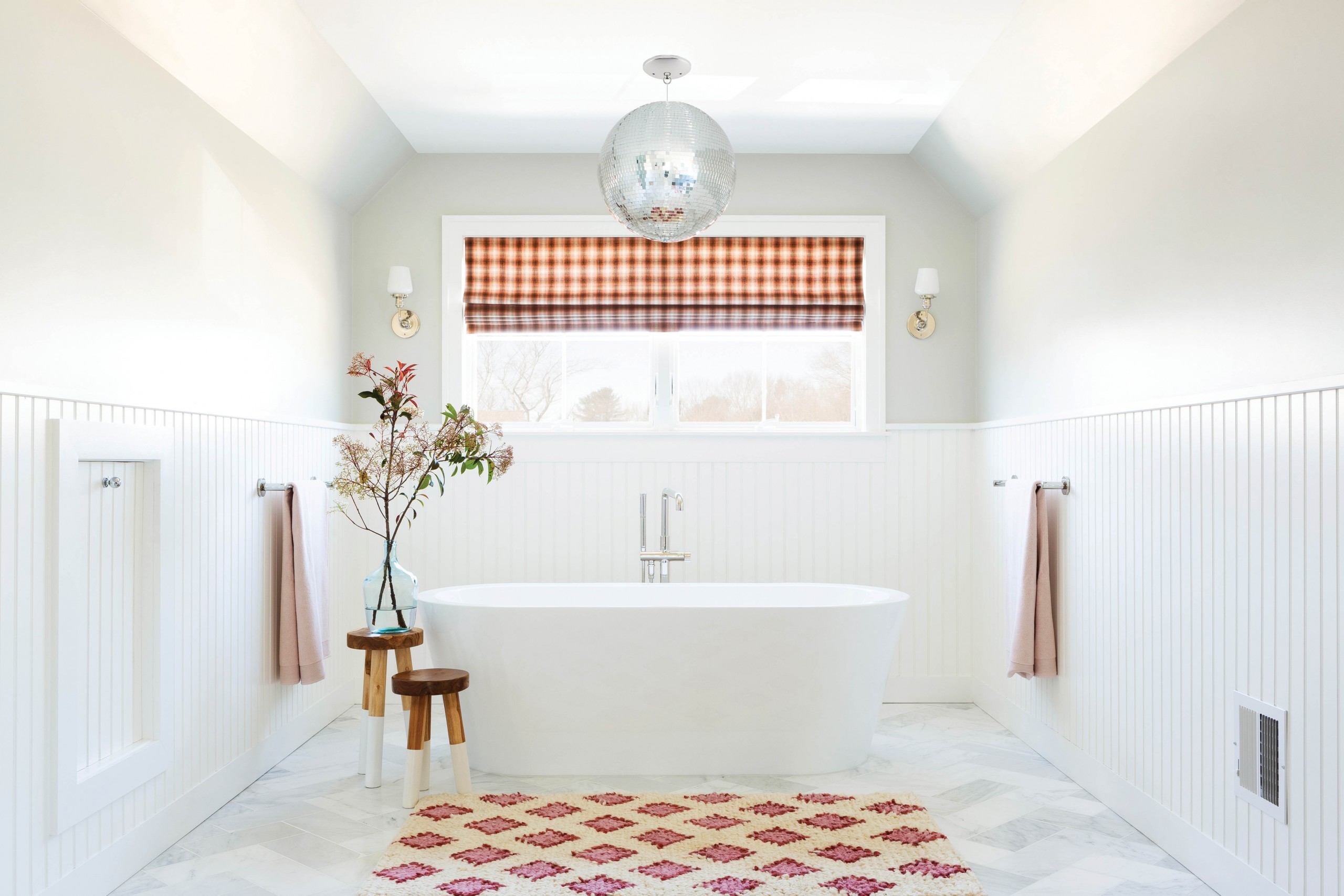 Bling in the Bath “The contractor wouldn’t install a chandelier because of pesky building codes, so I bought a disco ball from Amazon and called it a day,” Humphrey says of this bathroom in Boston. “When the light hits it from outside, it’s a full-on dance party.”

Do you feel like your design style and the things you like came out of your childhood?

A lot of my design is nostalgia based. I grew up in New England, and I live in the Pacific Northwest. Both of those regions have a strong style, and there’s a connection between the two, sort of, indirectly. There’s a strong connection to the outdoors. There’s a strong sense of history. And so I think there’s an element of New England design in my blood that’s taking some time to accept. I mean, I was a punk in my 20s. So that was as far away from the New England Americana dude as I could get. But then you slowly accept it and embrace it.

I know you were in Colorado recently. What was your favorite antiquing spot there?

I went to a handful of vintage stores in and around Denver, and I wish I had brought up a flatbed truck, because I could’ve cleaned up.

I went to an antique mall, the Brass Armadillo. I love that sort of stuff. I’m tireless. I love when there’s booths, you know? I look for things like vintage camp blankets and stoneware crocks, and old wooden ladders. It was like, everything I was looking for, I found.

Also, it’s always a good sign if you’re the youngest person there by 40 years.